This week’s column is completely dedicated to the crazy people who cycled in terrible weather last week. Thanks to Oliver Neilson for this report and well done to everyone who completed the ride!

Last weekend 50 riders hit the island’s highways and byways for the 5th running of the “6Points Challenge Mallorca”.

The riders rolled out in small groups to match their ambitions and abilities starting from the stunning Port Adriano at sun-up last Friday morning, but the sun never really put in an appearance though as the grueling first day was even more of a challenge than normal when the heavens opened.

The idea behind 6Points is elegantly simple. Cyclists set off for a friendly, mostly non competitive three day jaunt around the island, in the process raising much needed funds for charities based right here in Mallorca. Specifically the event takes in the extreme cardinal points of this cycling paradise: St Elm in the West, Cap Formentor in the North, the lighthouse at Cala Ratjada in the East and the lighthouse at Ses Salines in the South. They also pass the highest point, or at least the highest point you can practically cycle to, the tunnel at Puig Major, and the lowest point, which is the sea. This year for the first time a second, slightly shorter, and less arduous route, dubbed “The Valles” was introduced alongside the traditional “Muntana” route taking in the quiet lanes, vineyards and pretty villages of Mallorca’s interior.

The event is the brainchild of island resident Brian Visser and is in its fifth year. Last year disruption due to Covid restrictions clipped the event’s wings a little, but Bryan and his team beat the odds to run the event last October instead of its traditional dates in May. Again in 2021 Covid has necessitated an October start, but this year the roster topped 50 riders. Some old faces came back for more, but plenty of new faces tried it for the first time. Many were local residents but a few travelled thousands of kilometres to line-up at the start. 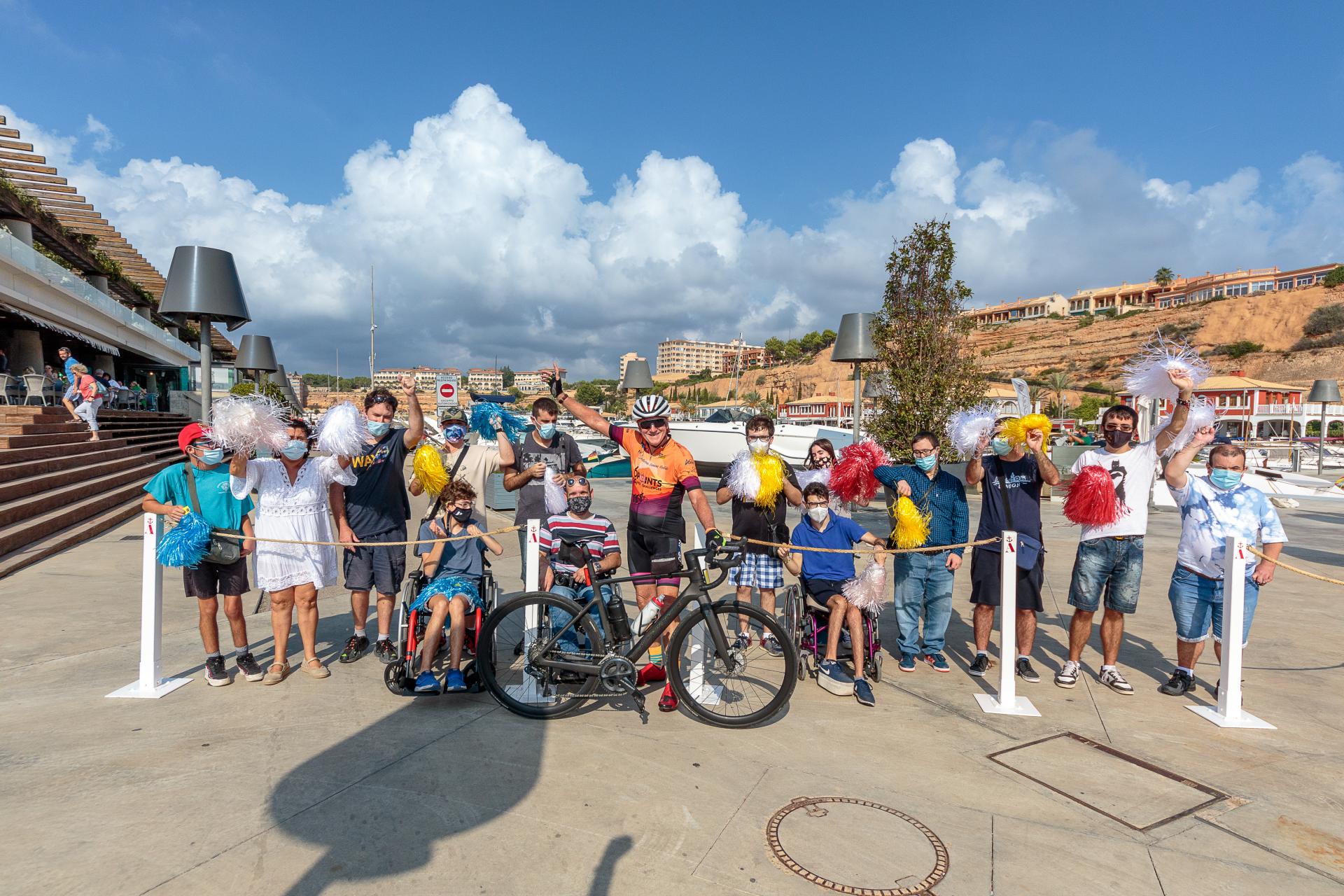 Day one is a beast, the hardest of the weekend by some margin. Taking the serpentine roads along the mountainous west coast it is 154 kms of cycling, and a whisker short of 4,000 metres of climbing on the first day alone. A deluge in St Elm set the tone for the next few hours. Mettles were severely tested as the rain persisted. Tired, glum faces turned to tired yet happy ones as the sun made its debut just as the riders began the long slog up the 14km climb from the Soller valley floor to the mountain tops still with their heads in the clouds.Day one drew to a close in Puerto Pollensa as the riders and support crew dined together and shared the stories of the day before an early bed, for most at least.

Clear blue skies and a light breeze were welcome companions on Saturday morning with the amazing ride to the lighthouse at Formentor. If you start early enough you can get the place to yourself, and with the last few kilometres still closed to motor traffic you can understand that for many riders this is one to tick off the bucket list, it’s perfection.
The final day was fast and flat. Starting from Sa Coma in the East the first few hours were spent zipping along the deserted Sunday morning roads with a refreshing autumnal chill. The lower temperatures were quite a relief as many of the locally based riders trained for this year’s ride in the stifling summer heat. The 6th and final point was ticked off at the lighthouse of Ses Salines, with perfect views across to Cabrera, and then on through Palma to a warm welcome back at Port Adriano and a guard of honour from the folks from the charity Asdica. 6Points is proud to support Asdica, a small Calvia based charity that supports learning disabled young people and their families in the municipality. Asdica welcome the financial support from the ride as it makes a large improvement in the annual budget, allowing them to offer more to those who need their assistance, and have always given fantastic support welcoming the riders home.

This year for the first time 6Points has also partnered with Yachting Gives Back, a relatively new organisation that has mobilised the superyacht community on the island to support local homeless shelters and food banks. Their work is more important than ever as COVID has placed more people in difficult situations. Their founder Nick Entwistle said, “We are most grateful to every one of the 50 riders who braved the miserable weather on Friday on our behalf and hope you all enjoyed the better conditions on Saturday and Sunday. We are very conscious of how much effort and generosity 6Points puts into raising funds for Yachting Gives Back and you may rest assured that we will put every centimo to very good use helping Mallorca’s hungry and homeless.” 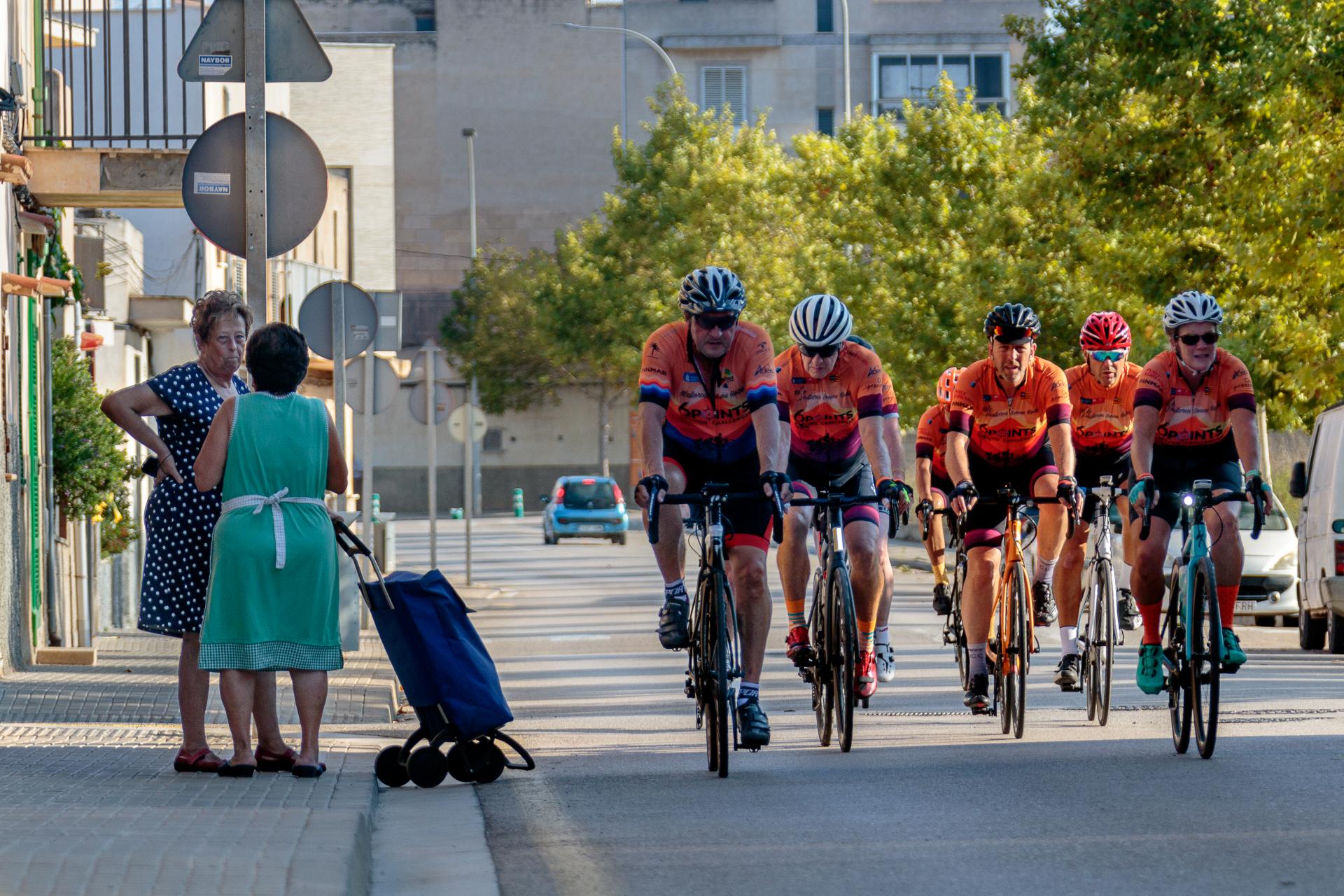 6Points founder, Bryan Visser has spent much of the last week counting sponsors and donations, and so far it seems that this year the event has raised over €25,000 already with more still to count, taking the total raised over all five years to more than €125,000. “2021 was the 5th anniversary year of 6Points Mallorca and, according to all feedback, it was very successful. Some stats - 50 riders, 9 support crew, 6 support vehicles, 18 donors, 21,520 kms, 281,500 metres of climbing, 531 meals, and 320 gigabytes of photos! What a ride and huge thanks to all of our sponsors, riders, support crew, helpers and, specially, to Mallorca Senses Hotels for their amazing support and hospitality and to the Ajuntament de Calvia for their continued wonderful support”, Visser said.

The dates for next year are in the diary already, the aim is to get back to the preferable May start, so mark out the 20,21 and 22nd of May in your diary, and get training, it’s only six months away. If you don’t think you are fit enough for the big event, the organisation organises sporadic rides, a couple of hours and a lunch, and will be operating a women’s group ride from Alaro with team member Amy at the end of October. If you don’t fancy slipping on the lycra at all, then there is always space to join the volunteer team of support cars without whom the event would be impossible. It’s all the fun but without any of the cycling.

To keep up to date, follow 6Points on social media where you will find details of events, and a link to the web page to reserve your place for 2022.
www.facebook.com/6PointsChallenges, www.asdica.com,
www.yachtinggivesback.com