One day in the middle of last week it seemed like the end of something. I suppose it was an end to the fabulous weather we’ve had this autumn, summer seemed to go on forever. And of course when the clocks go back it’s quite a big change for most of us. When it’s warm, dark evenings aren’t an issue. But add the cold and suddenly it’s winter.

There is now a plan within the European Union to do away with that one hour change twice a year. Apparently some kind of vote indicated a preference for sticking with the same time all year round. Nobody asked me, I had no idea the question had even been raised. Did you know about this? Now, the Blonde might interject here and say ‘that’s quite normal, you never know what’s going on’. Unfair I would say, it depends on the subject, I rarely miss any car, food, ski or tennis related news. It seems that most of Spain voted, in this unpublicised poll, to stay on what is current wintertime. Most of Spain is much further west than here so they have daylight quite a bit later in the evening than us in Majorca. Around an hour later in the wild west. Conversely stays dark in the mornings by the same margin. It will not be a surprise to you that the Balearics voted to stay on summertime all year round. Watch this space in a year or so to see what is imposed upon us. In my humble opinion we should all have whatever time we like, individually. It could be chaotic but a concept worth mulling over. Meeting for a drink could be interesting, your 7pm could be my 9.

Going back to the end of summer. The abrupt drop in temperatures and a vicious glacial north wind is something most of us don’t look forward to. At least I hope not! The end of summer in Mallorca happens in one day, just like summer’s arrival. And everything changes, suddenly jeans are not unbearably hot any more and sandals ridiculous. People stay at home because sitting on the harbourside watching the waves lap gently is not so nice when big buckets of water are being thrown down from the heavens all around. 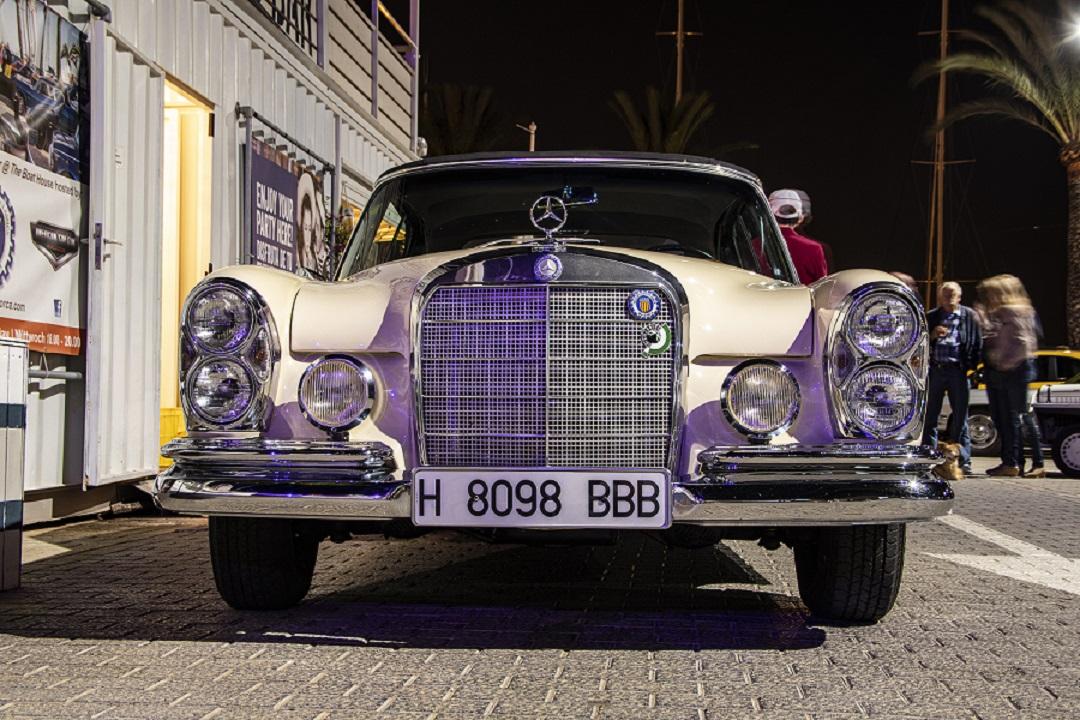 Anyhow, despite our evening daylight being stolen by the clocks changing, an unseasonably warm evening resulted in a great turnout at The Boat House car meet. It may well be the last warm one of this year, or even before spring. One of the upsides is that the evening light makes for some great photos, moody and full of shadow, enhancing the paintwork and making the chrome glitter. 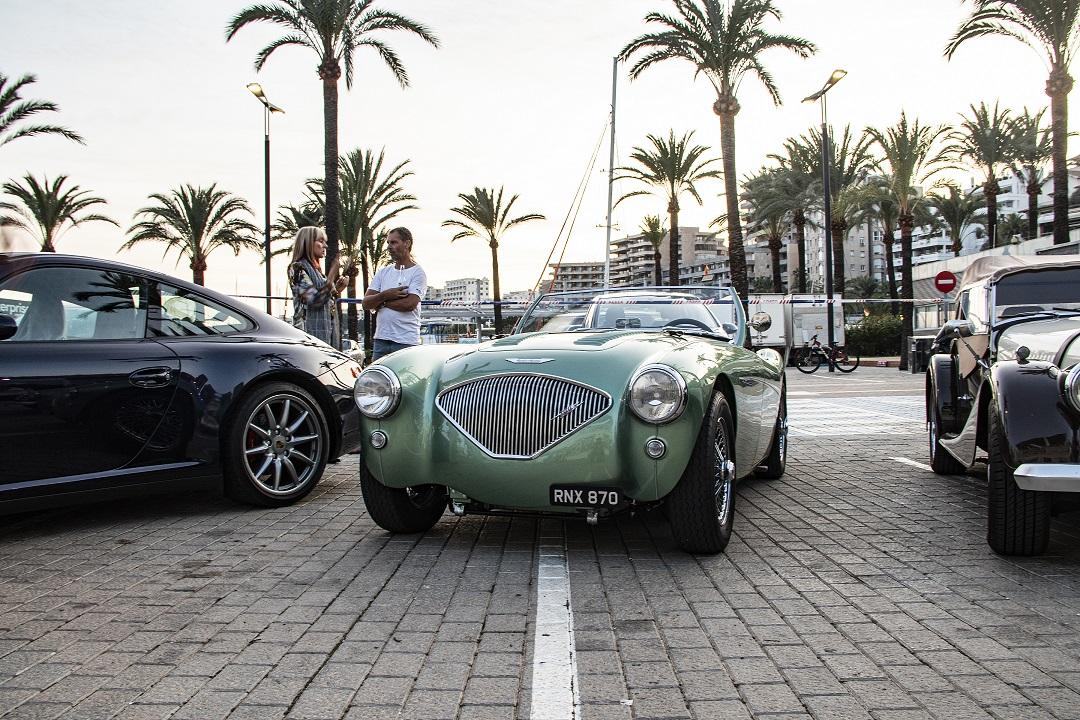 For the next few months, the weekly Wednesday car meet will be sporadic, depending on temperatures and likelihood of precipitation, but I’ll try to bring you some car action as and when it happens. There’s certainly no shortage of stuff going on, the Classic Car Club still drives all over the island once a month, next time in a couple of weeks. Day time car action is never in short supply over the quick, sunny Majorcan winter. Over and out for now.