I have been having a ‘Writers moment’ this week and its all to do with Sollerweb. This is the page I update many times a day giving stories, facts and news about the Soller Valley. Ten years into this work I have a bit of a following and many people exchange comments and views with me every day. I love the buzz of a page that gets people talking and exchanging sometimes controversial views. Most of the time I stick to facts and stories rarely giving a view of my personal opinion. My take on this is that I am not really interested in being right or wrong. My view is just that – a view. So occasionally when people call me out online criticising fact because they believe it is my view then the whole thing goes pear shaped. Many readers don’t like the content if its about change to anything in the Soller Valley they hold dear. This is when I get the flack. All I can say dear reader is please don’t shoot the messenger!

One of the messages this week was about a beautiful photograph of the Soller square which was uploaded. Comments came back saying it looked a bit empty and not very Christmassy. Others retaliated by saying its still November and Christmas will happen in Soller, as it always does, in December. Then flying back came the comment that the rest of Europe is decorated and they love it and wanted it to happen sooner here. A small example of Facebook chatter and the strong opinion it generates when it is about somewhere people love. I think it proves that its always good to talk!

The weather has been interesting this last week and fallen leaves and rain have not been a good combination. Elderly people slipping, broken bones for Christmas is an annual event. The tree fellers are out in force in Soller right now. They do a radical pruning of the trees every year. Some streets will have branches chopped next week and a complete collection of the leaves. Hopefully all the Soller streets will be able to be walked on again soon.

Last Saturday I attended the St Cecilia concert in the Convent Church. Cecilia is the patron saint of music and Soller always has at least two concerts in her honour. I attended the one that gathered over 70 singers and musicians. A choir, musical groups of singers and drummers, individual young musicians accompanied by Suzanne Bradbury on piano and our fine pianists giving solo performances. This community are all local giving their time and talent to their Soller audience. The Church was full of their supporters and an audience who enjoyed every minute.

Everyone of the contributors had other things they could have been doing with their time but they gave it up for us on Saturday night. 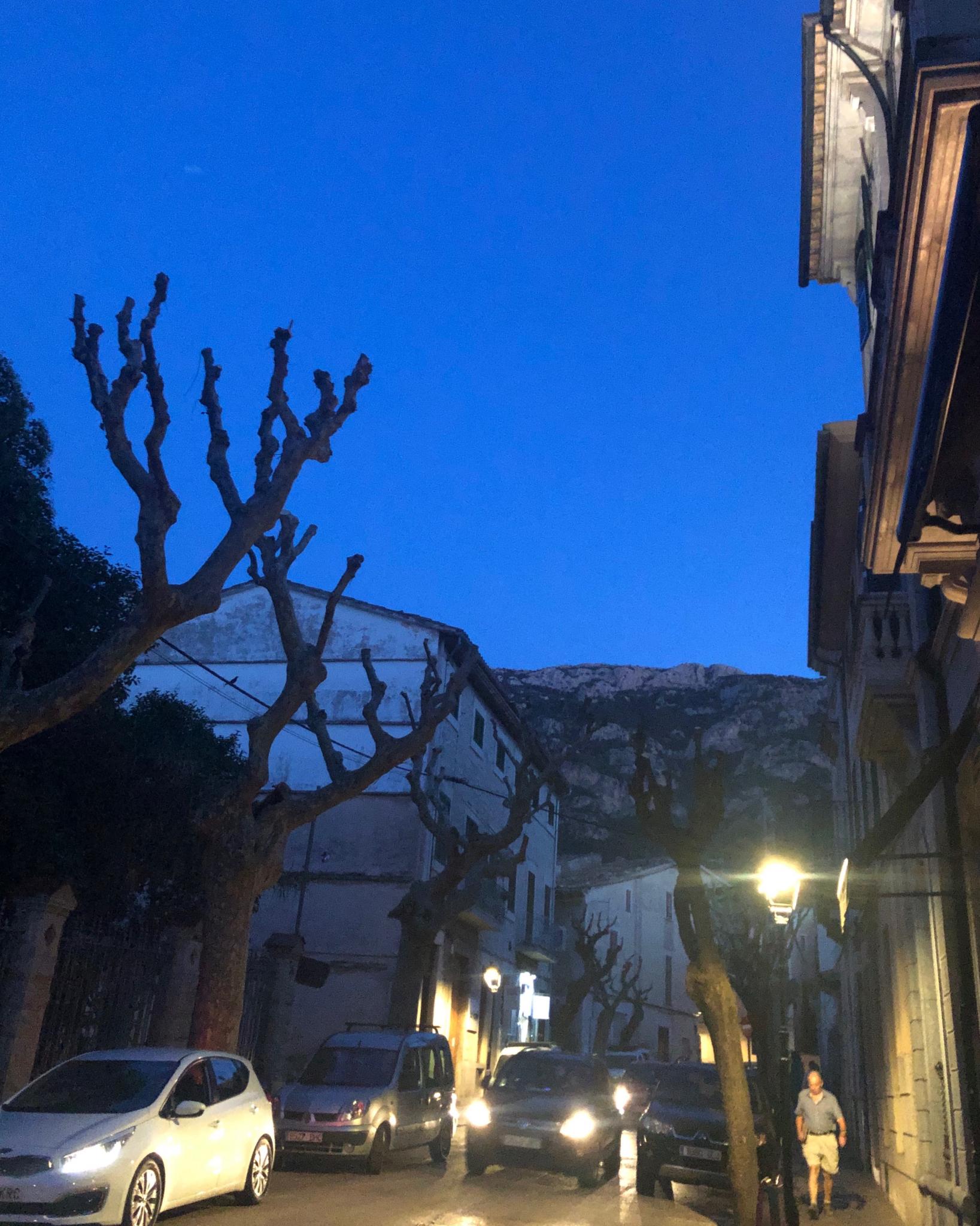 The rain poured on Saturday while many of us where in the Soller Sports Hall of Es Puig. The basketball team my youngest granddaughter plays in were having a match. This was well supported by both sides with cheering galore. Saturday morning local sports is the lot of many parents on the island and it was a great way to keep out of the rain and cheer them on their way.

The Soller train is on its last two weeks of 2019. It closes annually from Mid December to the beginning of February each year. Maintenance, renovation and staff holidays are taken during this time. The difference the train makes to the centre of Soller is huge and Soller takes on a very local air during those months. We still get bus loads of visitors and our own bus service from Palma is frequent so all is not lost. The cruise ship visits are very popular in December with many ships still docking in Palma and sending their guests up to us in Soller. They arrive and walk through the City to Can Prunera – The Museum of Modern Art. Then a visit to St Bartholomew Church. If their itinerary allows they head off on the tram down to the sea and marvel at travelling through the back gardens of Soller. The Tram becomes a bus for two weeks in January when tramway repairs take place. This is of course after the arrival of the Three Kings. They always arrive by sea and use the Tram to get to Soller Square to distribute presents. Our vintage transport system is still very important to the life and soul of this place.