There are changes on the way – well in the plant world at least. Fungi will be making an appearance here and there, and the woodland floor and short grassy areas can be good places to look for them. Soon the Almond trees will be coming into blossom, adding a splash of white to an otherwise bare looking tree at this time of year. It is also the time when opportunists will peck at the fresh blossom, Great Tits and Blackbirds for example. Wherever you go on the island there will be a splash of colour here and there, mixed in with the shades of green of the open countryside.

Many fields and roadside verges contain plants from this year that have now gone to seed, Crown Daisies, Thistles, Hawkweeds and Asphodels to name a few, and the seed heads are a rich winter food source for birds such as Chaffinches, Greenfinches, Linnets, Meadow Pipits and Skylarks. One thing I like about Majorca is the fact that things are left alone, and not sprayed unnecessarily or cut down, but left to seed which will produce next year’s abundance of colour. The reed beds will be playing their part too around this time, where the expanse of reeds around the Albufera Marsh will provide a roosting site for Starlings, which can number close to three million birds (more on this spectacle next week). Anytime of the year is an exciting time on Majorca.

One time in the Arta region, I kept seeing small groups of a purple-pink flower clambering their way low down through the roadside vegetation, and was able to identify it as Fumitory. 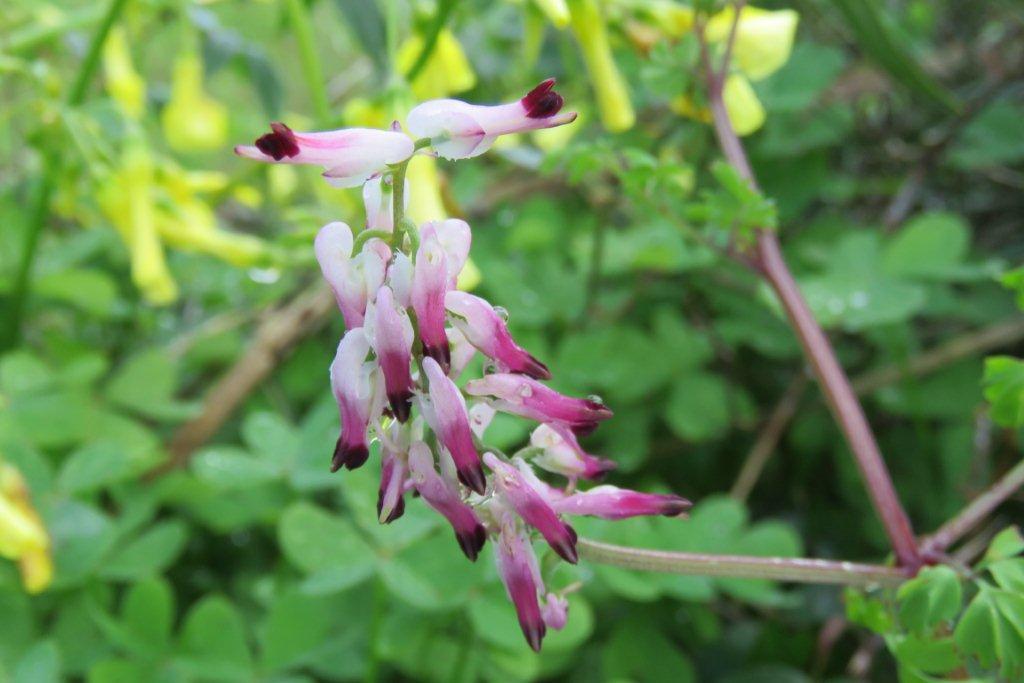 Once seen this species is never forgotten for me, as looking beyond this first group I ever saw was a single Almond tree in full blossom – and the two just seemed to go hand in hand. It was around the same time also in the Arta region near to the Betlem Hermitage that I stopped at the roadside where a little stream had flooded, and there growing in clumps from the centre were Daffodils. It made a lovely scene. As pretty as they are, all Daffodil species contain poisonous alkaloids. But I absolutely love seeing fields full of Autumn Buttercups where the ground is covered by a swathe of vibrant yellow. I once saw a female Marsh Harrier stood in the centre of a field of Bermuda Buttercups by Ternelles Valley, and it made a lovely scene, but stopping the car to carefully get out and take a photo was enough to move her on. 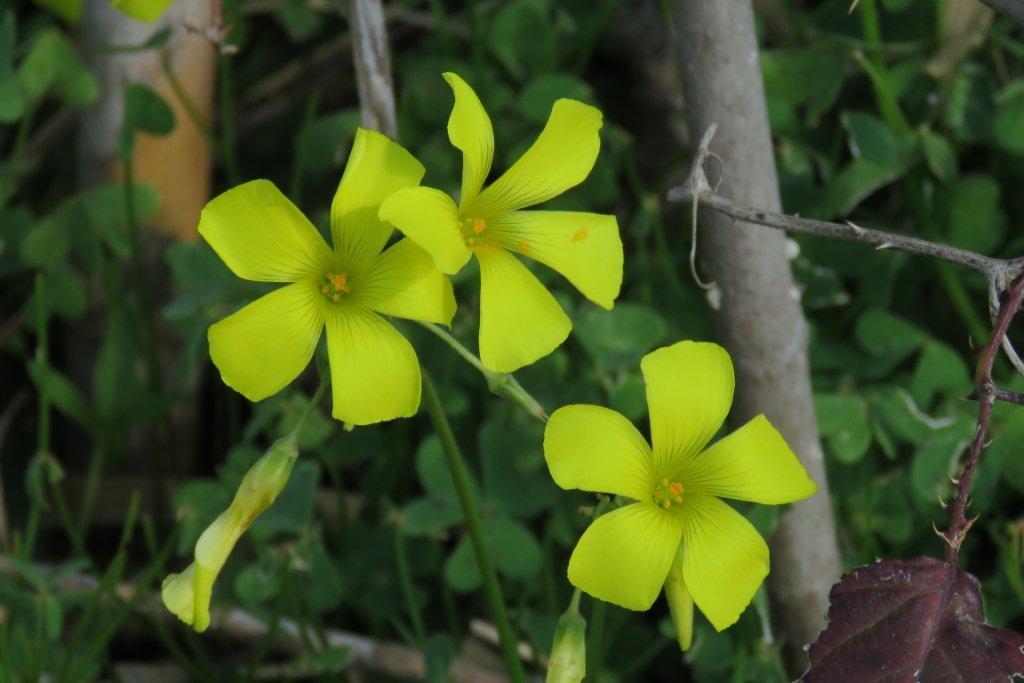 It is always a pretty scene when a field is full of Buttercups, and when a Stonechat, Black Redstart, Chiffchaff or Hoopoe are pecking around amongst the plants for insects, it makes the scene that more interesting. For me however, nothing beats a visit to Lluc Monastery for one of my favourite plants on the island – partly because of the odd-looking flower, but also because of its name which fits in perfectly with the setting – Friar’s Cowl. I often wonder if in years gone by, when the Monks were walking around the grounds and surrounding area of Lluc that they realised this plant had a name associated with them? Fond of hiding in the damp undergrowth, these cute little plants raise their stripy green and brown hoods above a set of arrow-shaped leaves. The walk around the cobbled steps leading behind the Monastery sees this plant growing amongst the foliage and between the cracks in the limestone rocks.

This circular walk around the Monastery (after a nice cup of coffee) is also a chance to look for the resident Firecrest which frequents the foliage of the Olives, Cistus, Dwarf Palms, Holm and Turkey Oaks. Also to be found here are chattering Chaffinches and Greenfinches, and in the winter, higher numbers of Song Thrushes and Chiffchaffs. But there is another species of bird to look for here, and is only found in certain parts of the island, so it is surprisingly a speciality here, and my chosen bird of the week – the Blue Tit. 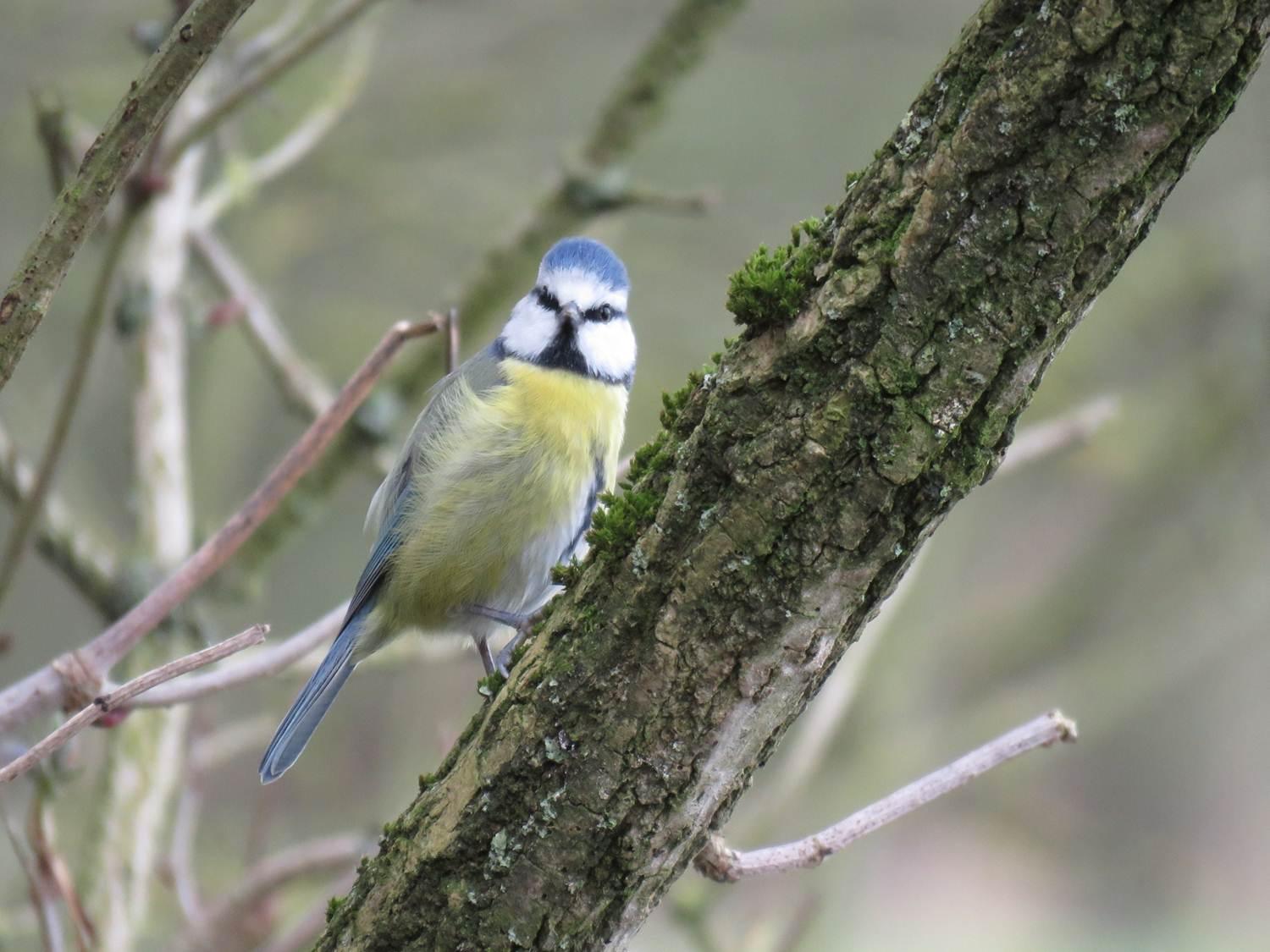 This small resident breeder is in fact quite isolated in its range on Majorca, found only in a number of locations and all of them at higher than expected altitudes. They are certainly not a species here familiar in towns and gardens. The foliage and thick trees surrounding Lluc Monastery however are one of the best sites to see them. This little bird is packed with character and is a beautiful little bird. They weigh a mere 10-12g and are only 11.5cm in length. The voice is a ‘tsee tsee’ and they have an alarm call of ‘chrrrr’. They nest in a natural tree hole, a gap in a wall and nest boxes, where a cup-shaped nest of moss is made lined with feathers and fine grass, where anything from 6-16 (yes up to 16) white eggs with reddish spots are laid. Food consists of larval insects, Spiders and fruit with seeds in the winter. When feeding the young each pair can catch up to 3,000 Caterpillar’s per day. The adult is the only European ‘tit’ with a bright blue crown, bordered with white. Both sexes are similar. Dark lines are found from the bill and through the eye and around the back of the head to the otherwise white cheeks. The upperparts are yellowish-green and the underparts a sulphur-yellow with a small blackish central streak. The wings are dark blue with a white wing bar and the tail a grey-blue. The bill is short and black and the legs a dusky-blue. The Blue Tit is happy in habitat with trees but generally avoids conifer forests, and outside of their breeding season they wander into reed beds and even cliff tops. They tend to feed high up in the tree canopy. They can be seen tapping reed stems to locate hidden prey and are also known to hang by one foot and grab food with the other. A remarkable little bird that is certainly worthy of being ‘bird of the week on Majorca’.