This week’s news in Soller has transport at its hub. The knives are out and being sharpened very publicly. Let’s start with the train which is coming to the end of its repairs and renewals phase. The train is due to start again February 2, 2020 with some shiny new track and a general sort out. What most of the locals want to know is what attempt has been made to make the train more accessible in these working weeks in the shed. If you have trouble with your knees it is impossible to climb the steps and wheelchair access is a big groan. It is only a matter of time before there will be a court ruling on this issue as it is so against all the disability access laws.

The powers that be are sympathetic to the need and ensure that staff help those who need extra assistance where they can. This is quite simply not the point. People with limited mobility want platform flat access with no steps. Even if only one carriage per train was organised this way it would go a long way to the independence criteria being met. Maybe we will be surprised to find that this might have been achieved during the close down. I really hope so…

The Trams are off the track currently and we wish the same for them. The lower step to make slightly easier access is installed in some carriages. It is to be hoped that this has been a job for the winter too. The thousands who enjoy this trip every year would be enhanced by thousands more if the steps were sorted. People with disabilities just want to get on the tram like everyone else. They don’t want a special person on hand to help push them on. This is not the quality of life in travel they want. The outcry for this is becoming too loud to ignore and the Ferrocarril has to come up with the answer. No-one would believe them if they said they couldn’t afford to do the work. 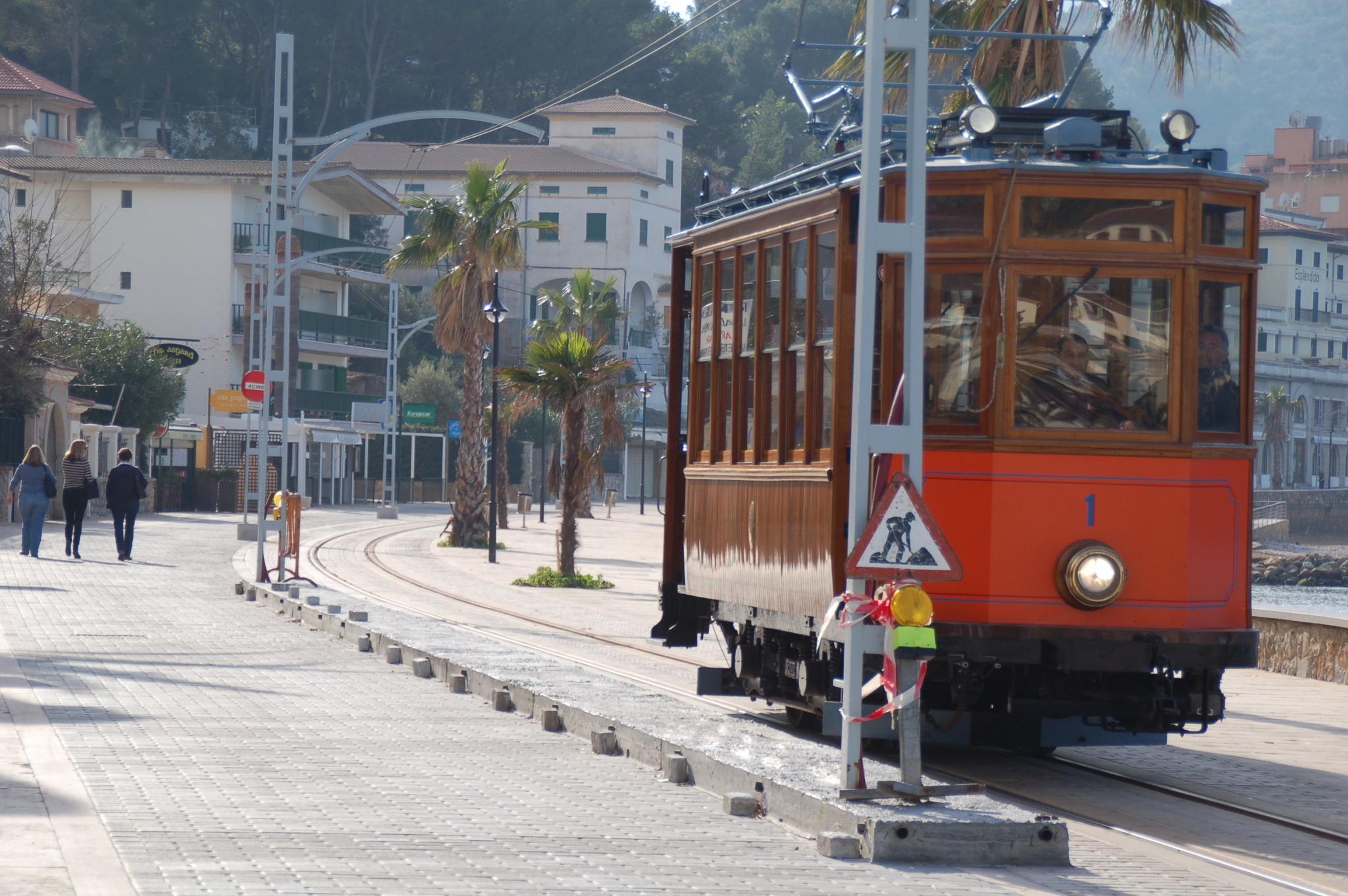 The Taxis are the big story of the week which has started a social media storm. Summer taxi’s in the Soller Valley are as rare as hen’s teeth – you never see them. They are booked and busy all day and night long. Disgruntled queues form at the taxi rank and stories of how pre booked taxis do not turn up are common. The rules of the distinction between Soller and Fornalutx taxis working in one another’s patch make no sense at all.

The announcement was made that a number of Temporary Taxi Drivers licenses were going to be auctioned was met by disbelief. This would allow 6 new licences to be issued (for a price) between April and October. The argument about who should allowed to bid was the subject of much debate. This has still not been resolved and nor has the final number of temporary licenses. Local businesses have suggested a local version of UBER and you can just image how that went down. While all these people protect their interests there is a very real problem for the travelling public. The Hotels Association of the Soller Valley are very vocal on this subject as they receive so many complaints from their guests. Not everyone who holidays here hires a car and they need all our transport systems including taxis.

The next complaint comes from those using our bus services. For two years now the tantalising promise of extra services well into the night was on offer. When all the bus companies had to tender for their routes we were in trouble. The unsuccessful companies took the bus company to court and this delayed everything. We are promised, new buses, new bus company, extra routes etc. etc. The only problem now is when that is actually going to happen.

The Soller Valley is known as ‘The Island within an Island’. With all the transport problems it is still the case. In the past the people found it easier to travel by sea out of the Puerto Soller. Maybe that is the answer now for a fast catamaran service to pick us up and whisk us off to Palma. The sky is the limit for one our entrepreneurs to sort this as long as they make accessibility their priority.