Campanet is a small place of some 2,600 people. Small but not as small as its neighbour Buger, which has a population that is less than half of that of Campanet. Once upon a time, Campanet and Buger were as one, a unified municipality before Buger gained “independence” over 200 years ago. Just think how it would be nowadays if there hadn’t been independence for Buger - a municipality of some 3,600 people.

The Fonts Ufanes and the Caves of Campanet; these are what Campanet is most known for. Small villages of this type tend not to yield many big names - all things being relative in terms of bigness, that is. Campanet is no real exception, but in the nineteenth century there was the happy coincidence of two births seventeen years apart. The second, in 1881, was Llorenç Riber i Campins, a priest and poet who was a leading Catalan literary figure but whose reputation dimmed in the eyes of Catalan nationalists when he began to collaborate with a right-wing publication, “Acción Española”, the year before the Civil War broke out. 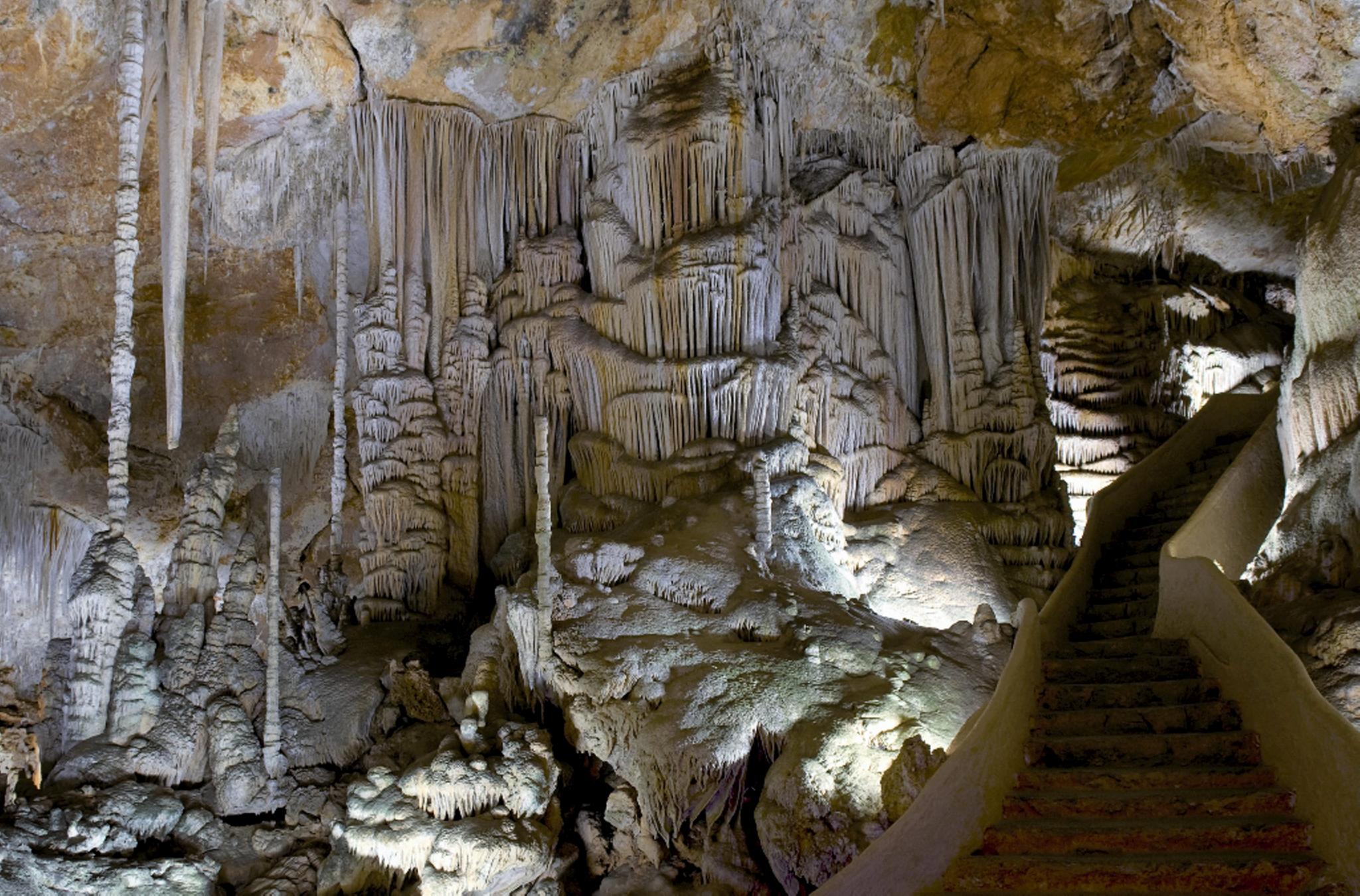 Given the seventeen-year gap, Riber wasn’t of course an exact contemporary of Miquel dels Sants Oliver, but for a small place like Campanet, which by then could claim a largely unremarkable five hundred-year history as an independent municipality and in failing to produce notable “names”, the seventeen years were incidental. Riber and Sants Oliver supplied Campanet with a prominence that it had not previously known, and the pair had a common link - that of the written word in Catalan.

Miquel dels Sants died one hundred years ago; it was the ninth of January 1920. At 55, he died at a young age compared with Riber, who lived to the age of 77, but he left what was to be a greater legacy than Riber. It is fair to say that he was a more rounded individual, whose interests were far broader than those of the priest from Campanet. Indeed, it is no exaggeration to state that he was thoroughly modern for his times and most certainly a visionary, which might seem odd given that he came from a small rural backwater like Campanet.

To commemorate the exact day of his death, the Council of Majorca last week held a special event to honour him. A book was presented at this event - the final volume of his complete works. And those works were considerable; they contained essays, articles and poems. His relative closeness in age to Riber meant that, in terms of poetry, he was part of the so-called Majorcan School. But when it came to influencing the use of Catalan and of promoting the language, he was all but unrivalled. Another priest, Antoni Maria Alcover, he of the Majorcan folk tales and the “Catalan-Valencian-Balearic Dictionary”, was at a comparable level, and Sants Oliver and Alcover were more or less exact contemporaries - only two years separated them.

His was a modest but nevertheless comfortable upbringing. His father was a journalist, and Miquel was to follow in his father’s footsteps. While his influence was to be felt in various ways, such as being a founding member of the Institute of Catalan Studies in Barcelona in 1907, it was his journalism that made him the truly influential figure that he was. And this influence was to have a profound impact on Majorca.

Towards the end of 1905 there was an historic gathering at the offices of the Chamber of Commerce in Palma. It was the first meeting of the Fomento del Turismo, the Majorca Tourist Board. Sants Oliver wasn’t at that meeting, but he had influenced it, as he had been one of two journalists - Bartomeu Amengual was the other - whose writings had advocated what was known as “the industry of the foreigners”. He and Amengual were invited onto the board’s Trust, a recognition of how important they had been in setting out the vision for this new industry.

It would’ be an overstatement to claim that he invented tourism in Majorca, but he most definitely shaped it, and he did so with a series of articles that were published a full fifteen years before that first meeting of the tourist board. There were ten articles, mostly under the general title of “Desde la Terraza” (From the Terrace) and subtitled “Páginas Veraniegas” (Summertime Pages).

The final article in that series was a vision of how things could be. Sants Oliver predominantly viewed tourism potential in terms of the Tramuntana and attractions such as the Caves of Drach, and he did so by stressing an urgency. “It is a matter of taking advantage before the rapid transformation that we are not far from witnessing starts and extends.” He could see how this industry was beginning to take hold elsewhere. Majorca, he said, will no longer be “the primitive Majorca”. He envisaged “comfortable lodges”, travel such as by funicular railway to the Puig Major (for which there was to be a plan many years later). Ears will hurt, he suggested, from the sound of “the accents of all European languages”.

For someone from a small place like Campanet, his was a remarkable vision.