Mediaeval mythology in Majorca conjured up the figure of the dragon. A body like a snake and with wings like a bat, its evil powers were typically deployed to guard great treasures. It seems that the Caves of Drach took their name from such a guardian beast. “Drach” or “drac” is dragon, and the symbolism of the Majorcan dragon goes beyond that of a monster (breathing fire or not) who can only be defeated by acts of fantastic heroism. The sea in Majorcan culture is also a dragon, a truly unbeatable and untamable force. 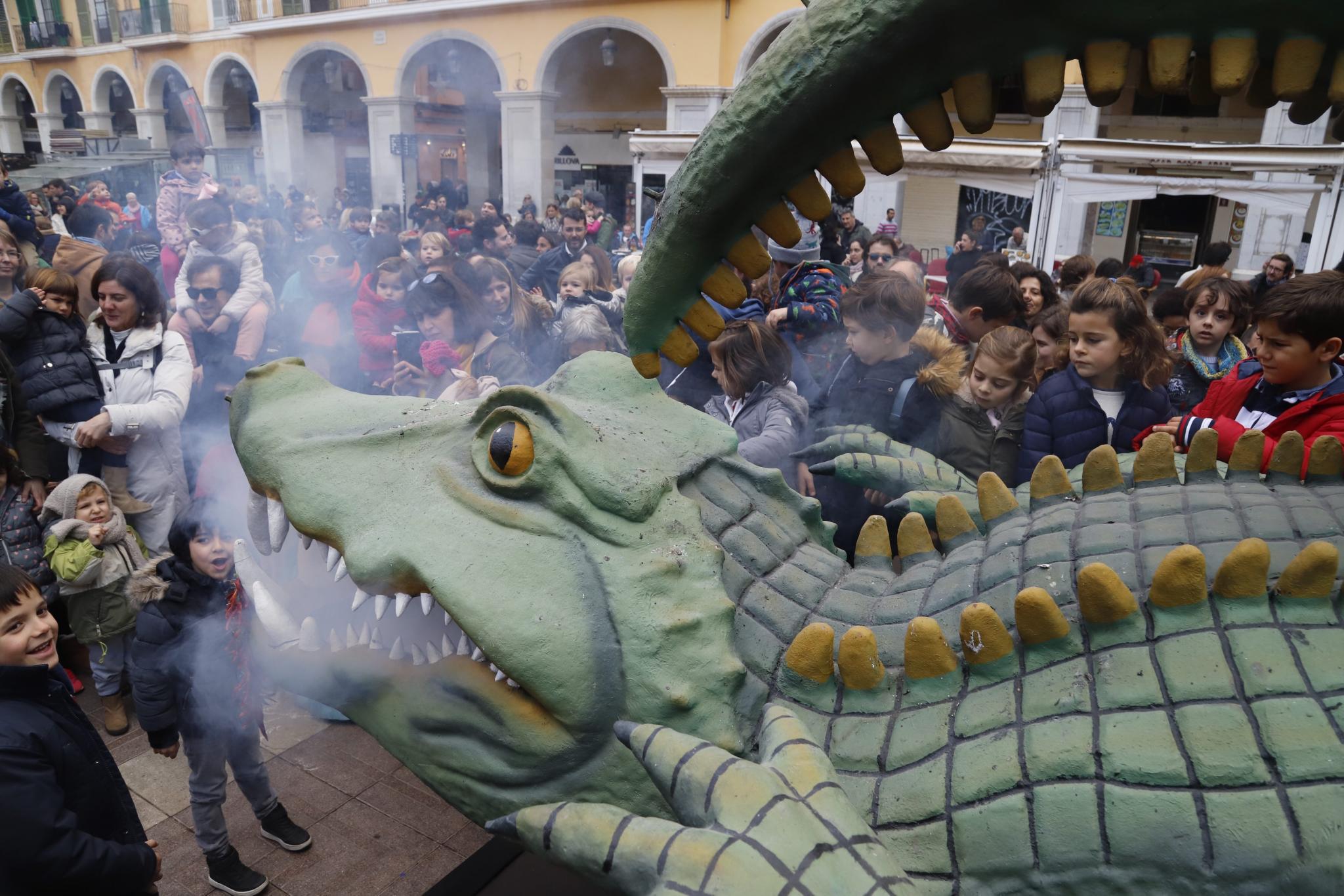 The folk tales of Majorca contain a handful of animal-only fables. Common elsewhere in Europe, such as with “Three Little Pigs”, perhaps the best known of the animal-centric tales gathered by Antoni Maria Alcover in his collection, “Rondalles Mallorquines d’en Jordi des Racó”, was “El gallet, l’anyellet, la godineta i el drac”. The cockerel, the lamb and the sow head off for an adventure together, only to come across a dragon. The cockerel and the lamb will be swallowed by the dragon, but the sow is a true heroine, defeating the dragon with cunning. The three animals all return home, happy, safe and sound.

The origins of Alcover’s tale, like those of “Three Little Pigs”, are unknown. They came from oral folklore, which in Majorca can be taken to mean from Catalan times. The Majorcan dragon of mediaeval times was no different to dragons from mythology elsewhere in Europe, and the dragon was present as an heraldic symbol in Aragon, Catalonia and Valencia before the conquest in the thirteenth century. The crown of the conqueror himself, Jaume I, featured a dragon.

The dragon as guardian of treasure goes right back to Greek mythology, so the Majorcan and European dragon of The Middle Ages had a long history. But there was more to dragons than mere folklore, and this was because of the role of religion and the legends that had arisen regarding saints.

In Majorca, this meant one saint in particular - Santa Margalida, Saint Margaret of Antioch. Depending on which version one prefers, Margaret either made the sign of the cross which led to the dragon disappearing or was swallowed by the dragon and made the sign of the cross once she was inside the dragon, which obliged by letting her go. And as can so often be the case in Majorca, Santa Margalida created a folklore tradition that centred on Sa Pobla, where the saint was being worshipped before Sant Antoni.

The most obvious example of the dragon in Majorca’s tradition came with the legend of Sant Jordi - Saint George. There was to be a famous painting in 1486 by Pere Niçard from Nice, which depicted the saint slaying the dragon against a background of Ciutat de Mallorca, i.e. Palma. The Saint George of Catalan folklore slew the dragon in the village of Montblanc in the province of Tarragona, and this dragon was more than a guardian of treasure. It had been terrorising villagers for years and years, devouring their animals. The daughter of the king was to be a sacrifice to the dragon. Sant Jordi intervened in the nick of time. 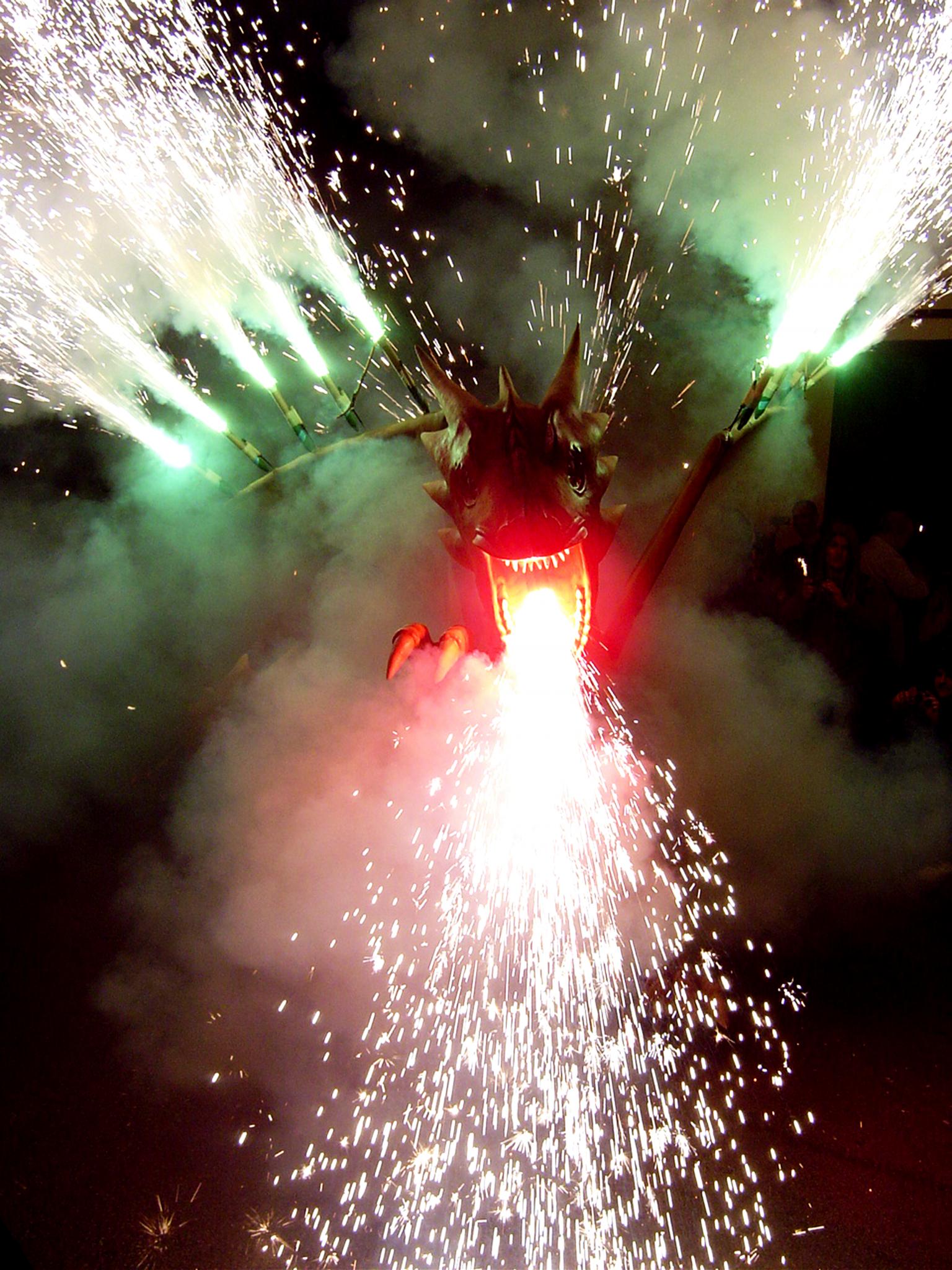 In Palma on Sunday, the correfoc for the Sant Sebastià fiestas will feature beasts of fire. There are two dragons, one of them being the Drac (together with the Guardians) of Sant Jordi. The other is the Drac de na Coca, whose legend bears a slight similarity to the dragon of Montblanc in that it wasn’t a guardian of anything, it was simply a beast that went around terrorising the people of Palma, children in particular; they were apparently disappearing, and this was all due to the dragon.

The similarity was to prove to be very slight. Unlike the Montblanc dragon, the Palma dragon actually existed, if a crocodile can be said to be a dragon, that is. It was in the seventeenth century. So afraid were the city dwellers that they didn’t dare go out after dark. The image of the dragon, according to those who said that they had seen it, conformed with the mythological one. There was a great deal of exaggeration, it’s safe to say. 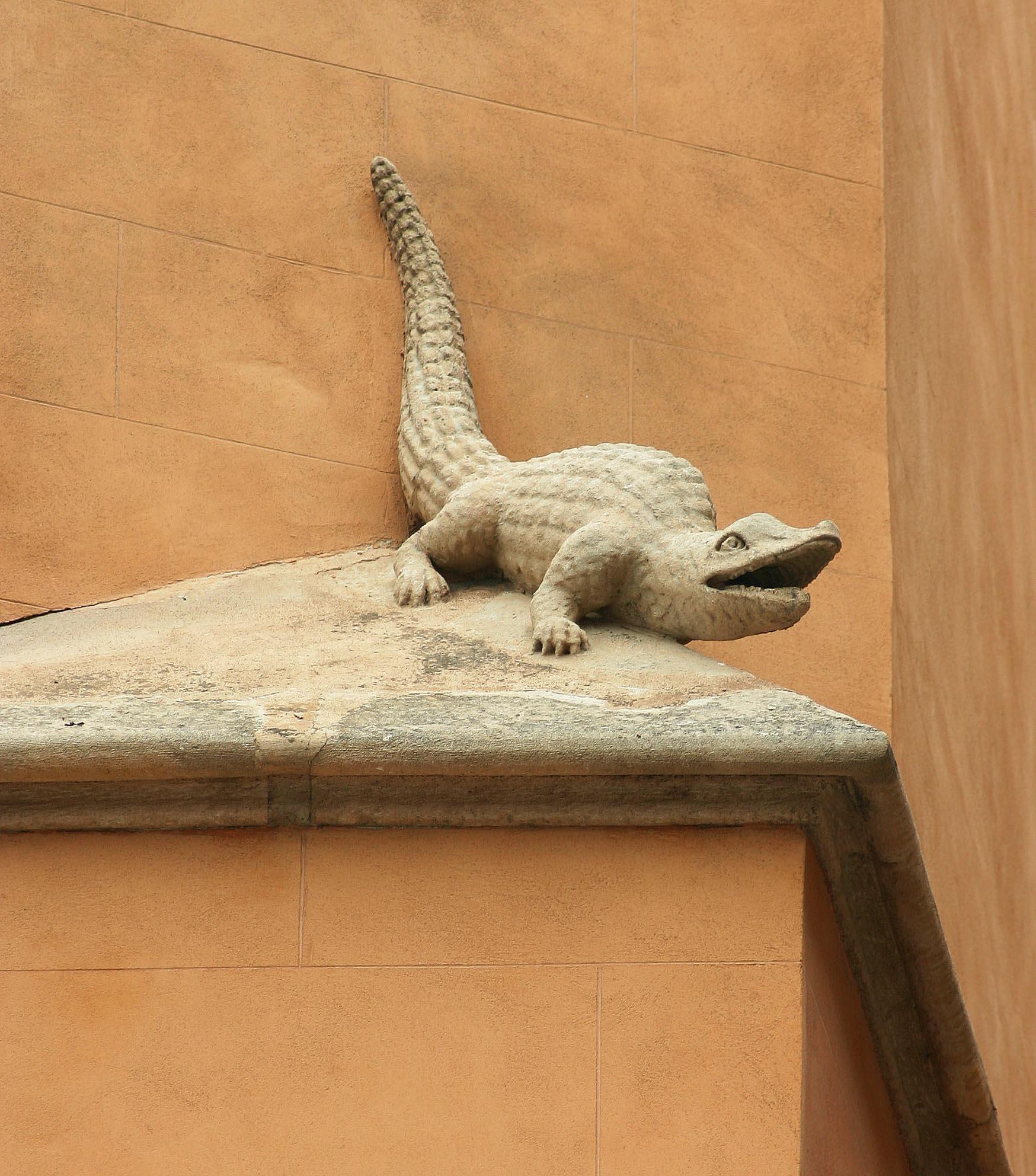 Captain Bartomeu Coch (or Coc) had ridden to Palma from Alcudia in order to woo his beloved. As he was doing so, he heard a strange noise. He turned and saw a peculiar creature, which he believed was about to attack him. He took his sword and killed it. The dragon had been slain, and it was presented to his beloved as proof of his love. This beloved - Na Coca - had received a dead crocodile. It would seem that the crocodile had been on a ship, had escaped and had been living in the old Arabic sewers. Its diet would have been rats, but by time that Captain Coc slew the crocodile it was only one and a half metres long. A dragon it most certainly wasn’t, but it was the stuff of legend and is why there is now the Drac de na Coca.