Many years ago restaurants used to serve little slices of toasted bread with toppings of various kinds: smoked salmon, roast beef, salmon roe, foie gras, cooked or raw ham.
These dainty morsels were of French origin and were called canapés, a culinary term that was in use in France as long ago as the late 18th century.

The bread could be fried or toasted and as it was a mere support for different kinds of expensive and exquisite savouries, it was always sliced very thin so it didn’t get in the way.
Canapés were always dainty finger food, frequently served before sitting down to lunch or dinner.

The English borrowed the canapé word in the 1890s and used it for titbits of a similar kind mainly at catered receptions and events at which sherry or other wines were served. The canapé word, when you hear it, now sounds a bit passé.

Italian restaurants in England in the 1950s were offering us crostini — fried or toasted slices of bread topped with melted cheese, salami, mortadella and other Italian charcuterie. They were canapés with an Italian name and Italian toppings.

At a later stage in Majorca we were introduced to Basque pintxos — anything from a sliver of ham to an elaborate micro dish that was stuck with a cocktail stick to a toasted or fried slice of bread.

Several years ago Andalusian tapas, which have been around for centuries, suddenly became all the rage throughout Spain and then went viral all over the world. Is there anyone out there who hasn’t heard of tapas?

The Cataláns gave us tostas, which are definite off-shoots of the canapé only on more robust slices of bread and with a rustic but elegant toppings with intense flavours very much to the fore.

You won’t see tostas in every bar or restaurant but when you do they are worth ordering. If you’ve never come across them you could start by trying those at Gastrobar Saratoga.
Our two tostas came with generous toppings and bursting with flavour. One had a slice of juicy and tender pork fillet sitting beside one of goat’s cheese, an exquisite combination.
The other tosta was a very nice triangular wedge of brie semi anointed with blueberry jam and served with crunchy cashew nuts for a nice contrast of textures. The brie was at room temperature so its flavour was up front. 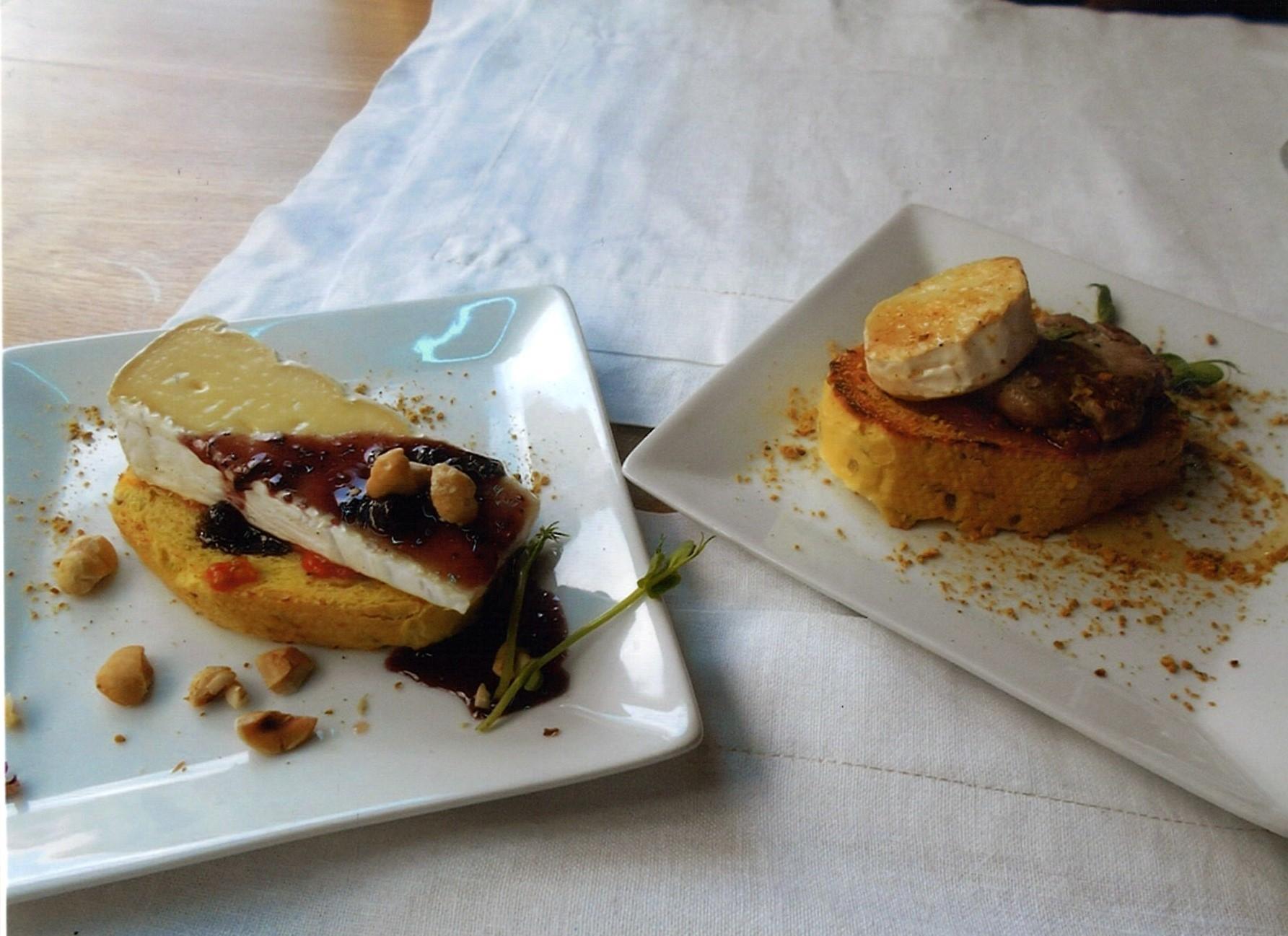 We had a nice version of fried eggs and chips but it was served in a bowl. A smallish bowl. This dish needs a flat plate. Bowls should never be used because the eggs completely cover the chips and you can’t get at them.

A good place for a light lunch when shopping or doing other business in the centre of Palma. They have a good selection of tapas (which aren’t available at the restaurant on the top floor) and prices are reasonable. The two tostas were splendid and came with lovely toppings. Great value for money. The cook is trying to be trendy by serving the fried eggs and chips in a smallish bowl. It’s a terrible idea. You need a wide flat plate for this dish, not a small cramped bowl. The gambas al ajillo were among the best ever, which is why they got a 10 rating.

Sounds lovely but rather pricey !!