The lockdown continues for us, but for the wildlife nothing has changed, except for some peace and quiet from humans. The wildlife will flourish now as a result of fewer disturbances, but where we are restricted by movement they are not. In the UK, a friend of mine had a Serin flying overhead and calling, he lives in the Hereford area.

Around Majorca, a group of twelve bird watchers are scanning the skies and countryside for birds as best as they can with the limited movement, and they are messaging each other with what they have seen. What a great bit of fun and a great way to keep in touch, and to carry on seeing what is coming into the island (or leaving). Those living in the south-east get to see the birds first which gives them an advantage over those up north. And when the others who are based around the island get to see the sighting, it is a great way of tracking the migration route.

The migrants continue to arrive and things are starting to pick up a little pace now. A good count of twenty three Alpine Swifts has been recorded lately. For me, I always like to visit Castle de Santuri as at least four pairs breed here annually, and parking at the car park just below the walls of the Moorish castle give you some good close views of them as they aerial feed right above your head. Similarly, small numbers can also be seen from the Mirador (viewpoint) on the start of the Formentor road, and on occasions I have seen single birds mixed in with both Common and Pallid Swifts hawking for insects over the Albufera Marshes. At least ten Purple Herons have been spotted now. These summer breeders are a welcome sight for those of us used to watching Grey Herons throughout the year.

Booted Eagle numbers have been boosted with some birders reporting up to twenty five in a single day. On Majorca we have a resident population of both light and dark-morph birds – the light-morph birds outnumber the dark form by about four to one. Now however is the time to keep that extra look out for two rare visitors that migrate right through Majorca on occasions – the storks. The Black Stork is the more likely one to be seen of the two, but I have recorded Black Stork and White Stork (both two at a time) over the Caval Bernet Ridge (Boquer Valley) on early morning sky watching in May. They do pass through albeit in low numbers, and generally tend to migrate alone as opposed to mixing in with migrating raptors.

Michael Montier – a birding friend of mine and resident had an excellent sighting recently of a Great Spotted Cuckoo. The last sighting for this species was at the Albufera back in 1991 (birders name unknown) so a sighting of this species has been long overdue. This is where regular watching and checking every bird carefully pays off. Soon, Hen Harriers will be passing through, and this is also a good time to scan over the open fields for Montagu’s Harriers. I have had success with these over the Central Plains and at S’Illot near to the Albufera over the years. Check any Common Kestrels at this time of the year and into May, as migrating Lesser Kestrels will share the same telephone wires or poles as their commoner cousins and mix in with them too, and also keep an eye out for Red-footed Falcons which share the same habitats as the Kestrels.

Two very special migrants will be arriving any time soon, and both can be particularly difficult to spot. Thankfully, the Golden Oriole tends to like to call even when it is stopping off to feed. I have had some good success with this species year on year on the road that leads up to Cala San Vicente. I park up somewhere safe and get out of the car and listen for the distinctive ‘wheela wheeoo’ call. Despite the golden yellow of this bird, they are virtually impossible to see if perched up in the dense green foliage of the Oaks. The ‘jackdaw’ sized Roller can also be found in this area, but anywhere where there is telephone wires and poles can see them. They tend to like to perch on these, and the road leading to Son Real and the back roads of the Albufereta have proved good reliable sites for me. 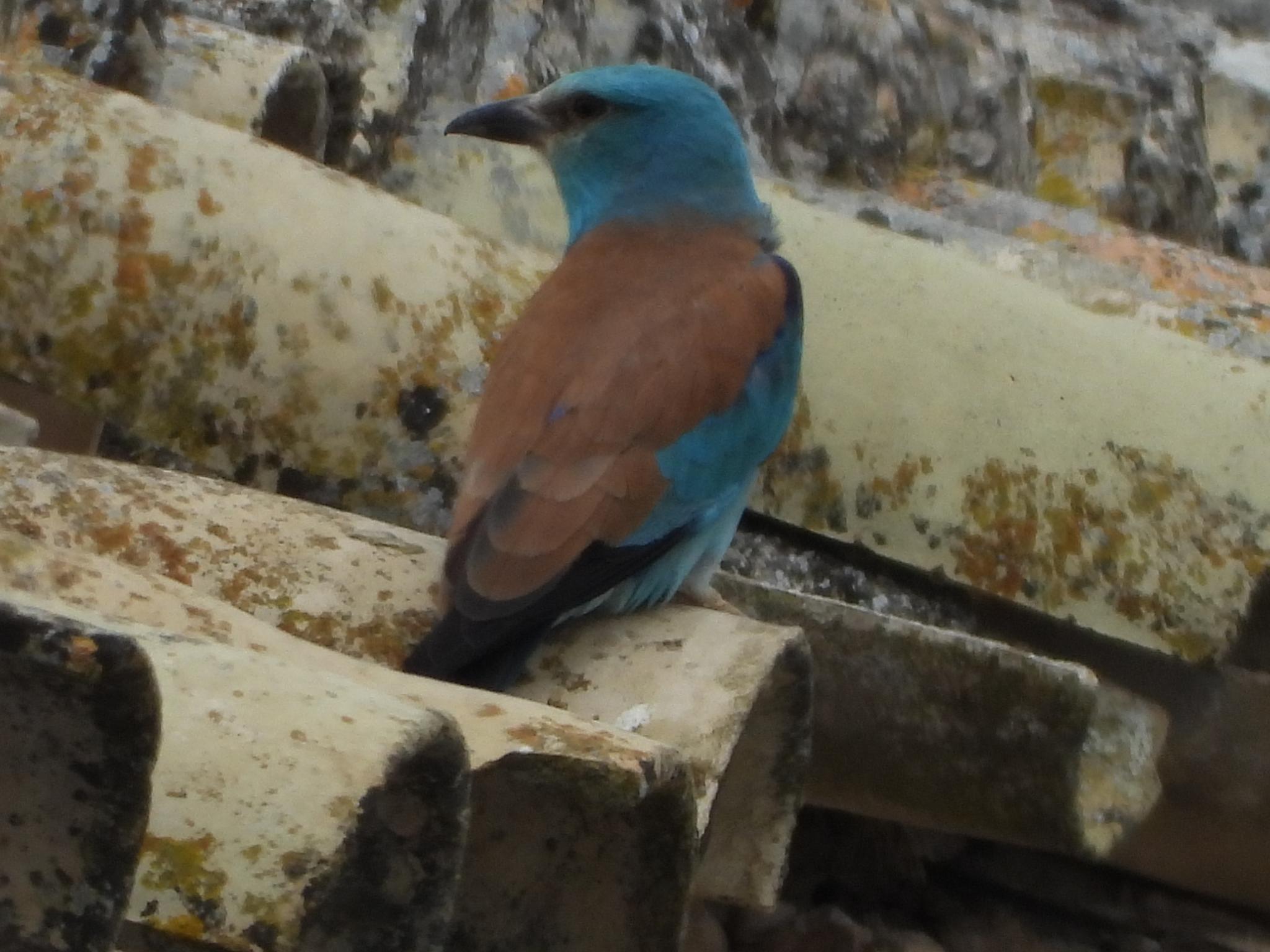 No orchids for me!

I was really looking forward to visiting a few old haunts to see the orchids this April and May, namely Son Real, the Albufereta and La Gola. In April last year I had a great time in Son Real where I was studying groups of Bee Orchids, Tongue Orchids and Pyramidal Orchids, with several isolated groups of Bug Orchids mixed in for good measure. It is a real shame that I will miss these this year, and already I can’t wait for next spring for a chance to see them again. La Gola proved great for orchids last year, where my friend and staff member Cristina Fiol-Paris showed me a delightful Mirror Orchid. Bee Orchids were showing really well here and I was shown two species of Tongue Orchid which was nice. Similarly, I particularly enjoyed looking at the groups of Pyramidal Orchids in the Pine copse at the Albufereta, and of course, I am always on the lookout for the Giant Orchid that can sometimes still be seen in flower in late April. The special group of deep-red Marsh Orchids I always visit near to Son Bonc (Albufera) likewise will have to wait for another year now. 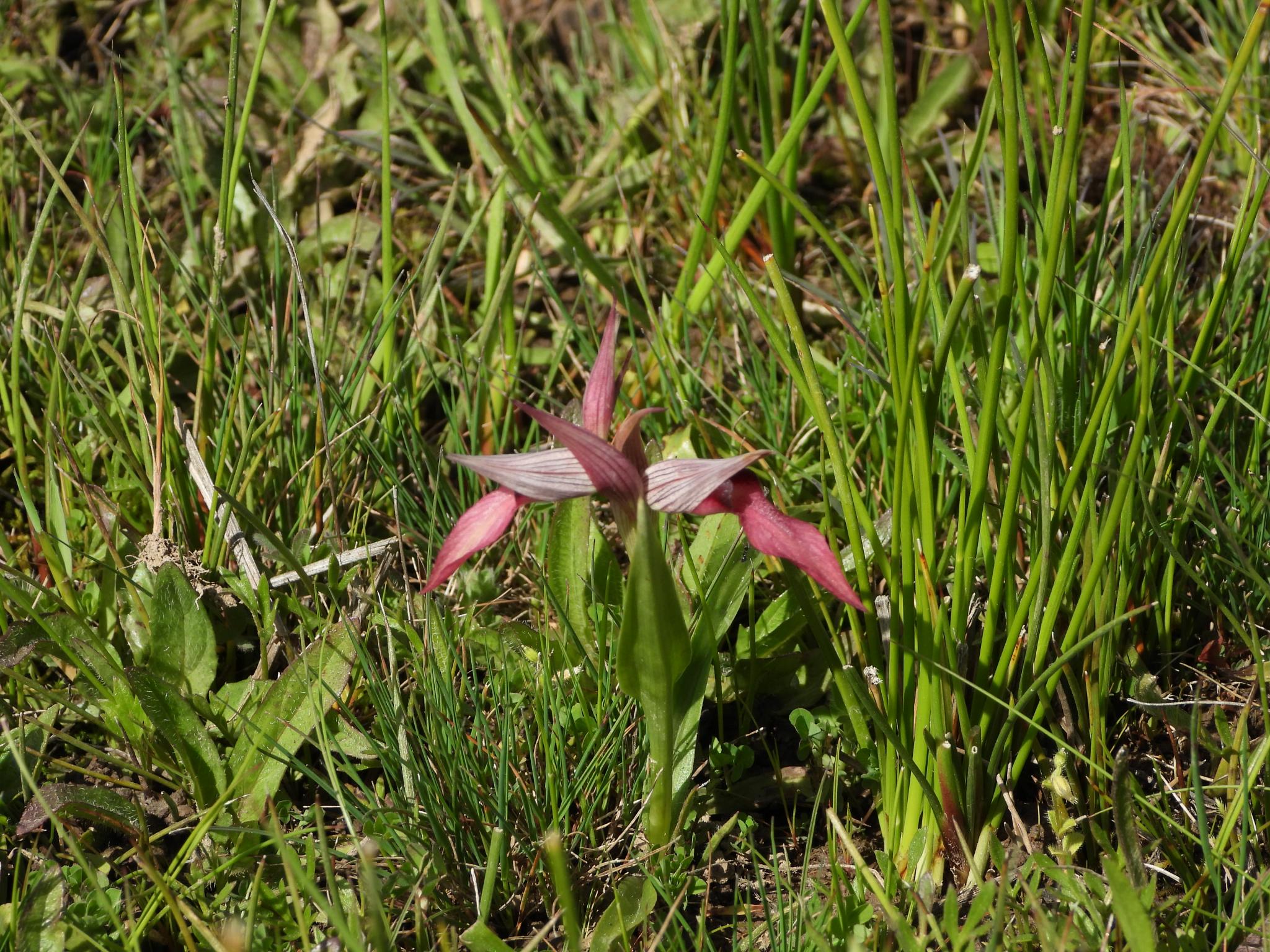 As necessary as the lockdown is, when you are so in love with nature it is a difficult time to adjust to. My only consolation is to think that by September or October there will be some movement allowed and I can search for a species of orchid that still eludes me to this day and one which will be a lifer for me – Autumn Lady’s Tresses. I have an idea of where I can search for these little beauties so fingers crossed. Also, I am so looking forward to just sitting outside of a café and sipping a fine cup of coffee and watching the world go by. Ah, daydreaming can be bliss sometimes, but the reality is always better. 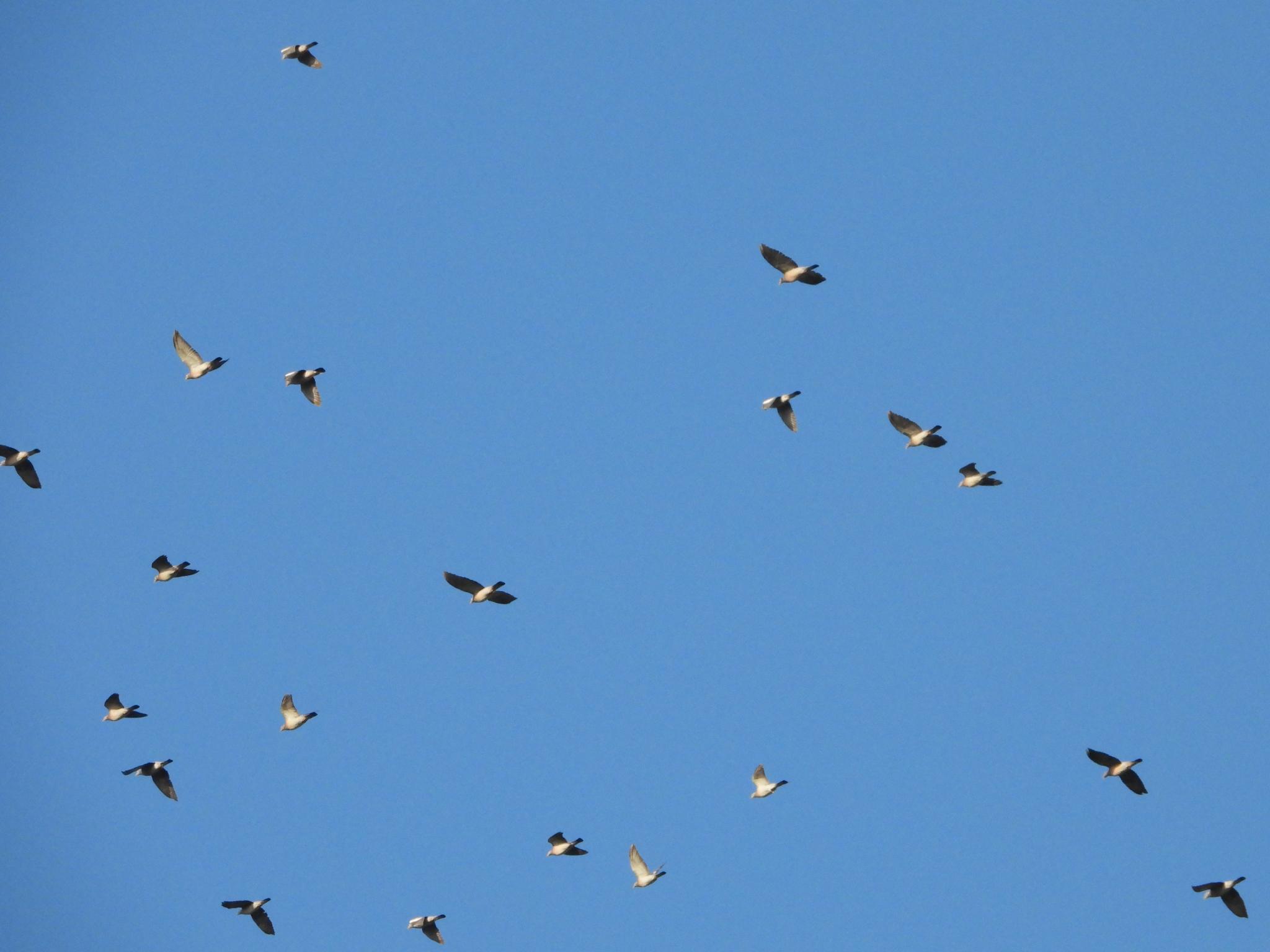 A group of migrating Wood pigeons.

For a copy of the newly published book Birds of Mallorca, please email Neville on wildmajorca@gmail.com This book will make a fantastic edition to your collection and is A5 in size so it can be taken out into the field as well. I look forward to hearing from you.