Gardening should be fun and surprisingly it is proving to be quite competitive. My o/h is one of the most competitive people I know and can turn anything into a contest, even melons. Once I had forgiven – or just moved on from the strimming incident last year - I suggested that o/h might make part of the garden his own, or at least grow something of his own. We settled upon o/h nurturing some melons. I had started these from seed and they were big enough now to plant out. I should have just let him take all of them but no, he took three and I took three and there began the competition. Off I trotted to place mine in ground I had dug over and prepped with compost where I thought they would grow best and o/h went off to plant his. Being an engineer, his were on impressive mounds with a moat running around them and placed well apart from each other in an area of garden that is at the back of the house, with apparently amazing crumbly fertile just right soil and more importantly shelter from harsh winds. 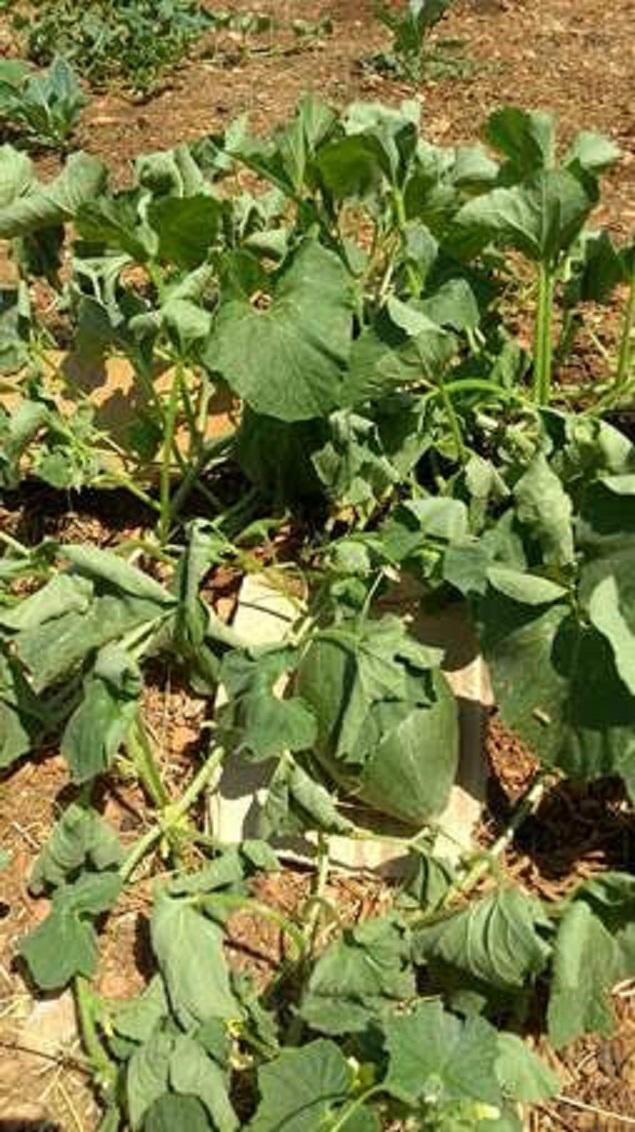 The plants were huge this one is wilted in the sun and perked up at night.

Mine were almost at ground level and thus immediately trampled on by three dogs chasing the ball and I stick to that excuse for their complete and utter failure. In reality, the ground in that area turns almost to concrete it seems and was right in the path of the gale force winds we seem to get. 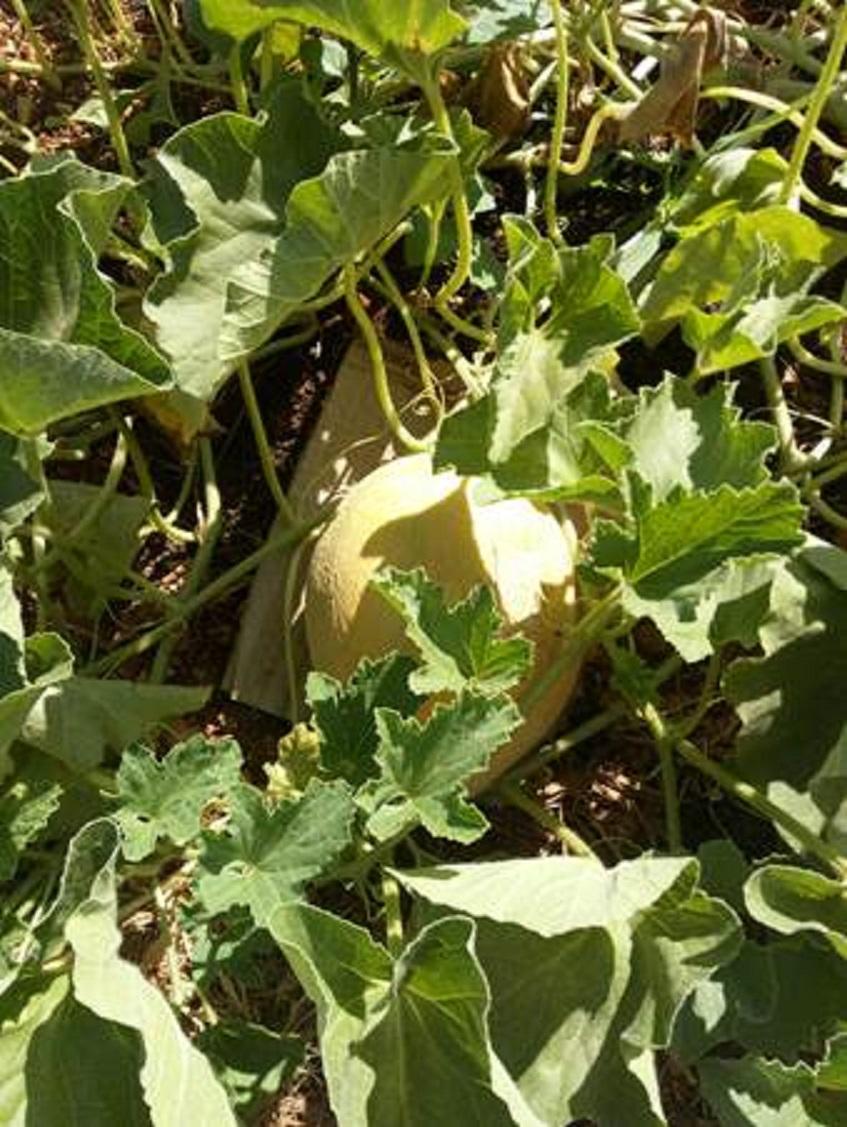 With the arrival of August, very tasty melons ripened on O/H’s vines just in time for some of his lifelong friends to arrive on a visit. Declining tasting because he doesn’t even like melon o/h was ecstatic to be declared winner of the ‘2019 melon growing contest’. It being the first year it takes time to get to know a new garden; I shall not make the same mistake twice. 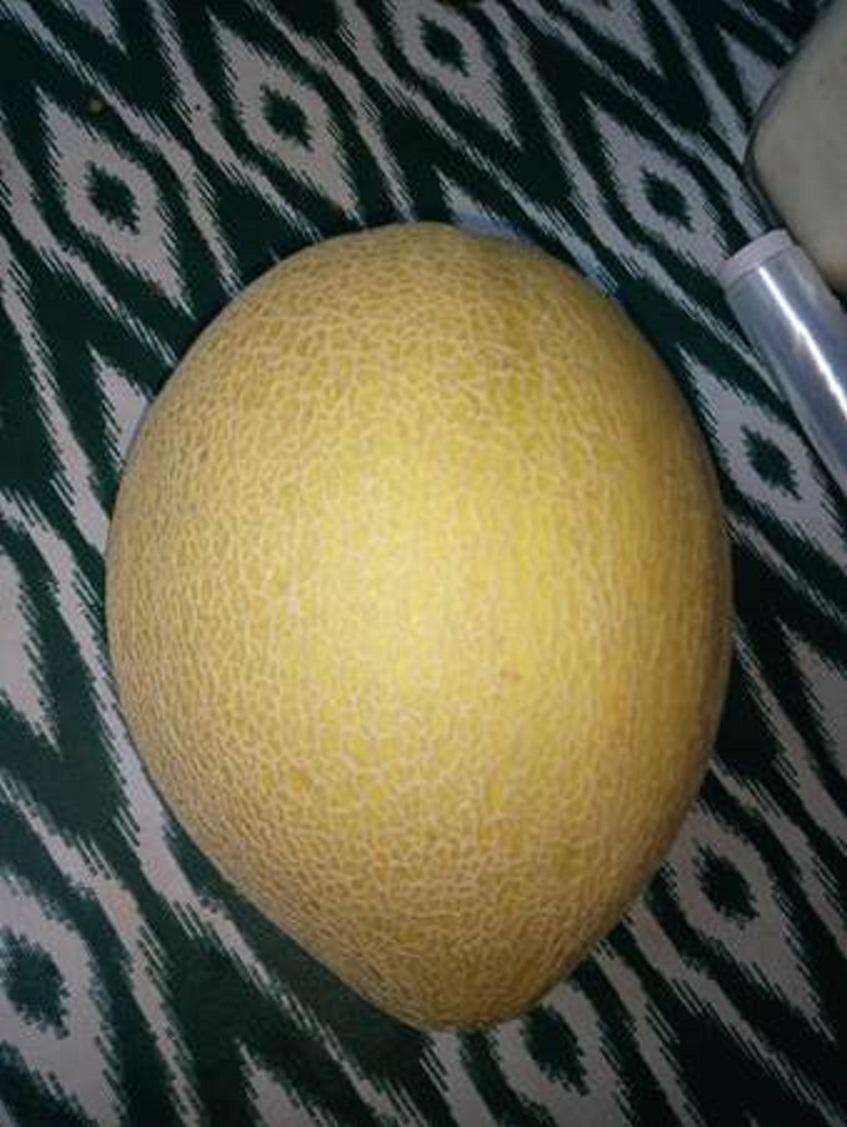 One of the prize melons.

As I wrote this I had forgotten, or rather was unaware (being the non-competitive part of the relationship), that we do in fact have another little competition on the go, this time it’s sunflowers. I love sunflowers, they are a flower that brings happy memories of childhood travels and they just make me smile. 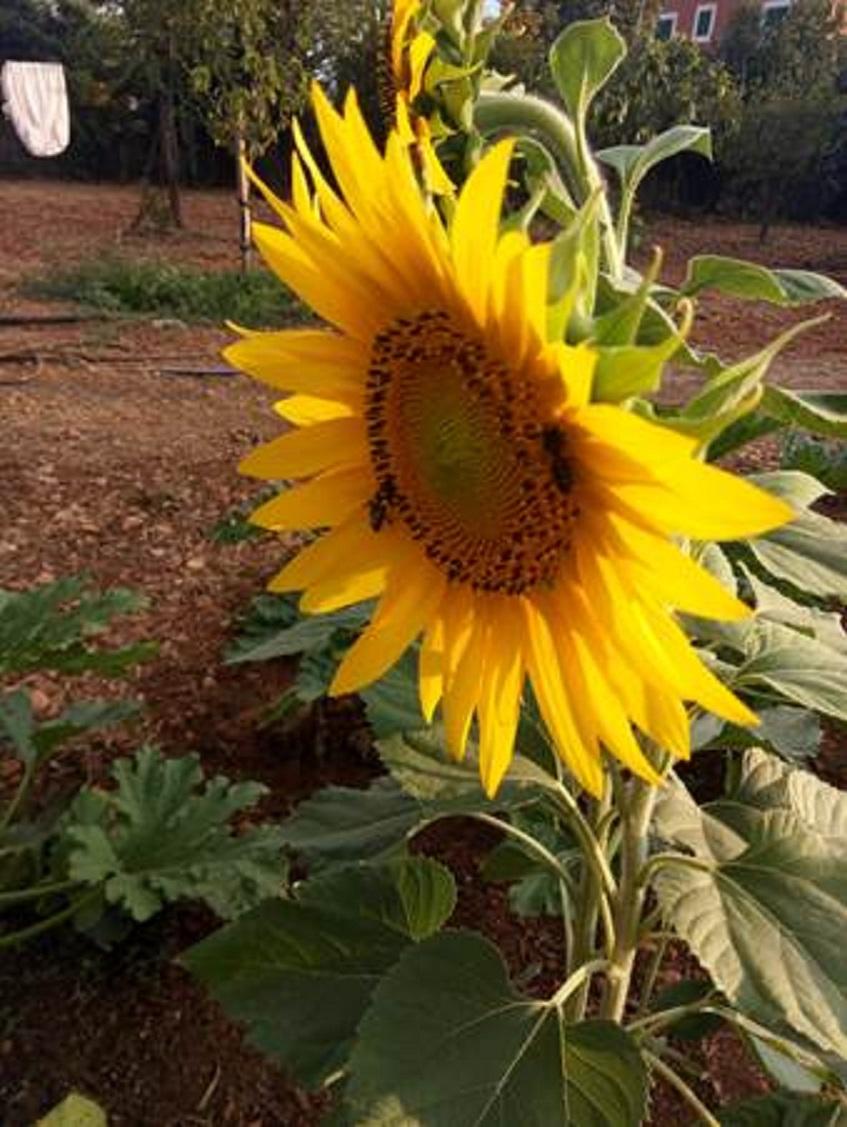 Last year we only planted a couple late on just to see if they would flower. This year I decided to plant a whole packet of them in a little block (actually not too far from where the melon disaster happened...will I never learn?). 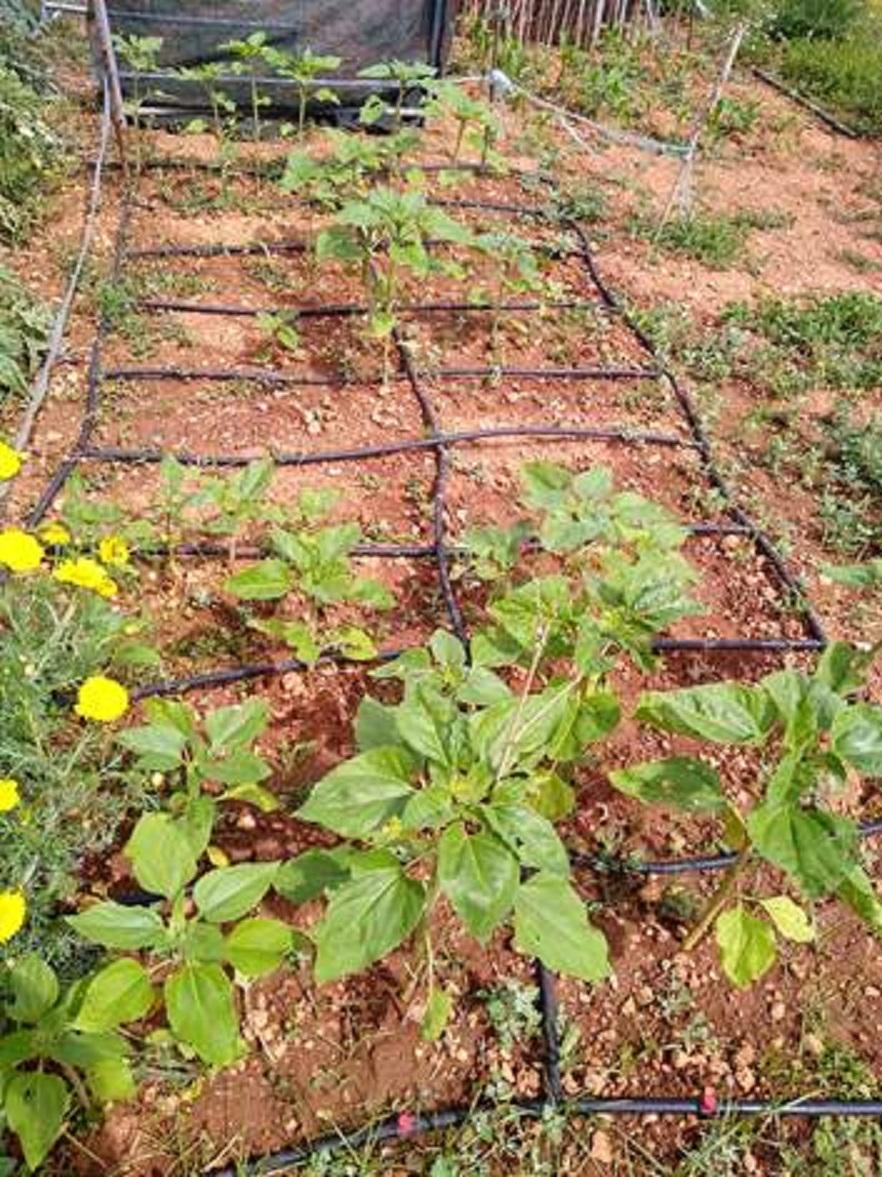 I came home from work one day a week or so later and o/h had planted a little surprise on the other side of the garden that once held potatoes. I had to wait until they sprouted to see what it was and wouldn’t you know it ... a field of sunflowers.... you judge for yourself by the pictures who will win. In his own words “another competition you are destined to lose my love”. 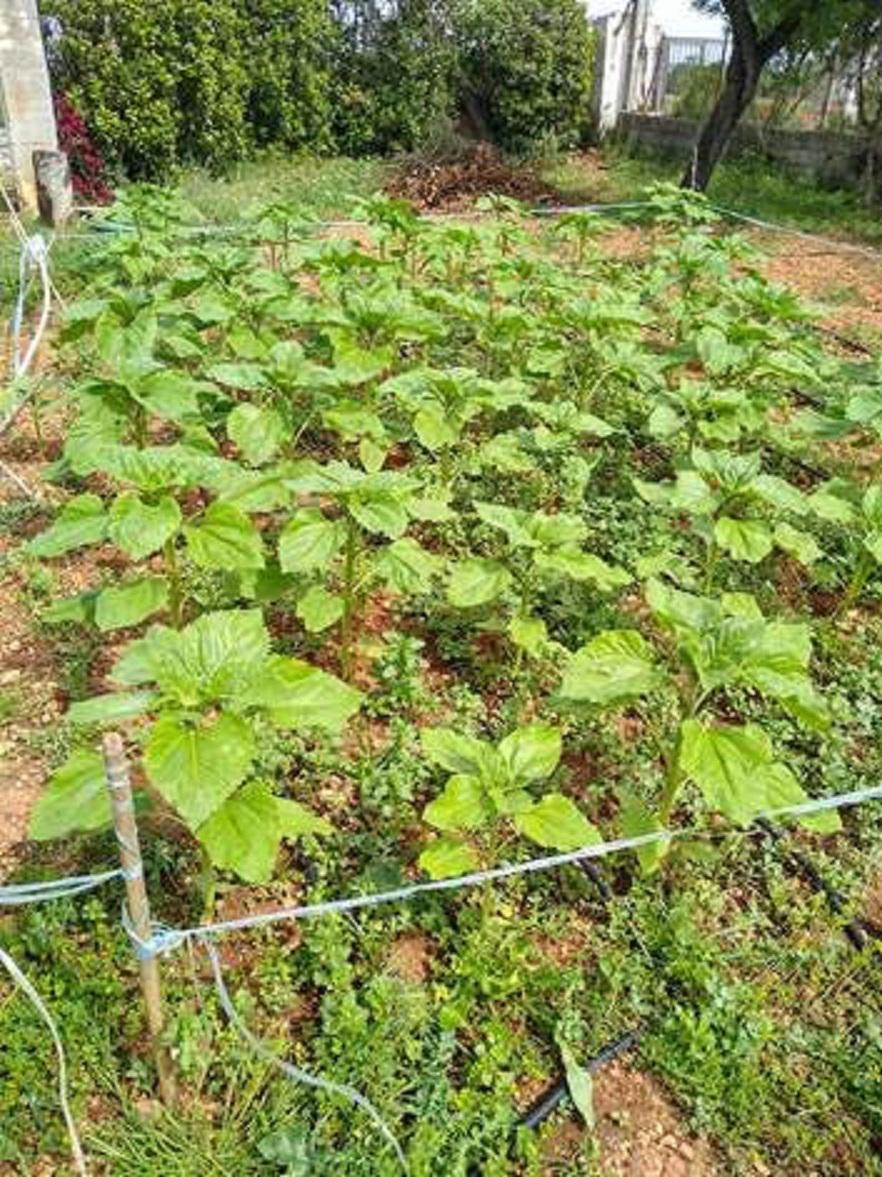