For the millions who followed this year’s MasterChef, the final of which was on Friday night, Claire Fyfe’s culinary talent will be well known, for those who did not watch the series, Claire very narrowly missed out on making the final three, but, as she told the Bulletin, this week, “someone had to go, it was a final team of such a great cooks” and now she can focus on making her next dream come true, opening a boutique hotel in Majorca with the emphasis very much on excellent fresh food, healthy living and relaxing. 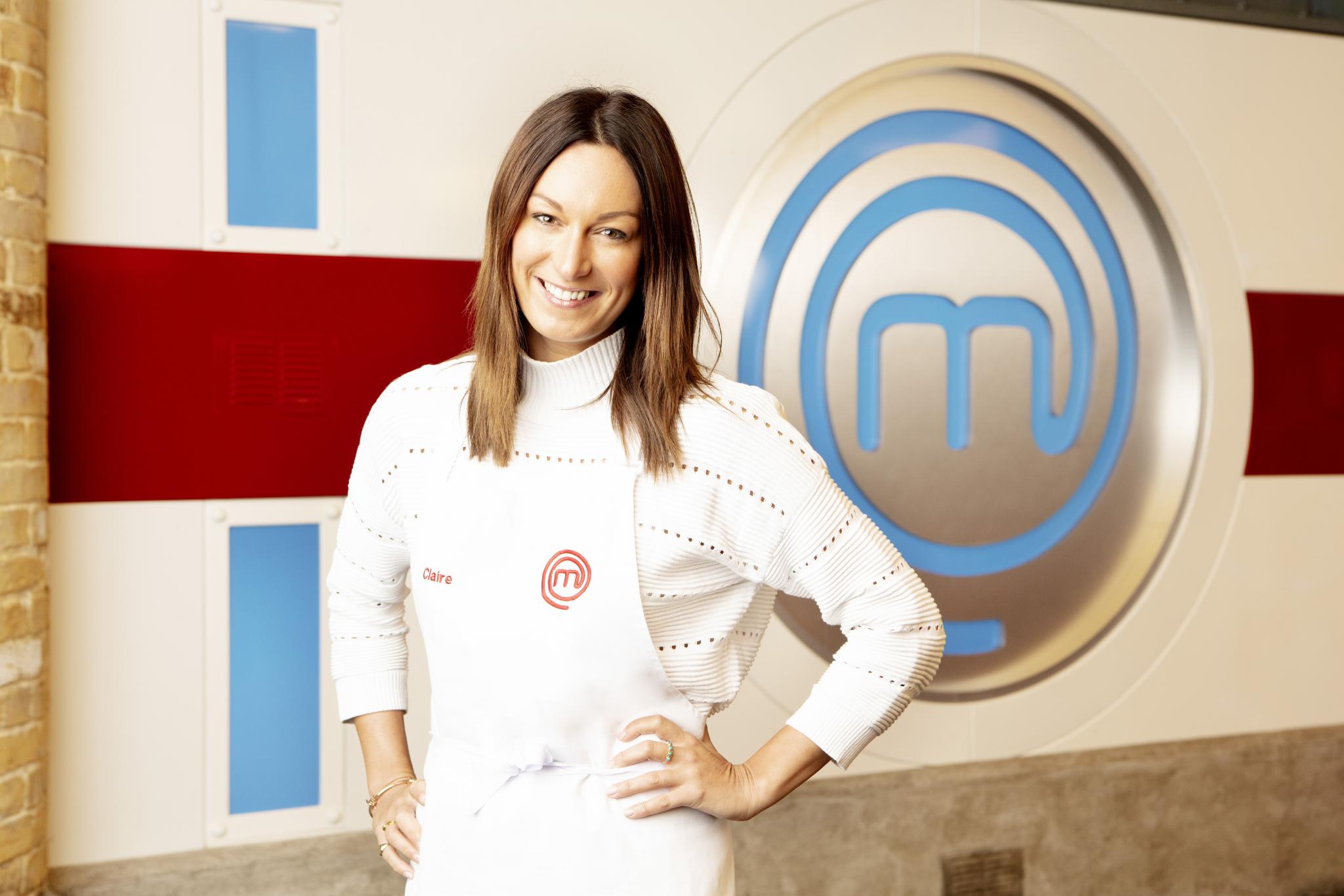 Originally from Perthshire where she grew up, Claire, who is currently making the most of lockdown in London where she has lived and worked for the past 15 years, first came to Majorca on a family holiday when she was aged two.

“We loved the north east of the island, especially Puerto Pollensa and would holiday there every year, at least once and now my best friend Richard is based on the island with a property company I get over two to three times a year, as many times as I am invited,” she joked.

“I’ve also been to Ibiza a number of times, I often island hop, but it’s Majorca that’s got a huge place in my heart. And, for years now I’ve had a plan to open a small boutique hotel in the Balearics; somewhere where I designed everything from scratch, from the rooms to the menu, and could cook in the sunshine and teach Pilates. With my professional skills, cooking is a hobby, I also feel there is a gap in the market so I can see plenty of business opportunities in Majorca."

“I love my job, my life and my friends in London but I have to admit I’m getting itchy feet and I could well be in Majorca sooner than I planned."

“One thing that’s for sure, as soon as lockdown is over, I’m on the first flight over.” Claire said.

“I just love the island. Over the years, I’ve explored and discovered so much. There’s nothing I love better than going to the local market in Santanyí. All that lovely fresh produce, it’s amazing and the fish, I’m a real fish person and I just love getting back from the market and into the kitchen." 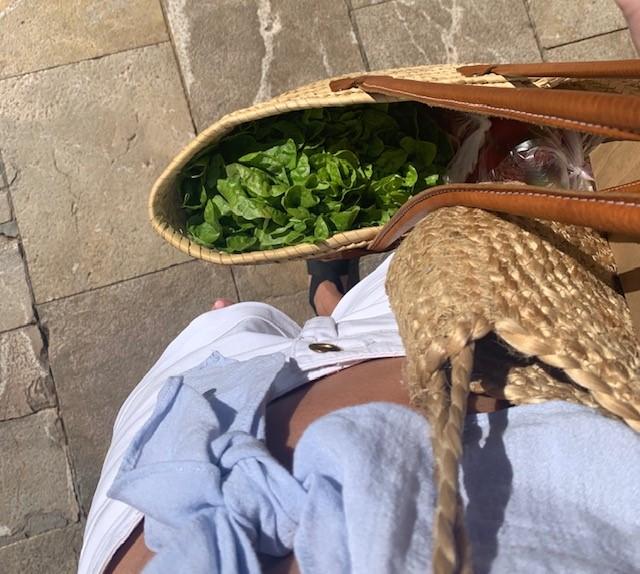 “I’ve always loved cooking; it calms me and makes me extremely happy. I find such a joy in creating dishes and cooking for family and friends. It has probably stemmed from cooking with my granny and mum growing up, who are very traditional cooks. Everything was made from scratch, using local ingredients. They made wholesome, hearty meals that weren’t fancy but were delicious. We always sat down as a family for each meal, which was important. As I’ve grown up, my cooking has also become inspired by all of the amazing places I’ve been lucky enough to cook in." 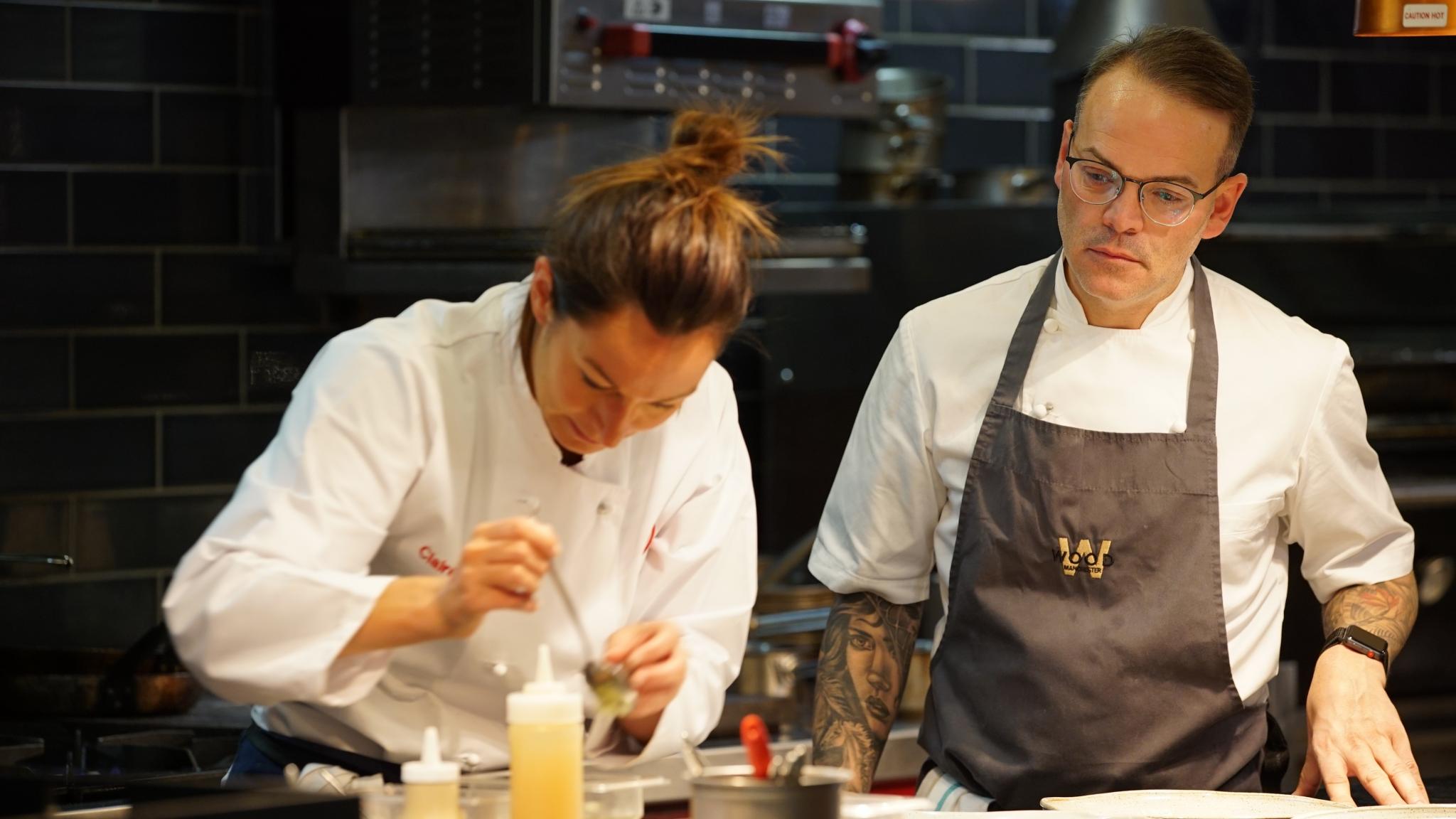 “Plus, I think having come to Majorca at such a young age I was introduced to produce and dishes most children at home in the UK weren’t. I just love all the tapas, nibbling away at a variety of dishes, the croquettes, gazpacho and of course the fish and sea food. So I guess my palate got off to a very young start. But I’m not all ‘bells and whistles’ when it comes to cooking, I’m more into getting the maximum flavours out of fresh produce and that was a learning curve for me on MasterChef, presentation. I’d never really paid too much attention to it in the past and being on the show was an overwhelming experience. I’ve wanted to do MasterChef for some time, and always talked about it. I’m single and whilst all my friends are married and having children, I wanted to do something for me."

“My best friend said to go for it... and I did! I was honestly shocked when I got through to the Semi Finals. The level of competition was so high, and I was amazed to even get through the first few rounds. I’m also my harshest critic. I loved it and I feel so lucky to have been given this opportunity."

“It was challenging to say the least and you do some ridiculously stupid things in that kitchen that you wouldn’t normally! Both John and Gregg are lovely to be around, so inspiring and full of knowledge - they really want to get the best out of all the contestants and as we neared the end game, we were more of a team than competitors. Yes, I’m a competitive person but I think we all appreciated and recognised each other’s skills and abilities. The final three were all excellent cooks and we were all rooting for each other in the end."

“Yes, it was intense and working alongside some of the best chefs in the world was an experience I will never forget and I feel extremely fortunate and privileged to have been given that opportunity. At times it was bonkers. There we were under the instructions of top chefs in world class kitchens and having to cook for very demanding guests or food critics and writers. But, when you are in the kitchen, in your zone, you forget about who is sitting in the restaurant and just focus 100 percent on what you are doing because the end result has to be of the highest standard and the last thing you want to do is let the head chef and his or her team down."

“So, the pressure was certainly on, all the way through. Right from the first day nerves to the very end when that place in the final, or even the title, is just a few more hours on the kitchen away. It would be a lie to say that I was not disappointed to have made the final or even won, but that’s the nature of the beast. But, as cooks, we were all getting better week by week, I learnt so much."

“I love to read anything by Diana Henry. I first bought her cookbook How to Eat a Peach (probably because it felt like an actual peach) and could not put it down. Her recipes are inspiring and her writing so charming. I now have all her books, and they are definitely my most treasured in my collection, but the journey MasterChef takes you on is priceless and you can either take it or leave. I like to think that I embraced the experience as much as I could and now I want to make the most of what I have learnt."

“Traditionally I am more a savoury cook, but pastry cooking is a big part of MasterChef so that was a major learning curve for me and has made me a more rounded cook. At first I was a bit out of my comfort zone cooking puddings, but you’ve just got to knuckle down and get on with it. It was an insane experience and I’m so grateful to have been given the opportunity to have taken part." 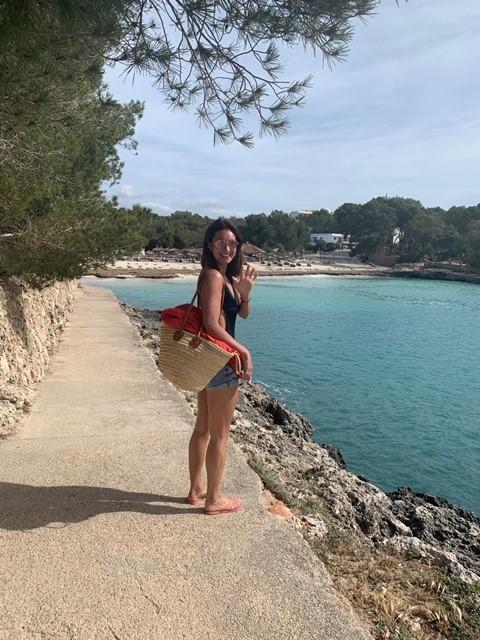 “Looking back, 60 of us began the process and I came fourth, so I can’t complain and we did have plenty of time for a good laugh, mainly thanks to John and Gregg. I was due to have been in Majorca over Easter, but like I said, I’m on the first flight over to Majorca."

“I miss the island so much, it’s a truly wonderful place.”