The first job I do in the morning is update the ‘Brave New World’ blog on Sollerweb Facebook. This started on day one of the lockdown and has continued uninterrupted since. I sit for ten minutes after I have posted the days offering, drinking my coffee, interacting with people all over the world who race to be the first person of the day to see the musings. I am not conceited enough to think that the writing is so special but the ‘all in this together’ connection is definitely there. I love the idea that in Manchester, Rome, Los Angeles, Malaysia and so many other locations people connect with ‘Brave New World’ as their first communication each day. 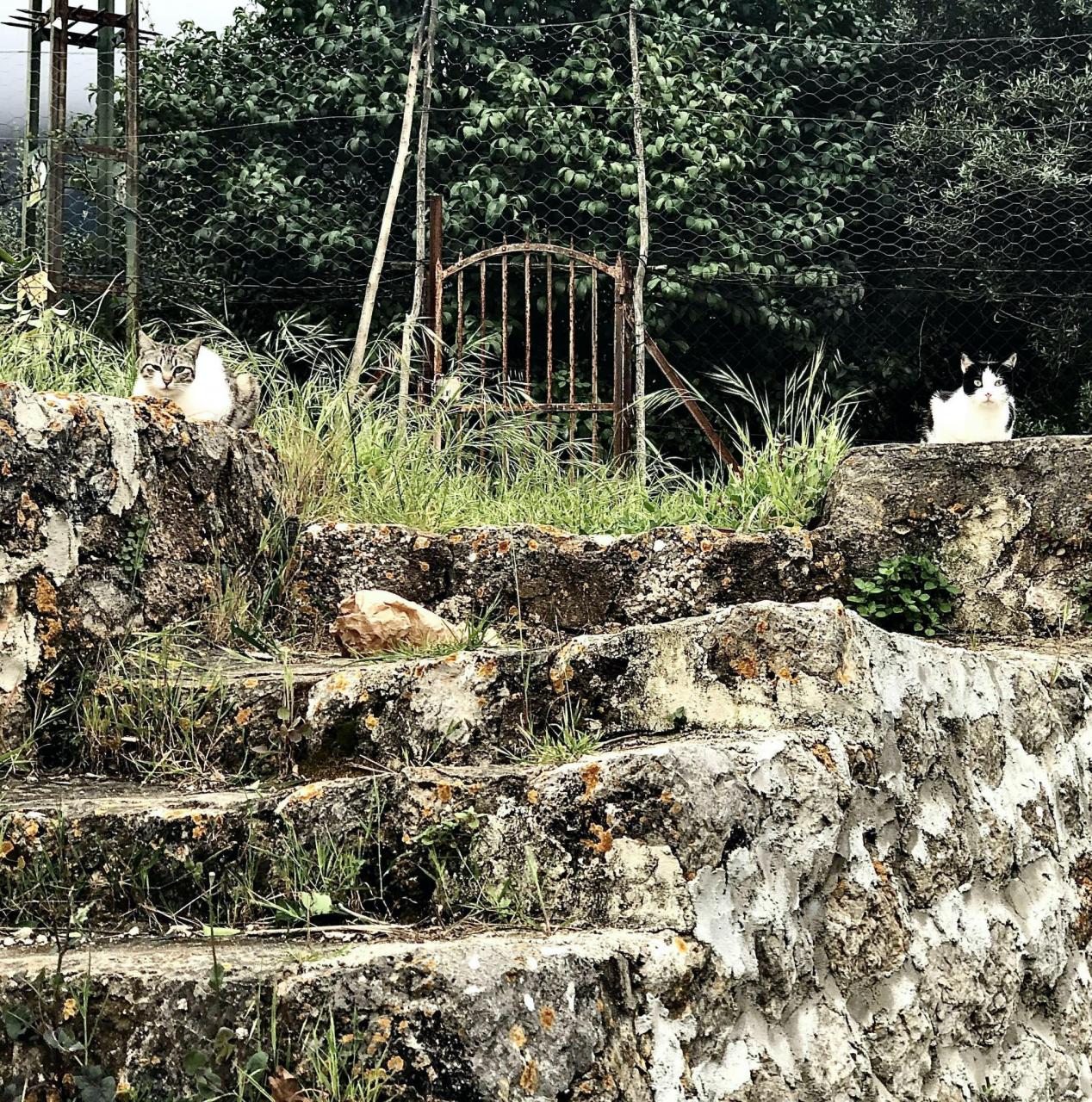 The streets of Soller continue to be the ghost town of nightmares. At first there was a stark beauty in the empty streets but now we are so bored with that look. The roads are busier now as the essential workers, such as builders, have gone back to work. Apart from that, lockdown remains the same except that more restaurants are offering delivery services. This is a lovely opportunity when cooking fatigue kicks in. The only issue is that people are worried about spending money they haven’t yet received from Government promises.

One of the things I miss in my little tiny bit of Soller is the horse’s hooves. The horses come down my lane with their riders every day in normal times. Its all a bit odd but this little enclave in L’horta is on the riding teachers route with their pupils. The clip clopping below the balcony is a feature of my half rural life in the metropolis of Soller. I will be very glad to see them as soon as they are allowed out.

Do you know the price of petrol? I am told that it is very cheap. The use of cars has been very limited so my petrol consumption is almost non existent. I think the garage will have to pay us to take the petrol away soon. I wonder what all this means for insurance renewals on cars which are hardly leaving the space outside the front door. Will there be discounts or incentives when renewal time comes round?

A mind game our family play is to articulate what we would do if we ruled the world for a day. At present the requests are big and powerful like ‘get rid of the virus now’ but assuming that was a given what would you ask for? I had a dream about Soller roads the other night, bizarre I know. I decided that if I had control for the day I would order the immediate resurfacing of Soller roads. They are currently third world pot holes and need sorting. I am sure there is a therapist out there who can tell me why I am dreaming about road surfacing. Maybe I have just lost the plot.

Lockdown restrictions are flouted by a few and give the police something to do. The fines start at 600 euros and climb according to the audaciousness of the rule breaking. Last week we had two runners’ doings lengths inside the Soller Tunnel. Their logic was that they were social distancing and not disturbing anyone. The police loved that one, being alerted by the CCTV that they had intruders on foot in the tunnel. I am convinced that the local fines are to recoup the losses incurred by not having the parking ORA up and running right now. They have to get the cash from somewhere and there will always be some who love the challenge of rules. 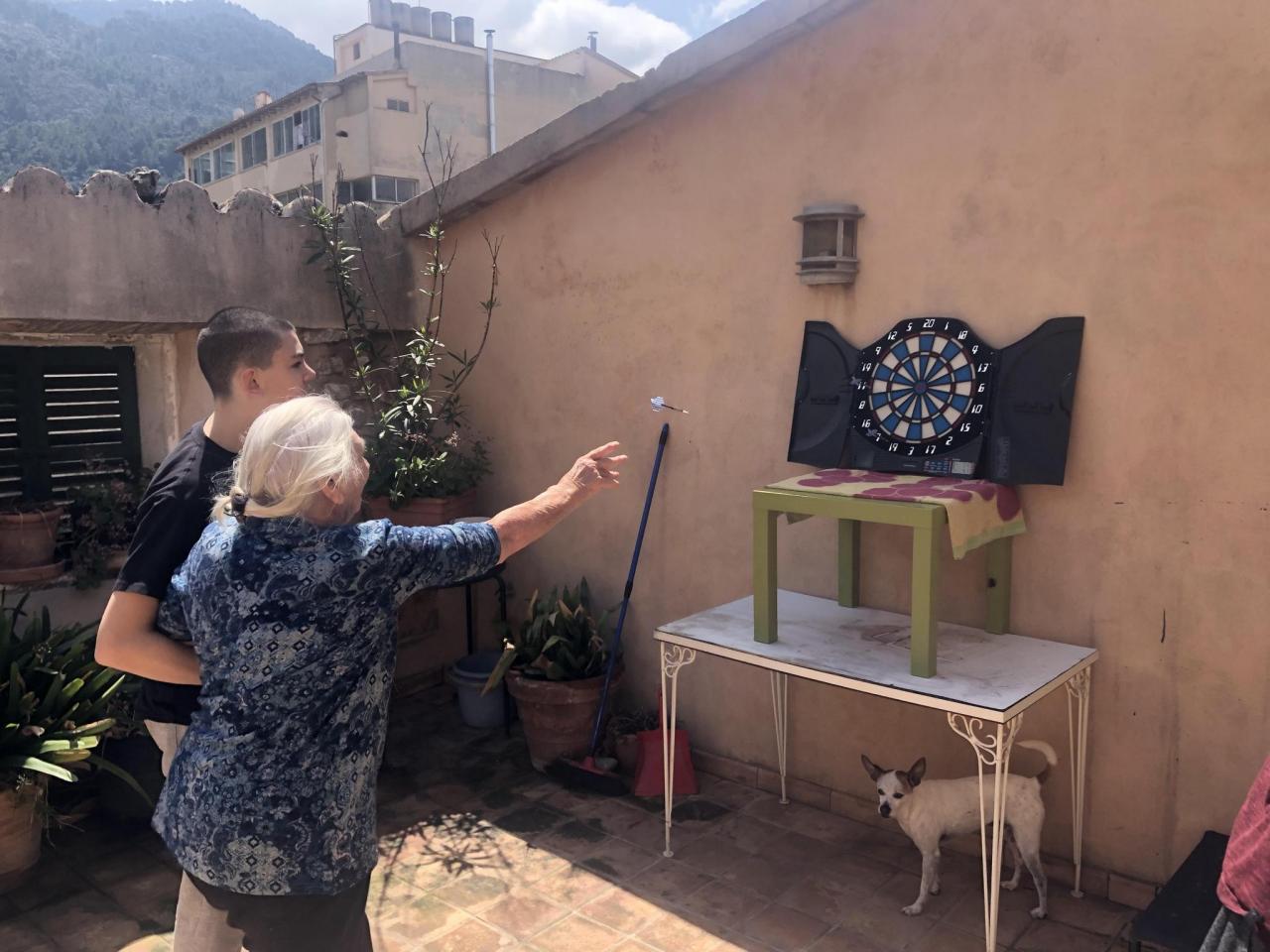 We are celebrating in Soller the return of Darts. So many can find room for a dartboard in the lockdown world. Children who have never been interested are now the ones to beat. The sound of ‘180’ ringing out from gardens is commonplace.

In my family the youngest granddaughter is the one to beat I am told. Living round the corner means I haven’t been able to see this for myself yet. All I know is that competitive older sisters are not happy that the littlest is the best at this game. The Majorcan Darts League has a real ring to it and needs to be created when we are all out and about again. We might be surprised at the champions in our midst. The Sollerics will give the rest of the island a run for their money.