For quite some time there has been a genuine fear that the economic (and mental) effects of this pandemic may just be worse than the virus itself. In Majorca, this concern is evidenced by the ever-lengthening queues forming outside the Island’s various ‘soup kitchens’ and food banks. It’s nothing short of heartbreaking. 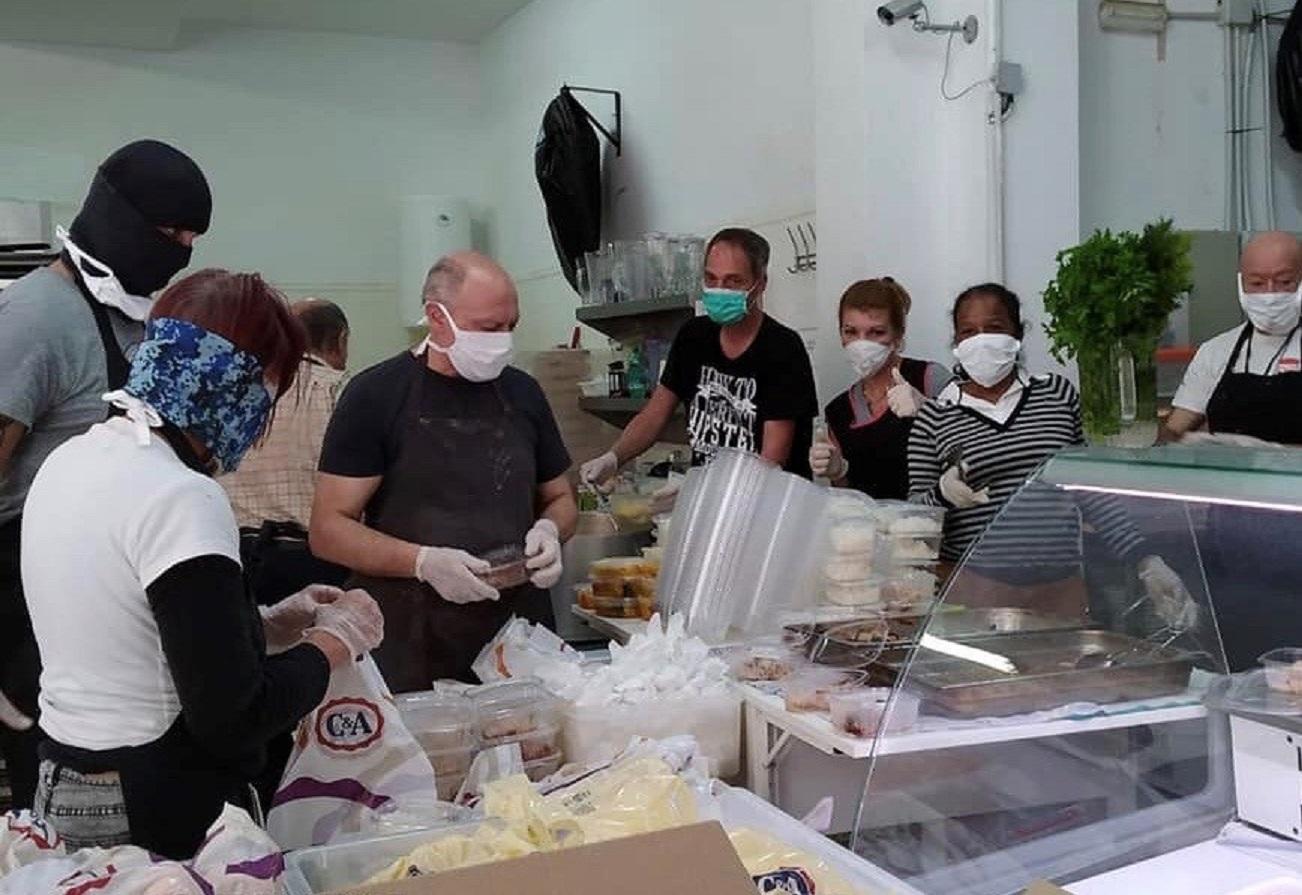 Regrettably, the Balearics had quite a big problem with poverty even before coronavirus reared its ugly self. Latest figures suggested there were around 94,000 people in a situation of social exclusion, and over 200,000 more at risk of the same. COVID-19 just made these horrifying figures multiply. 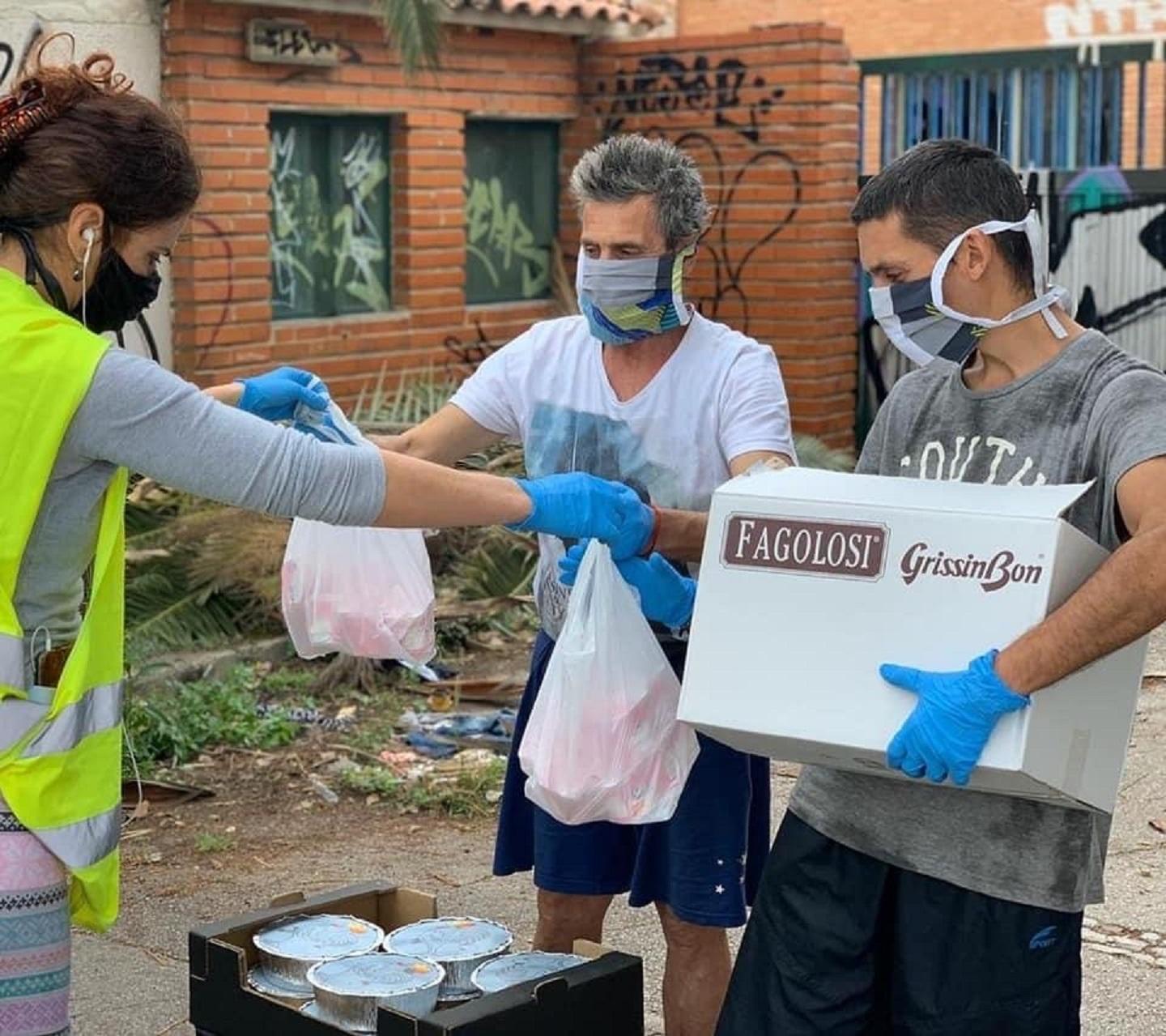 Speaking to the Spanish media, Toni Bauzá from ‘soup kitchen’ Associació Tardor explained that the number of families requesting aid had almost tripled, while his organisation’s supply had plummeted. Right now, Associació Tardor has 3,000 registered ‘customers’, among them 409 children and 179 babies. Meanwhile, Mallorca Sense Fam, a food bank that assisted 4,739 families in 2019, has seen far increased demand since the mid-March state of alarm. Help is urgently required.

The fact of the matter is that, before bars, restaurants, hotels and shops were ordered to close, plenty of leftovers and nearly-out-of-life food used to come Associació Tardor’s way. It doesn’t anymore. Likewise, 2019-established Yachting Gives Back used to gather in any spare provisions from superyacht galleys to hand over in person to Associació Tardor and Mallorca Sense Fam but, when movement was restricted and shipyards precluded from anything but essential maintenance, they too had to suspend their collections.

Yachting Gives Back’s Founder, Nick Entwisle, and his wonderful team, couldn’t turn their backs on these generous self-sacrificing volunteers with whom they had formed such a strong bond.

Nick explains: “Although we had to shelve the regular opening of our container in Palma’s STP shipyard, Government rules clearly allowed travel to help vulnerable people. In this spirit, we took the opportunity to ensure that everything already in the container was delivered to our network of charities. 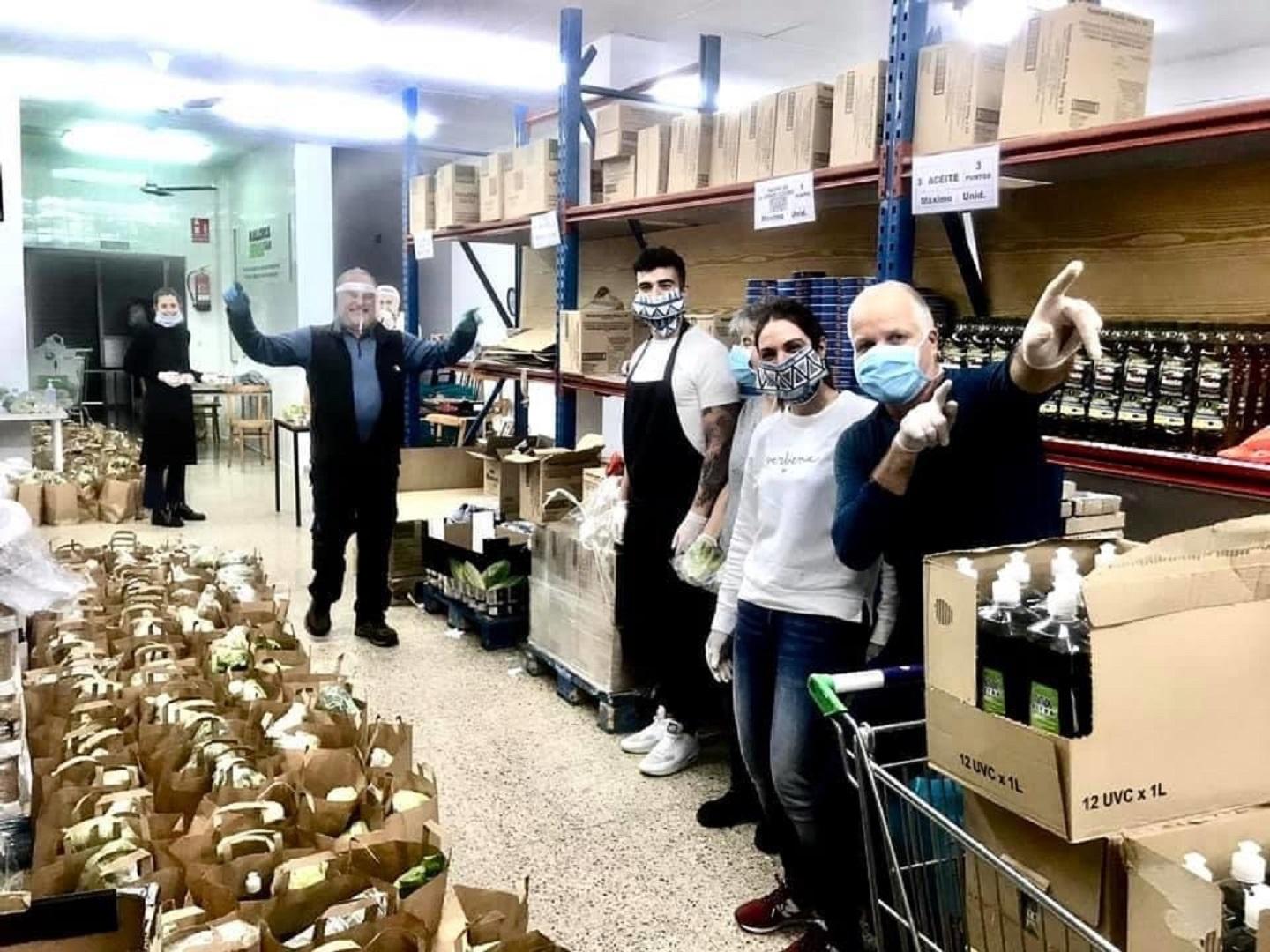 “With our traditional collection and delivery model no longer viable, we effectively set the clothing, bedding, toys and towels to one side and focussed entirely on food. A GoFundMe campaign was set up with the sole intention of maintaining the hardworking heroes at Associació Tardor in food supplies, so they could continue winning their battle to keep stomachs free of hunger and hearts full of hope. Thanks to your generosity, and Louise Balfour’s social media sorcery, I am more than happy to say that we beat our initial 10,000 euro target. So, we’re now relaunching it to raise another 5,000 euros. 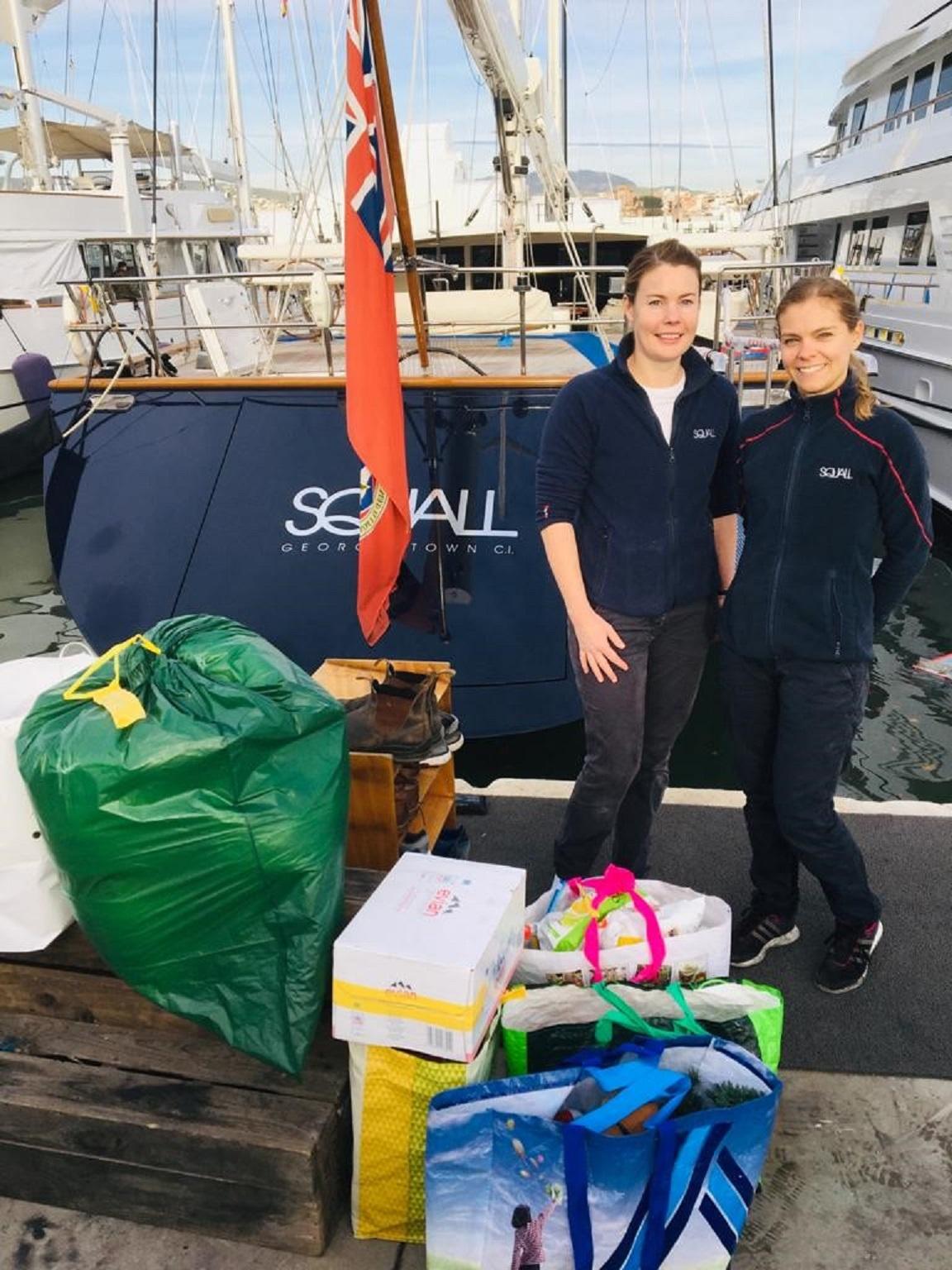 “In addition to the GoFundMe, we have also been delighted to receive some direct donations, and wonderful contributions from Master Yachts, Captain Glen McDonnell, and Martin Newman and the rest of the Foggies Golf Society.

“Of course, it’s not just Yachting Gives Back that has had to change its modus operandi, so too have the charities. Whereas Associació Tardor used to work as a ‘comedor social’, a sort of dining room slash day centre, they can no longer allow people inside their premises - aside from the volunteers - so it’s now ‘takeaway only’. Similarly, Mallorca Sense Fam used to operate as a community supermarket, where people could take a basket and choose what they wanted, up to an agreed limit depending on their size of family. Now, they too are preparing bags of food in advance for people to collect. This throws up a secondary dilemma, and that’s a supply of containers. 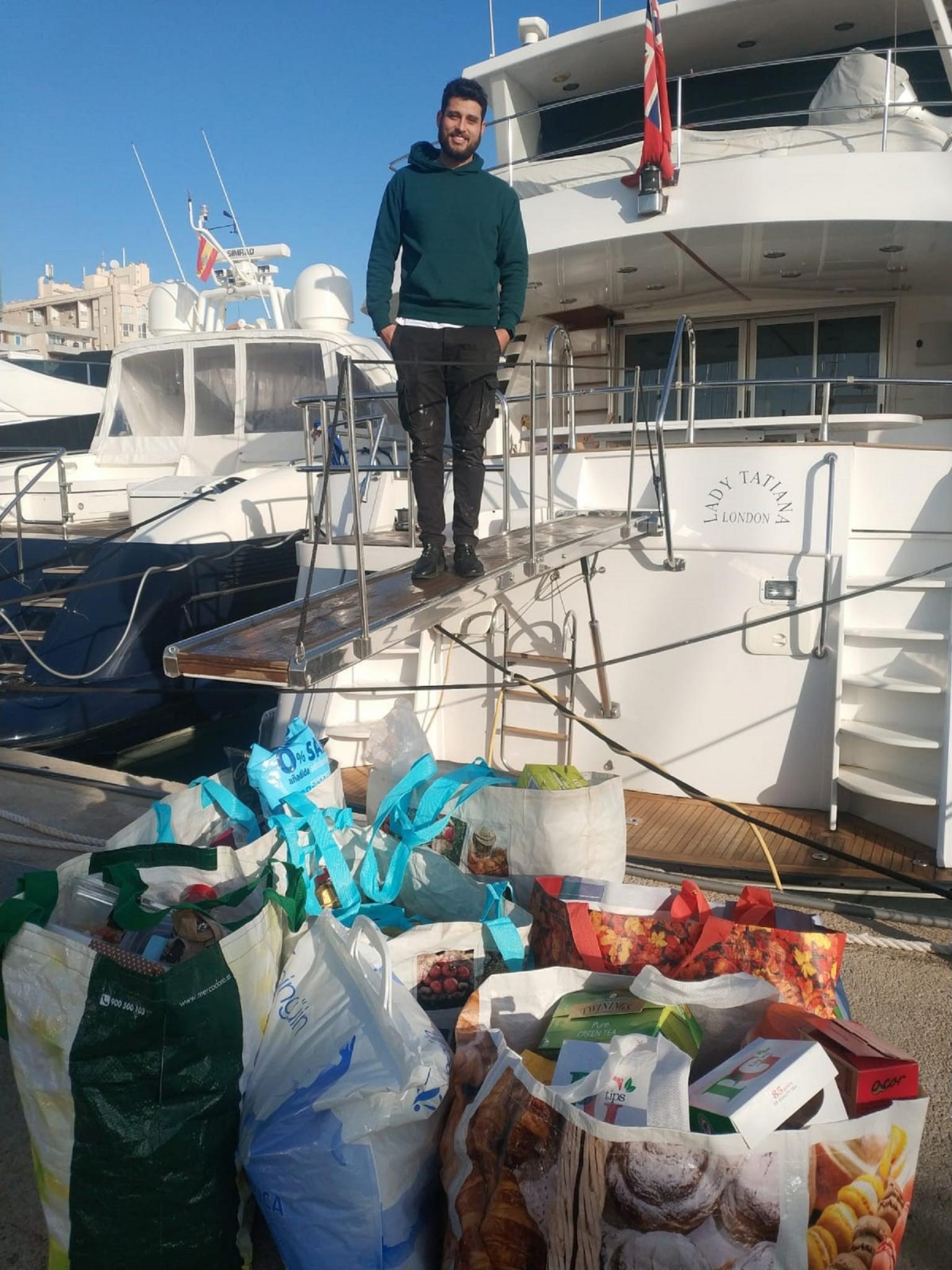 “I’ve decided to pass the money across to Associació Tardor and let them get on with it. They know far more about purchasing the right amount and variety of foodstuffs than I do. Instead, I am trying to focus on items such as paper bags, disposable cutlery, takeaway boxes, and cleaning products. Taking the advice of local eateries, I have discovered a wonderful family-run business on the polígono in Palma that supplies all kinds of takeaway packaging as well as jorums of floor cleaner and the like.

“Another new and interesting development is the desire of several restaurants, bars and hotels to open up their kitchens for the precise purpose of preparing portioned meals for those in need. I’m thrilled to say that we have just been approached by the first yacht chef offering to do the same. We will be posting details of how this works on our Facebook page shortly, but it would be wonderful to hear from any other yacht chefs, or indeed restaurants, who might be able to help us out with a dozen or more meals each day. 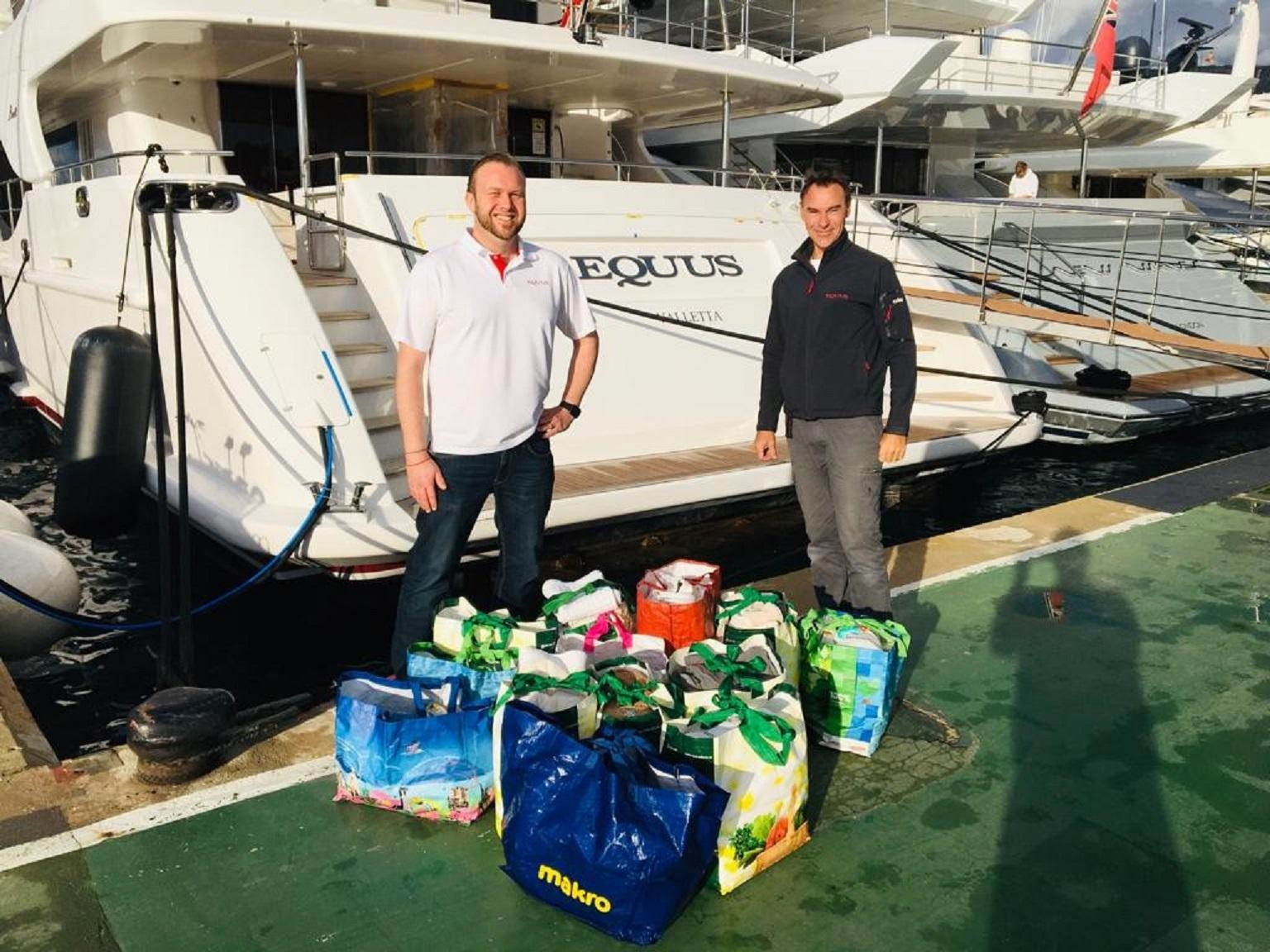 “It’s unfortunate that many of our planned fundraising collaborations have had to be put on ice for now. Sunsail, The Moorings and Dream Yacht Charter had invited us to collect the surplus food from their weekly bareboat charters, but this is obviously delayed. The Superyacht Cup, with whom we had an agreement to collect leftover crew lunches after the success of last year’s similar campaigns with the TP52 Super Series and Oyster Palma Regatta, has been cancelled. We had also been kindly invited to be part of the sustainability plan of the Palma Superyacht Show, which too has been cancelled - alongside the Superyacht Charities Seafarers’ Supper where we were to be joint beneficiaries, which has also been postponed. But, I am hopeful we can reignite these relationships in the future.

“Sadly, with jobless figures on the way up, and an ever-growing number of people reliant on benefits - if indeed they are entitled to them - I can only predict that the situation could get much worse before it gets better. The pandemic may pass, but the aftermath will certainly be impactful. Thankfully, we are never short of volunteers keen to help and, with your donations, we’ll do our utmost to help fend off hunger on this beautiful island in the Mediterranean.”