So what do you do after Sunday lunch? A few weeks ago, I spent a happy hour pulling trees out with a tractor and wouldn’t you know it, ‘tractoring’ is immensely good fun. There is no wonder o/h looks downcast when I plant something in a previously open and therefore good driving round in circles area. I had previously not succumbed to a tractor lesson partly because he seemed to enjoy it so much and has only just (a year later) stopped whooping and laughing when he gets on it to do some ultra-necessary task. 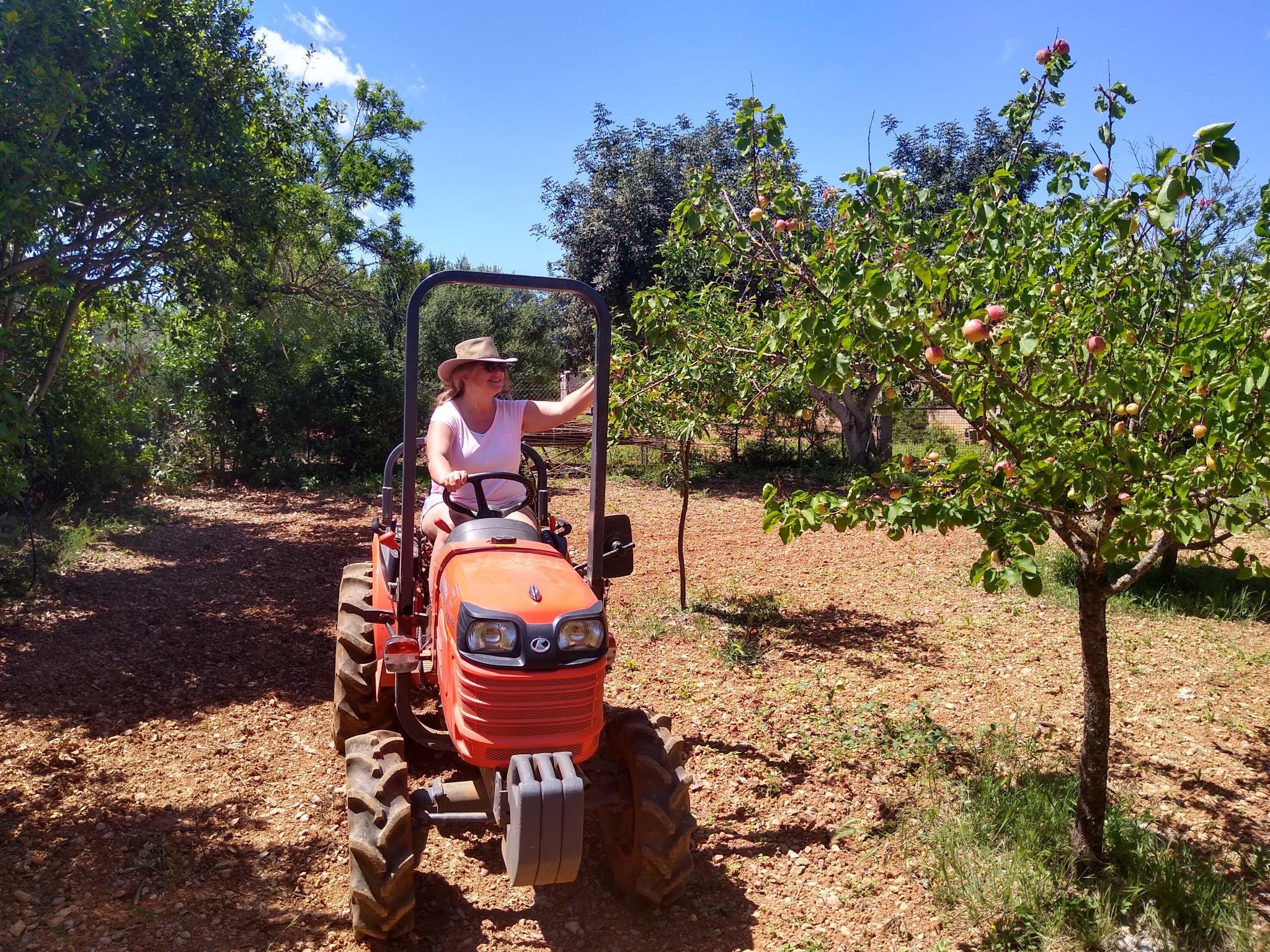 I didn’t mind at all when we harvested potatoes, on an extremely hot weekend I might add, being the one getting covered in dust and bending down picking them up as he trundled around with a beer in hand pointing out the little red jewels. A couple of weekends ago though o/h needed help, he was taffled up in some trees that were dead and leaning heavily on the neighbour’s fence. Having previously discussed that we would indeed pull these out with the tractor, the opportunity to speak with ‘next door’ arose and then o/h immediately got the saw and shears out to detangle the ivy that was attaching the tree to their wire fence. The neighbour was ecstatic that we were going to do something about it, as it has been problematic for a long time apparently. The trees approximately 30 ft. tall, were not a task to be tackled alone and so there he was chopping and sawing when he nonchalantly says over one shoulder, “Just reverse the tractor up a bit. Go on I’ll shout instructions.” 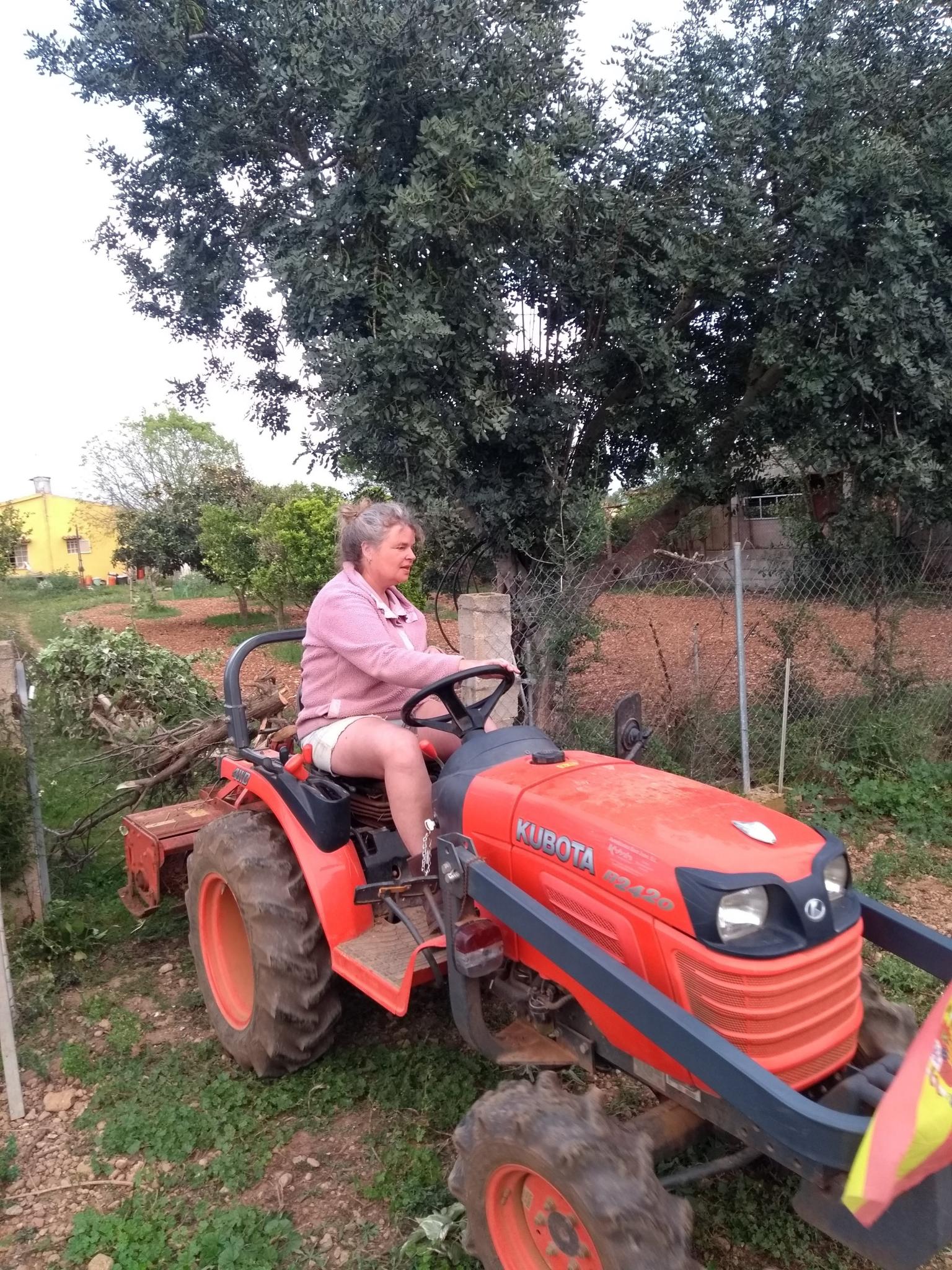 I came over all girly, there’s o/h standing behind the tractor taffled in trees asking me to get in it and ‘reverse it up at bit’…. “erm, how do I get up there, do the pedals work the same as a car, what do I do”. For once I did as instructed, I shushed and listened, climbed up, then popped it in gear and crept backwards towards my man… with a heavy tractor. Success, I made it crawl backwards slow in a slow and controlled manner and hey presto, I was immediately smitten with said heavy orange machine! I practised going forward, found the brake and clutch and my happiness levels went soaring! Hooking a heavy strap on the tree and attaching it to the back, we then followed a process with o/h instructing, “forward a bit, STOP, back a bit, STOP, forward a bit…” you get the picture. This was payback time for my trotting after the tractor picking up potatoes last year. With my newly found importance i.e. control of the tractor, I sat up there watching him heaving and puffing and gave helpful suggestions now and again. 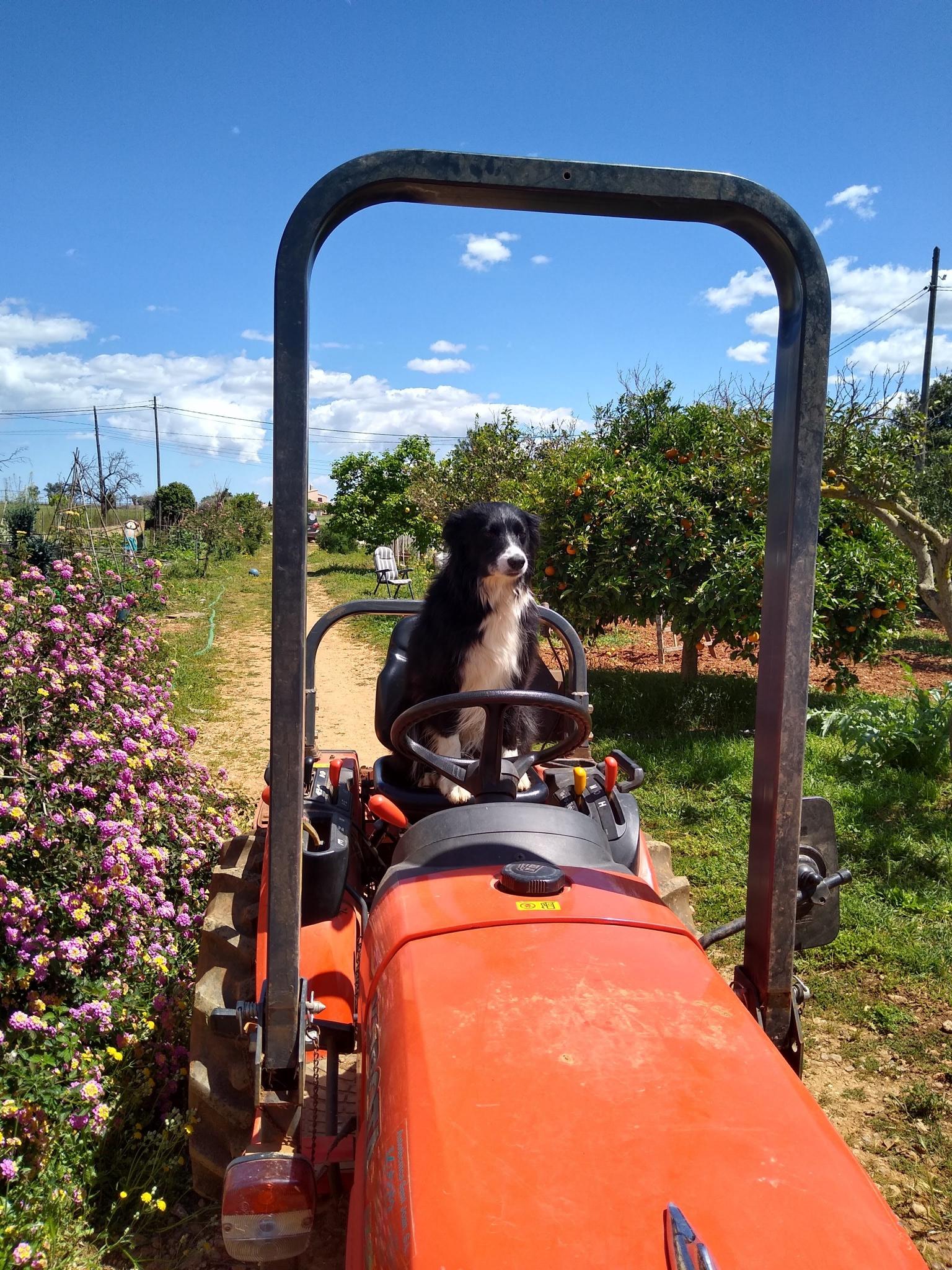 Eventually, the tree was down, O/H was intact and I got immense pleasure in setting off down the garden tugging the tree behind, I even managed to change gear. Of course, I took the responsibility of this very important task extremely seriously… I think I laughed all the way! Then we did it all again. 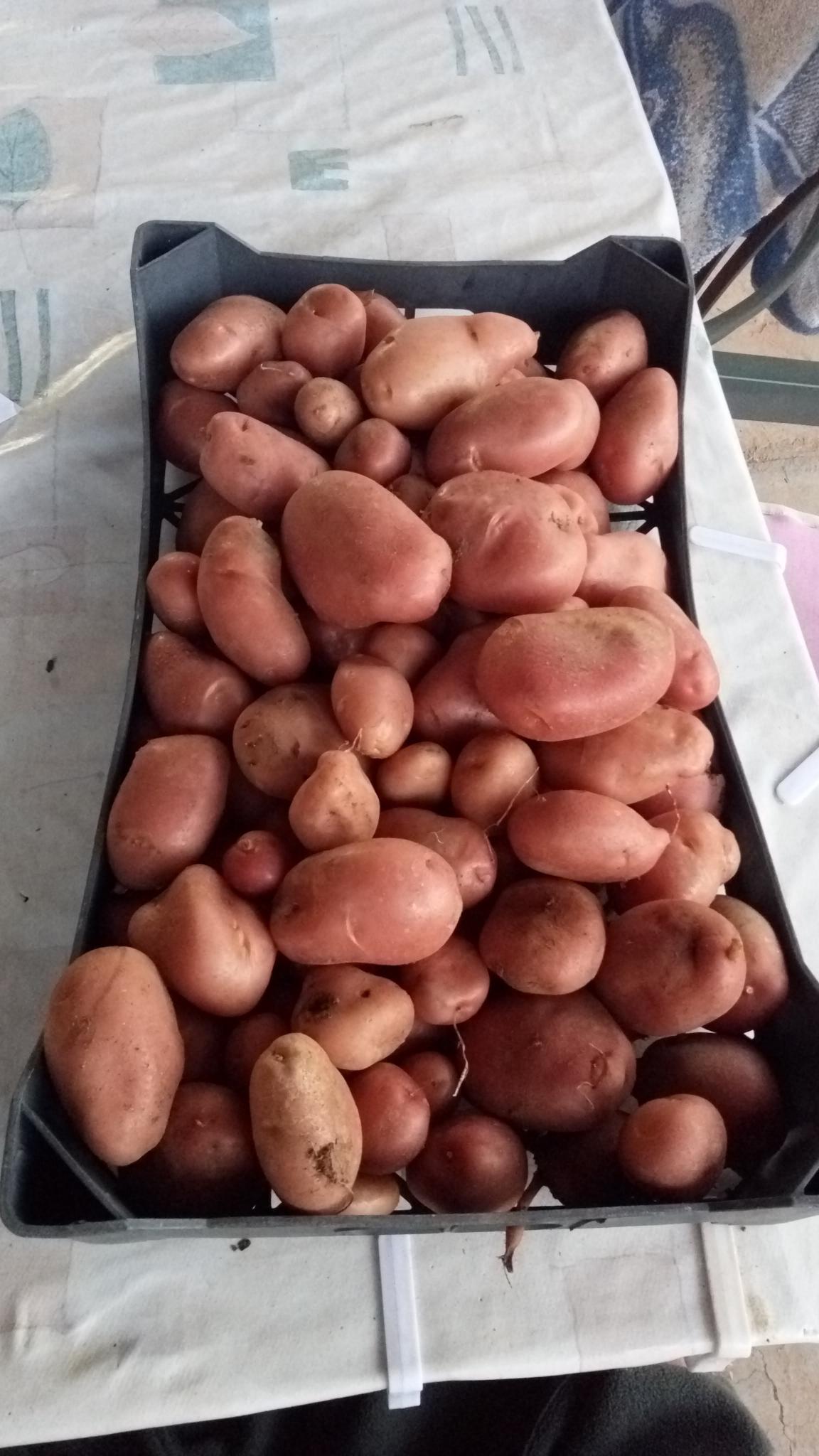 Later on whilst enjoying a glass of wine and discussing the day o/h told me he was impressed I picked it up so quickly, even if I did leave the hand break on at one point (only a little bit). “But don’t think you are going to be doing all the tractoring while I do the weeding, not happening.” We shall see, I am already re-planning where I might put things and I have earmarked a nice big sunny area to plough for potatoes…