The only story of the week is the fact that Sollerics were allowed out for a daily walk or sport. Different rules and times applied from children to the elderly. Confusion reigned about the time allowed out and the police often appeared confused. I often return to the fact of communication being so bad in our world. The facts are constantly there, being drip fed to us, but it’s all in the interpretation.

Moving on from the irritation, Saturday was just glorious. My time slot allowed a great walk in the sunshine and a chat with half a dozen, separate, socially distant friends. I was so impressed at how well everyone looked. This lockdown has given many a much more relaxed life with lots of sleep. They all looked 10 years younger. Soller itself was looking great with leaves growing on the trees in the square and orange blossom in the air. The queues for shops in the Lluna gave it the air of being busy but it wasn’t really. With a ‘one in’ and ‘one out’ policy in the smaller food shops the queue had to be in the street.

Stories galore in our world of people in lockdown alone because a ‘decision with consequences’ had been made. One friend living here for six months of the year with her husband is alone because he returned to Scotland for a week’s meetings. Then his plane was cancelled and that was it. Six weeks later and they still talk on skype.

Another friend had been ill and there was a week when bronchitis was thought to be Covid. It wasn’t and she is now fine, but it was a worrying time for her and the family. Another tale from a couple who couldn’t get back to the UK for her mother’s funeral. The funeral director in the UK set up a connection on skype and they were able to be part of the ceremony. She is still having nightmares about how she feels she let her mother down. So many experiences we can all associate with and have sympathy for. 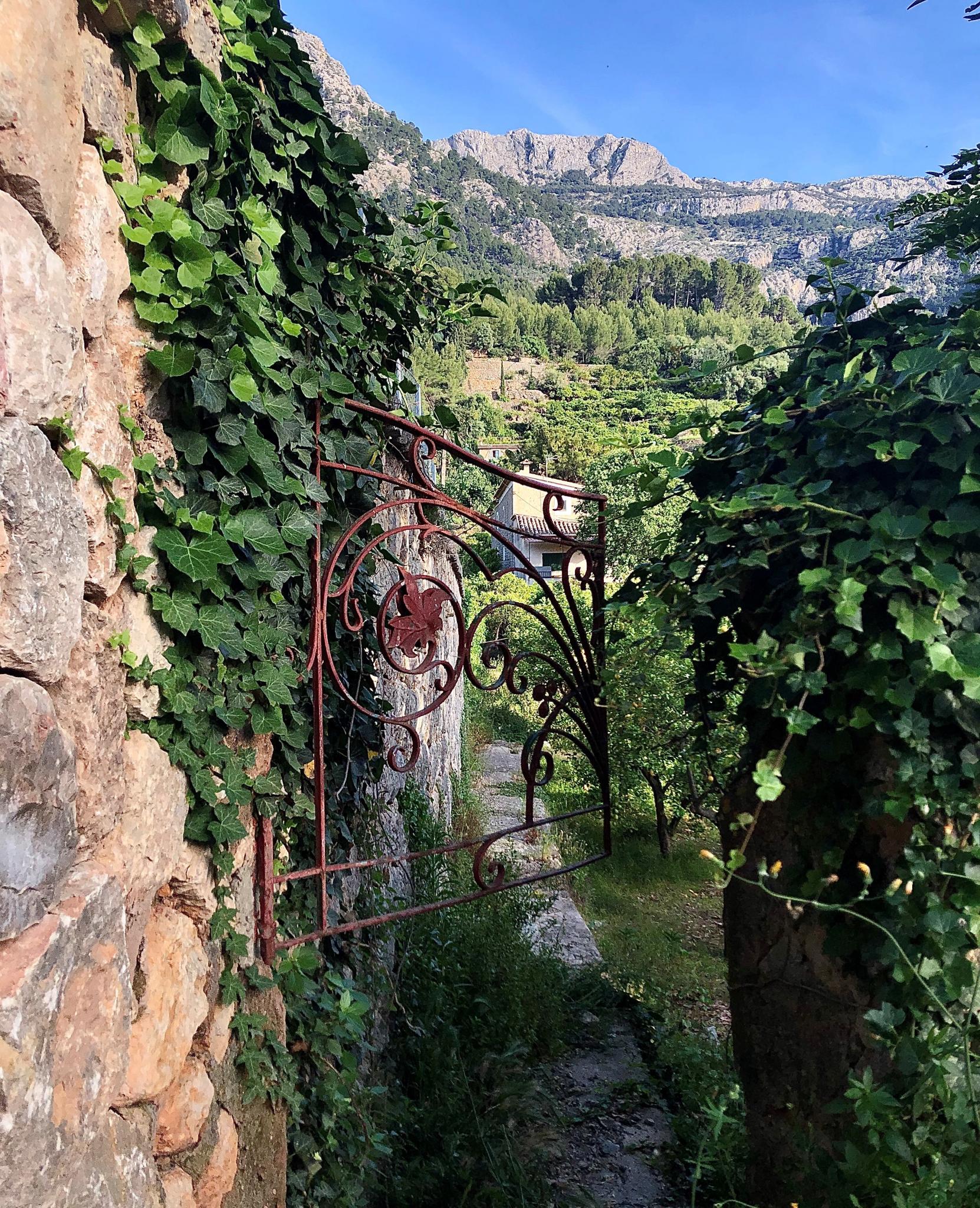 The experiences of this time will be personal to us all. Regrets and wishing we had done things differently will be there for some time and then we will all have to flow on to scenario ‘take 2’. This one is all about money, and as the benefit system here works at its own pace, people have no money.

Workers were last paid by their companies at the end of February. Some were paid for half of March but most weren’t. The Food Bank use in Soller has gone up in the last two weeks from 43 families being supported to 175 families.

This week the ‘Soup Kitchen’ of Soller opens and in the first instance will deliver meals to the needy for nothing. In time, when people are more mobile, it may be they go to the school centre for their lunch. Twenty-five volunteers cooking every day and donations from shops plus financial contributions from the Town Hall and the community. Soller is feeding its people and know this is an evolving situation.

A Spotlight of Soller by drone today would see pristine clean streets. A movement of people within the allotted hours and then eerie emptiness as the community accept their house arrest. The rebels have plenty to say and the words are the same all over the world. Some thinkers are beginning to challenge the decisions which have been made. 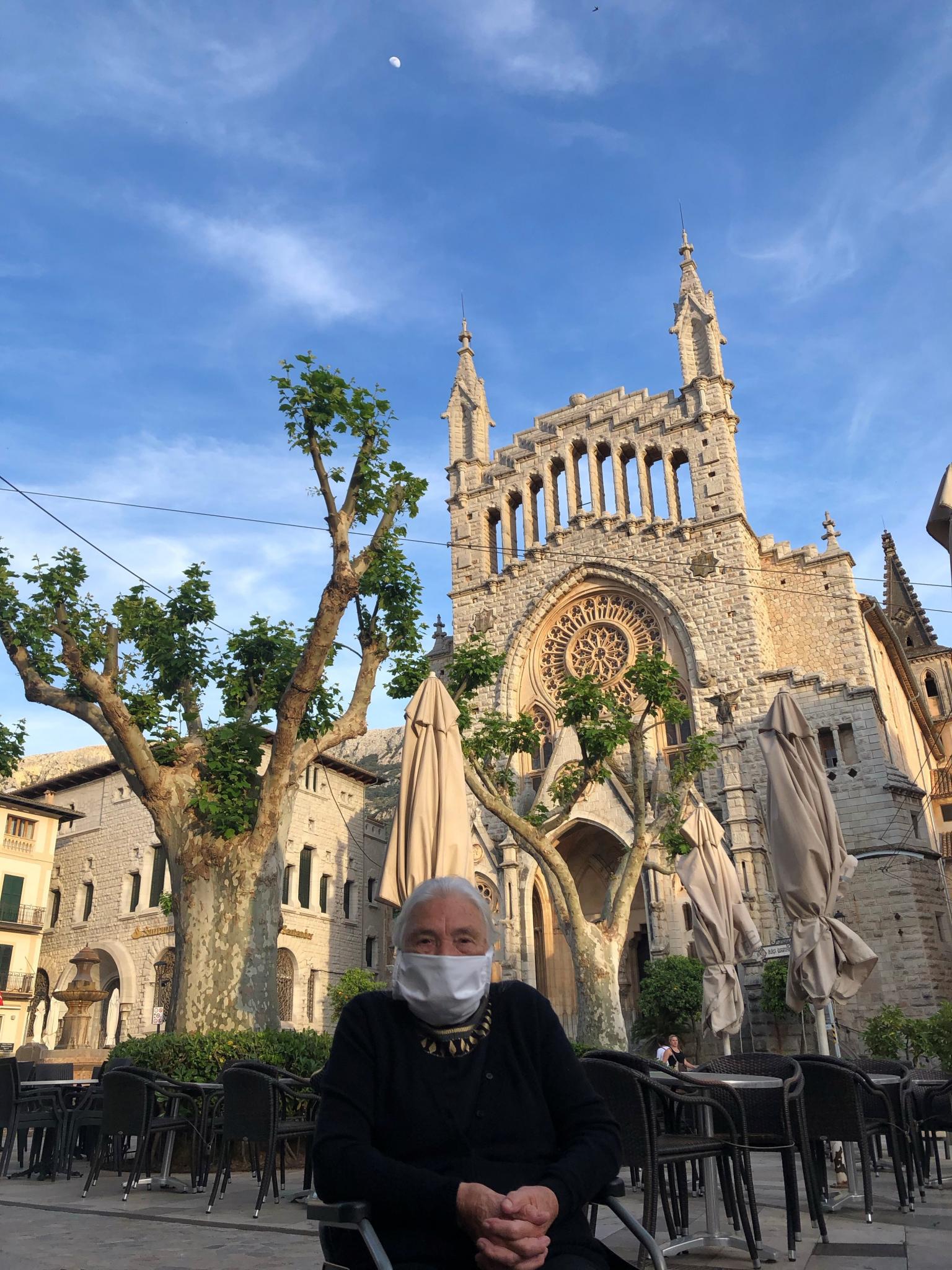 A survey in Spain came out with a list of the most obedient of communities during this Lockdown. Palma, and by default the rest of Majorca appeared on the list as one of the good guys. We all did what we were told and bought into the thought that the government was doing its best for us.

Now, as the people have no money to pay their bills they are questioning the early promises. Many have tried to get a mortgage holiday or a deferment of their mortgage for a year. It has proved to be very complicated whichever scheme you want. One friend left a bank with the words from the manager which was ‘It’s not my problem if you have no money for food after paying your mortgage, ask your family for help. The bank must be paid first’.

I leave you where I came in – the delivery of the message is all to do with communication. Other banks and other people have received very positive help from their banks. The message has to be broken down into manageable pieces. The local bank managers have no power; they are all doing what HQ tells them. It’s a mess, and needs sorting before this is the final straw for desperate people.