Seaweeds are a key element of our marine ecosystems; a distinctive feature of
our seascapes. They provide food and shelter to several creatures; sequester
carbon and other nutrients; oxygenate coastal waters and neutralize ocean
acidification. Yet they remain as one of the least known elements of our seas.
Let’s learn more about them and some of the species living in the Balearic
waters.

Seaweeds differ from plants in that they don’t have differentiated tissues. Unlike
marine plants like the seagrass Posidonia oceanica, seaweeds do not have
root, stem, leaves, flowers and fruits. Instead they absorb nutrients through their
leaf-like tissues. 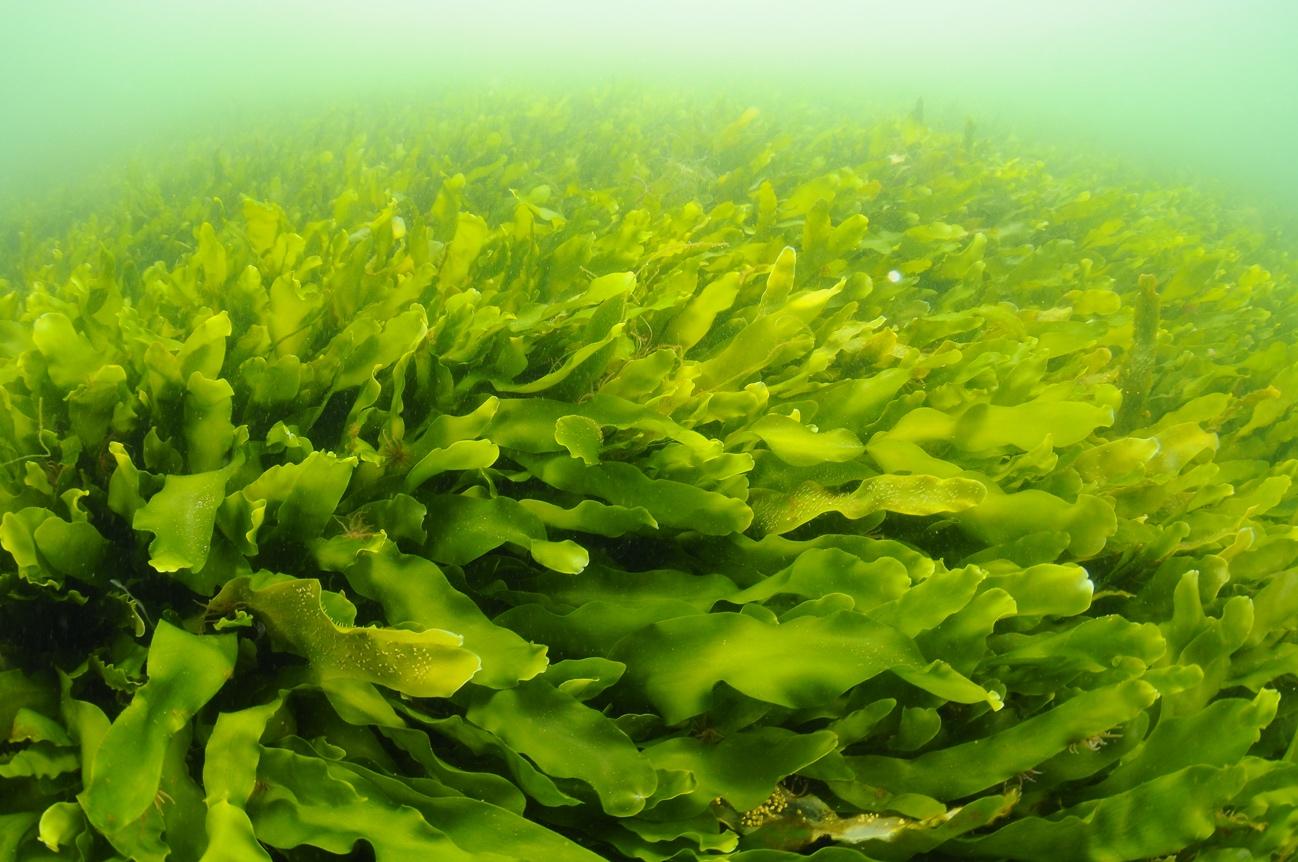 Seaweed are mainly found in coastal environments as they need light to
survive. Based on their color they are classified as green, brown and red algae.
Brown and red seaweed have extra pigments allowing them to photosynthesize
at higher water depths.

We can learn lots about the state of marine ecosystems throughout seaweed.
Some green algae like Ulva and Enteromorpha are fast-growers and can sign
an excess of nutrients in water; whereas the presence of brown algae like
Cystoseira is often a good indicator of water quality. Some calcareous red algae
look like stones often referred to as “rhodolith” and form one of the most fragile
and richly diverse marine habitats in Mediterranean waters.
Seaweed species around the Balearic Islands can have a native or
invasive origin. Some common native species include:

• Cystoseira (brown) - needs good seawater quality to grow and
therefore can serve as a bioindicator. Some of their species contain air vesicles
in their structures that helps them to stand strong currents. 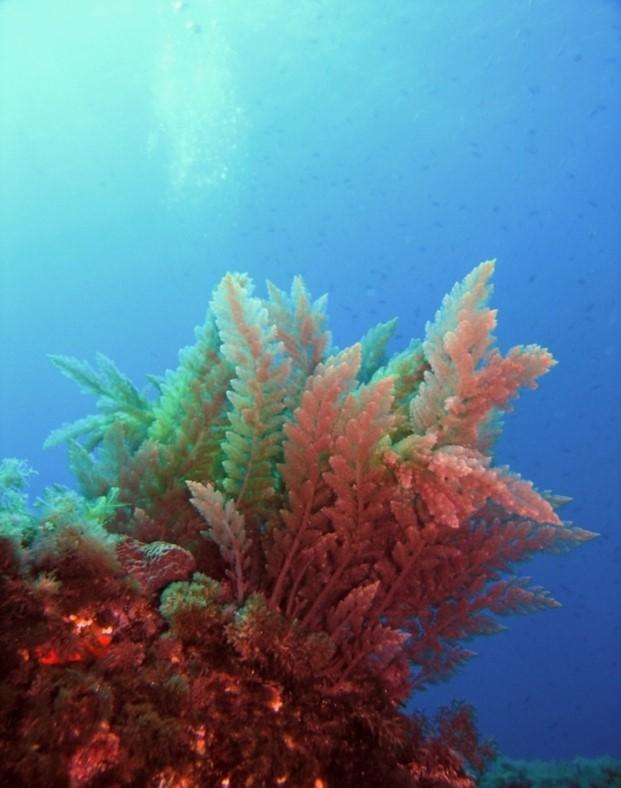 • Caulerpa cylindracea (green)- from southwest Australia, it has one of
the highest invasive potential of the Balearic Sea, most commonly found within
40–45 m.

• Halimeda incrassata (green) - from the Atlantic and Indo-Pacific
oceans, calcareous, can threaten the native ecosystem, found in southwestern
Mallorca and Cabrera.

• Lophocladia lallemandii (red) - from the Red Sea, found in all islands
up to 25 m. 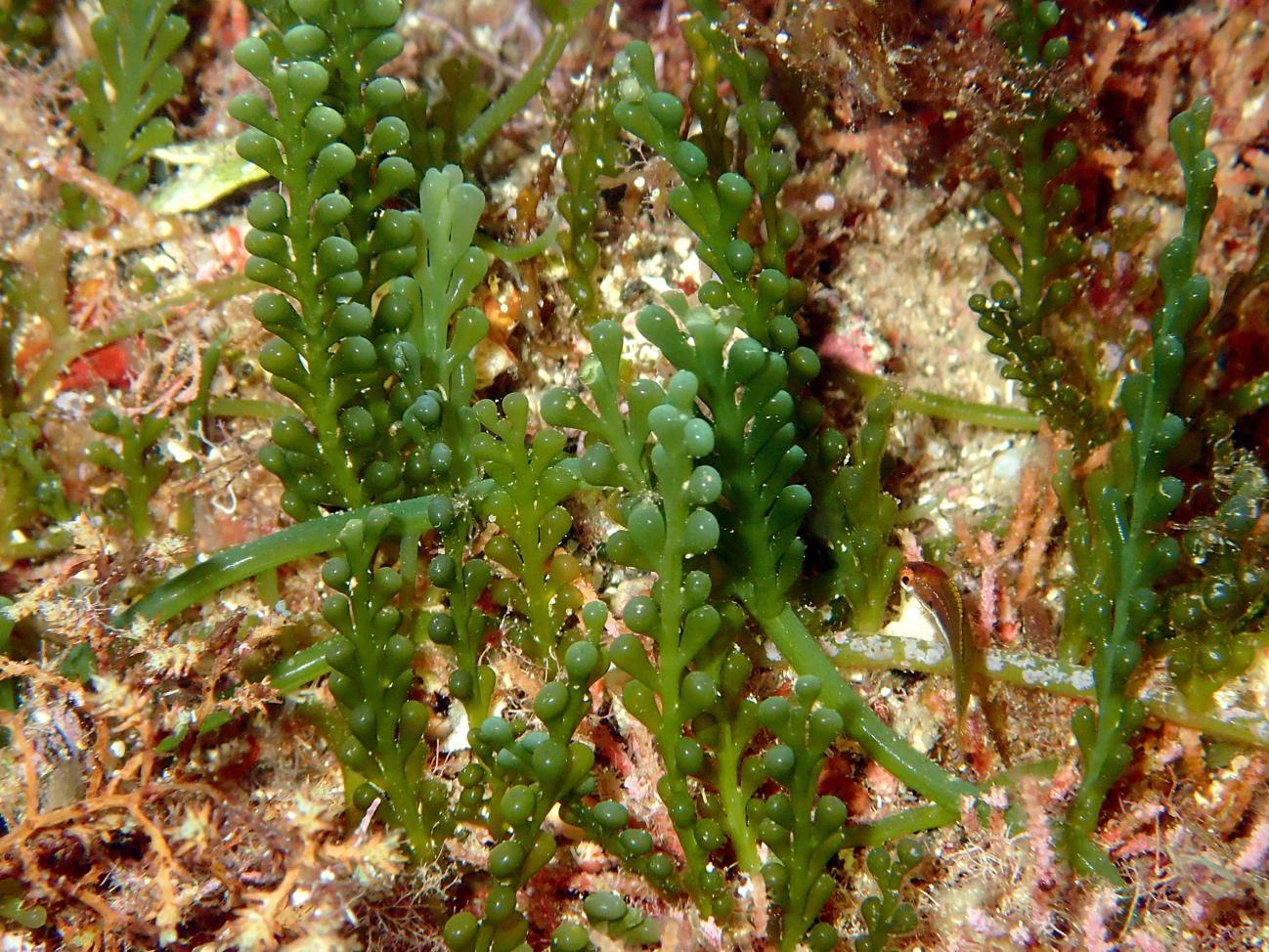 Keeping an eye on the arrival and expansion of invasive seaweed species is
important as they can rapidly transform our marine habitats and have the
potential to have a big impact on fish populations and diversity of species.
Tracking the presence and occurrence of invasive species in Balearic waters is
the aim of “Invasive seaweed” (Algas Invasoras) project of the Marine Citizen
Science platform www.observadoresdelmar.es. Marilles Foundation is working
closely with Observadores del Mar (SeaWatchers) to develop a broad marine
citizen science programme in the Balearics.