I keep in mind, more so in these difficult times than ever before, that it’s the little things that make you laugh, make you smile and can bring a tear to your eye. The little things count.

As a gardener, little things definitely make a big difference. To the outsider this garden out of season may not look like much. Earlier in the season it was a few empty structures dotted here and there, lots of empty beds waiting for something to happen. I walk around it now in our second season and know that things are alive and happening in the planting beds, some things you can see and some you can’t. I know that there are carrot seedlings so fine you wouldn’t know they are there unless I told you. I know where a bended bean is just waiting to spring upright and I see beauty in some plants others might not want in the garden. 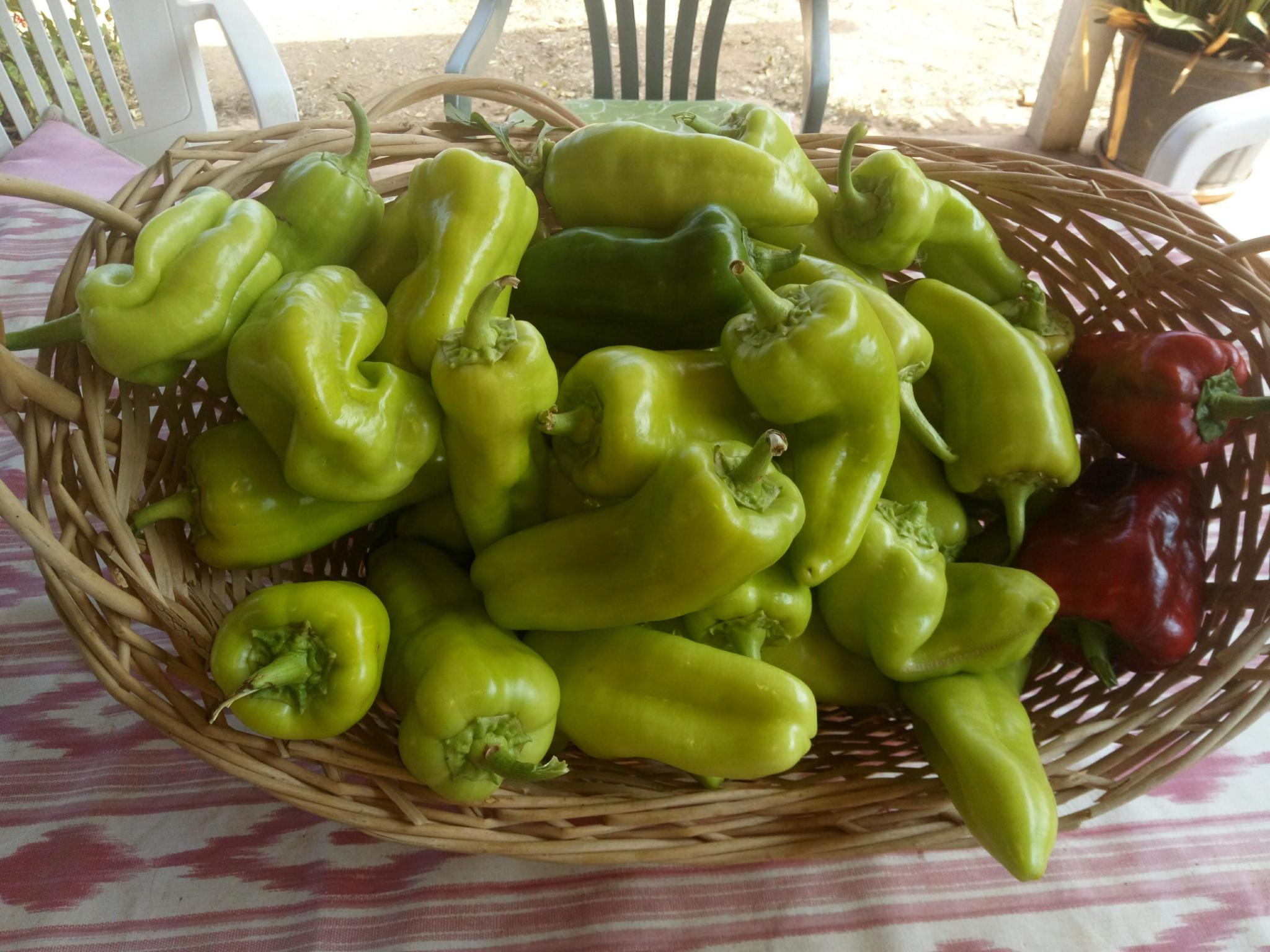 We are seeing now the benefits of decisions we took last year all to do with the earth because I also know that the worms and other healthy organisms are hard at work in the undisturbed no dig areas. The ground was a blank canvass when we arrived last year with no definition or structure other than a large area of planted potatoes. Areas of the land quickly became compacted after ploughing and in some areas the soil had little organic structure to it.

Despite that the tomato and pepper harvest were good. This year they will be better and need less weeding - I hope. We have added raised beds on top of some areas of really compacted soil. We didn’t dig it, merely followed the methods of no dig gardening that we have researched and this year already see the benefits. 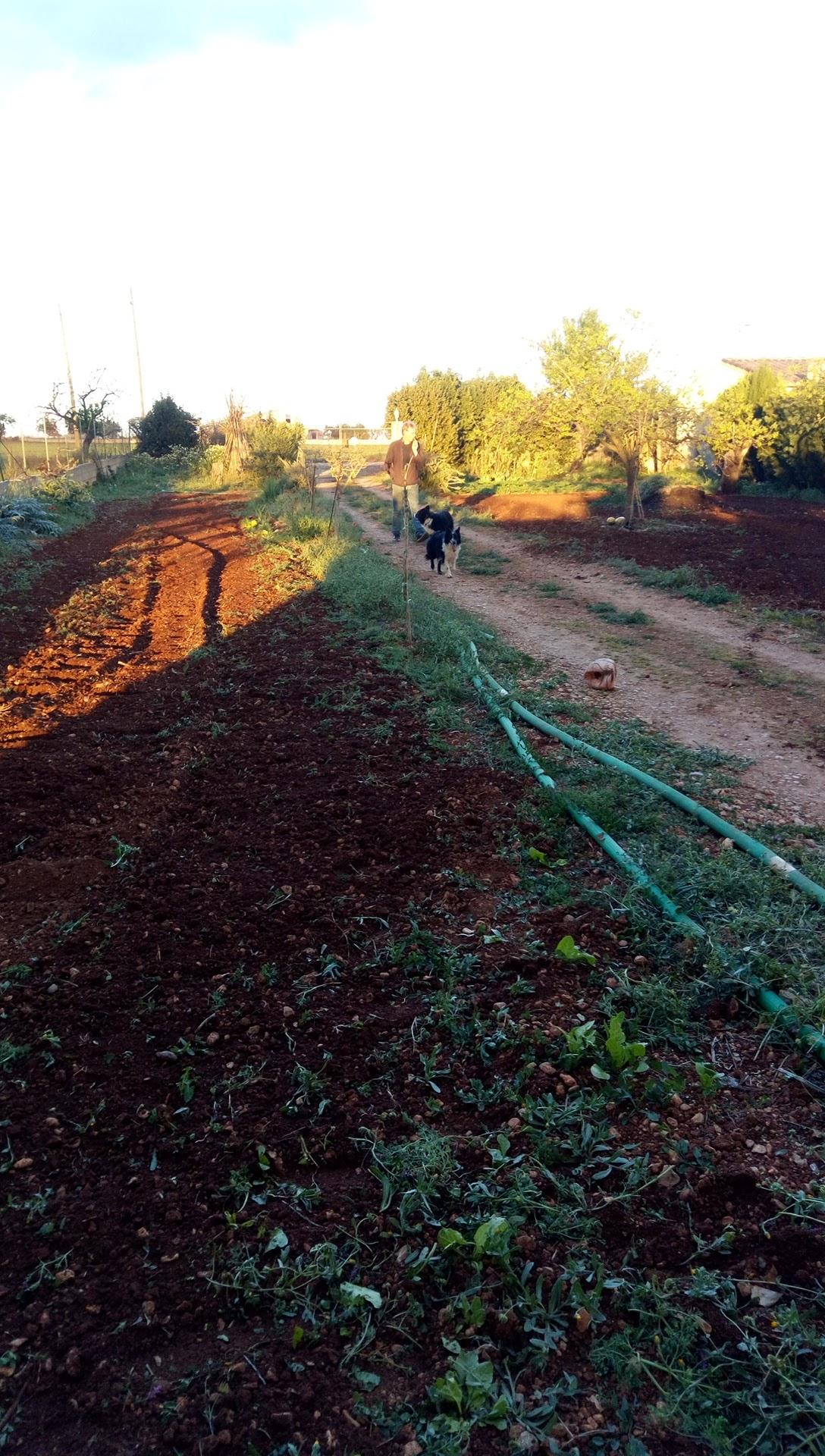 One of the main problems in this garden apart from the snails are the weeds. The issue being, as soon as you dig the soil you expose to the light all the weed seeds which then burst into life, this is the soil’s way of recovering from disturbance. Through the no dig method, the health of the soil can be improved with the life giving organisms and earthworms all undisturbed to do their bit. It really is a fascinating subject if you are interested in gardening and I recommend having a look for information yourself. I really do think even in this second season that it has made a difference. All we did this year was put fresh compost on top of last years planting beds and have so far spent far less time pulling weeds. 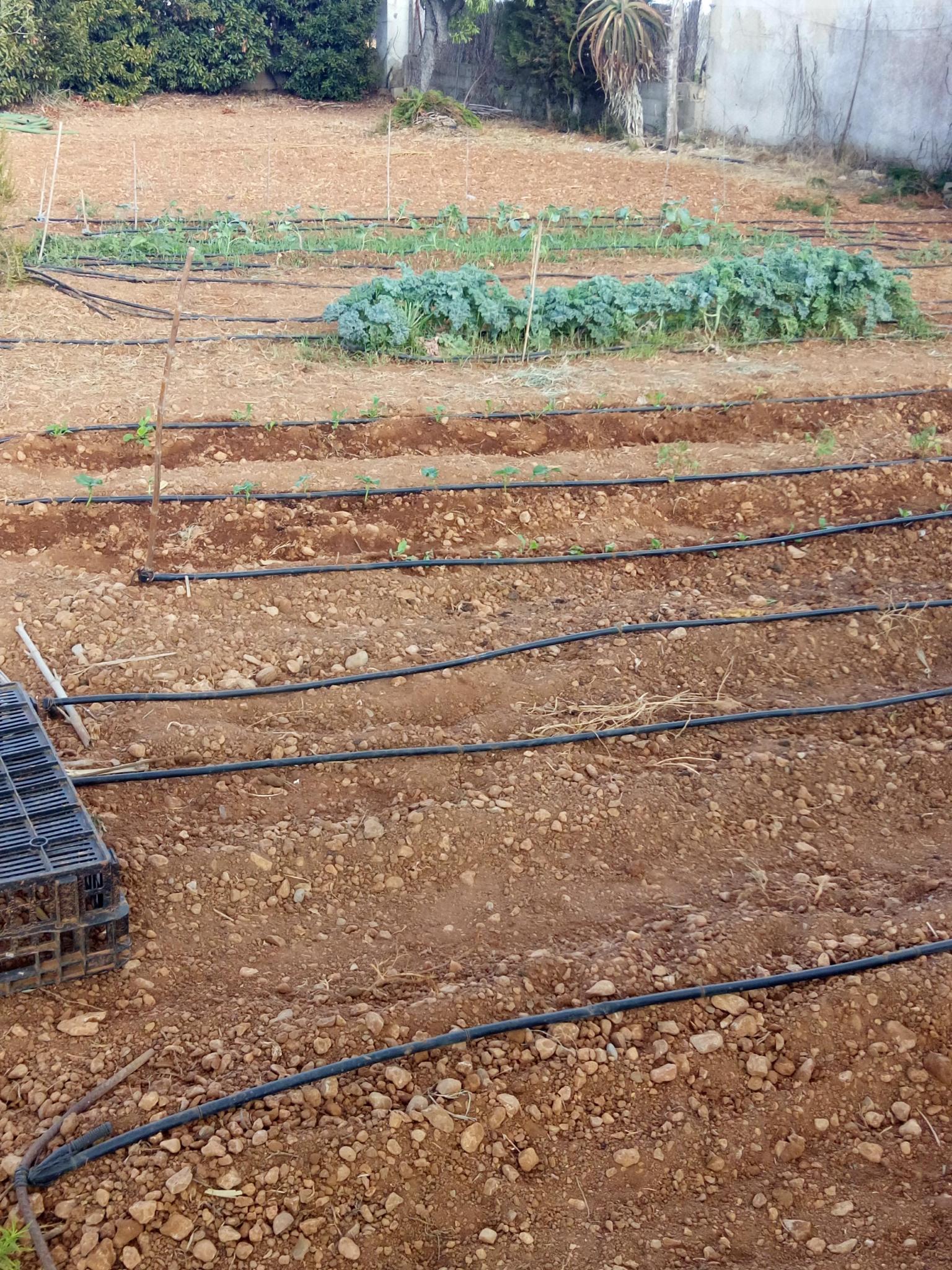 We created the beds by placing the frame directly on the soil without digging or weeding it, then we simply covered the bottom in cardboard and put more soil and compost over the top, in some of them we also added kitchen scraps to compost insitu. We finished the beds off with free compost/mulch which we collect from our punt verd. Each year I will just add a new layer of our own compost. Only one year on and when I make a hole for a new planting in one of the beds now, more often than not I see a worm that I quickly put back before it becomes lunch for the birds. Worms are billiant for the soil as they aerate it and take compost from the top and bring it down to give nutrients to the roots of the plants. We do still get weeds in the beds likely from the fresh compost, but no where near the amount we did in the first year so that for me is a plus. All that was needed was a bit of warmer weather to get the seeds germinating. Placed in the right spot in the garden and with lots of bees to pollinate we have already started harvesting courgettes, beans that the snails didn’t get to first and some early cherry tomatoes. 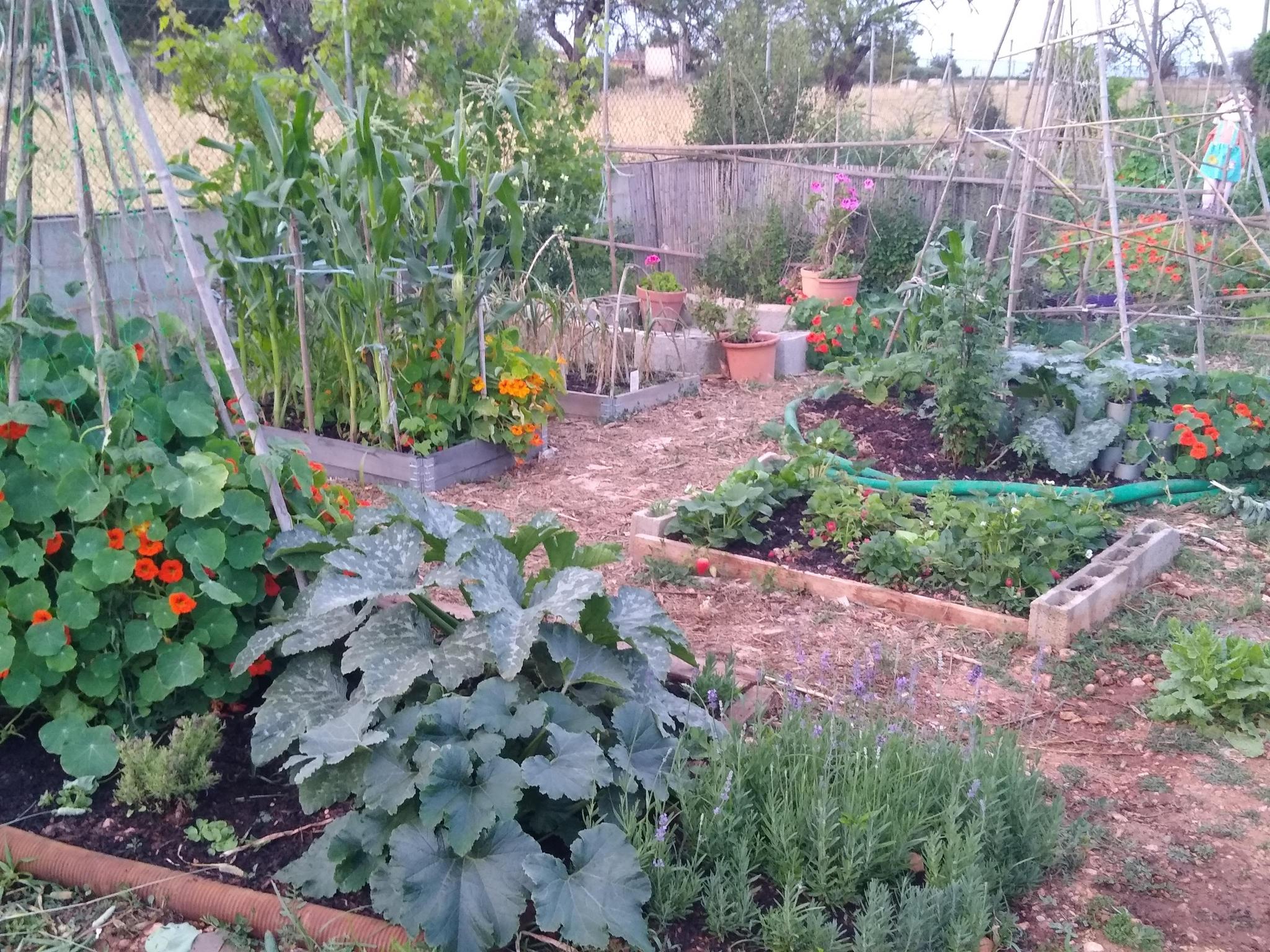 We have a few more weeks to go before we dig up o/h’s plants that we planted for our experiment to see if the soil is indeed alive, I’m sure I’ll be updating you on that. Happy pottering everyone.