A few summers ago, residents of Son Serra de Marina complained about motor homes. These were residents of properties overlooking the bay. The motor homes were parked on a bit of road by the beach; bit being an appropriate word, as there isn’t a long stretch of beachside road (Paseo Marítimo) in Son Serra. The offending motor homes, the residents said, were obscuring their views of the sea.

One wouldn’t describe Son Serra as lawless, but this curious adjunct to the municipality of Santa Margalida has a personality defined by the fact that apart from residences, there is hardly anything there, except the beach. A smattering of bars, and that’s pretty much your lot. Accordingly, Son Serra had tended to abide by its own rules, those determined by summertime visitors wishing to take advantage of its quietness, its glorious beach and its quality as a throwback to more innocent days of beach living.

The time came when greater order needed to be introduced. Motor homes were part of that order. A common enough sight in Son Serra, they didn’t just block sea views for a small number of residents with frontline properties. In June 2016, the town hall created a motor home park. It was next to the municipal office. The creation of this park was in order to prevent, the town hall said, motor homes from occupying “public land-maritime domain”, which in plain English means the immediate coastal area or indeed beach itself.

A year or so later, the Siurell Balearic Association of Motor Homes threatened to take the town hall to the Balearic high court. This was because the town hall had banned the parking of motor homes on front lines in the municipality, and most obviously the front lines of Son Serra de Marina. Joan Monjo was the mayor at the time. He was said by the association to have a “fixation” against motor home owners who, rather than being a nuisance, “do not generate waste while they contribute to sustaining the complementary offer”, i.e. the bars.

The association maintained that the mayor didn’t know how to differentiate between what was legally acceptable and what wasn’t and that he was “favouring his voters on the front line” - those residents with blocked sea views. The town hall had prohibited vehicles of more than 2.1 metres in height and 5.2 metres in length from the front line, while its motor home park, the association explained, was “exposed to the sun, with uneven orography (slopes, in other words) and without any type of services”.

As far as I’m aware, nothing ever came of the threat to take the town hall to court, and since 2017 the story of Son Serra’s motor homes has been as quiet as Son Serra has a habit of being. But it isn’t a story that is confined to Son Serra. It is one that affects other parts of Alcudia bay and indeed Pollensa bay.

In Playa de Muro, motor homes can gather at the ends of roads by the beach. There are rarely more than two or three at a time. They don’t block anyone’s view, but it hasn’t been unknown for there to be complaints - mainly to do with waste, whatever the association had to say about motor homes in Son Serra.

This summer, there has been an apparent intensification of the issue of motor homes in parts of Alcudia - Sa Marina, Alcanada, Mal Pas and elsewhere. The town hall reckons that the virus pandemic has “aggravated historical problems”. Environment councillor Tomàs Adrover observes: “This year there is a boom in caravans. With the pandemic, the number of caravan rental companies has increased, and many people have decided to buy this type of vehicle as a way of spending their holidays. They don’t want to go to a hotel.”

As a result, it is said, there has been motor home “massification”, which is probably stretching things but has nevertheless prompted the town hall into putting rocks and pylons onto areas by the sea where it has been possible to park motor homes (and indeed other vehicles). As well as this massification, the town hall is concerned by overcrowding on some beaches at weekends and the risk of fire.

A solution may be at hand, and this is a motor home park. The councillor for urban planning, Joaquín Cantalapiedra, says that the owners of a plot of land in Puerto Alcudia have approached the town hall. They want to know if a park would be possible. If so, they will apply for planning permission. Cantalapiedra explains that there would be room for some thirty caravans, which could stay for maximum of two to three weeks. The park would have electricity, tap water and a system for waste.

Which all sounds like a reasonable idea, except in one respect. The motor home park wouldn’t be by the sea. Part of the problem with the Son Serra solution was precisely this. Motor homes are for taking as near to the beach and sea as possible; or so it would appear. Moreover, the Alcudia solution is in the port area, which isn’t of much use to those motor home owners who prefer the smaller coves and beaches.

This all said, romantic and simple though it might be to park a motor home by a beach, it isn’t as simple as it seems if these vehicles cause a genuine problem. There again, motor home owners do perhaps deserve some sympathy, as there is hardly any official provision for the vehicles to park. This applies across Majorca and highlights a failure to appreciate that there are ways of having a holiday which don’t require a hotel or a villa. Motor homes are therefore in a similar boat to camping which to all intents and purposes doesn’t exist in Majorca. 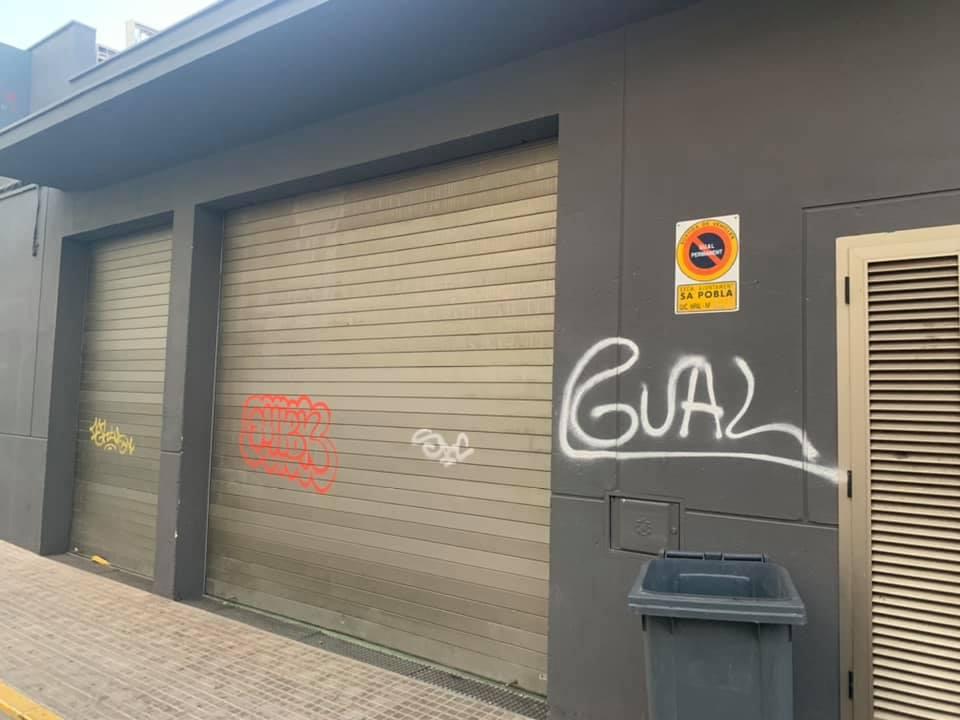 It’s hardly a problem unique to Sa Pobla, but there has been a sudden spate of graffiti in the centre of Sa Pobla, with shop fronts the prime targets. Overnight on Wednesday, numerous shops were vandalised in this way in the area around the Avenida del Tren.
Sa Pobla’s mayor, Llorenç Gelabert, says that the perpetrators have been identified and that the police will be acting accordingly. He is urging residents to report any acts of graffiti to the Guardia Civil, while noting that part of the problem with graffiti is a general lack of police in the “part forana”, i.e. in municipalities such as Sa Pobla away from Palma.

The leader of the Partido Popular opposition in Sa Pobla, Violeta Rodríguez, is insisting that those responsible for graffiti should be dealt with adequately. They should not go “unpunished”. She is critical of the town hall administration led by Gelabert of El Pi, who had made an election promise that public security and “control of coexistence” would be a mainstay of their policies. 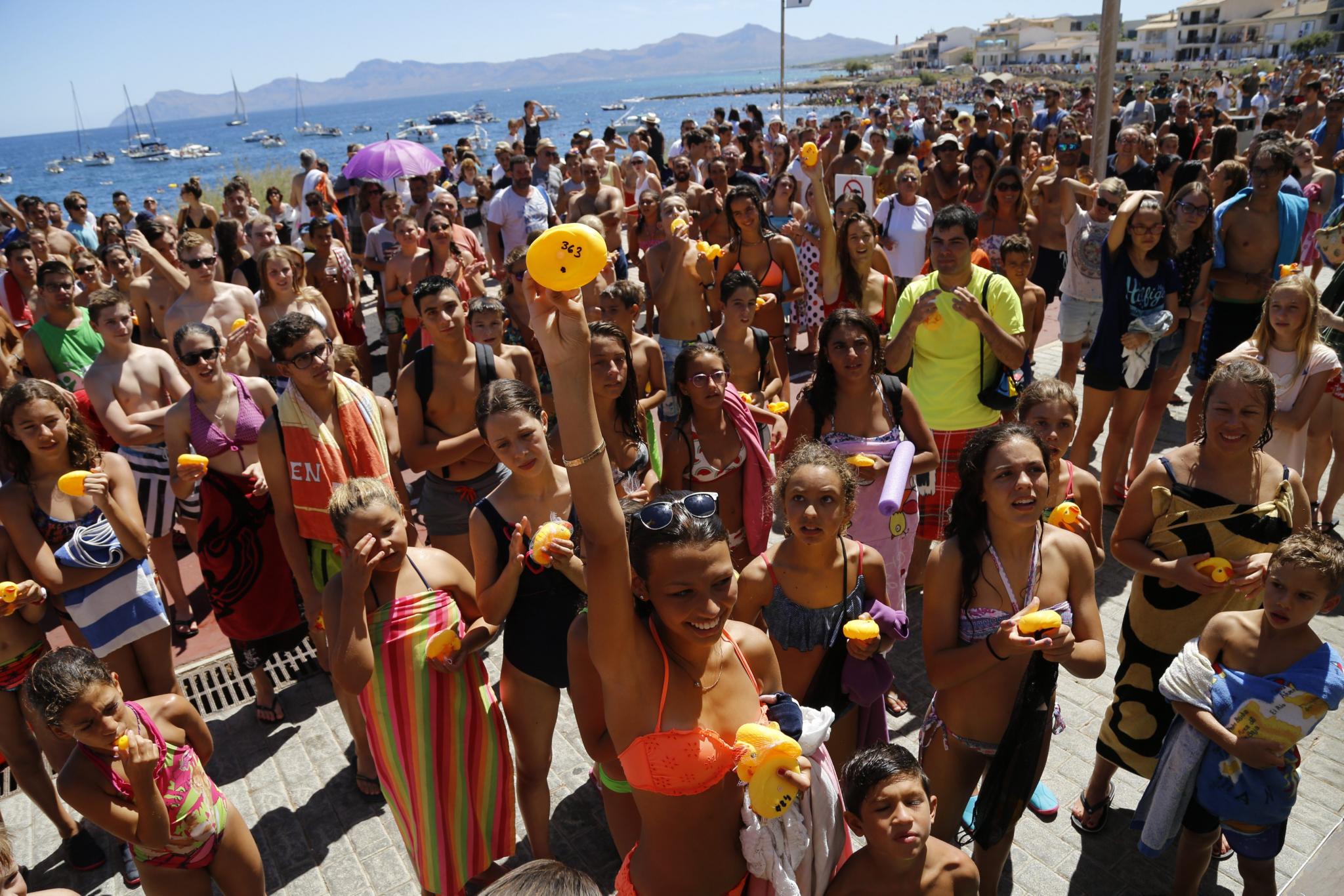 Duck’s off in Can Picafort

The public holiday on the fifteenth of this month provides the context for what is one of the great fiesta days. Or should be one of the great fiesta days. The Assumption of the Virgin Mary, usually referred to in fiesta terms as Mare de Déu d’Agost, is when Majorca would normally be at around its fullest - more people than at any other time of the year. From the fifteenth, the numbers would typically fall, and so the climax of the fiestas (the fifteenth) is like a climax to the whole summer.

Can Picafort’s fiestas are among the stand-outs of the summer, with the fifteenth being when a spectacular pyromusical firework display lights up the bay and when there is also the duck swim.

Despite or perhaps because of the controversy surrounding the banning of the use of real ducks (the ban came into effect in 2007), the duck swim has never been so popular. But alas, it is a victim of the virus. While it is obviously in the open air (and in the open sea), there are the crowds to be fearful of, not just those taking part but also those watching. Santa Margalida town hall has therefore cancelled the swim, the fiestas very much a pale shadow of what they would normally be.

In Playa de Muro, there is more cancellation. The fiestas for Sant Llorenç at Ses Casetes des Capellans were called off at short notice, the town hall apparently concerned by the rising number of coronavirus cases in Majorca. Back in Santa Margalida, the town hall has also decided to cancel the La Beata procession, which would have been on the sixth of next month. 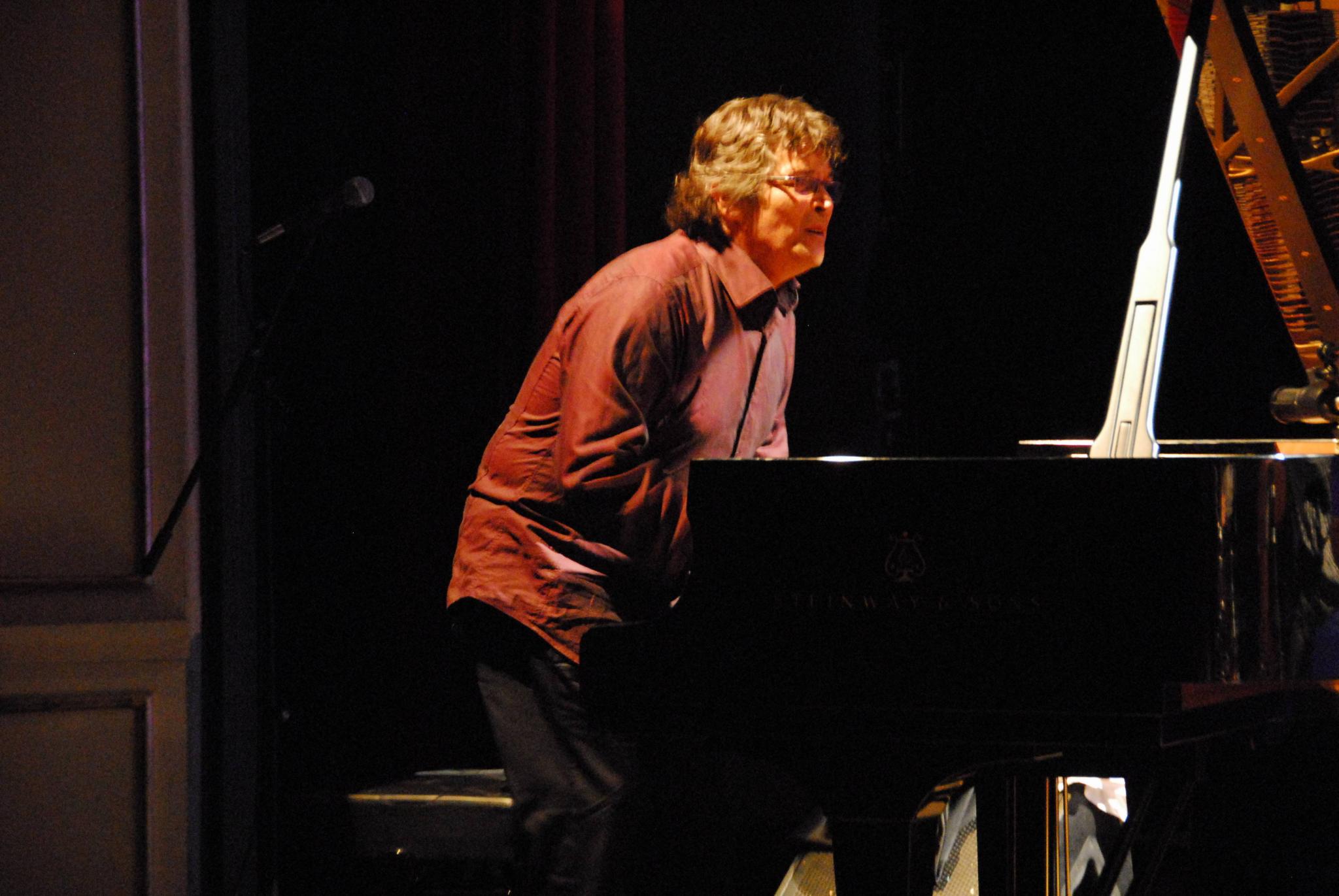 What’s On in the north

Can Picafort
· 20.30: Family musical theatre - “Mediterrànea”. Plaça Cervantes. Free, with tickets (on phone or printed off) from mallorcatickets.com.

Thursday, 13 August
Can Picafort
· 22.00: Comedy - Agustin El Casta, “Confinados”. Sports centre. 22 euros in advance from Ones and Volare shops. 24 euros on the night.

Friday, 14 August
Alcudia
· 22.00: Theatre - “Amarg”. At the Roman theatre in Pollentia. Three euros. Tickets in advance from the auditorium or online (auditorialcudia.net).

Can Picafort
· 22.00: Theatre - “Pronostic Reservat”. Plaça Cervantes. Free, with tickets (on phone or printed off) from mallorcatickets.com.