Ever since Palma restaurants started to reopen on May 28, I have been seeing all kinds of welcome changes when eating out. The restaurants had been closed for 77 days and when some of the old regulars walked in there were tender nostalgic moments on both sides.
That feeling of an amiable old friends’ reunion is still very present almost four months later — and staff-customer bonds are being cemented on a daily basis.

The vast majority of Palma restaurants play background music that is sometimes totally unsuitable and often so loud normal conversation is almost impossible. Over the years I’ve walked out of a dozen places where they refused to turn down the music. And I’ll never go back.

The music at La Rosa was being played by a jazz quartet that was swinging nicely but the volume was too high and the short trumpet solos struck a jarring note in a dining area with a low ceiling.

So I did what I always do in this situation: I told the waitress I like jazz and would like it even more if she turned the sound down a little. She nodded, smiled and continued on her way to the bar area.

Ten seconds later the music was turned off. Not down. Off. It would seem that if someone finds the volume disturbing, they unplug. If that’s the case it’s a splendid policy — no one goes to a restaurant to listen to music.

Spanish dishes made with meat and fish of some kind are popular and are known as ‘mar y montaña’ (sea and mountain). La Rosa’s version was done with albóndigas and pulpo — beef meatballs and chopped octopus arm.

Everything was packed with flavour, the meatballs made with nothing but meat (no fillers) and with a lovely spot-on consistency. So often nowadays meatballs are cooked to the nth degree. The small pieces of octopus were nicely tender and tasty. 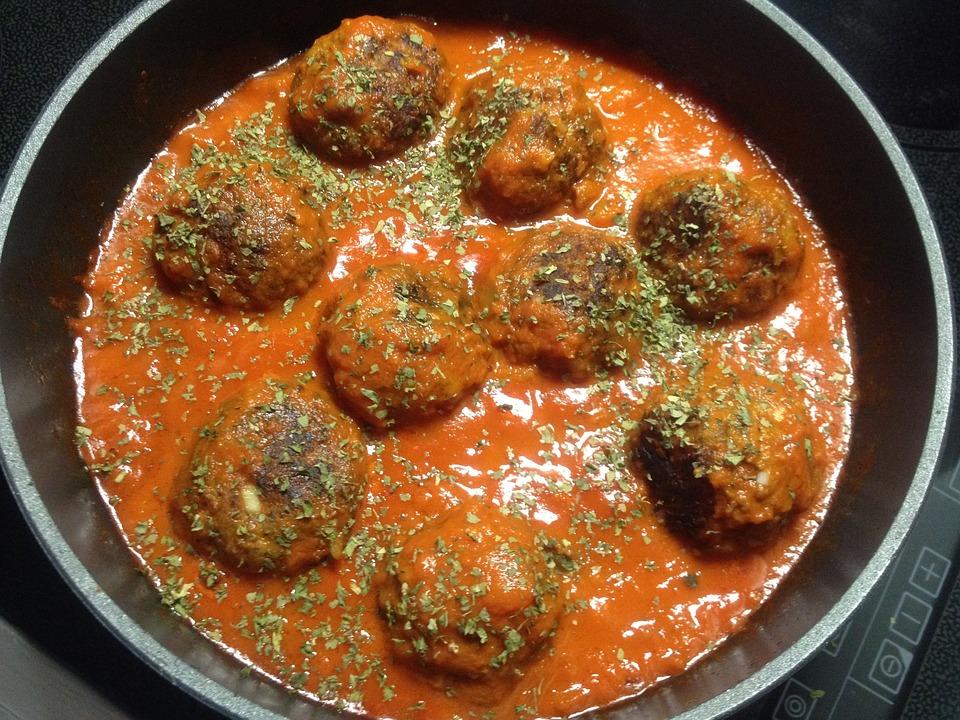 La Rosa opened a couple of years ago when there was a Spanish vermouth revival. People started opening specialist bars serving vermouths from every part of the country and abroad, and some even had it on tap. These bars are called ‘vermuterías’ and La Rosa is one of them, although it also functions as a fully-fledged restaurant.

The bar area is nicely done in the retro style of a Madrid ‘vermutería’ and you should nip in for a vermouth and a tapa or two. And if you stay to eat you’ll have a most enjoyable meal.

Portions are large and should be shared by everyone in your group. Order no more than three dishes to start with or you may find you’ve gone over the top and can’t finish everything.

You must bear in mind that portions at La Rosa are very generous and always far too much for one person. You should share every dish you order. When four share, the cost of the meal is most reasonable. The Spanish potato tortilla is a very filling dish and ideally should be shared by four. It’s enormous. It comes runny, which is how many people want it nowadays. If you would rather have it fully cooked through, tell them so. Ask for it to be ‘bien cocida’. I had ordered a portion of chips, but even before I finished the tortilla I cancelled the chips — it would have been far too much. The albóndigas were all meat and cooked spot on. The cañas (at the local bar price of €1.50) came in the highly acceptable short wide glasses known as ‘chatos’. (Rambar, please take note).

Vermutería La Rosa, Calle de la Rosa 5, Palma (next to Plaza Weyler, where the Gran Hotel is). Tel:971-778929. As they are so central and have a good reputation, La Rosa is the kind of place that can fill up at any time during the day, so you should either get there very early (we went at 1pm) or reserve a table. The retro bar area is straight ahead as you enter and there’s another longish bar in the dining room — but it lacks the charm of the retro Madrid-style ‘vermutería’.

T wenty years ago Woody Allen and his New Orleans Jazz Band did a tour of Europe during which he and the musicians were followed by a camera team. The result was a documentary called Wild Man Blues.

They were certainly in Woody’s luxury hotel room the morning after the Madrid show when Woody and his wife Soon-yi were sitting down to breakfast.

On the table was something under a huge bell-shaped stainless steel lid. When Soon-yi lifted it off there was a Spanish potato tortilla sitting forlornly on a round plate.

Soon-yi cuts off a bit, tastes it and screws up her face in disgust. “It’s very compact. I don’t like it.” Woody tries a bit and he pulls a grimace. “Jeez! What made you order this?” Soon-yi says: “Well, we’re in Spain, it’s a Spanish omelette. It seemed appropriate…”
In a close-up of the tortilla you can clearly see it’s dried out, leaden and most unappetising. This is a distinguished luxury hotel and he’s Woody Allen with a camera crew at his heels wherever he goes.

You’d have thought someone would have asked them how they liked their potato tortilla and then they would have made it to order. But the hotel goofed and Woody Allen fans around the world were very much aware of it.

Since then runny tortillas (jugosas, in Spanish) have become popular and that luxury hotel is now probably doing them soft and moist. That’s how you get them at La Rosa and on the menu it says ‘las hacemos jugosas’ — we do them runny.

But as many restaurants say they do them ‘jugosas’ and then don’t, we asked for ours to be ‘bien jugosa’ — and they did it like that. There’s no need to say ‘bien jugosa’ — their concept of ‘jugosa’ is nicely runny. It was of a very generous size: as you can see in the picture, four can share it.