The Soller Valley has been a perfect photographic opportunity this week. Last Friday morning the Soller train began running again and everyone was happy. The train was halted after the first major storm of the season, which brought trees and power lines down. No train for weeks, while they did repairs has been very depressing for the shopkeepers in Soller. So just as the whistle blew again and the familiar sights and sounds took place guess what? The second major weather event of the Autumn season, 140 km winds for almost 24 hours. 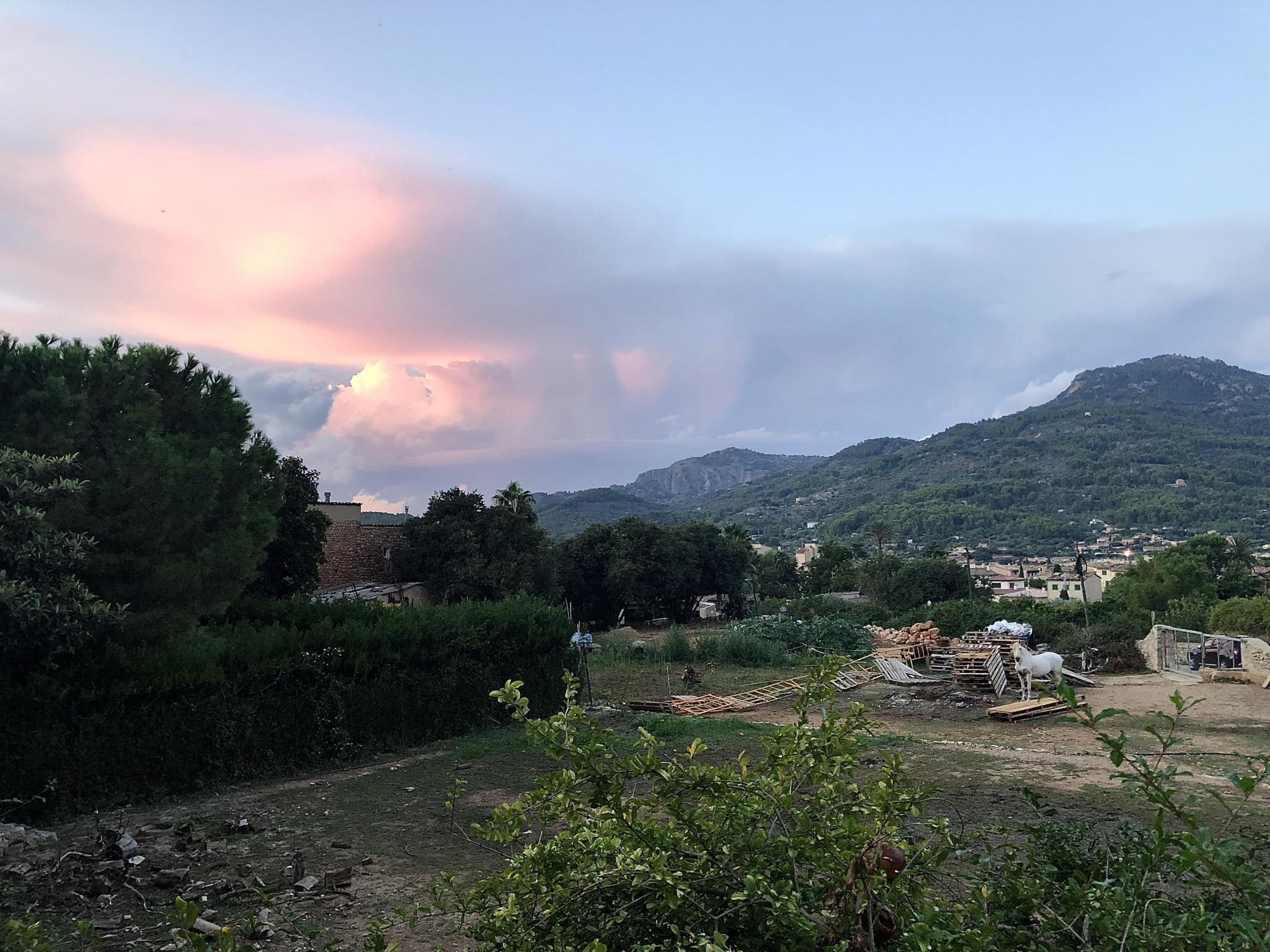 The wind grew and grew until it peaked around 5 pm last Friday and then gusted all night. The surfers were out ignoring the red flag for no swimming. The sea raged and debris flew all over the place. The beach staff were trying to dismantle the beach umbrellas in a howling gale and it was a sight to see. The photographic evidence of the weather and the debris are everywhere. We were all out with our posh cameras and phones snapping away. 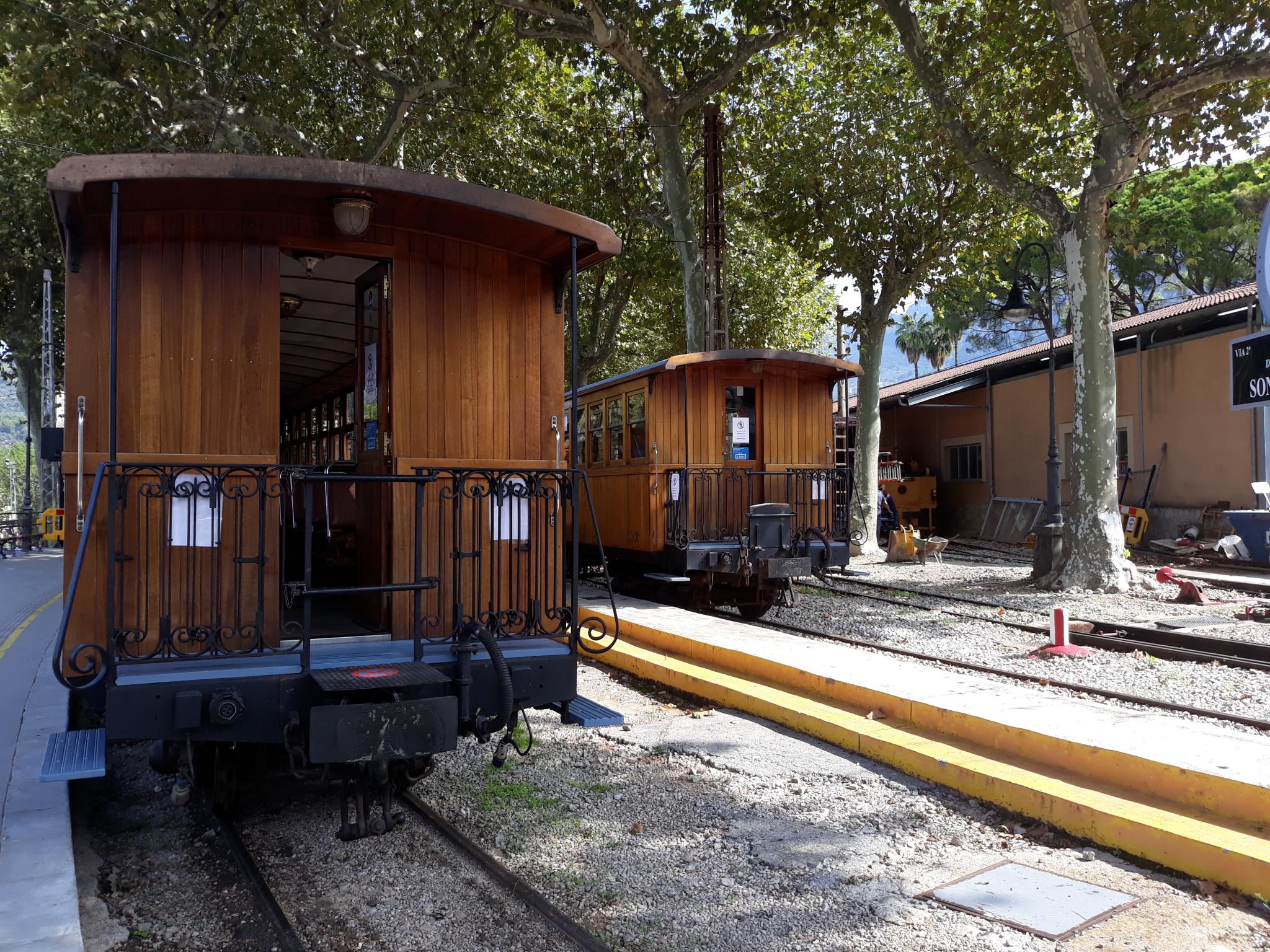 The train seems to have survived this storm. It will now continue its way through the mountains until the end of October, we are told. As Soller was being filmed from all angles the TV and Video cameramen were out in force. Puerto Soller was on IB3 TV and in every major newspaper this morning. I agree the views were all stunning and as long as you were safe while watching the ravages of nature.

Meanwhile over the other side of the island it was the fire in the S'Albufera wetlands which occupied the storm chasers and photographers. Friday September 25 will go down in Majorcan history for the day when nature showed us who is boss.

There have been more arrivals this week of our second home friends. They are here for months and may even stay till Christmas. The relief for them to get to their houses and see the sun set over the sea again was wonderful. Of course, just as they arrived the weather gave us a shock. We all know that the sun is never far from the Mediterranean and we could all do with it being a tad cooler. Newly returned friends are shocked to see so few people here. They thought they were prepared because they have kept up with the news here. The reality still had the power to shock. The concern for all the business owners trying to remain open is the first thought. It is use it or lose it time for the bars and local shops.

Flip the coin and we know that for struggling hotels there are Investment companies with bags of money. Chats about cut price deals are all over the island including the Soller Valley. It will be interesting to see if hotels will have changed hands by the time the workers go back next year. 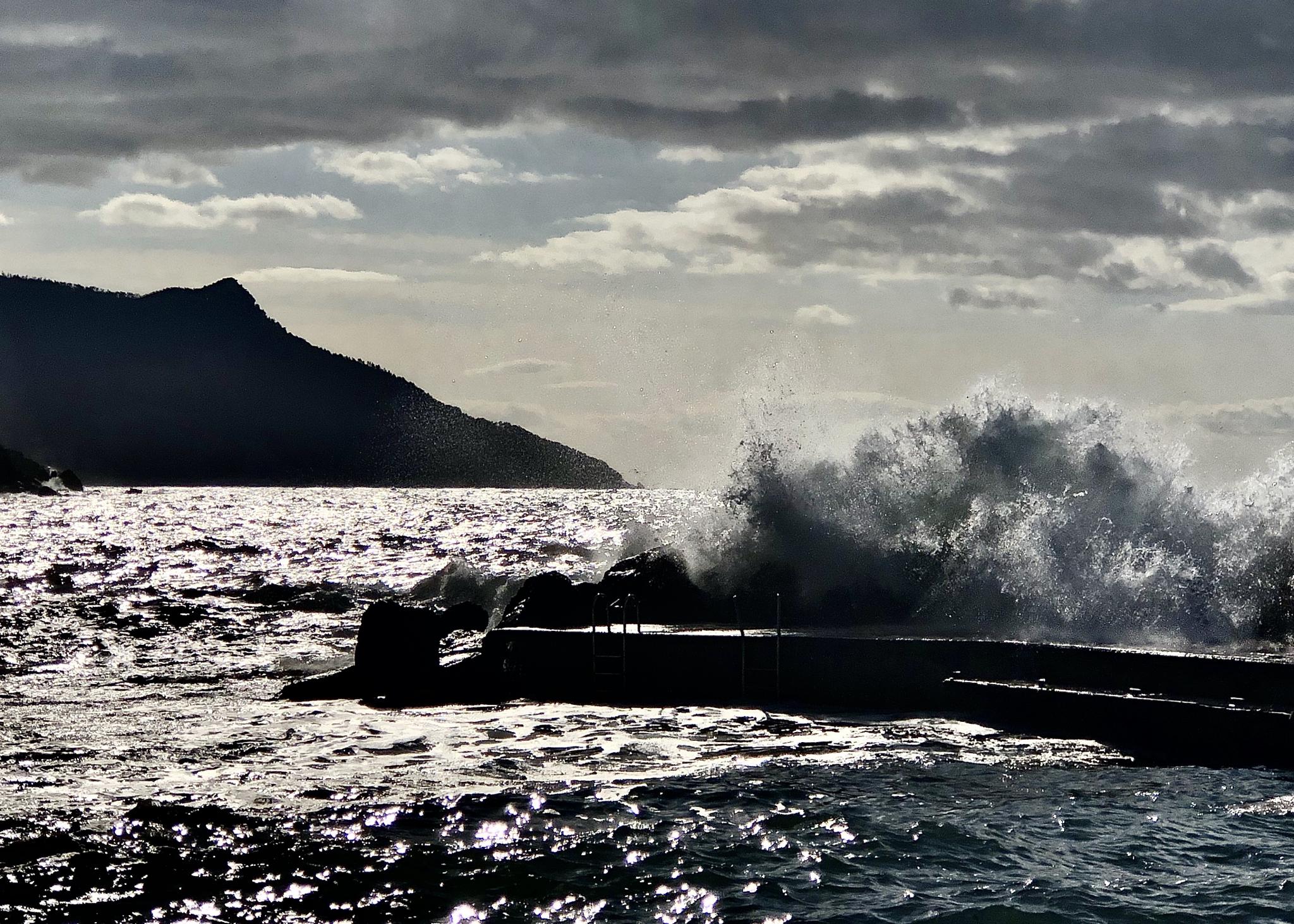 The Estate Agents of the Valley report they are still very busy with the fine details of expensive sales. A marked drop off of footfall is reported. All the general viewers, wishing to buy, have fallen off the radar. The only ones left are those who are deadly serious and they take a lot of work. The rewards, if they buy, are stunning for the agent, but a sheer waste of energy if they crawl over to a rival agent. All is not fair in the property world of the Soller Valley right now. The benefit of a high end buyer to the local community is immense. Builders, Architects and Project managers are employed and work guaranteed for the whole winter. No-one in this category would just buy a house and live in it. Renovation from top to bottom will happen as a matter of course.

The time has come to test the central heating and find the electric blanket. The night time temperatures are now inviting us to get that duvet on the bed. Amazing how the 30 degrees of last week has changed. This happens every year and we are always taken by surprise. Funny old island mentality gets you when you least expect it. Gas bottle deliveries and casseroles almost go hand in hand in the Soller Valley.