One of the world's most prestigious architectural magazines, if not the most prestigious, is published in Madrid. The title of this magazine is "El Croquis"; it translates as sketch.

In December 2018, the magazine carried an interview with two Majorcan architects, Jaume Mayol and Irene Pérez, in which they discussed the Majorcan roots which influence their work. Tradition, Jaume Mayol noted, comes from the Latin 'tradere', to bequeath. But tradition means more. It goes further in gathering ancient knowledge, appropriating this knowledge and then gradually transcending it.

Tradition thus works through repetition. For architecture, this means the same detail, the same material, the same style. And specific to Majorcan architecture can be the naming, the means by which a building attains its own identity, but an identity with all that ancient knowledge of tradition. This is encapsulated in the use of 'Can' or 'Ca'n', the contraction that means house of. 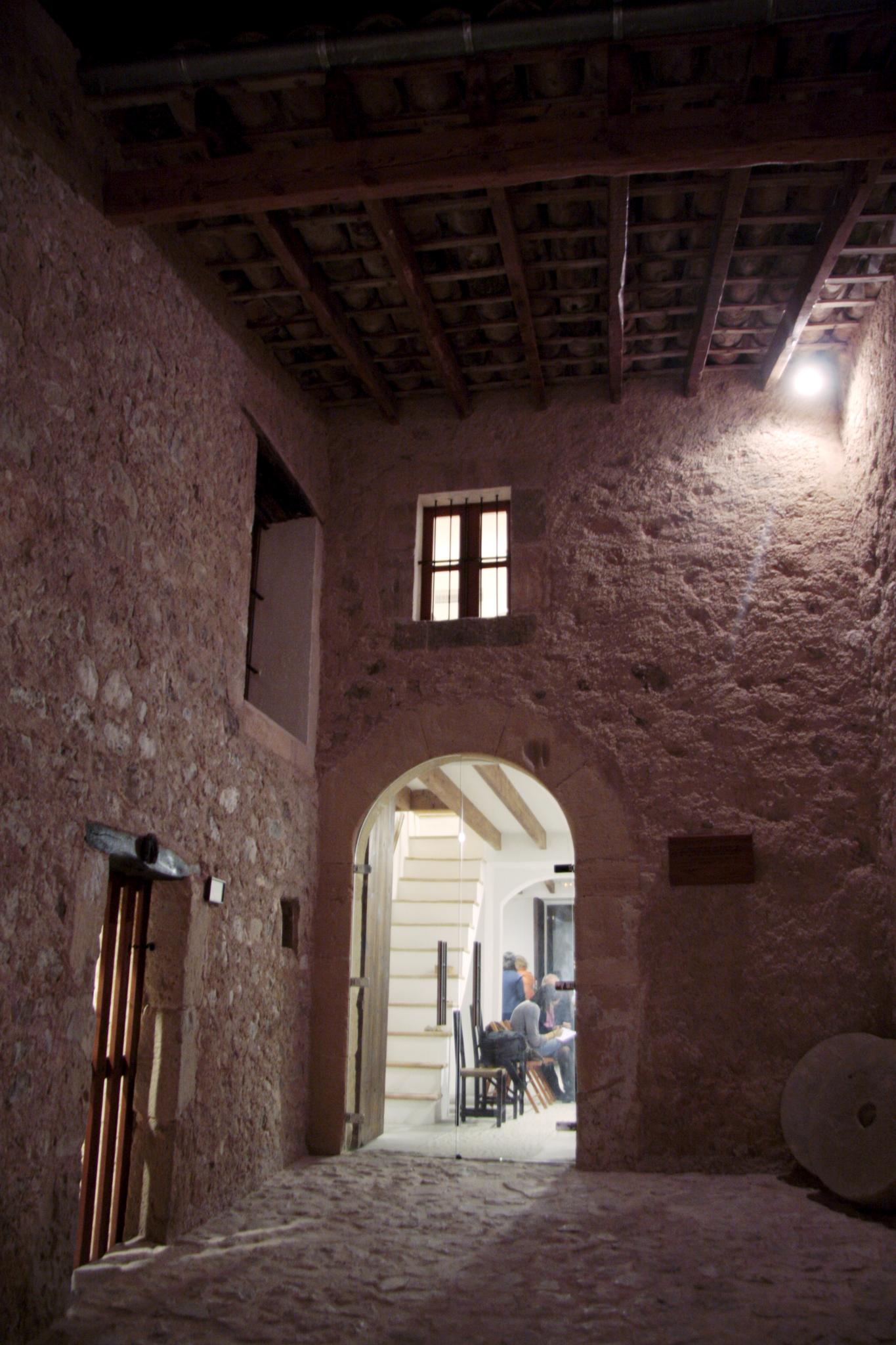 In Sant Joan, there is a building which allows visitors to learn about Majorcan rural life as it was one hundred years ago and to get to know about aspects of traditional Majorcan architecture and construction. This building is the Casa Museu Pare Ginard. The contraction to Can has not been made, but the same principle applies to the museum house of Rafel Ginard Bauça, a son of Sant Joan but someone more commonly associated with Arta.

Born in 1899, he was fourteen when he joined the Franciscans in Arta. He was ordained ten years later. But the priest Rafel wasn't to confine himself to religious matters, which brings us to a publication which first appeared in 1929. Its title was "Croquis artanencs", sketch (or sketches) of the people of Arta, their customs and their lives.

The book was subsequently republished. In May last year, Arta town hall explained that copies of the book were available for purchase at tourist offices and at the regional museum in Arta. The town hall's information stated that the book offers a contrast with Arta of today and how the village was in the first half of the last century, while it also demonstrates that Pare Ginard (Father Ginard) provides a "continuation of Romanticism and the Renaissance, especially through his interest in popular culture and the idealised perception of the people".

By Renaissance, I'm guessing that this must be a reference to the Catalan Renaissance of the nineteenth century, which has been described as having been a "romantic revivalist movement". And Romanticism was itself an expression of revivalism, a reaction against the Industrial Revolution and in no small part a throwback to mediaevalism - to the popular culture, the practices, the literature, the art and, yes, the architecture of the Middle Ages.

Either inadvertently or deliberately, the town hall's explanation contains a rather telling observation: the "idealised perception". For adherents to Romanticism, mediaeval times were better than they actually were. There was an idealised notion of the Middle Ages, but it was a notion which nevertheless was characterised by tradition, of an ancient knowledge which, as with romantic architecture, was appropriated and brought more up to date.

Father Ginard is a significant figure for Majorcan folklore, of whom it has been said that he had a great fascination for Ramon Llull, a personality absolutely rooted in the Middle Ages. He was an associate of another priest, Antoni Maria Alcover, the great compiler of Majorcan fables and folk tales. As a folklorist in his own right, he was responsible for what has been entitled "Calendari Folklòric de Mallorca", the first volume of which (dedicated to autumn) has just been published.

In this volume, Father Ginard starts by observing that "folklore is ours". "Our people carry it in their bones. Despite so many adversities, it still holds up. It interests us all because it is full of human life. It has its roots in all times and in all peoples. It aligns with culture and feelings of humanity. From folklore comes everything."

Folklore is therefore, and to borrow from Jaume Mayol, a gathering of ancient knowledge and an appropriation of it. Folklore exists like a building exists, designed and constructed according to a tradition and with its own identity - the house of everyone. It is tradition which has survived through repetition, not least with the oral tradition passing-down-generations of the tales that Alcover gathered.

And yet, does this repetition with its current-day emphasis serve to present an idealised perception? A perception like Romanticism had of centuries before? It is repetition which does indeed allow for folklore to be carried in people's bones. But can it be too nostalgic or is it a necessary component for making sense of the current day?

In introducing the volume, there is an observation that the Calendari is a collection from the "end of an era; from a society, that of pre-tourism Majorca".