Unflatteringly referred to as the ‘navel of the Mediterranean’, due to its midriff position somewhere between Sicily and Libya, the archipelago of Malta is full of character. Just 316km² in area, it’s bursting with historic sites and famed for fine wine, mouth-watering food, giddy festivals, wild beaches, blue lagoons – and sailing.

The Maltese have been hosting races and regattas since the Middle Ages and hold great passion for the sea. But, in more recent history, one event has dominated the Maltese sailing calendar, and that’s the Rolex Middle Sea Race. 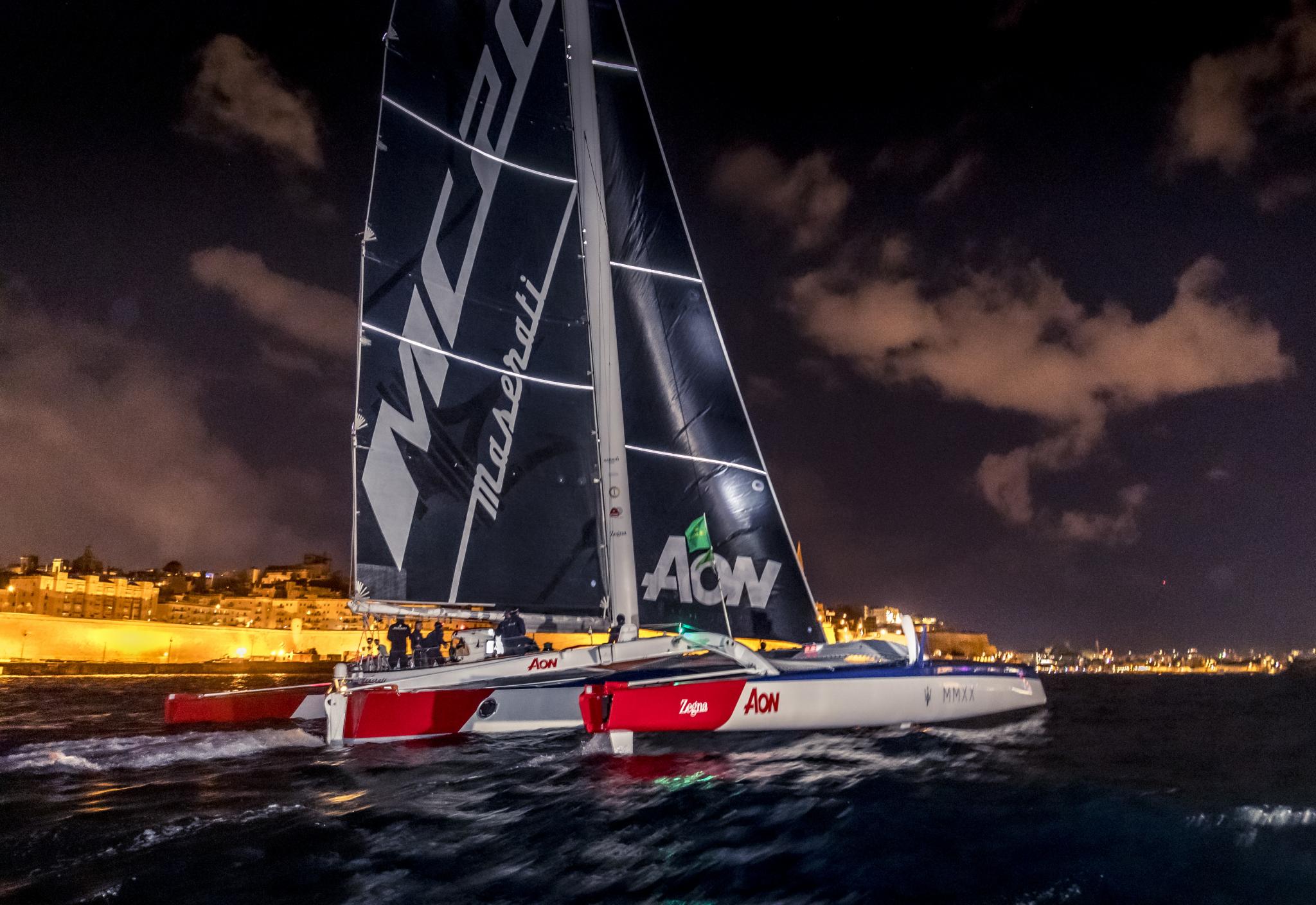 The inaugural contest took place in 1968 and was the result of friendly rivalry between English and Maltese members of the Royal Malta Yacht Club (RMYC). Englishmen Alan Green and Jimmy White approached Maltese brothers Paul and John Ripard and proffered the idea of a long-distance offshore race taking place in tricky autumn weather conditions. The original idea was to start in Malta and finish in Sicily, but Paul patriotically believed that a Maltese race should begin and end on Maltese soil. The foursome settled on a clockwise circumnavigation of Sicily, taking in the islands of Lampedusa and Pantelleria, plus the Aegadian and Aeolian Islands, with the active volcano of Stromboli as the course highlight. RMYC’s John won that first race on Swan 36 Josian in a corrected time just shy of eight days. 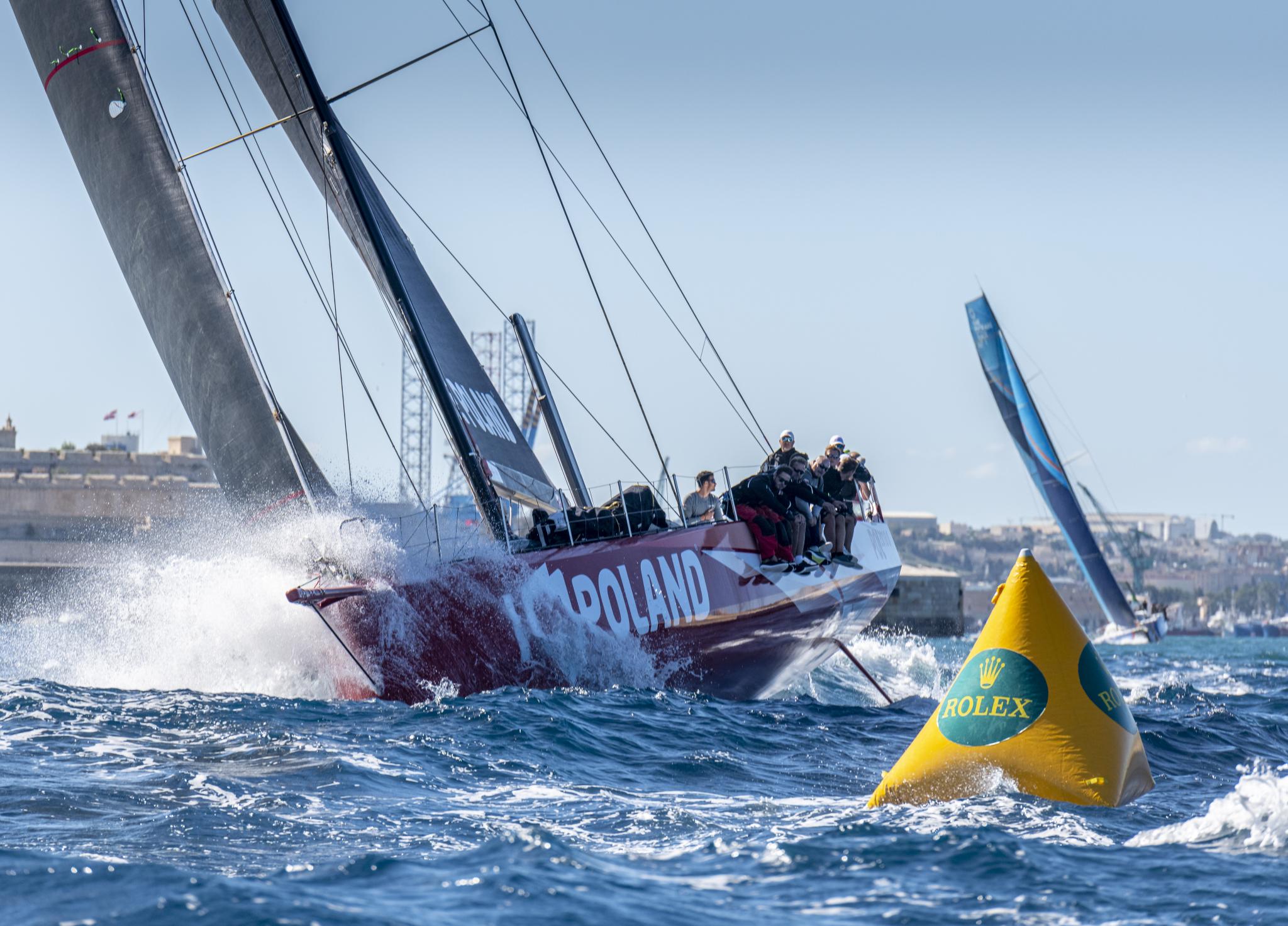 Aside from a switch to anticlockwise in 1978, the race continued to follow the same format until 1983 when it took a 13-year hiatus. At the restart in 1996, Christian Ripard, son of Paul, fittingly held the overall winner’s trophy aloft.

In 2002, Rolex was instated as title sponsor, sparking considerable growth in the number and quality of entries. This included the likes of US-born George David’s Rambler 90, which won the 2007 edition on its debut. Only 17 yachts finished this frighteningly stormy Rolex Middle Sea Race, but owner-skipper George not only managed to fight his way to the front, but also set a new race record of 1 day, 23 hours, 55 minutes and 3 seconds. 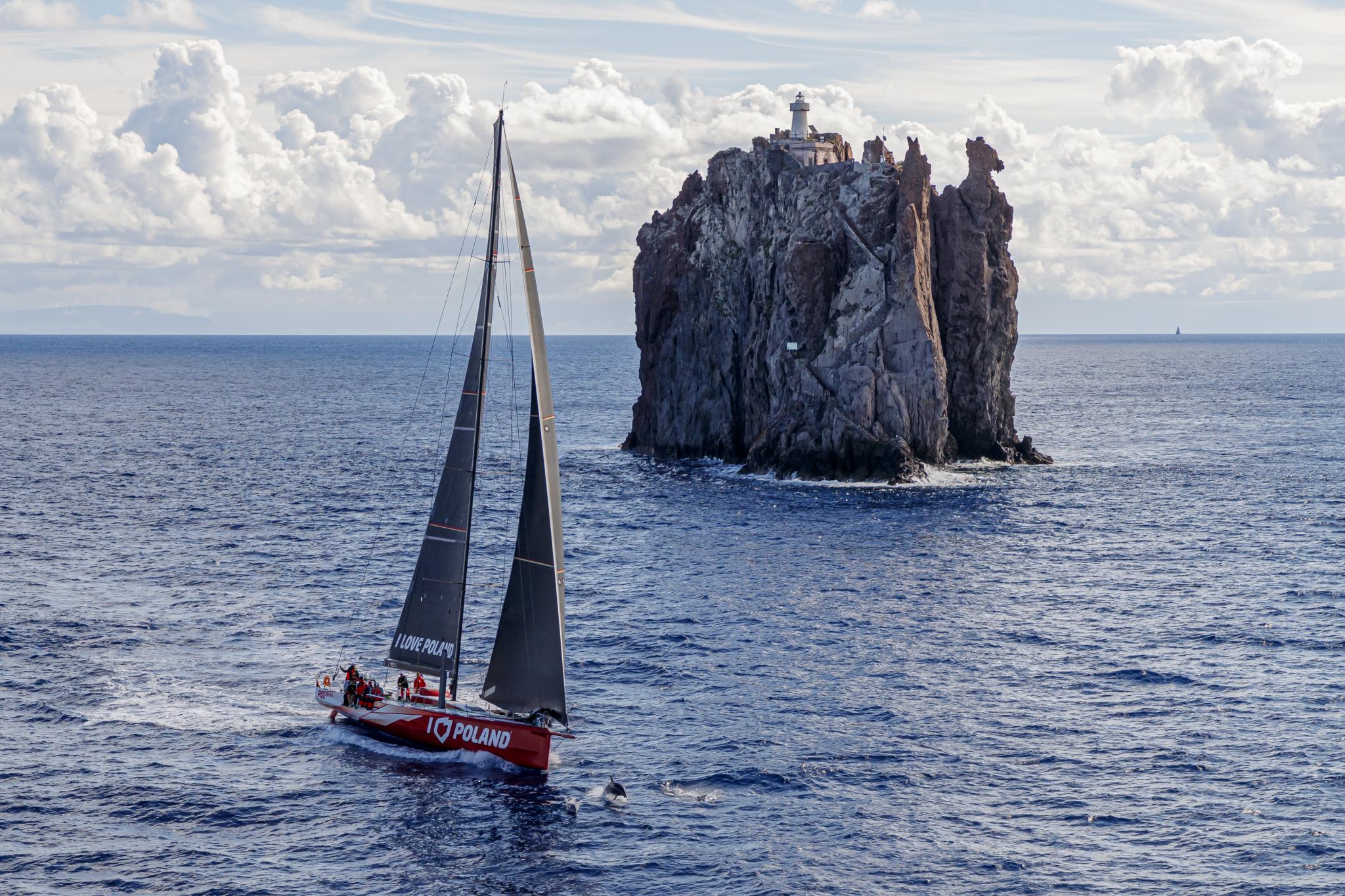 As the 2000s meandered on, ever more large professionally-crewed boats lined up against the ‘gentleman’ sailors – including the mighty multihulls. In 2015, American Lloyd Thornburg’s Phaedo³ claimed multihull line honours. They hoped to do the same in 2016, but a navigational gaffe handed victory, and a new multihull record (2 days, 1 hour, 25 minutes and 1 second), to Maserati Multi70 skippered by Giovanni Soldini. It was the experimental trimaran’s first competitive outing. 2018 was the 50th anniversary year and boasted a record-breaking 130-strong fleet. Having lost Rambler 100 in the 2011 Rolex Fastnet, George lined up in his 2014-launched Rambler 88 and took monohull line honours - his fourth in a row.

A year later, and 2019 marked the 40th edition of the Rolex Middle Sea Race with a fleet of 113. George duly totted up his fifth line honours - a feat unsurpassed in the race’s 50-year history. Overall win went to siblings Aaron, Christoph and Maya Podesta on board Beneteau First 45 Elusive 2 - the first Maltese winner of the offshore classic since 2014. The Podesta family have been part of the fabric of the race since its beginnings in 1968, and father Arthur, who passed away in 2015, was one of seven sailors on board Josian half a century prior. 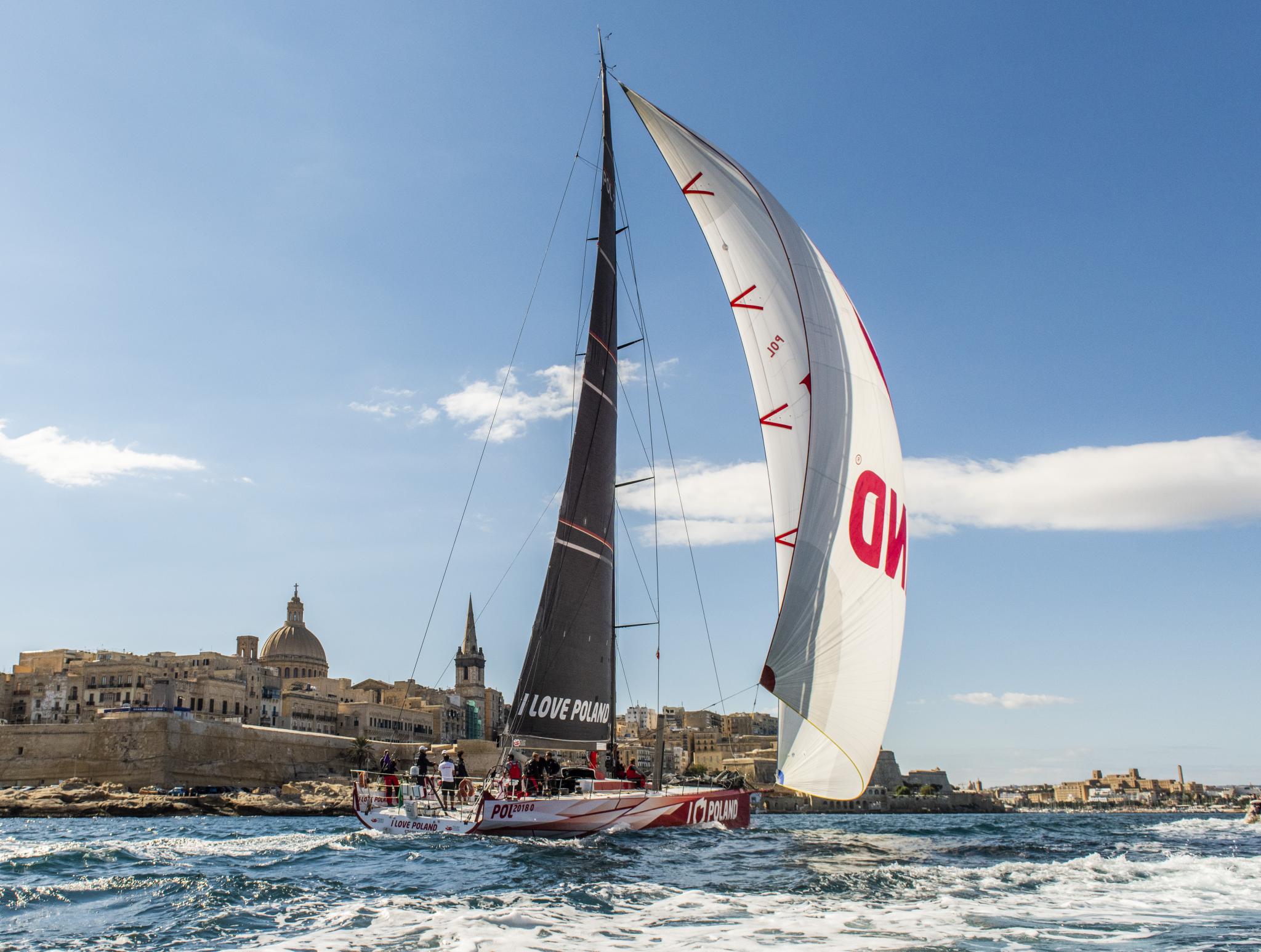 Given the non-linear evolution of this global pandemic, 2020 was, of course, going to be tricky. Organisers were always hopeful that it would go ahead, but couldn’t be 100% certain until the very last minute. But, sure enough, with a reduced but generous fleet of 50 boats, the first of the seven staggered starts got underway cleanly at 11am on Saturday 17 October - a remarkable achievement for the Royal Malta Yacht Club.

Conditions looked light, so the 2007 monohull record and 2018 multihull record seemed pretty safe, but that wouldn’t stop the likes of Signore Soldini trying.

So, this is what happened. Having gone for it hammer and tongs over the entire length of the 606-nautical-mile course, Soldini’s Maserati Multi70 managed to edge just 15 minutes clear of fellow Italian Riccardo Pavoncelli’s MOD 70 Mana, in order to take multihull line honours. Recording a time of 2 days, 8 hours, 31 minutes and 31 seconds - it was, as suspected, well short of the record. 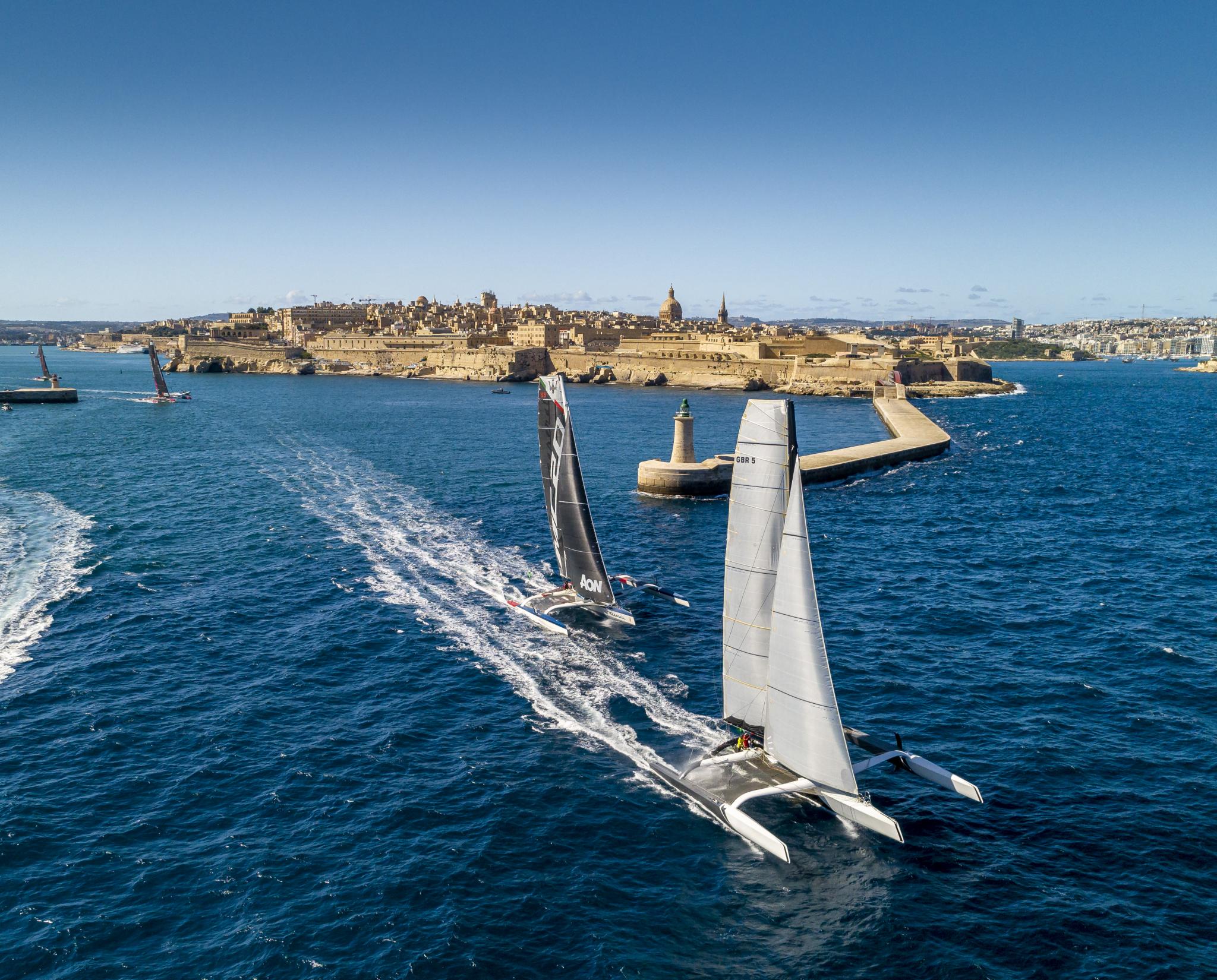 “Giovanni is a great competitor,” said Brian Thompson, skipper of Mana. “For us, it is a lot more fun, more enjoyable, to come second to Maserati and have that amazing battle and learn so much about this new boat than to have won it by a country mile sailing on our own.” Giovanni was equally complimentary: “It was really nice to have such a great competitor. I think it was the best Rolex Middle Race I’ve ever done, for sure.”

More than a day later, Volvo Open 70 I Love Poland claimed monohull line honours in an elapsed time of 3 days, 23 hours, 58 minutes and 5 seconds. The crew, skippered by Grzegorz Baranowski, had led the race almost from the start, but the final ten nautical miles were match raced against compatriot Zbigniew Gutkowski, also skippering a Volvo Open 70, E1. Just three minutes separated them on the finish line - a fairy-tale ending.

The conditions made for a frustrating four days. “When we saw the forecast, we knew there was going to be one or two real light spots,” said Grzegorz. “But that didn’t mean no wind. When we passed the first spot, we said ‘okay guys, probably only one more’, but then it was one more, then another one more, and then another… We did it, but it was really frustrating sitting with no wind, lot of waves, the sails flapping.”

At the time of writing, the majority of the fleet are still out on the course. In prime position for the all-important overall win is French yacht Ker 46 Tonnerre de Glen owned by Dominique Tian. The crew have a tense wait ahead to see how it unfolds. One of Tonnerre’s biggest threats is the aforementioned Elusive 2, once more jointly skippered by the Podesta siblings. An exciting finish is in store.