On Majorca there are birds everywhere, in the marshes and woodlands, in the tree tops, in bushes, around ponds and fields, and this is why I find myself literally looking around everywhere for all kinds of flora and fauna, and when I am not looking up I am looking on the ground for autumn fungi. Majorca has a good mix of fungi at this time of year and some of my favourite finds have been the masses of Boletus fungi most autumns growing under the Pine trees just before the two dry-stone walls at the Albufereta Marsh towards the new hide. I have enjoyed seeing Variable Oysterling here and near the stream running down from Ternelles Valley there is always a good show of Oak Curtain Crust near to the little stone bridge. Son Real has proved a good place for fungi and one autumn I found a very large specimen of Milk White Russula there.

Almost any habitat could see fungi growing, and grass areas can be particularly good as can dead wood and rotting trees. The earliest fossils date to the Paleoproterozoic era (2,400 million years ago). However, in May 2019 scientists reported finding a fossilized fungus in the Canadian Arctic which may have grown on land a billion years ago, well before plants colonised the land. A fungus (or fungi) is a member of a group called ‘eukaryotic organisms’ which includes yeasts and moulds as well as the familiar mushrooms we all tend to see on our travels. Fungi are ‘heterotrophs’ which means they require their food by absorbing dissolved molecules. They do not rely on photosynthesis however and come in every colour known to nature. In times gone by it was thought that mushrooms were the creation of the devil or at least evil spirits or wicked elves, so few people were willing to go near them. To do so at the time was considered sinful by the Church. Even into the early 20th century fungi were so little understood they were considered to be an inferior kind of plant.

Three species to keep a look out for this autumn include the Magpie Ink Cap, The Charcoal Burner and Orange Pholiota. Let us start with the Magpie Ink Cap. This species tends to grow mostly alone although on occasion small groups can be found. They can be easily overlooked however amongst the leaf litter of deciduous trees. A white stem holds a large cap that is jet-black but has white flakes spread over the cap becoming more obvious as it matures, which gives this species its name. As it matures these flakes disappear. The cap is 3 -7cm across and is initially an egg shape becoming bell shaped before blackening. The stem is 10 – 22cm long and 0.7 – 1.5cm in diameter. There is no ring on the stem and it is a poisonous species (in fact no mushrooms should ever be eaten unless you are 100% sure of their edibility). Sometimes associated with Oak, they can be easy to overlook, but when seen they are one of the more stranger looking of the fungi and always get the heart racing. 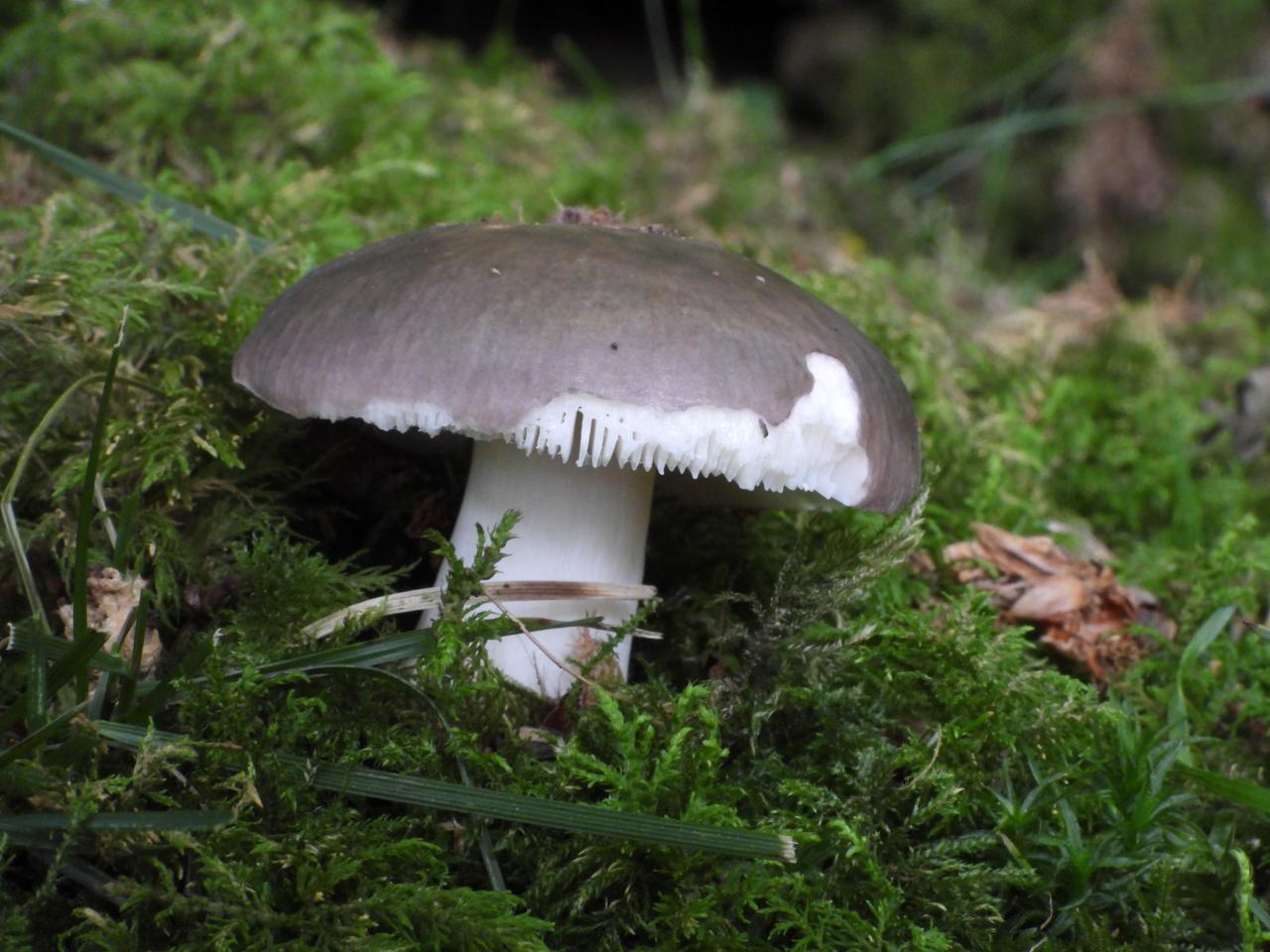 In comparison, the Charcoal Burner tends to be a black colour, but the cap of this variable species can see shades of purple, violet and lavender. It can even be entirely green. Rounded at first, the cap flattens as it matures and the white gills can feel greasy or oily when touched. The sturdy stem (which can be a good identification feature) is white to a dull-cream in colour. Often tough, the gills turn brittle when old. The flesh is often described as mild to slightly hot to the taste and has a crunchy texture. Its name comes from the range of colours seen in a single cap with similar colours seen in the flames coming from a charcoal burner. Look out for these chunky brittlegills in broadleaved woodlands. 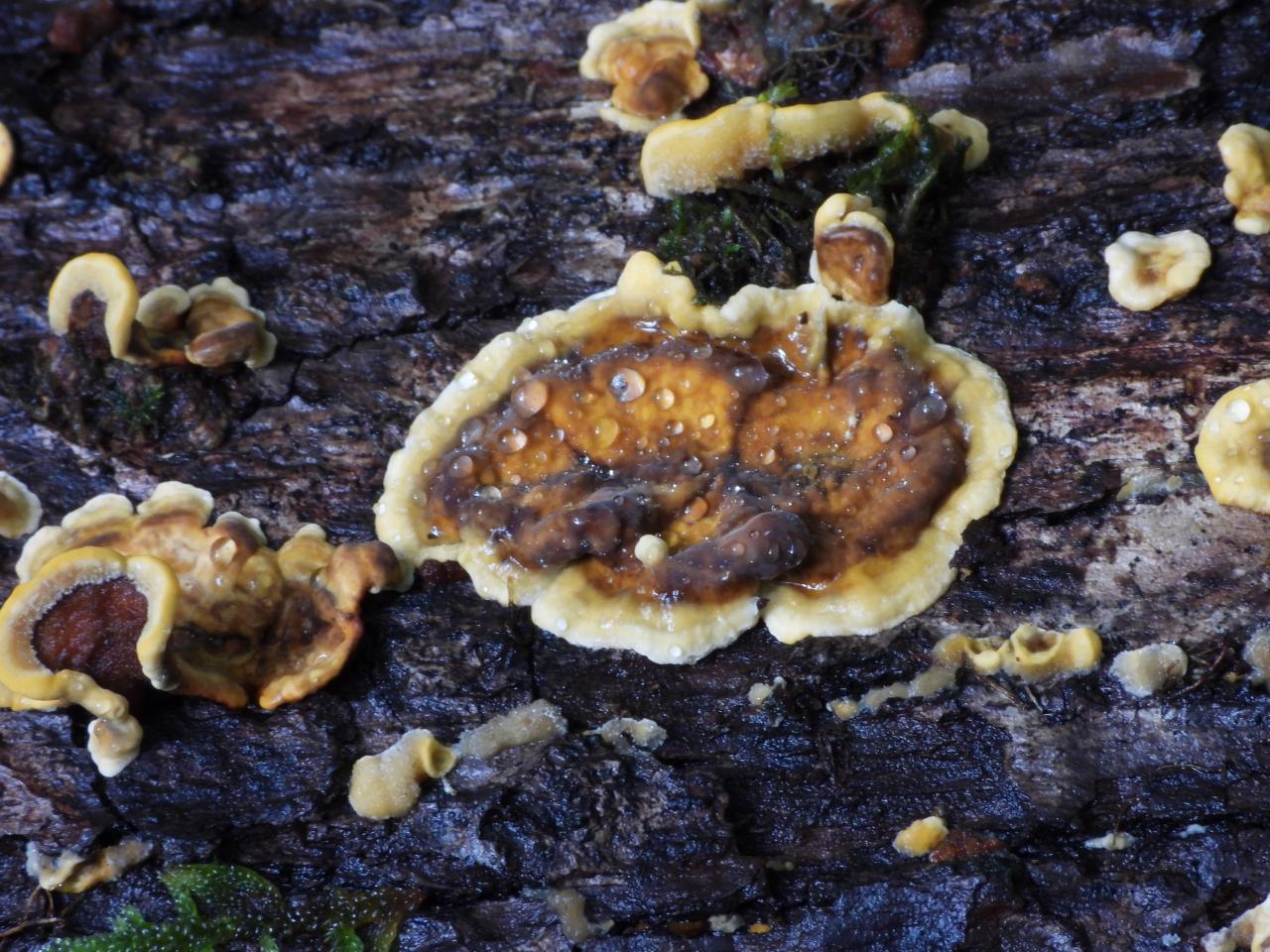 Finally, my chosen fungi to look out for is the Orange Pholiota, another poisonous species but a real eye catcher when growing in groups. It is a large mushroom with a ring on the stem forming clusters at the base of tree trunks. The cap is 6 -12cm in diameter, convex and a tawny to golden brown. The surface eventually breaks up into small scales. This and other ‘pholiota’ species can be seen from some distance away as they stand out against the bark of the host tree which is usually Ash but occasionally on Apple tree bases too.

After some mild weather interspersed with rain, this can be a good time to go and look for mushrooms. Wooded areas can always be a guaranteed habitat to find fungi and on Majorca there are Chanterelles that find their way onto restaurant menus. For me, Son Real on the outskirts of Can Picafort has been a good place to see an interesting variety of fungi. One of my pet hates however is finding fungi that someone has found and pulled up to look at the colour of the gills, with the fungi then discarded on the ground. Gills can indeed be a good identification feature for some species, but a simple makeup mirror can be used to place on the ground and see the gills from underneath, saving the fungi having to be pulled up. Good searching and remember, do not eat any mushrooms and enjoy their range of shapes, colours, textures and on occasions, smells.