It was something which by and large went unnoticed. Perhaps it was a sign of the current times, when everything is dominated by the virus and related topics, or maybe it was the relative modesty of the award. It was not shouted from atop a mountain peak, because this was only the foothills of the Tramuntana, and the brand of the award didn’t have global resonance insofar as it wasn’t a UN body issuing it. Unesco and the World Heritage Site of the Tramuntana are related, but the recognition of the Raixa finca was only at European level. Only? It’s still a pretty mean achievement, given that there were - prior to earlier this month - just 27 examples that constitute the European Route of Historic Gardens. 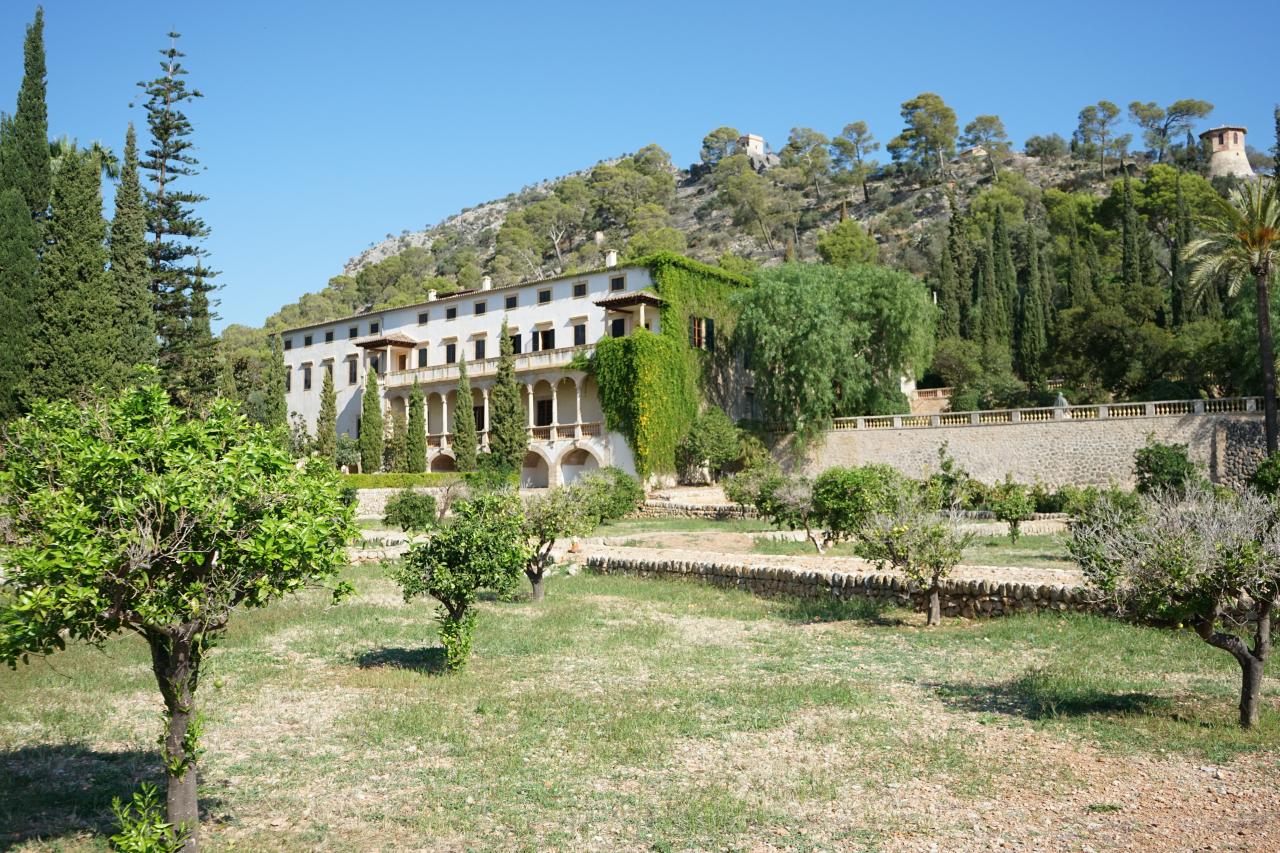 The Council of Majorca can now have its logo alongside those related to the other 27. The island council thus also rubs shoulders with the Council of Europe, because the gardens’ route is in its gift, and the gardens are linked to another Council of Europe series of routes - the cultural ones which include the likes of the Santiago de Compostela pilgrim routes or the Phoenicians’ route, which does actually include Majorca and the Balearics. You didn’t know? How about the Olives route, as this also embraces the Balearics? There are certain routes which have an intangibility. They are not discernible entities, which is probably why they are not well known. Parks and gardens, on the other hand, are highly tangible. They occupy a discernible place, and in the case of the Raixa finca it’s off the road from Palma to Soller, with the Tramuntana as a backdrop.

Since 2002, which is when the Council of Majorca and the National Parks Foundation acquired the finca, the Council has been beating the drum for this finca that was declared an asset in the cultural interest in 1993. At times, however, the drum beats have been muted. Cultural interest hasn’t always equated to actual interest. It is only recently that it has been appreciated that this asset really is an asset, but one that was in need of investment. The cash was found, improvements were made. Raixa joined the world of new technologies in terms of visitor interpretation experience, and such was the renewed pride in the finca that the King and his family paid a visit during their summer holidays in 2014. 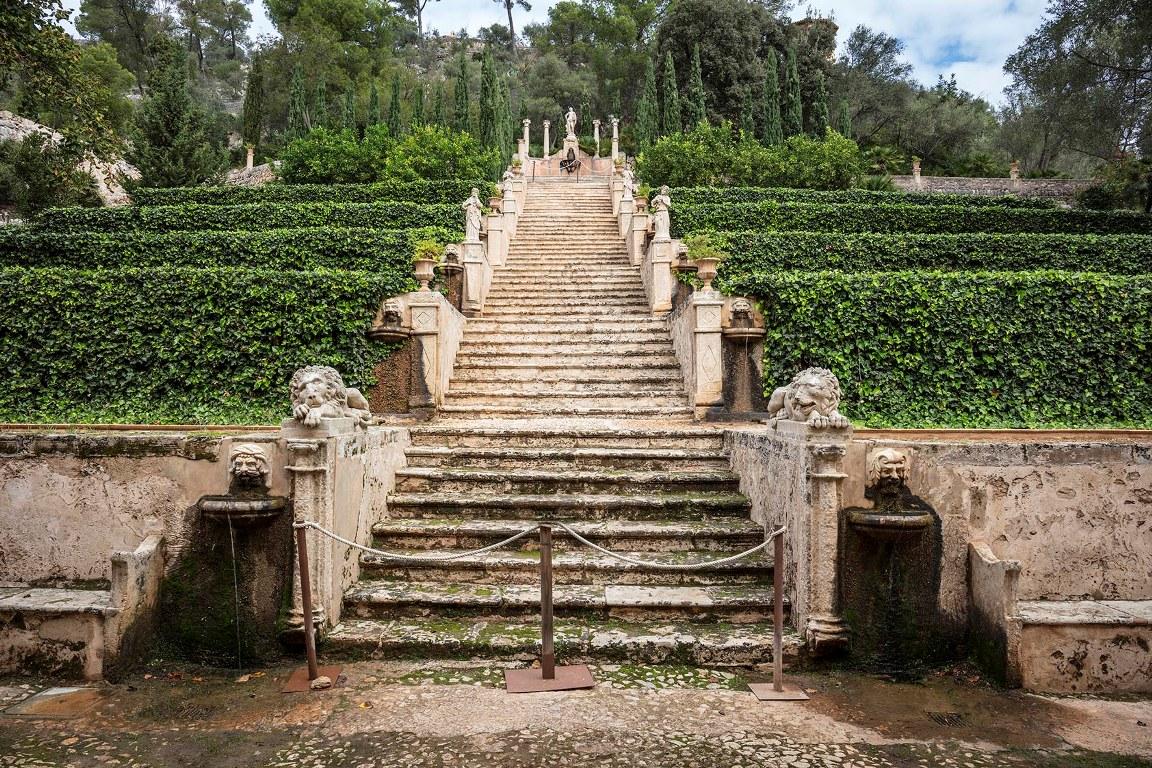 In 2019, the Council presented the first artistic-historical guide to the Raixa gardens. This was an aspect of the drive towards gaining Council of Europe recognition, and now that it has been forthcoming, the councillor for sustainability and the environment, Aurora Ribot, suggests that the incorporation of the finca into the network will represent a “before and after” in terms of the management of the gardens.

This is maybe a tacit acceptance that the before hasn’t always been what it might have been, an acknowledgement that institutional acquisition doesn’t automatically equate to the best of management. An example of deficiency has been the Son Real finca. Bought by the Balearic government with revenue generated by the original ecotax, the management has at times been lamentable, so much so that Santa Margalida town hall, which has no direct responsibility, has offered to take care of the management out of its own pocket.

But Son Real isn’t a garden, and it isn’t recognised by the Council of Europe. The award to Raixa comes with genuine responsibility and a need to commit. It can’t be allowed to be an example of defective management. It carries an award, but then so also does the Tramuntana, and its management since the Unesco declaration hasn’t always been a shining example of joined-up supervision and strategies.

Raixa’s gardens, it’s fair to say, aren’t grand in the style of some others in the network, and no one is claiming that they are. Antoni Colom, who’s in charge of the finca, describes Raixa as “a little gem”. He doesn’t compare it, for example, to the Gardens of Aranjuez in Madrid. Raixa knows its place, which doesn’t mean that it isn’t any less worthy. That is most certainly not the case. One of twenty-eight; this indicates a place among the elite.

What has elevated Raixa to these heights? One reason is that it has a Mediterranean style that others do not, and this reflects the efforts that made the gardens what they were. The inspiration was provided by someone who, back in July, I included in my list of the all-time top-twenty Majorcans, Antoni Despuig i Dameto, Cardinal Despuig. Italian influence can be observed at the finca, and the gardens include the Garden of Oranges and the monumental staircase dedicated to the god Apollo. There is a folly, a great pond, a manmade grotto ... .

It is indeed a little gem. Lets hope they look after it. Something tells me that they will.