Pet of the Month - Frankie

Frankie the Golden Retriever has become quite famous on the island of Majorca but I am sure his owner Paul Whitelaw would definitely rather that he hadn’t. Frankie arrived on the island in January when he was 3 months old as a gift for Paul from his children Molly and Jack who were both away at the time. Paul says “‘Frankie’ quickly settled in to farm life as the most photographed man friend in the world."

“He was intrigued by the chickens, entertained by the rabbits, harassed by the bigger guinea fowl, but mothered, after some initial growling, by our other dog, Nellie.”
Paul says he was a handful but that there was never a dull day!

When in February tradgedy struck the family with the death of Jack in terrible accident in the Philippines, Frankie became a light in their dark times of sadness. With his puppy antics and need to be cared for he was source of focus for the family coming to terms with their grief. He has been a constant companion through the toughest time any family could go through making what happened next even more difficult.

For those of you on Social Media or even living on the island there wouldn’t be many of us that could have failed to miss the search for young Frankie when he went missing at the beginning of the month. 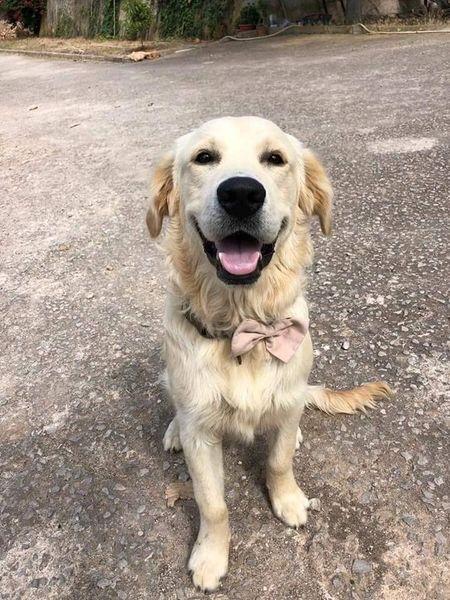 Following dads car down the lane outside his home, Frankie was seen being picked up on the main road by someone in a white van and it was assumed that he had been stolen, especially when he did not turn up in any of the islands dog centres.

The family and friends immediately launched a search that caught on through social media around the Island. Posters were printed and news spread quickly that this family were frantic for his return. It was a desperate few days for everyone, I remember willing this young boy home where he belonged myself. A reward was offered for his return and whether that spurred action from what happened next is unknown but some 48 plus hours after he went missing, a phone call was received. A dog fitting the description had been found not too far from his home, wandering on the road. Perhaps he got away and was coming home, who knows but he was brought home. 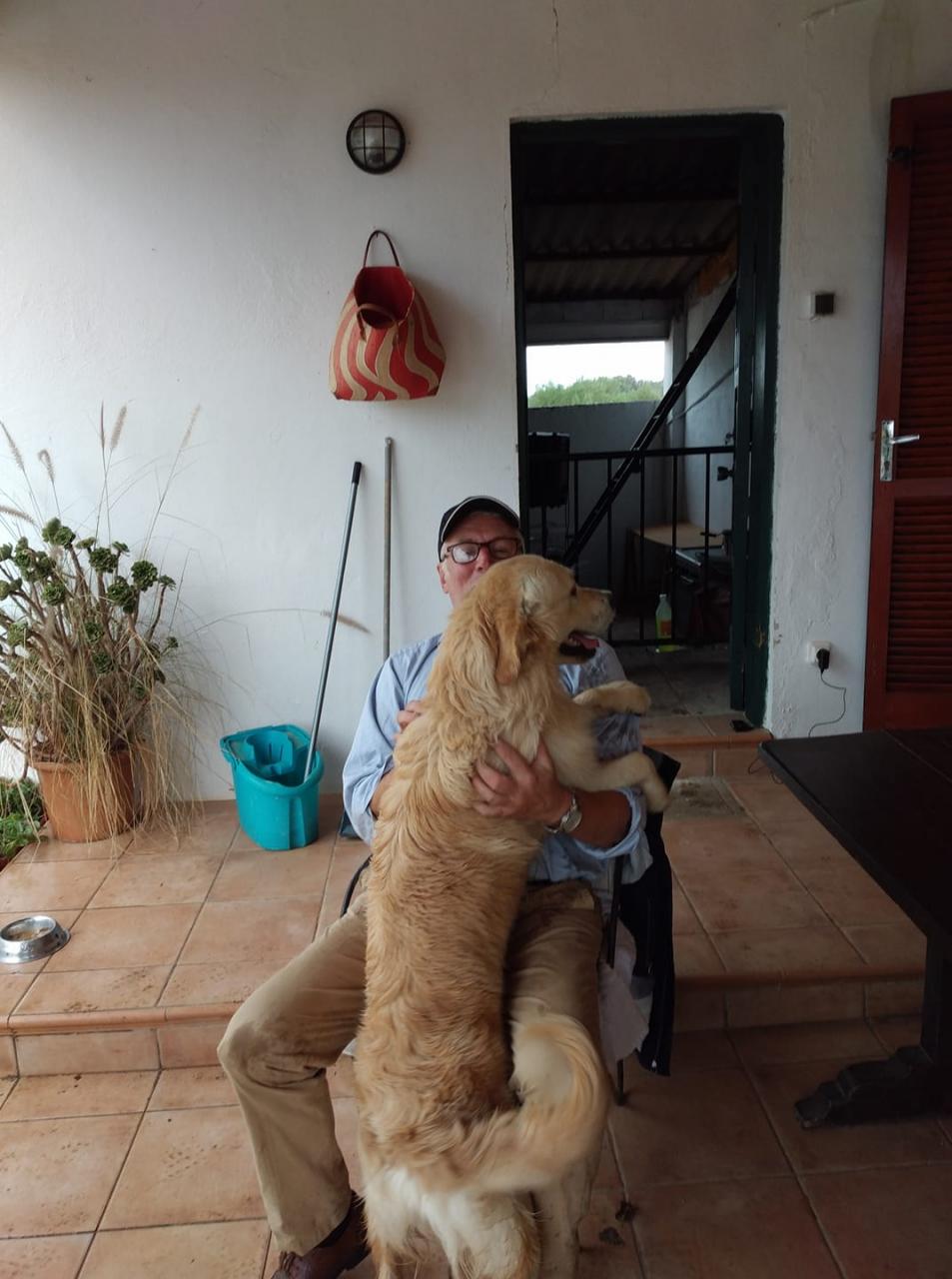 I caught up with Paul to find out how he and Frankie are after their trauma. Apparently immediately after he slept a long time, waking to eat his meals and then back to sleep. I’m sure he would love to be able to tell us of his adventure but for now he never leaves Paul's side. He now also wears a pet tracker (Tractive) collar so that if he were to wander off again Paul can see exactly where he is. No more wandering please Frankie!!! 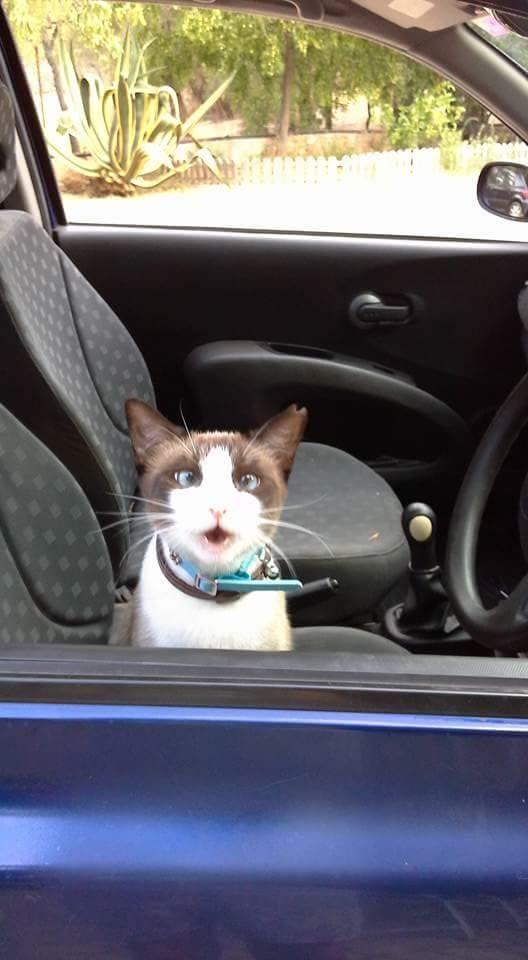 Gaynor Barton sent in this photo of Coco, she said "This is Coco who will always try and ‘drive ‘ my car.. She landed in our courtyard 6 yrs ago. She was only about 6-8 weeks old and has never left..." 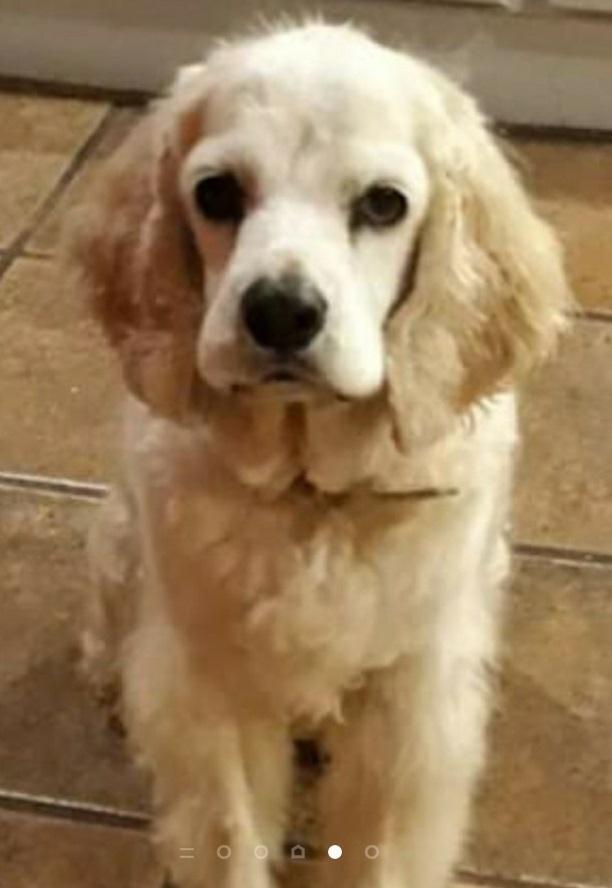 Tracey Kennedy sent in this photo of Elle. She is 14 years old and from Mexico so she barks with a Mexican accent. When the family moved to Majorca there was no question that she would be coming too! Her favourite treat is a frankfurter sausage, she has no idea her heart meds are hidden inside! 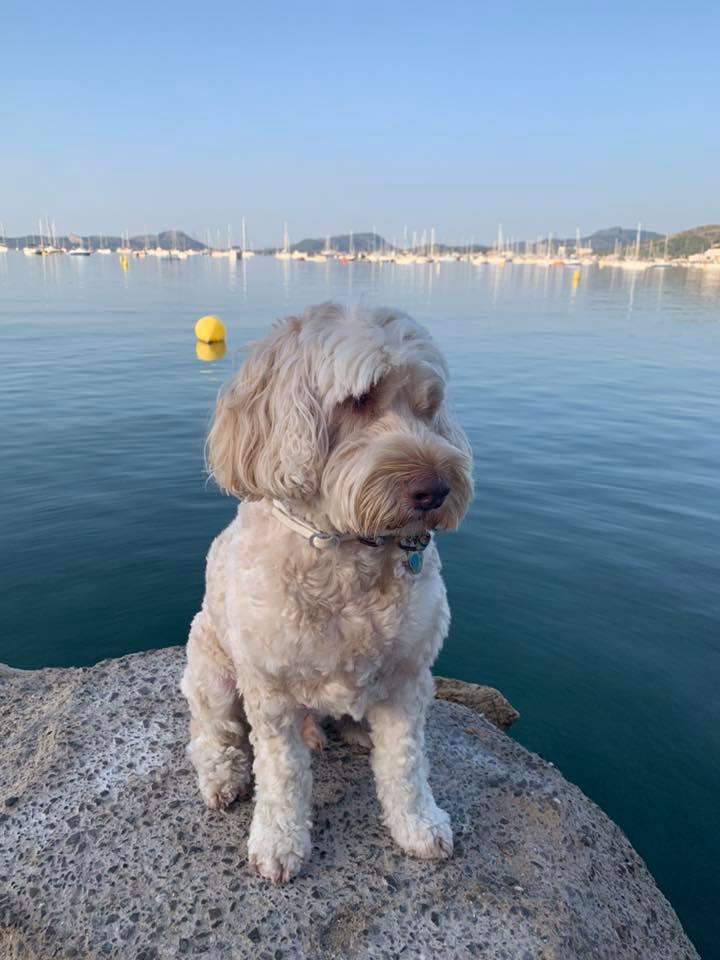 Valerie Kayali sent this picture of handsome Max. He looks forward to a road trip to Puerto Pollensa from Hertfordshire every year. He enjoys an early morning swim, a leisurely snooze when it’s a bit hot and a nice evening stroll to the ice cream shop on the Pine walk in the evening. He usually has a vanilla cone. Toulon/Alcudia Ferry- You can have the dog in the cabin. Highly recommend! 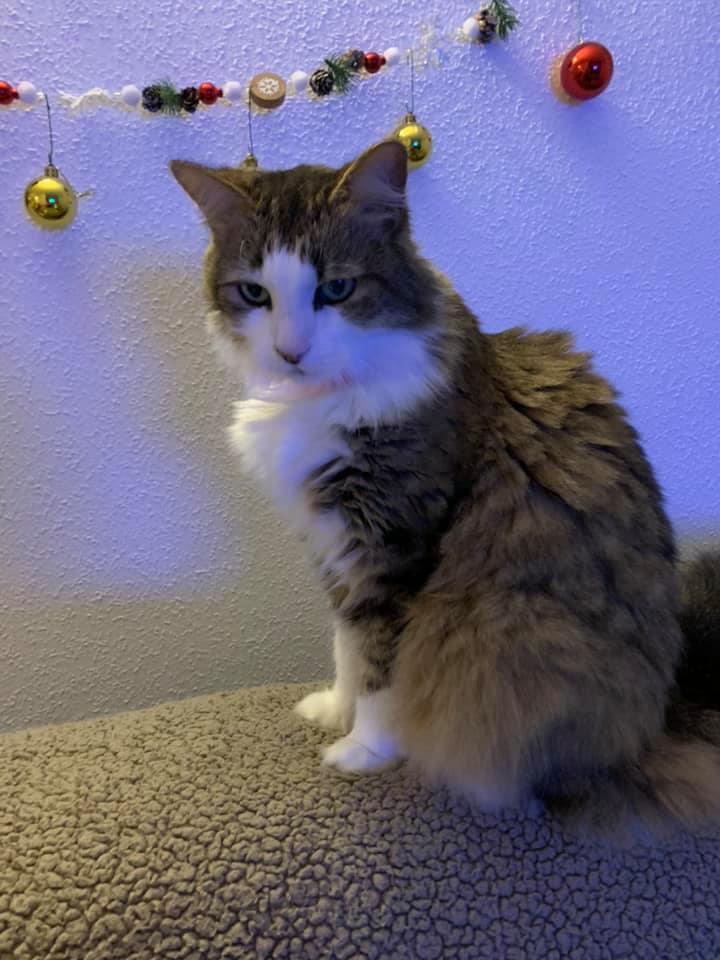 Kay Horsnell sent in this photo of gorgeous Fluffy (cat). She says "This is Fluffy we adopted her when she was 6 years old from Cat’s Protection in the U.K after her elderly owner passed away. She has lived in Spain with me since August 2019. She is now 14 years old. She maybe old but still a beauty. (Also a diva)." 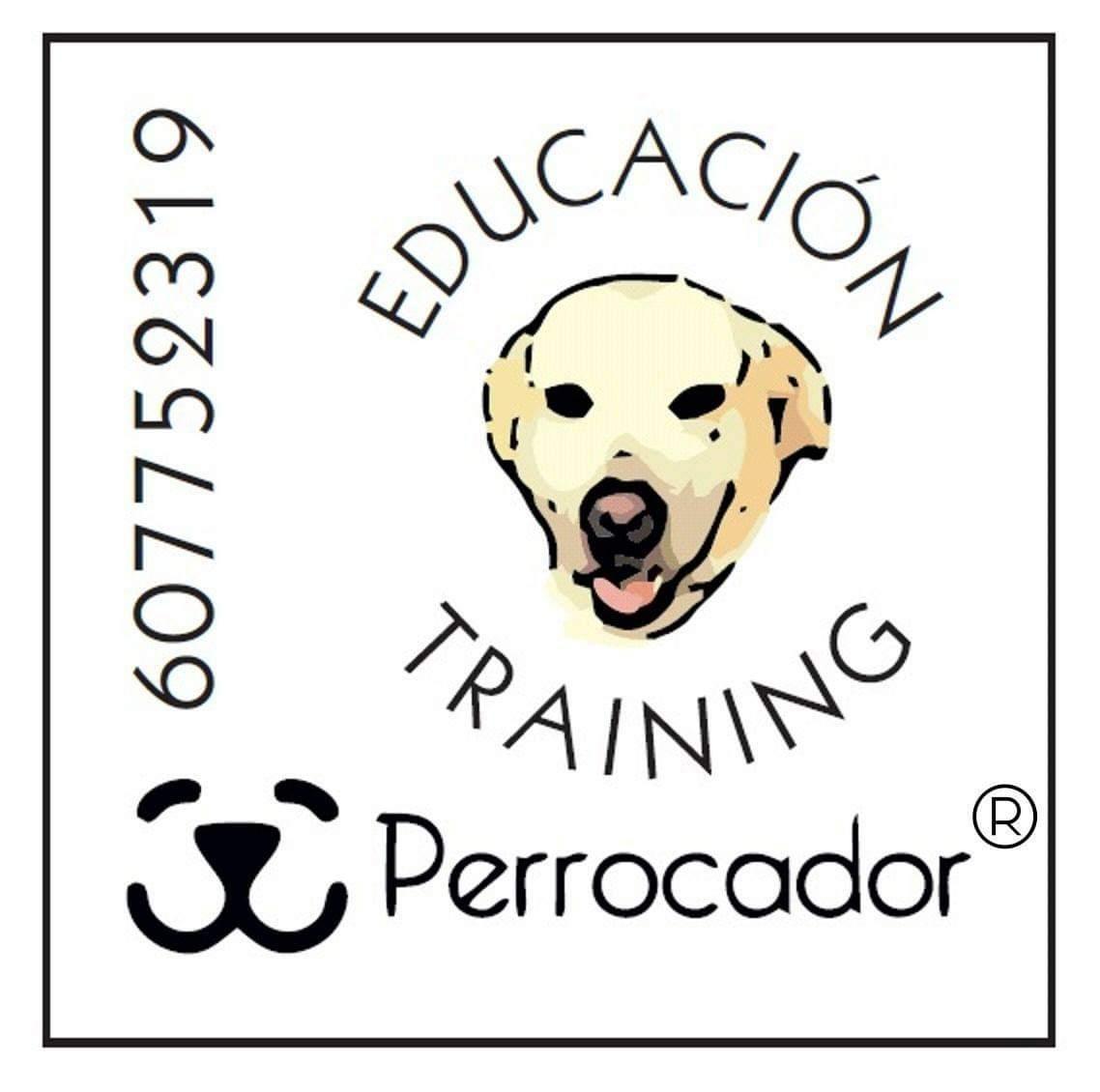 At home we are one of the few (maybe the only) sources of entertainment for the dog. So the dog will automatically pay more attention and often learn without us actively (or even consciously) “teaching” them.
Moving from house to balcony or garden this may already be quite a bit different, the dog pays less attention and is not as obedient. Past the garden gate all education may literally be blown out the window. Well, a mix of various factors come into this:

Certain behaviour has been established at home but the dog has not yet generalised this for other places and situations. In this case we have to work on establishing the desired behaviour in as many places as possible. For example engage with your dog by training easy tasks like “sit” or “lie down” randomly when being away from home. Chose a low difficulty level at first!

The dog is too excited.

If the dog is very excited when they leave the house their ability to think is reduced and they will act more on instinct and impulsively. Here we should actively work on disassociating excitement with every aspect of the processes “preparing for the walk” and “leaving the house”. For example if the dog starts to get agitated when we get the leash we have to get the leash various times during the day, show it to the dog and then put it away again, re-inforcing them when they are calm. Within a few days this excitement will disappear.

We are boring outside.

For example we simply walk from A to B to A, maybe stopping at C for a bit to let them do their business. If we add a little fun for the dog like encouraging them to sniff things out, re-enforce them when they look at us, ask them to jump on boulders or benches, walking “slalom” around trees, cars and other obstacles etc. we make “being outside” with them an interactive activity they enjoy WITH US rather than with their nose constantly on the floor. The dog may be stressed, fearful, anxious.
For example due to lack of (or wrongly understood) socialisation, “bad” past experiences or simple sensitivity to certain averse stimuli etc. In this case we should analyse what the issues are and step by step work on them utilising for example desensitisation techniques.
We should start this sooner rather than later and if in doubt ask a professional for help.

Such a lovely recap for frankie, and just great to see cute pets and get training tips, all i one wonderful article. Marvoulous.