If I had taken a picture of Adrián Quetglas as I saw him on Thursday and published it on today’s pages, you could possibly have thought I had gone to some greasy spoon place in the back streets of central Palma.

Adrián was looking happy with the world and his work but was a bit dishevelled as he darted about in street clothes, his shirt sleeves rolled up, sometimes cooking in the kitchen, organising, overseeing, like a field marshal on the battlefield — but also making frequent forays into the dining room and terrace carrying dishes he had helped to cook. 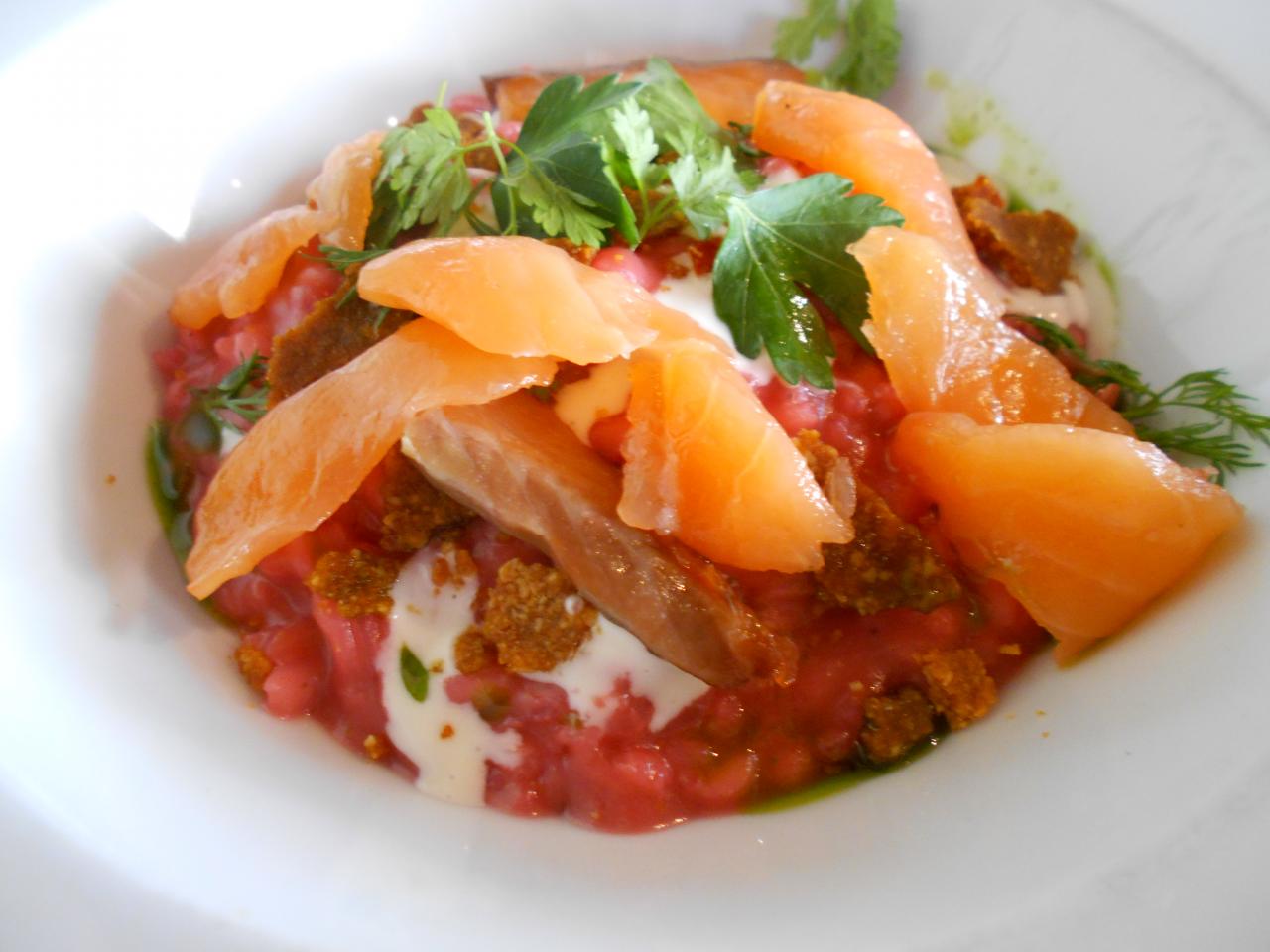 Yes, this is the same Adrián whom some of you may have seen in the Michelin star restaurant Adrián Quetglas in Paseo Mallorca. But on Thursday I was in the Plaza Sant Antoni off the Avenidas (opposite Calle Manacor) having lunch at Adrián’s other restaurant, called Dmenú. 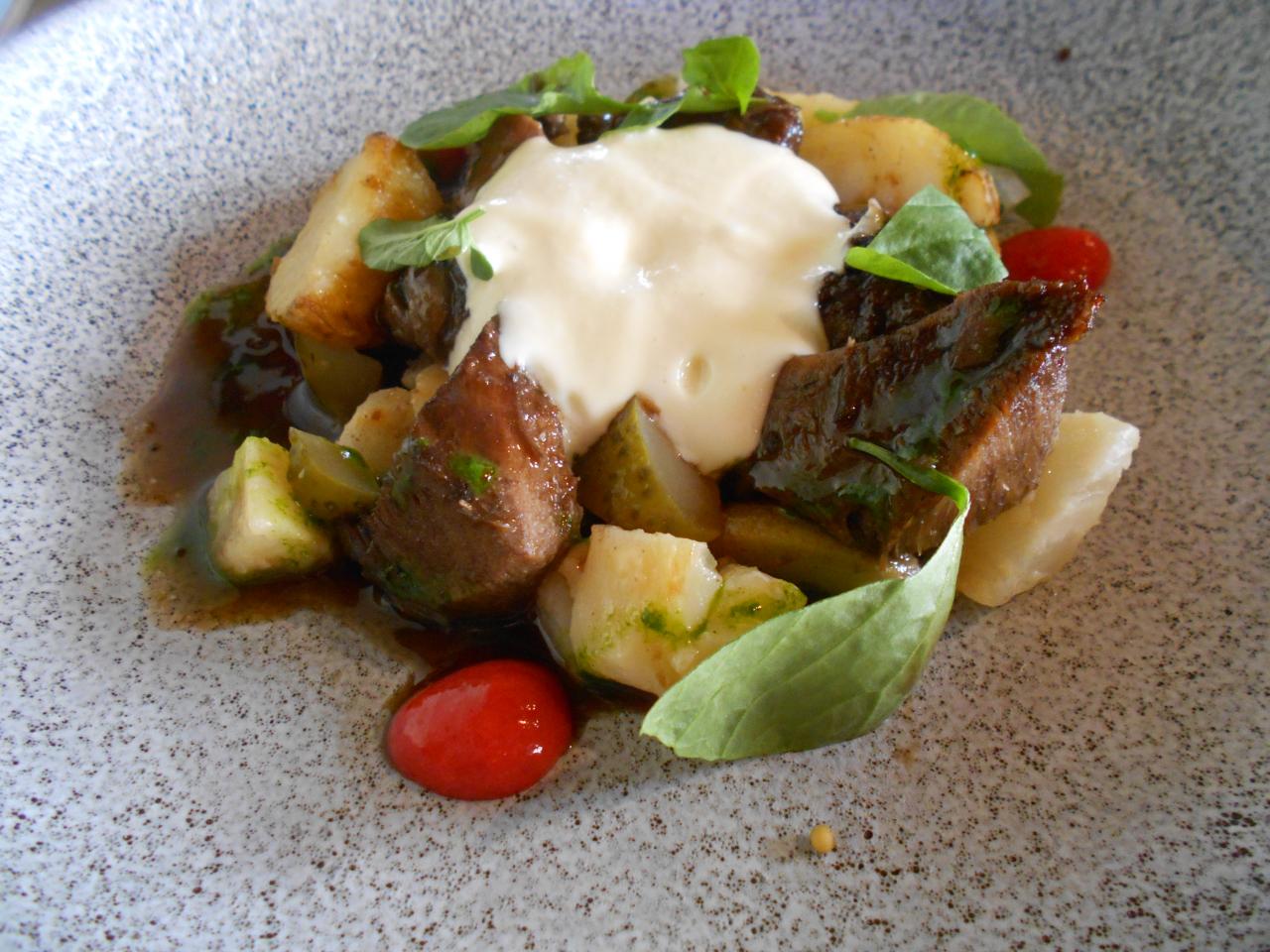 Well, Adrián’s real food at Dmenú really impressed me as did his mucking in with kitchen chores just like one of the lads. I found that most democratic. Even before I had tasted a forkful of one of the starters I was giving him a 10 and a gold medal — for his impeccable work ethic. And it’s a pure gold medal, not one of those Olympic things that are made mainly of stainless steel or some other cheap metal.

Adrián opened Dmenú just a few months before the coronavirus turned up and changed all our lives…perhaps forever. Dmenú was hit by lockdown and the pandemic restrictions that have since affected all bars and restaurants, but it has fared better than most, mainly because its customers are residents and not tourists.

There is another reason why Dmenú is packed out even on weekdays at lunchtime. Adrián is a talented cook with considerable business acumen and he knows Palma needs more restaurants where you eat very well at tight prices many of us can afford.
That’s why he opened Dmenú. And that’s why Dmenú is on its way to being a huge success — he’s cooking real food and it’s memorable — and the price is right. At least for the lunchtime menu. 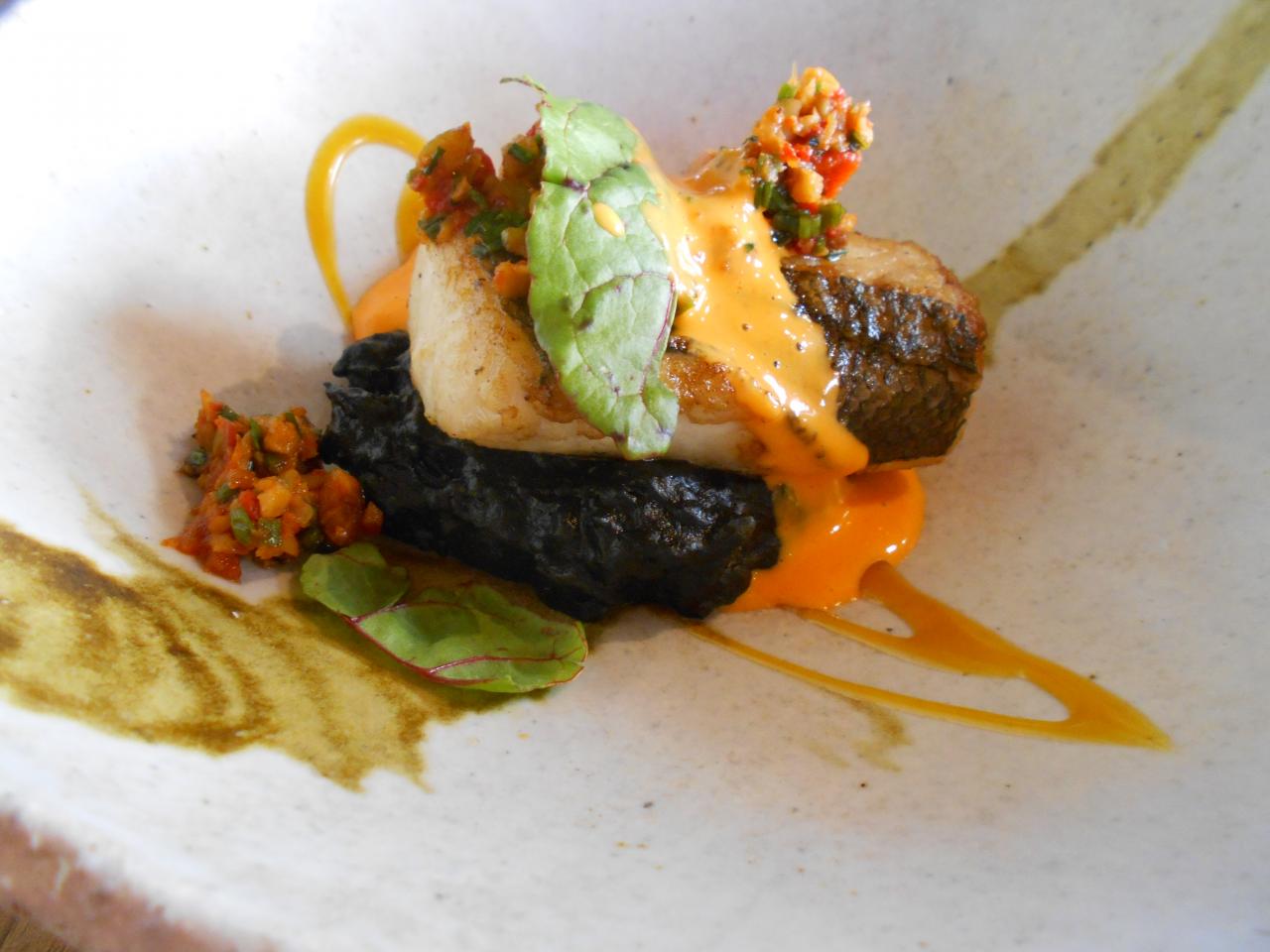 The restaurant is called Dmenú because it does only two fixed price menus that change weekly — an €18 one for lunch with a choice of two starters, two mains, two desserts, plus bread and water. All other drinks are extras.

The menu for dinner costs €35 and offers the same dishes but in a different combination. You would have to check on that. The best way would be to go for the €18 menu and check while you’re there. Dmenú is the best discovery of the year. I hope you enjoy Adrián’s real food as much as I did. 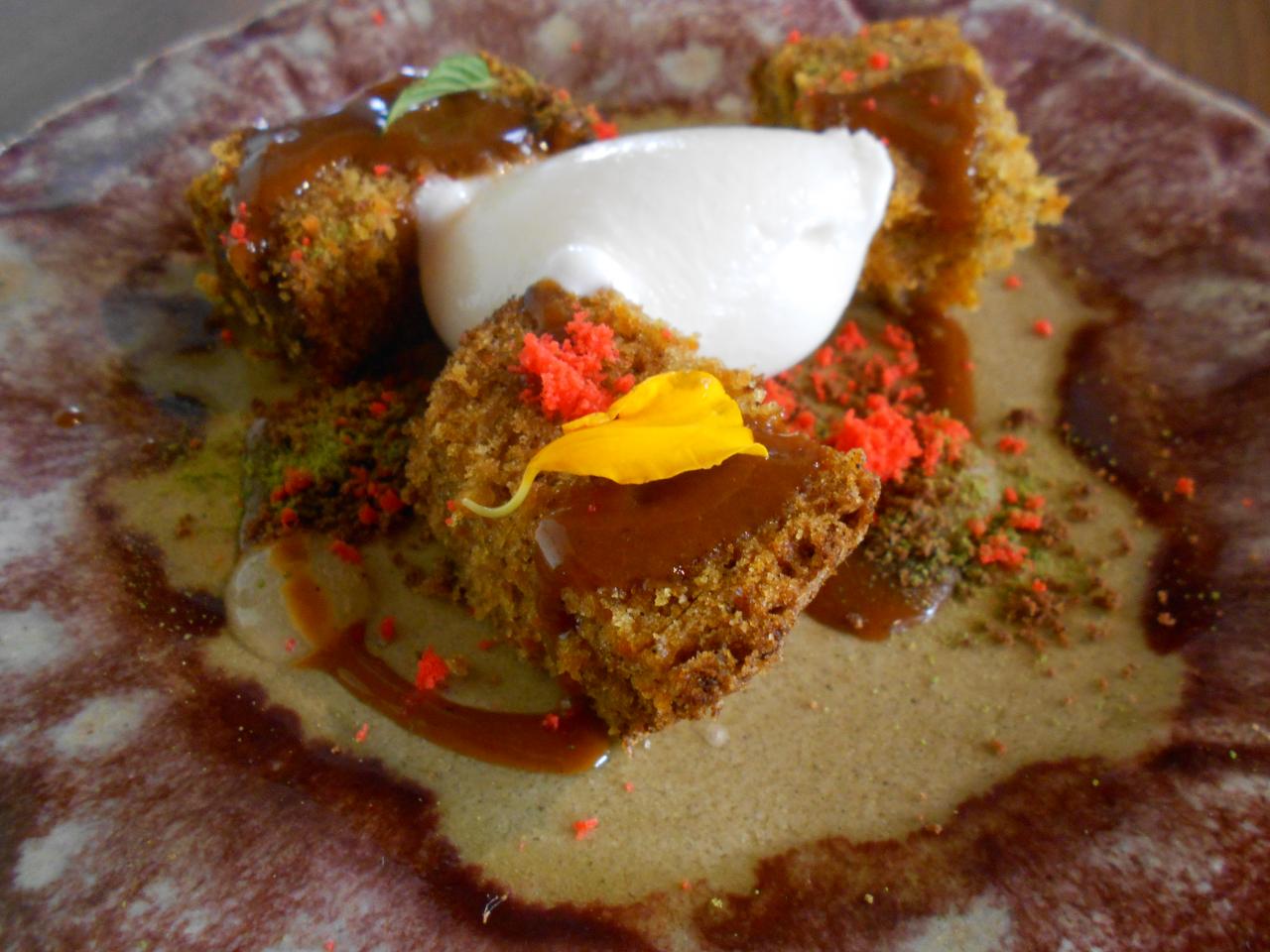 Adrián Quetglas is a fine cook and a good businessman — a combination you don’t always find in the restaurant world. Perhaps that’s why his places are flourishing while others are floundering in rough waters. But it wasn’t all plain sailing for this week’s dishes.

A couple of misnomers lost points for their respective dishes, as they always do in my system of awarding points. The ‘calamar brandade’ had no connection with a brandade and ‘our strogonoff’ didn’t bear any resemblance to what we recognise as the true dish.

It would have notched up more points if it were called ‘braised ox cheek and tongue’ — which is exactly what it was. It was different and extremely tasty and didn’t need to be called by a phoney name. Both desserts were among the best ever and the meal is possibly the most enjoyable one of the year. 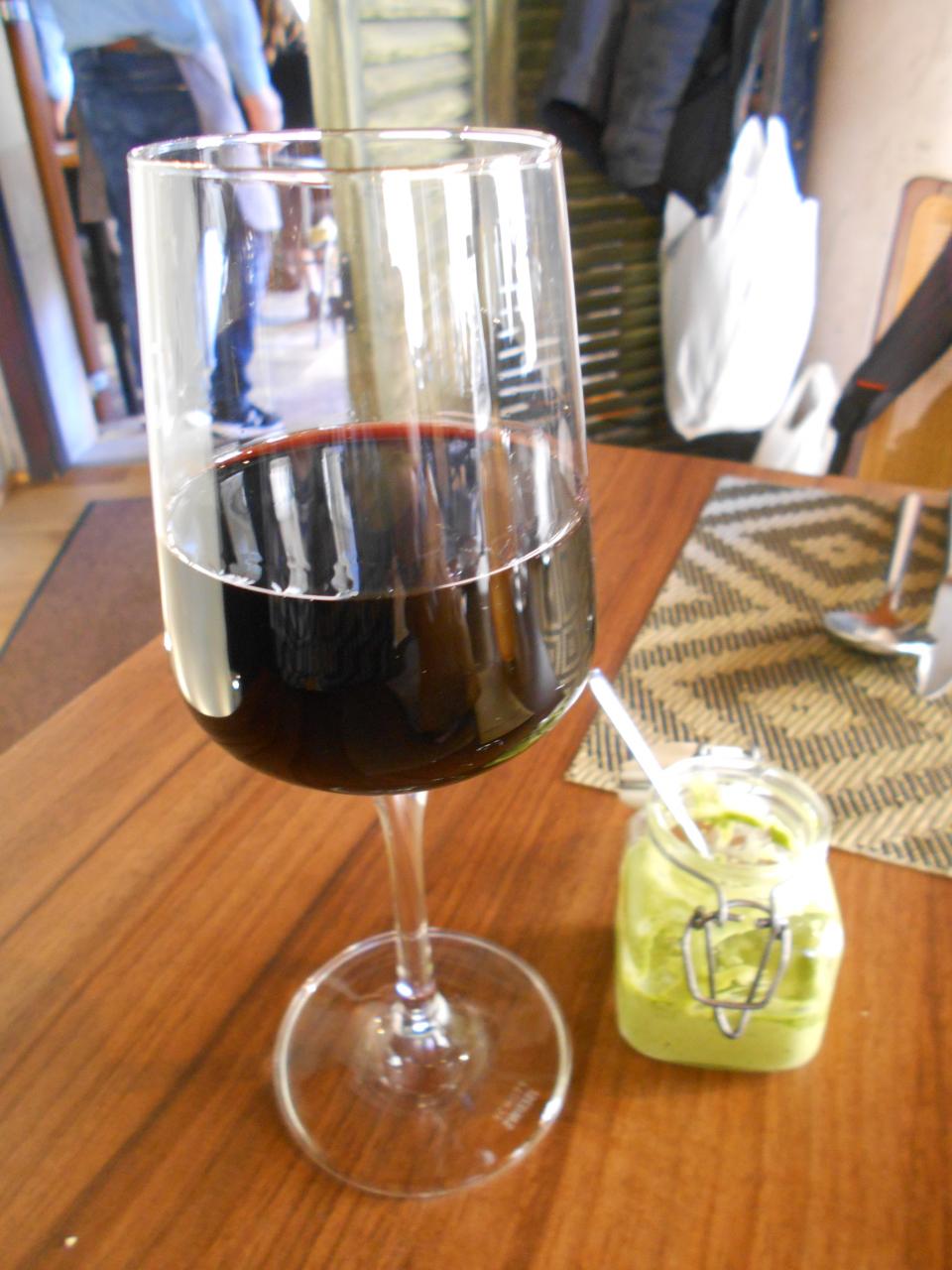 The menus are served from Monday to Friday. Closed Saturday and Sunday. At 1.30pm every table was either occupied or reserved. We hadn’t booked but they gave us a table for two that had a 3pm reservation. The moral: book a table without fail. 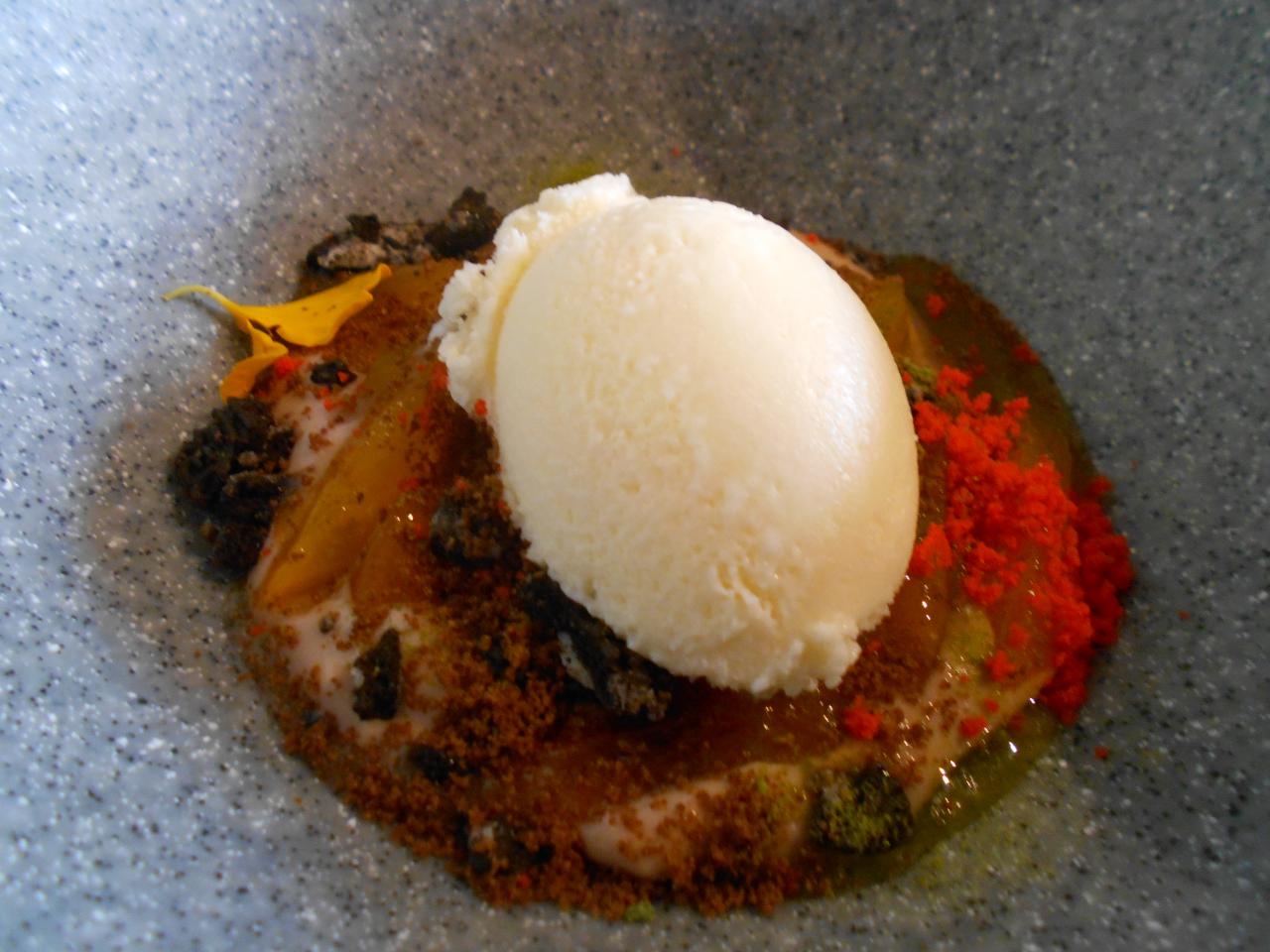 The €18 price of the menu of the week includes a choice of two starters, two mains and two desserts plus bread and litre of water, either still or with gas. It comes in a Dmenú bottle. You get a brown paper bag of sliced white and brown bread with a nice freebie spread to put on it. We had two glasses of a 2019 Ribera del Duero red that had eight months in wood, so it was fruity and fresh but with complex nuances provided by the barrel. The wines cost €5 a glass and that brought the total cost to €46 with VAT.