Without doubt one of the hardest things about having pets share our lives is having to say goodbye. We have 3 dogs currently in our lives and until recently 4 dogs and two cats. Both cats have now passed on and it was very sad days when sitting with them as they passed from age and illness. But recently the decision to end a life was ours to make and we did it with heavy hearts. 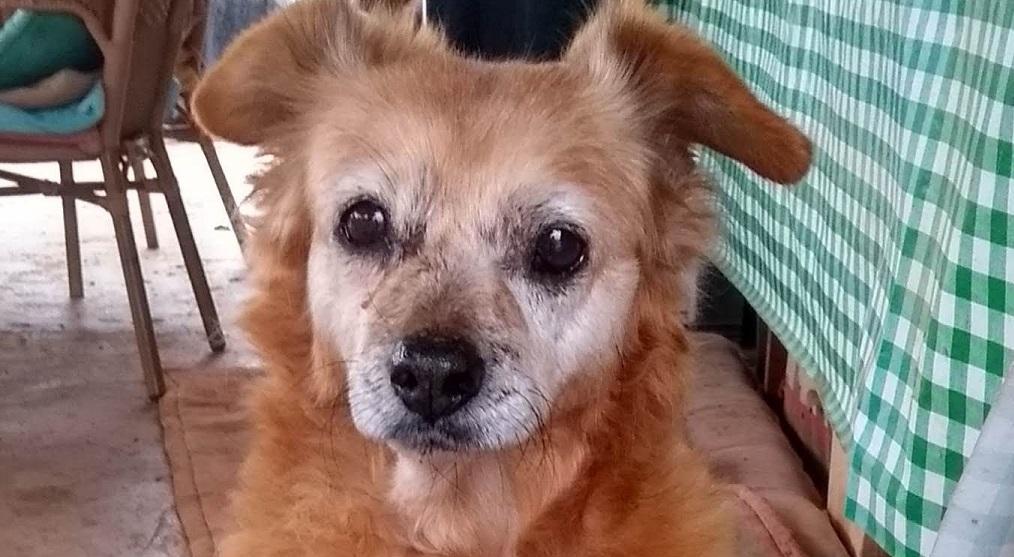 Canela was 18 years old. She lived at the finca where we are for her whole life, never leaving but often left alone until we came to live here a few years ago. At first I’m sure she was most put out when our three border collies arrived, her routines were disrupted and cheek of all cheeks her food and water bowls raided! She was only little compared to our three and even by then a little bit unsteady on her feet. But that didn’t stop her and if we had been out she would run up the drive way behind the others, her little ears flapping as she ran. She was the youngest senior dog ever and, even at that age every couple of months or so she would become ‘interested’ in the boys! We kept a close eye on that just in case. Our boys were very courteous of ‘Nela, our youngest happy to bump noses with her. 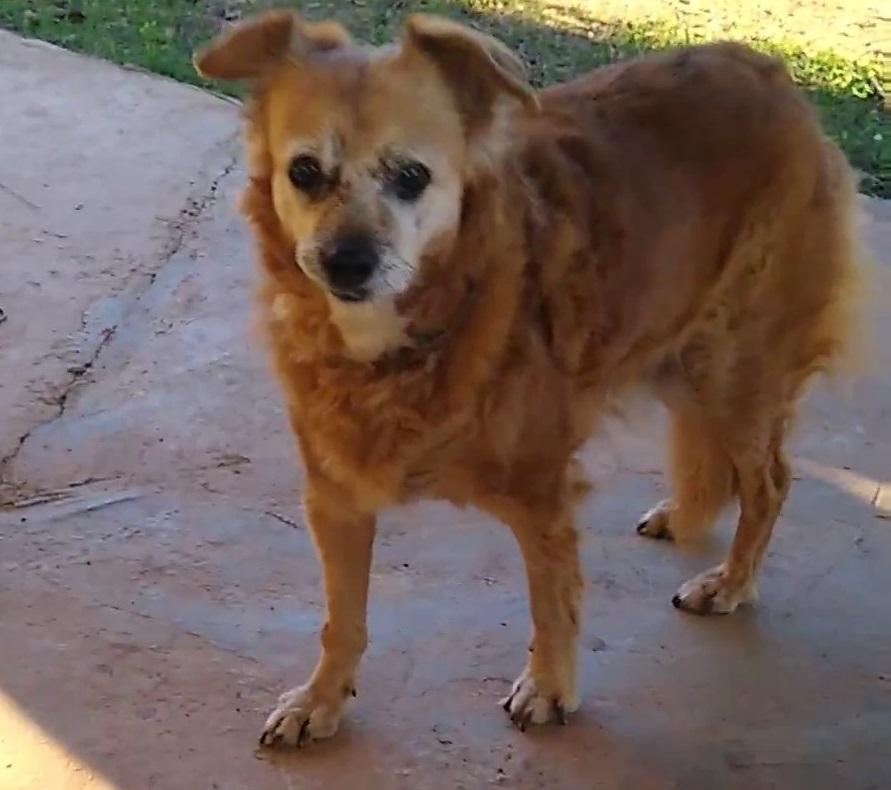 For a number of weeks prior to the decision day we had been watching her start to fade, now at 18 years old she had mainly lost her sight, we believe only seeing shadows and it was sad to watch her bark for her dinner from the plant pots. She was deaf and nervous when approached as she didn’t know you were there.
Then she lost her sense of smell and with it most of her sense of taste and I felt awful about it but began to hope for her sake that she would pass quietly in the night while asleep. We made the decision when she could no longer find her bed and even when put back in it she had difficulties laying down.
Canela had lived outside her entire life and we made her bed the cosiest and warmest that we could for her as she did not want to come in. On the last few occasions she left her bed we found her freezing cold and frightened in the middle of the garden having no idea or ability to get back to the warmth. Enough was enough we believe she had begun to suffer and this wasn’t something we could watch or wished for her so we called Nick Murgatroyd of Bendinat vets and he came that very afternoon. After a thorough check and kind reassurance Canela was sent on her final journey surrounded by love and concern, we were there for her and she knew it.
I asked Nick and he has kindly agreed to write a follow up article about euthanasia for us which I will run next week in this column, it is a difficult subject but it’s something responsible animal companions should all be prepared for and talk about. 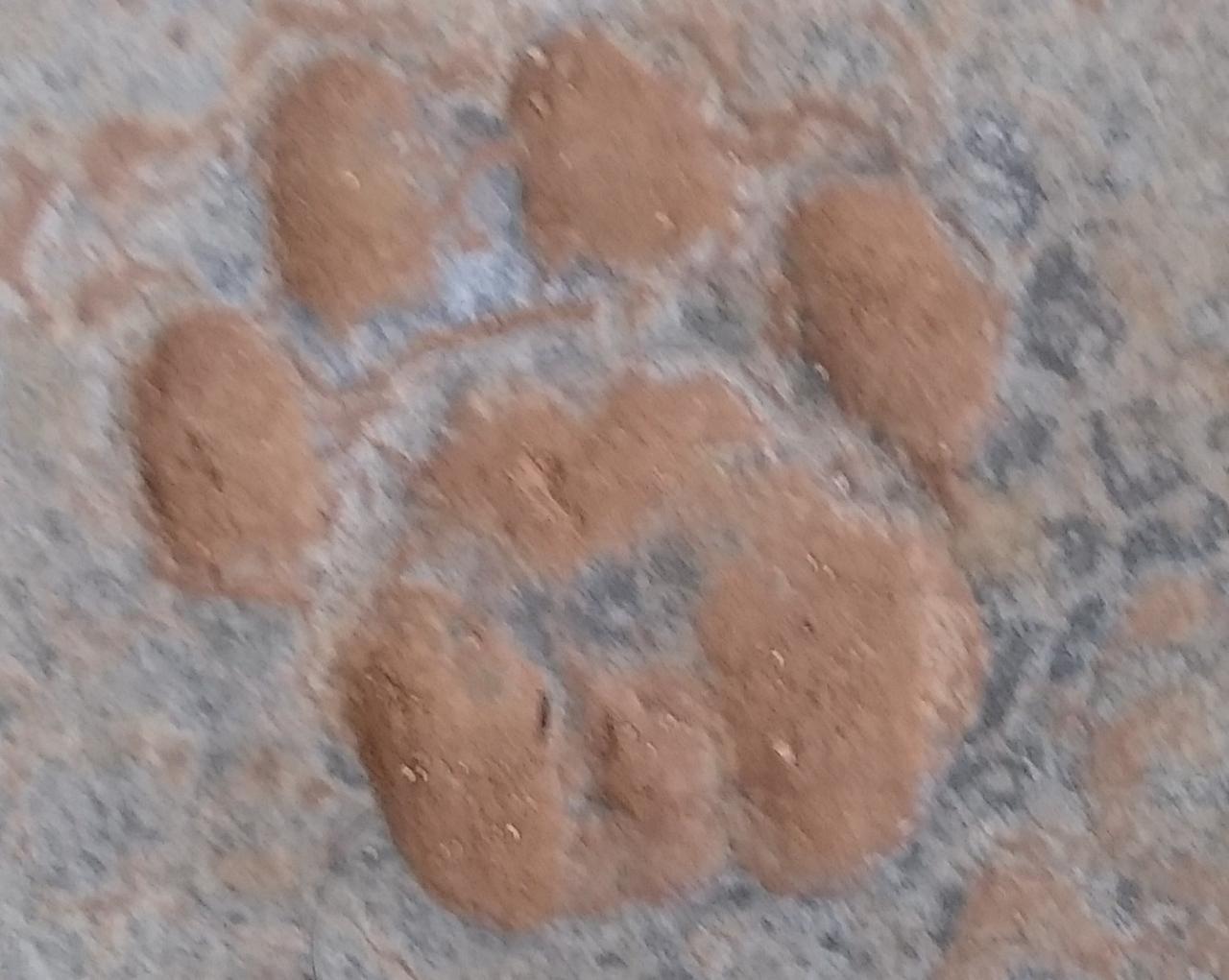 The saying is a dog will leave paw prints on your heart, Canela really did leave paw prints in our hearts but also all over the terrace concrete from when it was poured 17 years ago...little things bring smile.

The Rest of the Fuller Pack

We are a truely international family, we are ourselves both from England and our eldest dog Brady Border Collie is from Scotland. 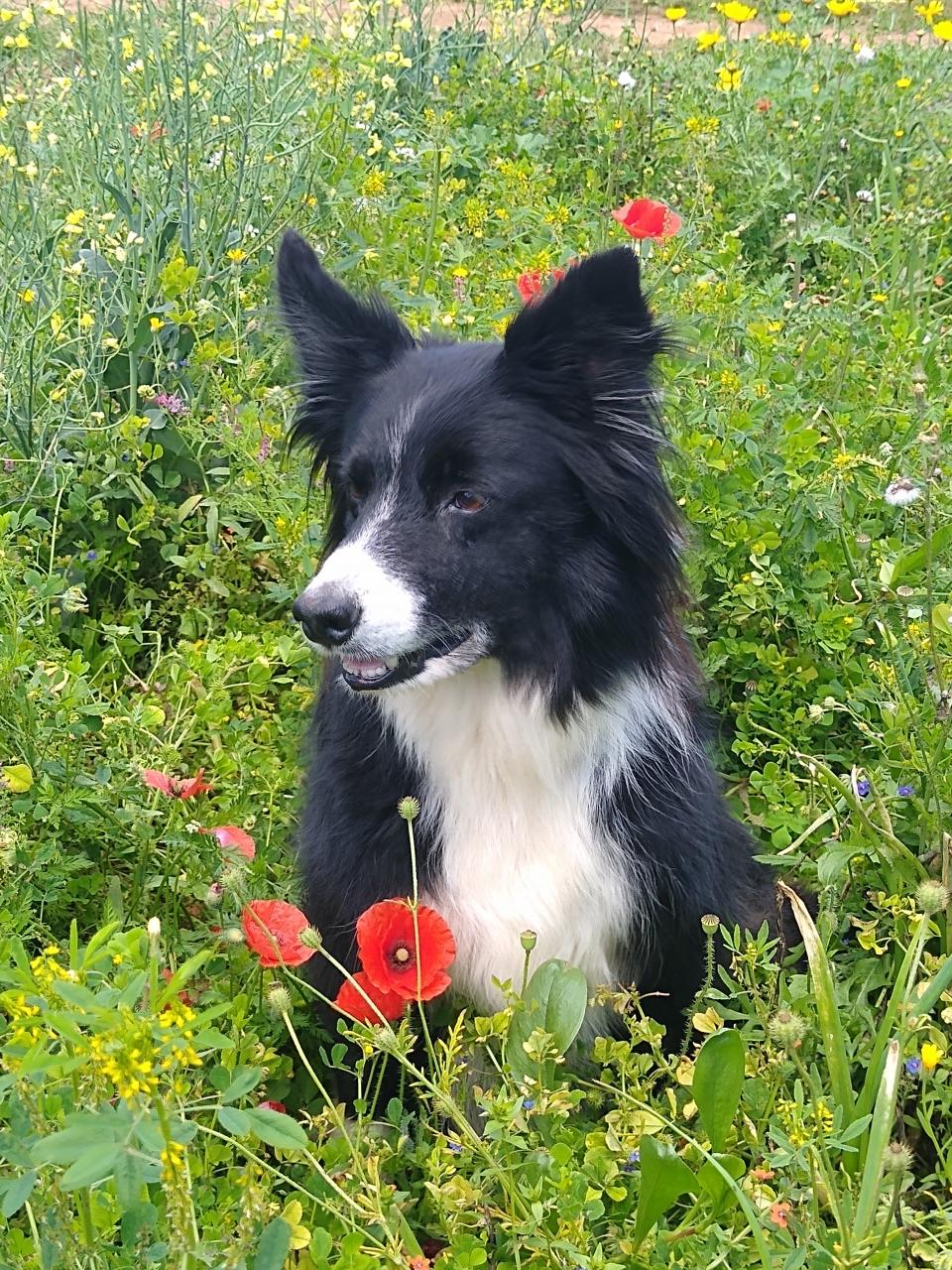 We rescued him when he was two years old (he is now 12) and he has been a neurotic buddle of fun ever since. He has his quirks, hates plastic bags blowing in the wind, bright coloured back packs and he has protected me many times from snowmen in Scotland. 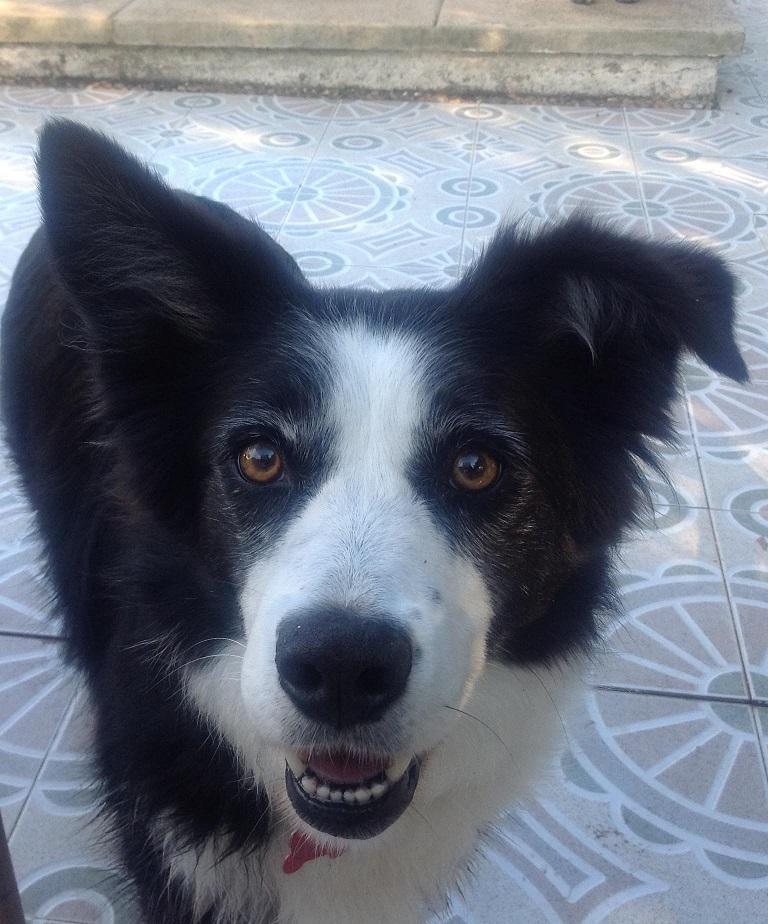 Then we have Mollie Collie, (now 9) she was rescued from Ireland and we collected her in the lake district as a friend for Brady... We never thought Mollie would be much of a runner having been tied to a tree for the first year of her life and not developing strong muscles, how wrong we were, she runs like the wind especially to steal a ball or a treat! 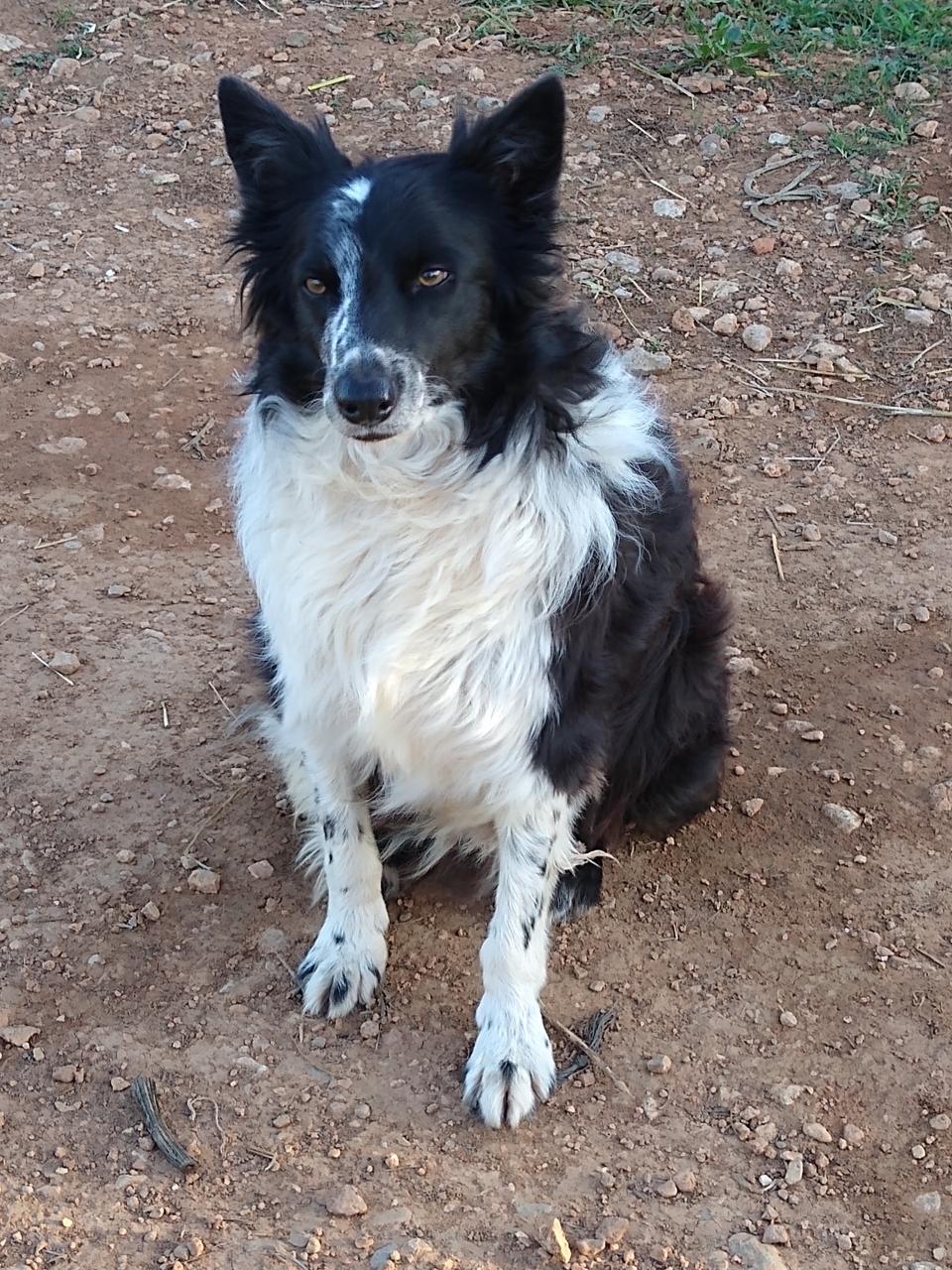 Then last but definitely not least we have Sylvester (who knows how old but we think about 6) who we originally fostered not long after we arrived on the island. He had had a rough time and had a broken leg. We had one instruction when we had his little leg treated at the vets (thank you Nick)DON’t get it wet and if he does come straight back...so back we went nearly every day for 2 weeks, if he couldn’t find water to stand in he wee’d on it instead.... so we fell in love with the little monkey and adopted him too.

Undesired Barking, How Do We Address It? 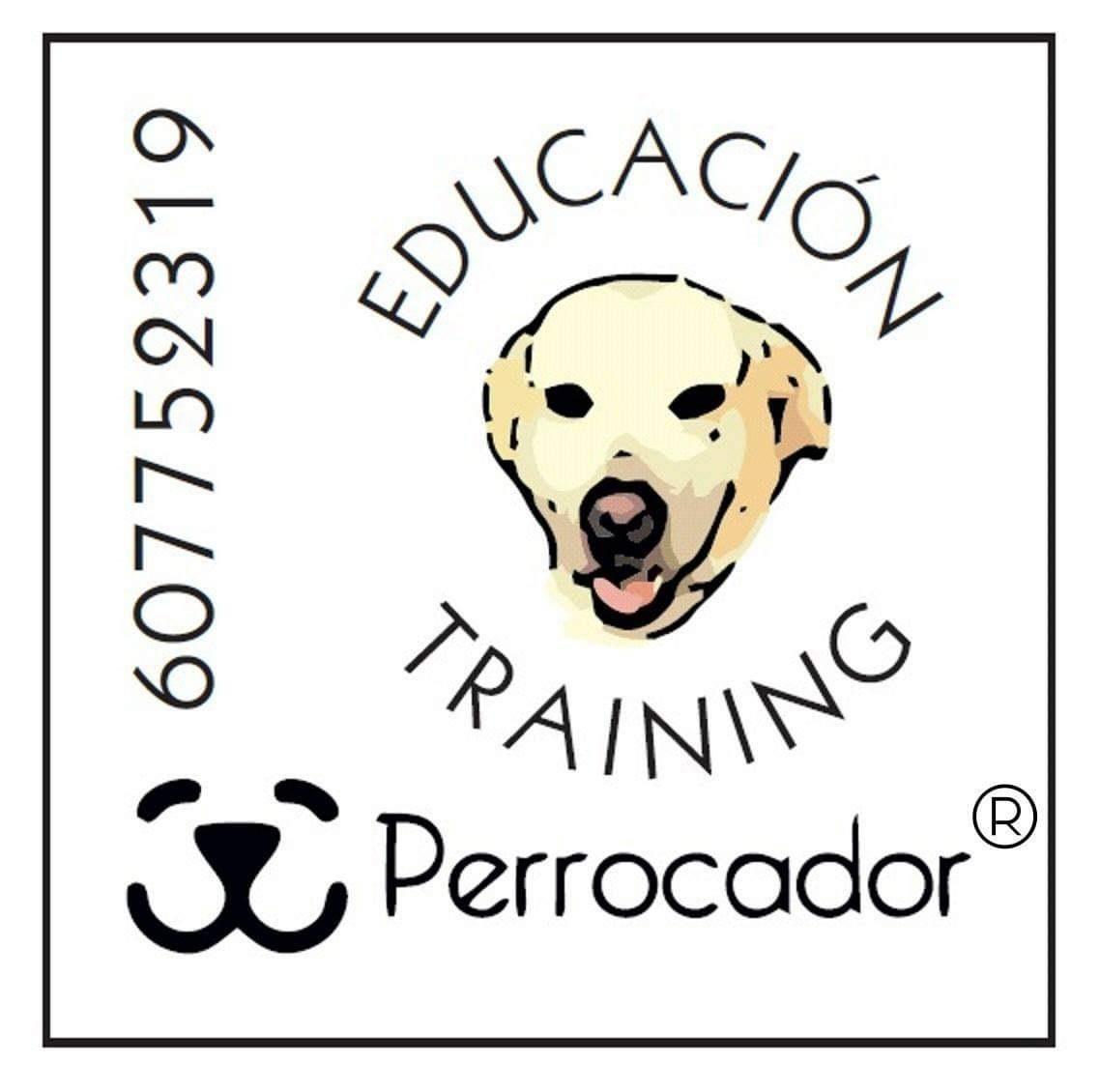 Barking can be one of the most annoying behaviours in dogs, often it is punished (by handlers directly or via technical measures like “anti bark collars”) sometimes it may even lead to the dog ending up in the pound.

So why do dogs bark?
Barking is one of the natural means of communication available to the dog, others are way more subtle so barking is generally the most obvious to us.
There is also a genetic predisposition to barking, so to some dogs it comes more easily than to others.
There may be several reasons for a dog to bark, for example out of excitement or frustration, fear, as a warning, for attention or food.
Hence barking should be seen as a symptom rather than the disease! If we decide to simply punish the barking we may achieve that the dog stops barking but it is extremely likely that, rather than changing their attitude towards the situation, they will suppress the behaviour and, depending on the underlying function, we may erase a very important warning signal the dog tries to send us (like for example “if you keep on doing that I’ll bite”).
A very good example is that many dogs that wear an anti bark collar suppress barking to an extent that it only becomes a low grunt, indicating that the dog still suffers the same issues as before. That means when we are trying to address excessive barking (and many other undesired behaviours) we need to look at the underlying function of the behaviour. So we have to ask ourselves in any given situation:

“WHY does the dog bark?” - or jump or bite etc.
Once we have established the reason for the behaviour we can think about how to address and change it. For different reasons there are different approaches to solve the problem (similar to the reason for a red spot on our skin may be a simple rash or the beginning of skin cancer, which will be treated completely differently).
As always when working with the dog we should focus on the desired behaviour rather than the undesired. Make sure to set up training environments with friends or family rather than working with the dog when the dreaded parcel service is calling so you are in control of distances, approaches etc.

Here are two examples:
1. The dog barks for attention
Attention barking may simply be resolved by ignoring the dog until they stop and then rewarding them for not barking. If the dog is food driven it is advisable to use a treat as a reward rather than attention as the latter may excite the dog too much and they bark again. Most importantly remember to reward the dog when they don’t bark in situations they used to.
2. The dog barks at visitors intruding in “their” home.
Make the encounter more bearable for the dog by asking visitors not to interact with the dog but to completely ignore them, they shouldn’t even look at them. You can give the dog treats EVEN when they barked a little at the “enemy” (as the underlying reason is not attention or food this will NOT reinforce the barking quite the contrary). Make sure the dog is not overwhelmed by the experience. Choose distances so the dog can cope with the presence and don’t overexpose them to the averse stimulus. We always should aim to create a training environment in which we can gradually raise the various difficulty levels.