Statistics make such easy copy as you can interpret them any way you like. This week we have been told that:

- The weddings in Spain in 2020 were the lowest number in years.

- The birth rate has fallen.

- An increase of permanent residents have headed for Mallorca.

These are amongst lots of other figures and analysis which will occupy many column inches. Let’s just put a Soller spin on the top three

Weddings in the Soller Valley have been few and far between. Last summer when lockdown eased for awhile our Town Hall held a few 5 pm ceremonies on Saturdays. We enjoyed seeing the beautiful clothes of the guests as they walked down the road to the buses waiting to take them to the party. Numbers were restricted so small gatherings were ‘de rigour’.

The birth rate figure doesn’t work for me in the Soller Valley. We have many, many new babies, in the finest prams, promenading, right now. I just love a baby and I am constantly cooing over them in their prams and beautiful clothes (behind a mask – of course). I can’t accept that the figures will show a decline round here. This is a new generation who will really enjoy the input of two parents. Many are not working right now and understanding what it is really like to have a new born in the house. I must say that the couples all seem very happy with their ability to be at home while baby is tiny.

I can think of at least 10 new adult arrivals to the Soller Valley in the last few months. Bill Webb is the guru on these figures, as its largely his removal company, who do most of the UK to Mallorca moves. I am talking full time, with residency in place and a Spanish bank account. They are the ones who seem in a permanent state of pleasure and apprehension at their decision. It was the effect of Brexit for most which pushed them over the edge to make the move before December 31st 2020. They are still in a state of shock. Their stories will be worth telling in about six months’ time. In the meantime, they are enjoying the coldest winter for years in Majorca and wondering what they have done.

The current lockdown means we can’t have proper conversations and are living in the world of sound bites. I happened across one group who are planning a huge business venture in Soller. They were meeting on the cold stone steps of the new building in the Marina Tramontana in the Puerto Soller. As the fishing boats came in we were talking about the start up which will be extremely exciting. I am involved in their publicity so this is as far as I can say right now. I have held business meetings in many interesting places in my career but alongside the day’s catch in the Puerto Soller has got to be a first. 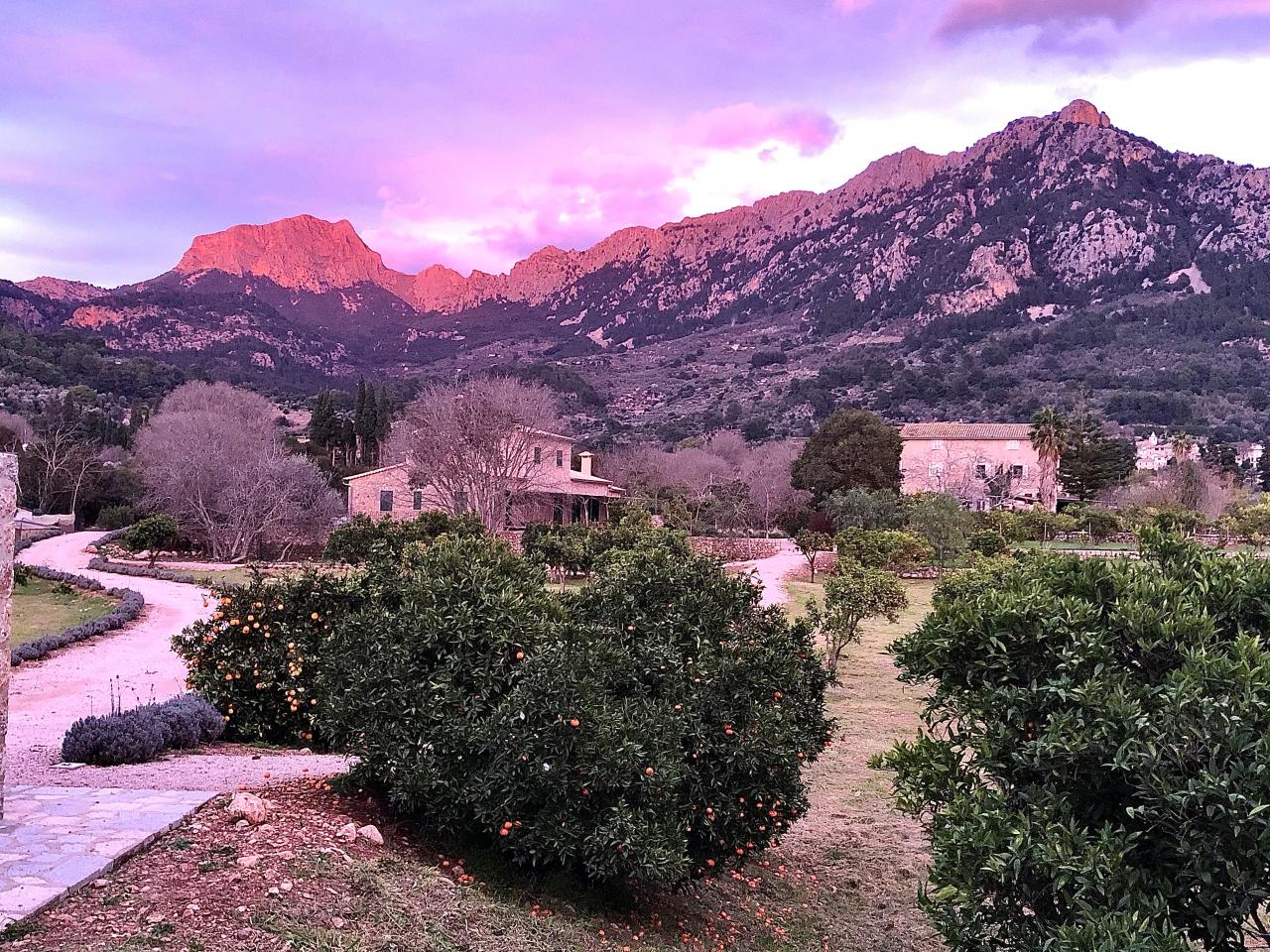 My family’s involvement with the Pere Cerde School in the Puerto Soller goes back thirteen years. Two of my grandchildren enjoyed this very special place. The youngest is now in her last year there. At the age of 12 she transfers to the secondary school in Soller which is called The Institute. On Saturday I bumped into the lovely headmistress of the Port school, Maria. We discussed the party just waiting to happen.

In my family experience the school grew and classroom huts spilled over into the playground. The building adjoining the school was being negotiated on for a very long time. Eventually one floor was acquired and two new classrooms appeared. This week the announcement came that the whole building is now theirs. Work has already started to convert the remaining space into the two last classrooms needed. We all knew, when this became a reality, the Puerto Soller families would celebrate as only they know how.

2021 is the year and next month all the children will be in the same building, at last. The prefabs in the playground will be a thing of the past. The party will be magic when it happens. No date set yet, for obvious reasons, but we hope it will be in 2021...