This week Mallorca Gardeners facebook group have been talking about worms. Not particularly earthworms although these are fabulous for the garden too, but compost worms! Lynn McAvenia very kindly agreed to explain how this works and what exactly is Liquid Gold. 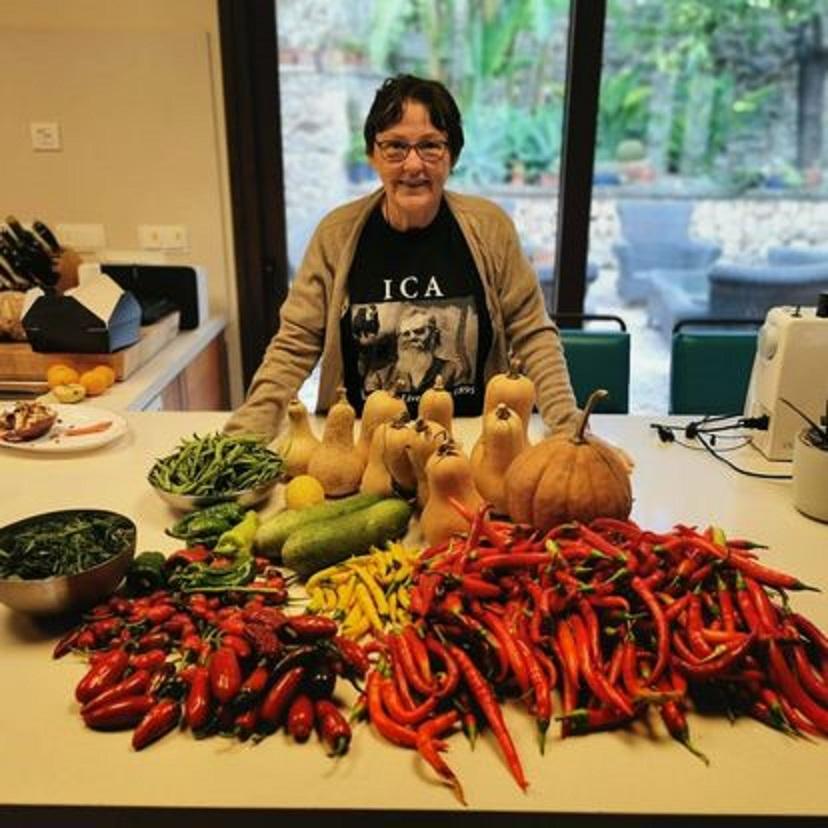 Have you heard of a magical elixir that gardeners refer to as liquid gold? Many swear by its miraculous properties, but unlike real gold you don’t have to spend a fortune to get it. With a little work, you can have your own for free. I’m talking about worm tea. Don’t worry, this is not something yucky you drink. This tea is enjoyed entirely by your plants.
Here are some of the many ways you can use worm tea:

You can see why worm tea is called liquid gold. So just how do you get a hold of this miraculous tea? Well, the process is probably not for the squeamish. But for those who aren’t bothered by the sight of the slithering little creatures, creating and maintaining a wormery can be a fascinating and rewarding hobby. Worm tea is a biproduct of worms living a happy life chomping their way through your kitchen scraps. 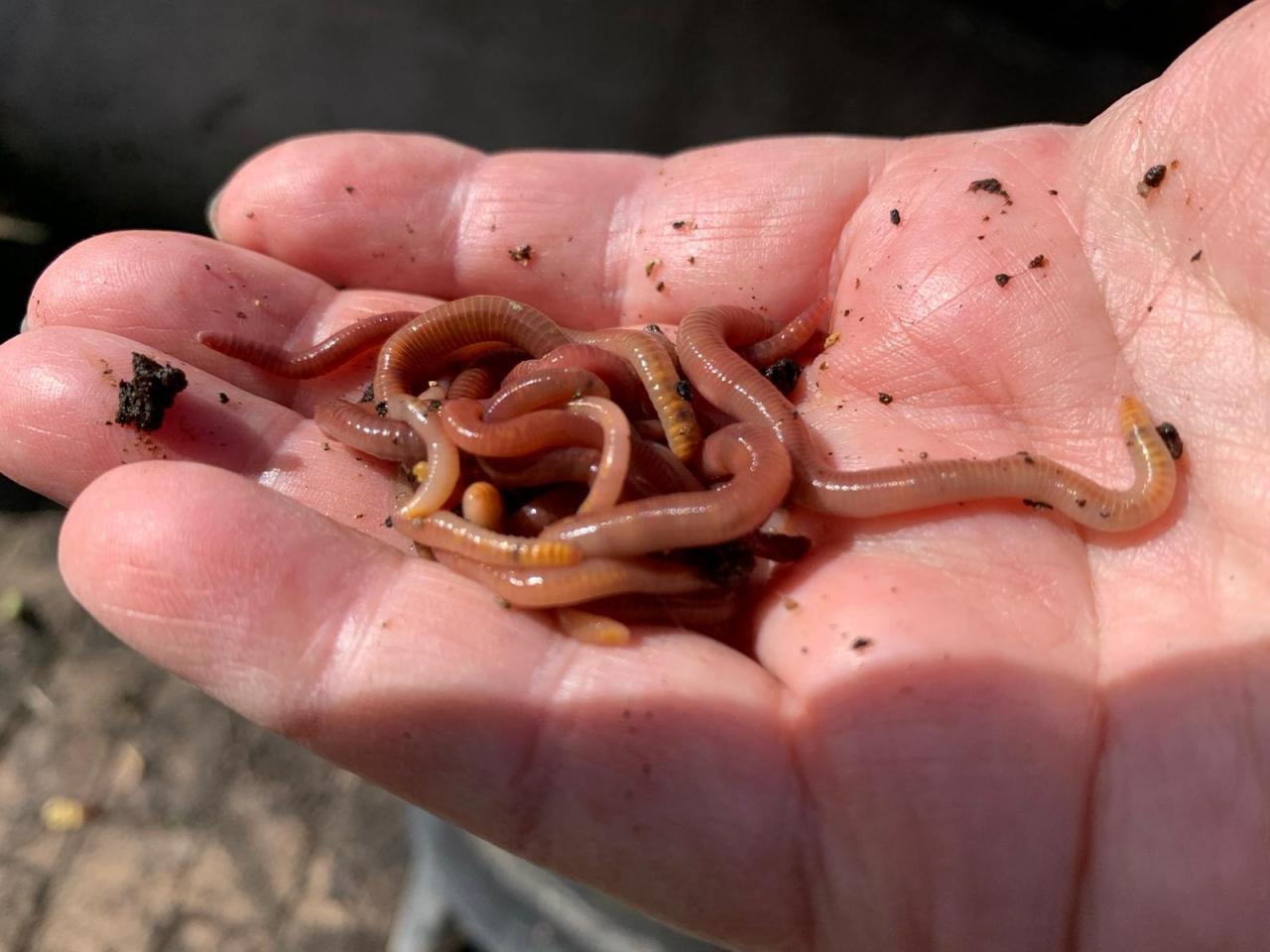 When I first came to Majorca in the mid 90s, there was little awareness of organic gardening in general, and composting of any kind seemed to be completely unknown. I soon set up an outdoor compost pile, but finding the worms necessary to start a separate worm house proved impossible on the island at that time. Compost worms are different from earthworms. Unlike earthworms, they don’t live in the soil but rather in decaying matter. I ended up shipping a premade wormery plus a box of worms from the UK to get started. That handful of worms and generations of their offspring have continued to provide my garden with endless worm tea for the last 25 years. 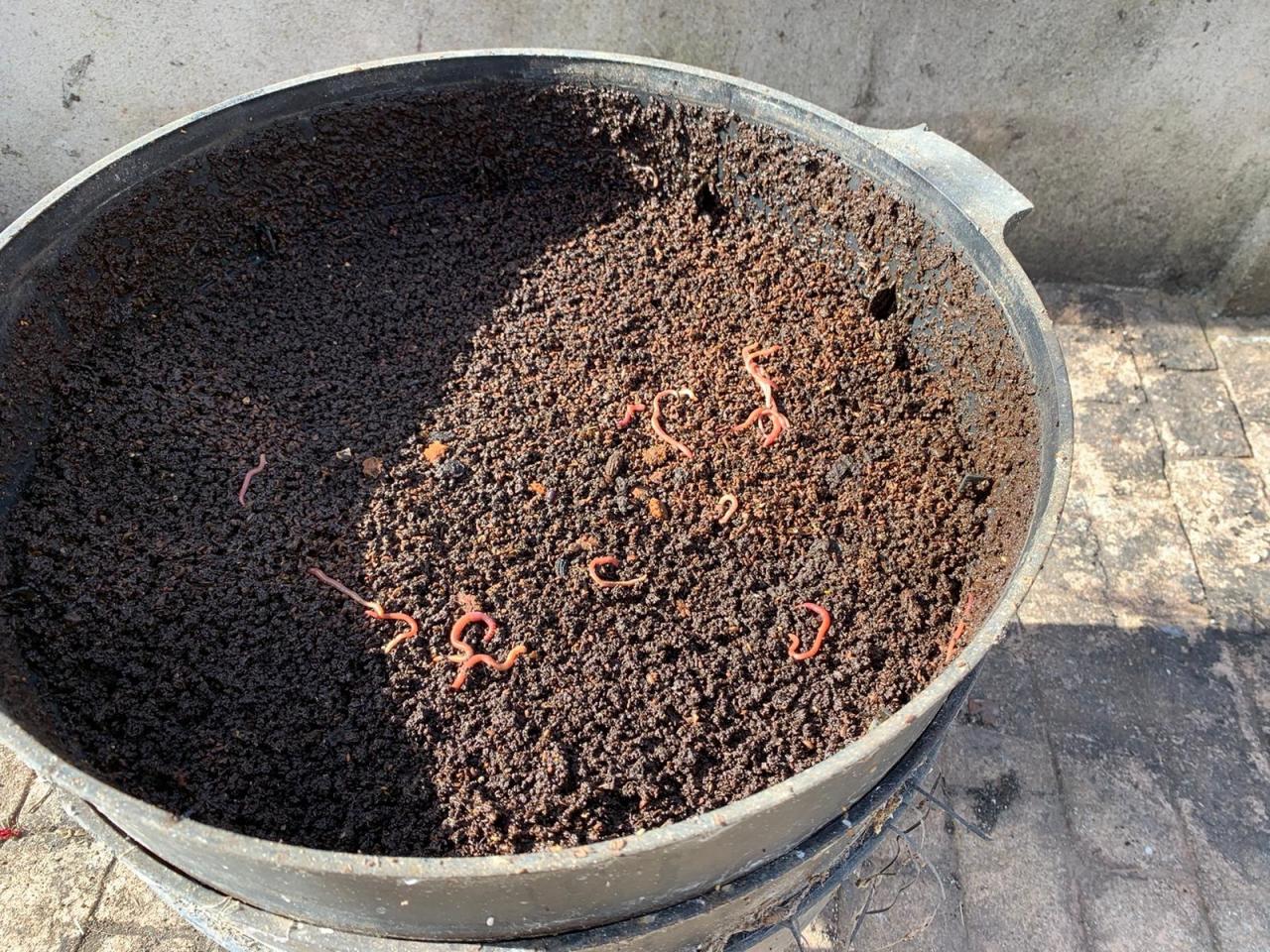 Whether you purchase a premade worm home or make your own, the principal is the same. Compost worms need a dark box with airholes at the top and some kind of drain hole at the bottom. The drain hole must be sealed in some fashion so the worms don’t escape. If you buy a wormery, it will come with worms, otherwise you will have to beg, borrow, or buy these separately. 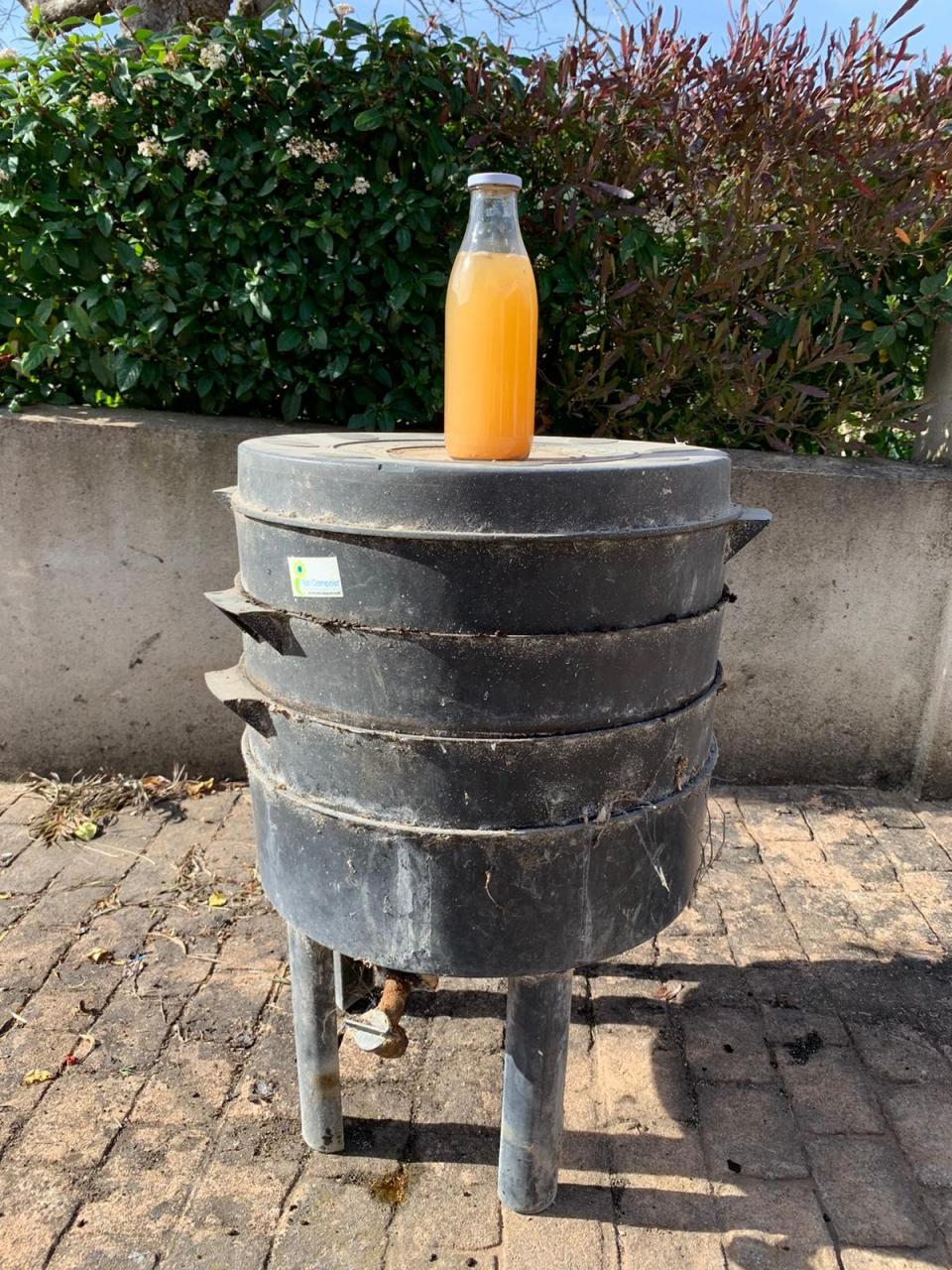 Compost worms lay eggs that hatch in 27 days. Your worm population will double every 2 months until they reach the limits of your wormery. After which, reproduction will slow down to match the environment. Individual worms can live for a few years before dying and turning into worm food themselves.

Place a 6-inch layer of dampened bedding at the bottom of the box. This can be shredded black and white newspaper, shredded cardboard, coconut fibre, or straw.
Every 6 to 9 months, you need to scrape off the top of this bedding and replace it with new. (The used bedding can be added to your soil for a nutrient boost.)

Scatter your worms over the bedding. Then sprinkle a good layer of kitchen scraps on top. Cover loosely with damp newspaper sheets and close the lid. Let nature takes its course.
Continually add both cooked and uncooked scraps to your wormery, and the worms will thrive. Do not add meat, fish, dairy products, or greasy foods. Banana skins are also a no-no unless these are organic.

Conventional banana skins are contaminated with so much pesticide that just one skin can kill hundreds of your precious worms.
Once the box is close to full, stop adding more scraps. Gradually, your worms will eat their way through all the food.

This will pass through their bodies and come out the other ends as worm castings. These castings form a beautiful rich, brown compost, which can go straight into the garden or used to make worm tea. At the same time, liquid will have accumulated at the bottom of the box, which you need to drain off. This liquid is called worm leachate. Since it has not passed through the bodies of your worms, it is not worm tea. 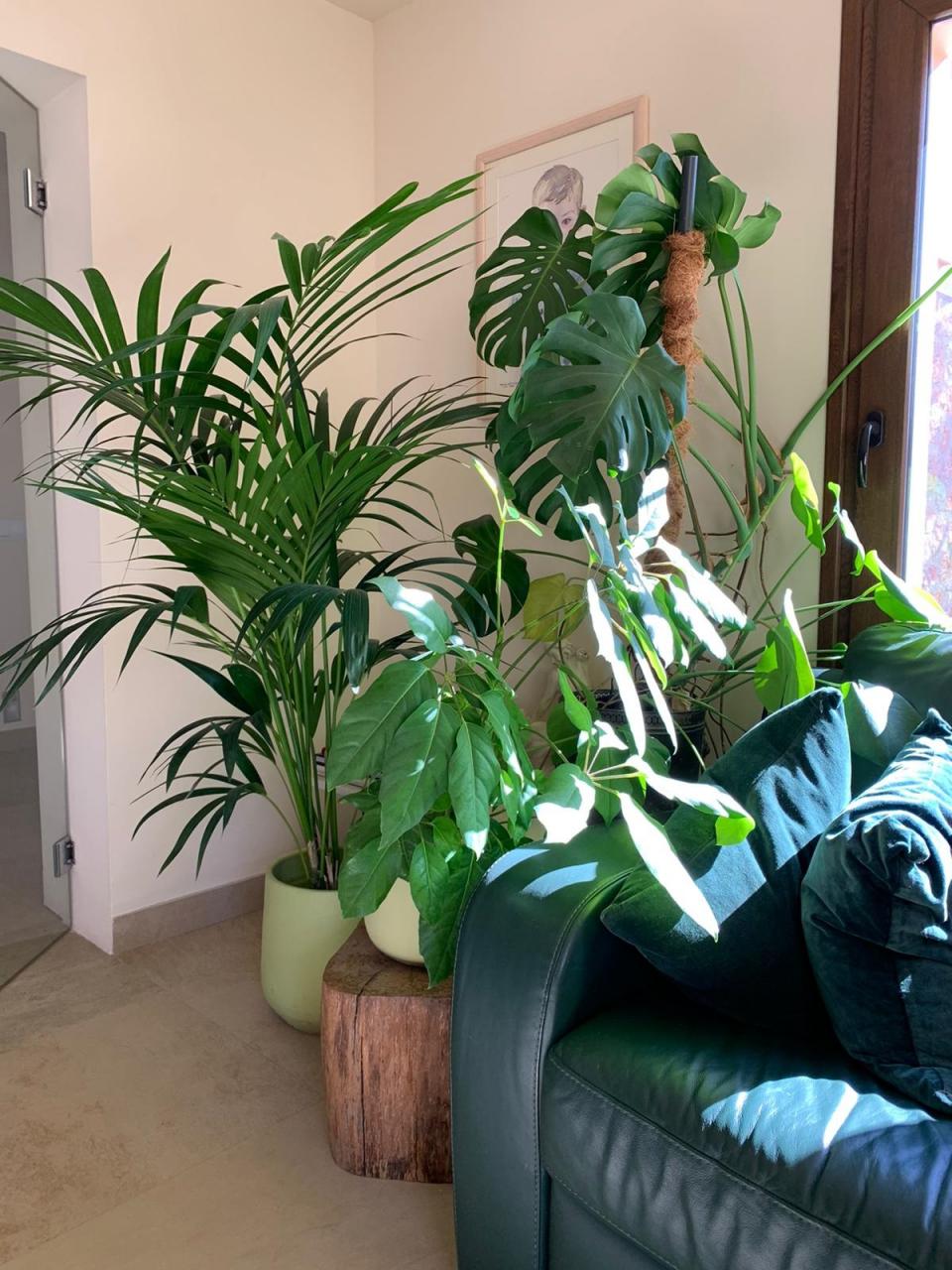 You cannot use this on fruit or vegetable plants, but it can be used as a fertilizer in the ornamental garden. Simply dilute with half water and drench the soil.

To make worm tea, simply take some of your worm castings and close them in a muslin bag. Soak this bag in a bucket of water overnight.

The resulting brown water is your very own liquid gold. You can use your worm tea as a leaf spray or as a soil drench to provide the wonderful results you are looking for. It is safe to use on all your plants, including edible plants.

And the good news is, you will continue to get worm tea for as long as you keep your worms.