Dry stone construction in Europe is said to date back to the Neolithic Age, so between 7000 and 1700 BC (roughly speaking). Ancient Talaiotic settlements in Majorca date, again roughly speaking, from rather later. The Talaiotic Culture is generally regarded to have started towards the end of the second millennium BC. But what are a few hundred years? Whenever it was, it was a heck of a long time ago and when civilisations were at least partly built on dry stone.

The ancient building technique has therefore been around in Mallorca for at least three thousand years. It is, to use a saying, as old as the hills, and it is in the hills, or rather the mountains, where it has attained its almost mythical status. The landscape of the Tramuntana was shaped by dry stone.

A few years ago, I spent some days wandering in the Tramuntana with William Graves and a film crew. It was over those days that I began to appreciate just how essential dry stone is to Mallorca’s history. A mine of information on anything to do with the mountains, William spoke knowledgeably and passionately about dry stone, the technique and also its role in moulding the mountains - dry stone is inherent to the influence of different cultures which was central to the Unesco declaration of a World Heritage Site. The history met the present day, and there was also the diligent labour of the ‘margers’, the dry stone workers who craft walls with such astonishing precision.

Advances there most certainly have been since the centuries before Christ, but the principle of the technique hasn’t basically altered. Perhaps it is the antiquity, maybe there has been an element of condescension, but the work of the marger can at times seem to have been marginalised in terms of a true appreciation of the craft, of its skill and professionalism.

In November last year, a royal decree addressed the status of the marger. Professional qualifications were to be recognised, and in January the Council of Mallorca announced that “for the first time on our island, the thousand-year-old work of the margers will be officially accredited”. The councillor for sustainability and the environment, Aurora Ribot, stated that, for more than thirty years, the Council has been committed to this trade and that this commitment had materialised in the form of professional accreditation.

She may have been overstating things in seemingly have credited the Council for having brought about the accreditation, but it is certainly the case that as an institution it has given its support to work which is so intimately linked to one of the prime functions that the Council has - preservation of culture and heritage. And with the accreditation, Ribot added, the first step is being taken towards the Council establishing a school for margers.

Aurora Ribot is a member of Podemos. So is Iván Sevillano. He is the councillor for mobility and infrastructure - transport, roads and what you find at the side of roads. One imagines that Aurora and Iván do talk to each other, so it would be interesting to know what Aurora would have said to him about the row that blew up a few days ago. “You do realise that the Council is promoting the idea of a school for margers, do you not?” 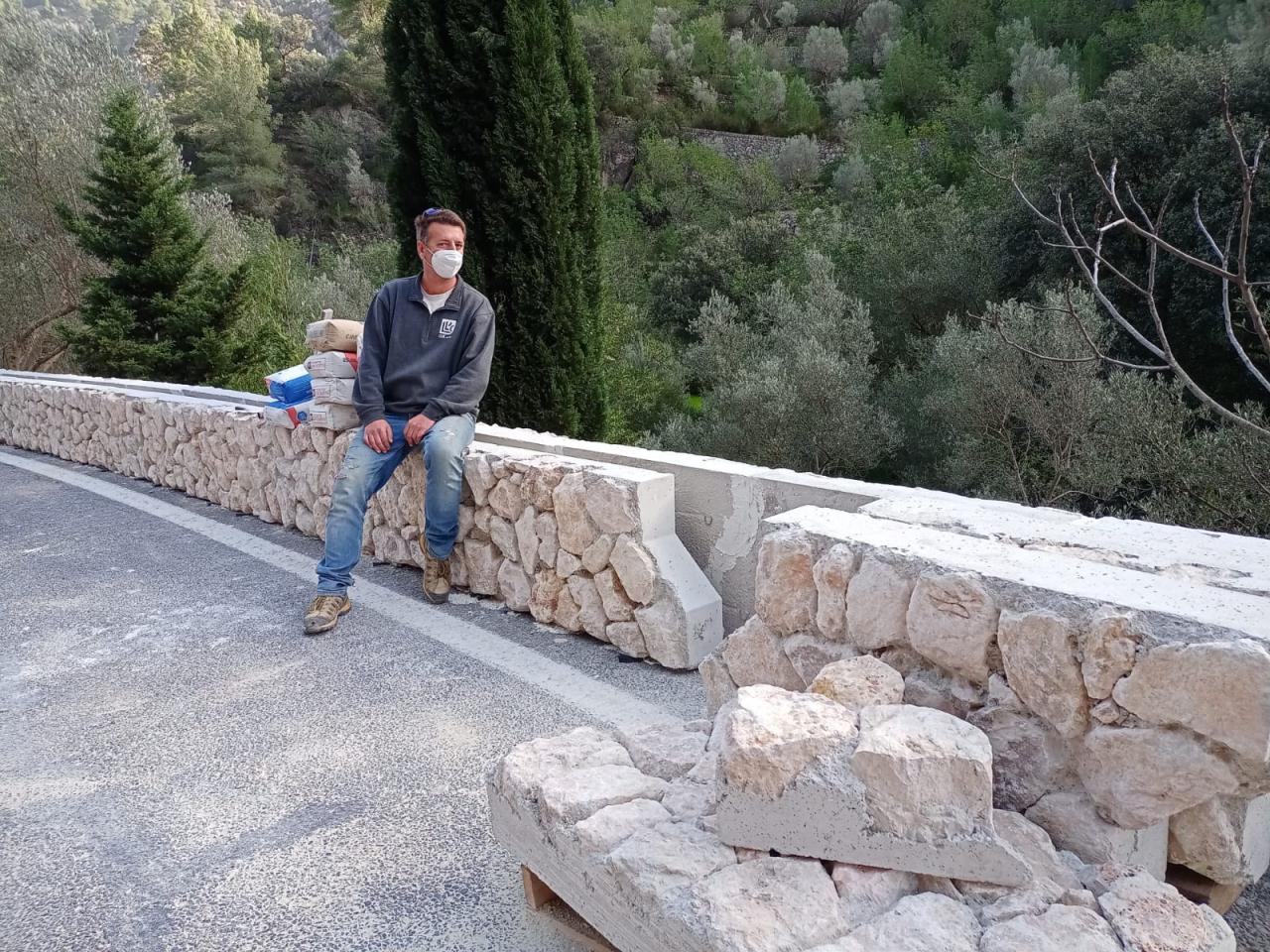 Indignation, an assault on history and landscape - all that history and landscape of the Tramuntana and the Unesco declaration with dry stone such a key component. What had happened was that the Council’s roads department was building something at the side of the Soller road - a prefabricated stone wall to act as a barrier. The Gremi de Margers (the guild of margers), the Arca heritage association, the Partido Popular opposition at the Council were just some to declare their outrage.

The spokesperson for the guild, Lluc Mir, said that this prefabricated wall not only outraged the margers, it was something that would destroy “our profession”. This was only a few weeks after the royal decree confirming the professionalism and even less time after Aurora Ribot had been confirming the Council’s commitment to the margers. Iván Sevillano, as far as Lluc Mir was concerned, had no idea about the trade and craft of the margers or about heritage. Moreover, he had shown that “he didn’t know how to do anything”.

The Arca association said that this went against the Unesco declaration and that it was incongruous that one department at the Council could be promoting the idea of a Landscape Observatory while another department was damaging it with a “vulgar imitation”, as the prefabricated wall was “fake marges”.

There has now been a “rectification”. Sevillano has expressed his commitment to the dry stone technique, albeit that the prefab wall will be replaced with a wooden barrier. But there should never have been the row. The work of the dry stone margers is as old as the hills; the island was built on it.