Our boy Brady Border Collie (his posh title) came with us to Majorca 7 years ago 100% healthy as far as we know. We researched and followed all the advice available to protect him and our girl Mollie Collie from the dreaded Leishmaniosis. Sadly he still tested positive for it a few years later. 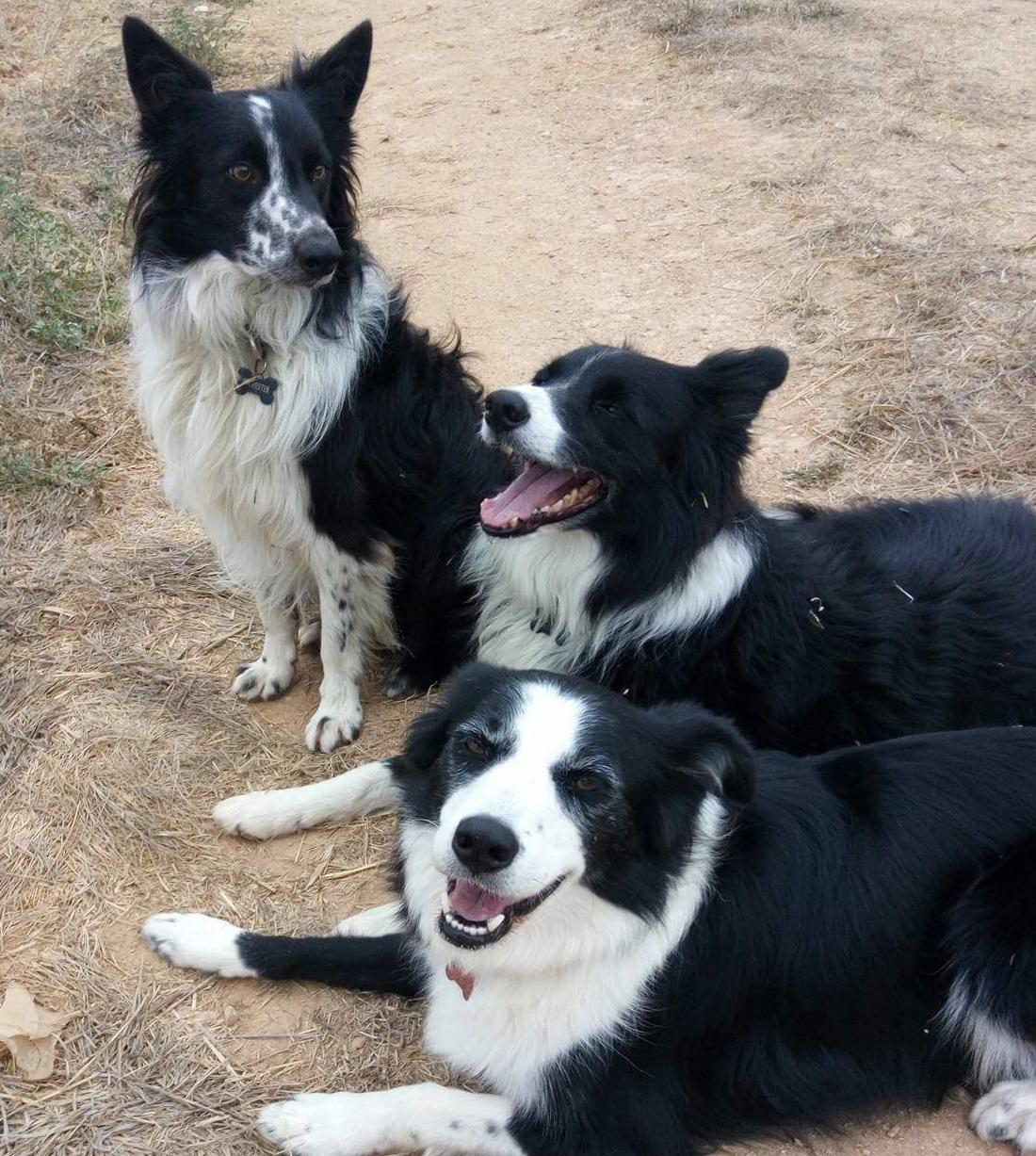 They both wore the recommended collars, and after the first two years also received the annual vaccine against it. It was not enough for Brady and he tested positive two years ago. It is entirely possible he was bitten by the sandfly before we started the vaccines and this is what helped to keep his infection to a minimum, but enough so we started to slowly see symptoms. We first noticed weight loss but he has always been a slim boy... then a slight lump near his lip, but what prompted testing was when his eyes looked a little red and began to be weepy, crusty and losing hair around them. Thinking it might be a variant of conjunctivitus, we took him to ‘Nick the English Vet’ and a quick ‘initial test revealed he was positive for Leishmaniosis.
We panicked but put our trust in Nick (ok I did look up some information and question him a bit, but he was patient and understanding!). Luckily all Brady had to do was tolerate half a tablet morning and night...hidden in cheese not so much of an effort! We also put him on a renal diet as his bloods showed his kidneys were struggling a little. After a years treatment his blood tests came back to show that the active Leishmaniosis was minimal and so we count ourselves and Brady fortunate, for a good vet. We have three dogs and Brady is the only one to have this disease we are not sure why as they are all treated the same...
I asked Nick if he would write us some information from a vet point of view : 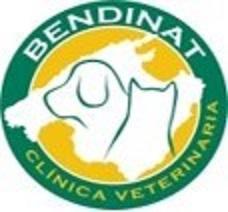 I arrived in Mallorca in 2001 and by the time we opened Clinica Veterinaria Bendinat in 2003 I had already become well acquainted with this nasty disease.
It affects dogs over most of the Mediterranean (Spain, Portugal, France Italy, Greece, Turkey, Israel, Egypt, Libia, Morocco etc.). And many other tropical and subtropical parts of the world. It can affect humans and other animals, but not as commonly as with poor old dogs. Cats can get it too but very infrequently.
The causal agent or “bug” which causes the disease is a protozoa, a type of single cell, mobile organism. And it is spread by a “mosquito”, hence the name “disease of the mosquito”, but it is not the normal mosquito but a small specific fly called Phlebotomus.

What are the common signs of infection?
The most common signs are weight loss and poor condition; dandruff, hairloss on their ears and face, little sores that don’t heal. BUT here in Mallorca I have learnt that anything strange, whatever it may be, we should do a test for Leishmania!
It’s almost impossible to avoid contact with these little mosquitos, as they are everywhere.

What should I do if I think my dog has Leishmaniosis?
Obviously you should take him to your vet as soon as possible. We can do a rapid blood test. (During February, March and April, here in Clinica Veterinaria Bendinat we have a spring offer of 50% off the test!!)

What does the treatment involve if your dog is positive?
There is no 100% cure but most dogs respond very well to the treatments and can live a happy, healthy life. Treatment regimes vary but depend on the severity of the disease and we tailor the treatment to each case.

Where do the sandflies come from?
They live in the vegetation of the island , i.e. all over ( but not on the beaches!!) They only live from spring through to autumn. And they are more active at dawn and at dusk- just when it is cooler and we want to walk our dogs!!!

How can I protect my dog?
Knowing the above we can try and avoid walking our dogs in the evening and early morning. Allowing them to sleep inside overnight will reduce the chances of them getting bitten. To protect them further inside we recommend plug-in antimosquito devices.
Very importantly, there are collars which have been shown to be very useful at repelling the flies and thus reducing the rate of infections.
There are also several spot- on preparations which help protect, BUT unfortunately nothing is 100% effective.
Over the last few years we have been using a vaccine which gives good protection (between 80-90%) but the best way is using a combination of mosquitos repellents AND the vaccine.
The best advice is : “ if in doubt, check it out”!!!!

If you have any questions regarding any of the above please do not hesitate to speak with us.
Nick Murgatroyd BVSc MRCVS, Clinica Veterinaria Bendinat, Plaza Bendinat (new motorway exit Bendinat). Tel 971 40 44 59.

Obedience training part 4 - what else can we do?

During the last weeks we first defined what obedience training is, we talked about how to teach it, then we discussed limitations now we have to ask ourselves “what else is there?”.

There are only three ways we can “deal” with our dogs:
1. Teach them, for example Fluffy learns not to jump at people when greeting them, this should always be the long term goal.
2. Manage them, for example we put Fluffy on a leash or into another room when receiving visitors (at least until he is trained)
3. Manage the environment, like telling people not to approach Fluffy when we think he might jump at them

Relying only on obedience training for some issues may lead to behaviour being suppressed rather than changed. In order to reliably change behaviour we have to make sure the dog understands that it is better for them to behave in a way that is compatible with the situation. To achieve this we have to consider the dog’s emotions underlying the behaviour; i.e. how the dog is feeling and not simply focus on the behaviour as such. Often we have to use very strong motivators that are different from the food treats we usually use, especially when the dog is not that food driven. This could be a tug toy or ball and, if we can, we should even give the dog what they really want.

So how does this work? Here is an example:
Karen has a large overly friendly and playful dog called Jess. Due to poor socialisation as a puppy Jess is very anxious in the presence of other dogs and pulls strongly towards them to “say hello” when on the leash.

In the attempts to resolve this issue Karen can resort to various methods:
1. Obedience training, like making Jess sit or look at her whilst walking past other dogs. Although there is a possibility this may lead to behaviour suppression it is a great interim measure.
2. Punishment, telling Jess off or tugging his leash when he pulls.
This may lead to behaviour suppression, and in the worst case even to Jess becoming aggressive towards other dogs as he is punished in their presence.
3. Getting Jess to accept the presence of other dogs without having the urge to suddenly pull towards them, which should be the desired solution (this is often referred to impulse control)
In order to achieve this impulse control a strict stimulus control will be required during the training sessions. This generally means that, in order to set Jess up to succeed, we have to start at a large distance to the stimulus “other dog” and probably with only one calm dog, gradually decreasing the distance and then increasing the number of dogs during the training sessions.
Jess will be rewarded when he manages NOT to “obsess” with the other dog(s). We can also start to let Jess do other things like jump over obstacles, search for treats or toys or general obedience exercises to “normalise” the situation for him, NOT to distract him from the other dog(s).
This should be carried out in a controlled environment with a long (at least 3m) leash.
With most dogs food may be used as reward, if this is not possible we can consider a tug or chase toy.
If possible Karen should consider to give Jess “what he actually wants” quite regularly as a reward, and, in a kind of trade off “you do what I want and then you get what you want”, let him go and greet / play with the other dog.
The more consistent Karen is in her approach the quicker and more reliably will Jess give her a desired behaviour when meeting other dogs.
Please visit our facebook page “perrocador” for more tips and tricks in training your dog. 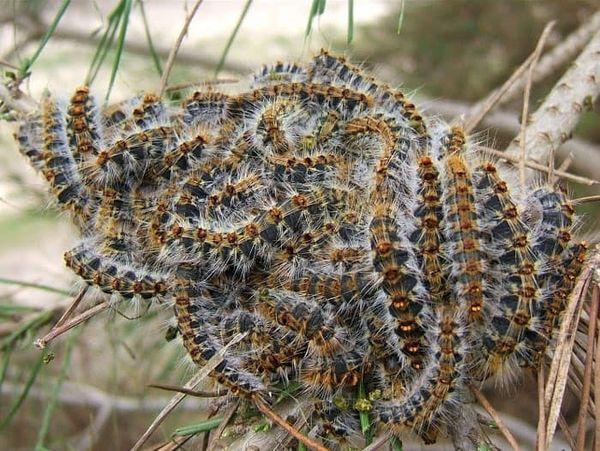 They are here again! Watch out for these nasties, they can be lethal to our pets (especially dogs) and cause us horrendous problems! Over in the Everything Dogs Mallorca facebook group Agnieszka Hunt put up a warning to remind us to watch out for these creatures. She Says: "Between now and April, once weather improves caterpillars hatch and come down the pine trees onto the ground. While walking your dogs, or walking with your children, please be on the look out for them!

"Never come up close, never touch them, never squash them with your shoes or pram wheels as when threatened they shed hair with poison on them which can last up to a year and cause breathing problems and a horrible rash on your body. I know first hand as both Toby and I ended up the hospital the first year we moved to Alaró. 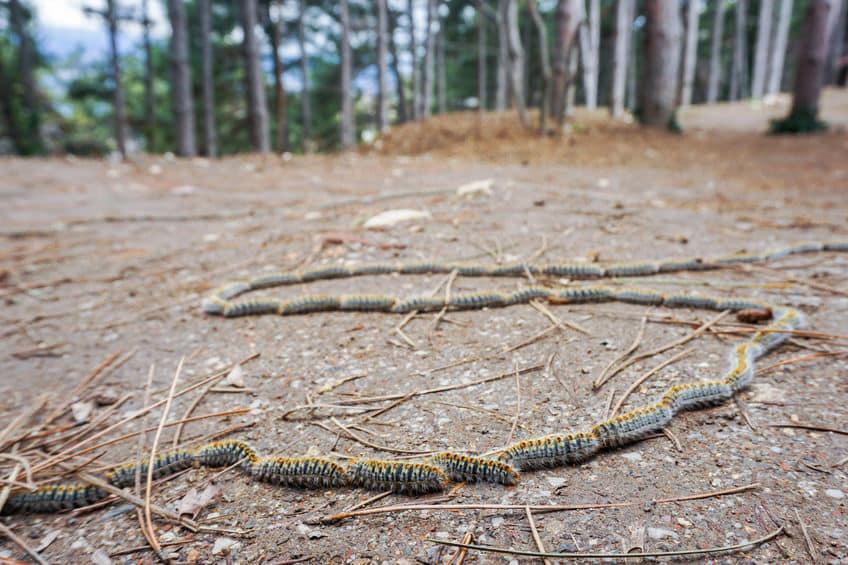 "If your dog has any contact with them, quicky rush into the emergency vet! In past years some vets were selling antihistamine jabs which would give you an extra 20 mins to get to the vet (Bulletin cannot confirm this). The caterpillar causes various injuries to dogs. The symptoms are similar to those of an allergic reaction. The tongue, oesophagus and stomach swell up. Eventually, the dog can't breathe and dies. In most cases this doesn't happen because they get to a vet in time, but the animal's tongue where it has touched a caterpillar suffers necrosis. Some lose almost all their tongue. Be cautious! Be careful!