THREE stories making the headlines this week in athletics, tennis and NASCAR all have links to the year 1981.

Starting with tennis, the Australian Open reaches its conclusion this weekend but it was tears of frustration and disappointment for Serena Williams after a straight sets defeat to Naomi Osaka in the semi-finals. Was her wave to the crowd as she left the court after her 77th appearance in a grand slam tournament another au-revoir and see you next year, or was it well folks this might be the last goodbye?

Williams has 23 grand slam singles titles and has been chasing Margaret Court’s all-time record of 24 since she last won in Australia four years ago. Only her older sister Venus (88) and Roger Federer (78) have played more grand slam tournaments. She has been in four finals since her last singles win and despite the pain of these losses, no one is saying this is the end of Serena Williams. Williams is the kind of athlete who is so relentlessly good, brilliant, gorgeous, talented and fabulous, she liberates others to do the same. She was born in 1981, by coincidence one month before Federer.

Around the time Williams was born, Sebastian Coe was ripping up the record books, including, that year, the indoor world record for the 800m. Two years later, Coe would break his indoor world record again with a time of 1:44.91, which has stood as the UK record for ever since, until Elliot Giles stormed to a 1:43.63 in Poland this week, becoming the second fastest man of all time behind Wilson Kipketer.

Such is the talent of British middle-distance running, that Jamie Webb, who finished second in the race was also under Coe’s British record. Typical, you wait 38 years for someone to break a record, and two come along and do it in the same evening.

“I’m still trying to process what even just happened,” said the Birmingham 26-year-old.
“It really does feel like a blur. I can’t believe I just ran 1:43 indoor. I am so overwhelmed by it all. Oh man. I’m on cloud nine.” Sebastian Coe liberated himself from the fear of being powerful beyond measure, and in doing so, gave others permission to do the same.

Every cloud has a silver lining, but in this case every silver lining has a cloud and that is the arms race in footwear that is seeing a rash of records in athletics in recent months. Giles’ best result so far is European bronze from 2016. Coe, the president of World Athletics is “pretty calm” about what some are calling technological doping with Nike footwear that helps the athlete conserve energy on every stride, but there is undeniable trend here. 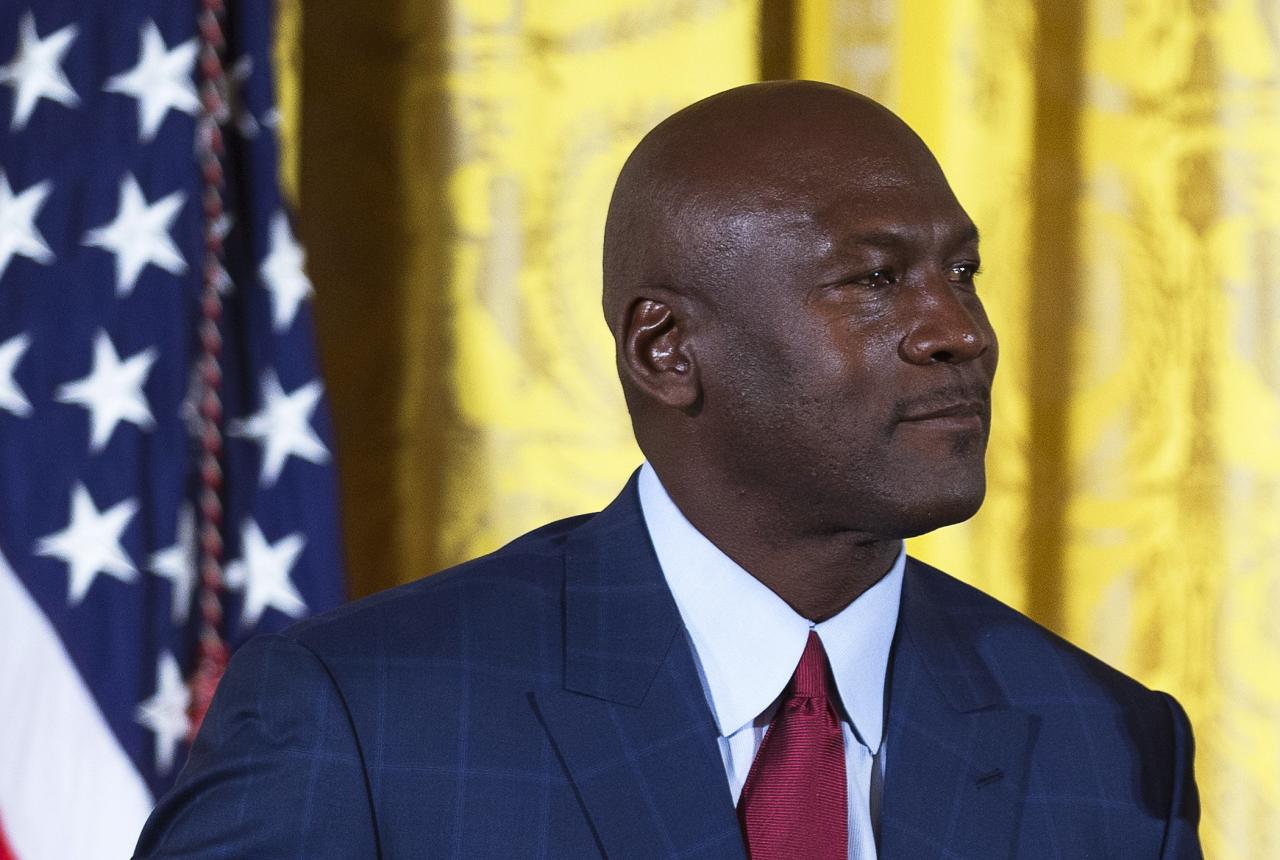 Also in 1981, Michael Jordan stepped on court for the first time as a freshman in his first year at the University of North Carolina. The 1982 final where North Carolina won the national collegiate title against Georgetown is where Jordan became Jordan. Lining up alongside future hall of famers and opposite Patrick Ewing, the game was a classic.

Down by one point and on their last possession of the game, Jordan received the ball. With 14 seconds left, he nailed the game winner that jumpstarted a career that would see him repeat this kind of heroics many times over the next two decades.

In September last year, Jordan became the owner of 32XI NASCAR team (pronounced twenty three eleven), and employs the only back driver in the top tier of NASCAR racing, Bubba Wallace Jr. The season opener was the Daytona 500 last Sunday and it was the first time since 1969 that a black owner and black driver started the race. Wallace briefly led the race at one point before finishing in 17th place.

Nascar has deep southern roots and after pressure from Wallace, the Confederate flag, seen as a symbol of racism, was finally banned from NASCAR events only last summer. Back in 2015, Wallace had asked NASCAR to go further than their request to fans not to bring the flag to events.

“No one should feel uncomfortable when they come to a race. It starts with Confederate flags,” Wallace said at the time. “Get them out of here. They have no place for them.”
Jordan is another who embraces the lines of the poem Our Deepest Fear, by Marianne Williamson, which starts, “Our deepest fear is not that we are inadequate. Our deepest fear is that we are powerful beyond measure.”

Jordan, Williams and Coe, lived their sporting lives in ways that enabled others to shine, as the poem concludes, “As we’re liberated from our own fear, Our presence automatically liberates others.”