On Saturday at the Sala La Fornal in Manacor, part of the network of “alternative theatres”, there was a staging of “Llum Profunda”. Journalist and singer Mariona Forteza conceived the idea. It is a “radiophonic report” with music and words.

“Llum Profunda” literally means deep light, but it is a translation of the title of a song that was released as the B-side to The Beatles’ “Lady Madonna” - “The Inner Light”. The lyrics came from a book entitled “Lamps of Fire”. Written in 1958, this contained a poem from the “Tao Te Ching”, a classic Chinese text, the origins of which go back to the sixth century BC. The song was the first George Harrison composition to be issued on a Beatles single, and the inspiration was the translation of that text by Joan Mascaró i Fornés.

In October 1967, Harrison and John Lennon appeared on the BBC’s “The David Frost Show”. Frost asks them: “What is the difference between a bliss experience through meditation and, assuming it’s possible, a bliss experience through drinking a bottle of whisky?” Harrison waffles somewhat, Lennon cuts to the chase and says that there is happiness from a bottle of whisky and from “going in there”, pointing vaguely at his stomach rather than perhaps his heart.

There is then an interruption by a gentleman in the front row of the live audience, who explains that pleasure from a bottle of whisky is transient but that “an experience of joy, the experience of a poem or of music, of contemplation of nature; we all can have it. It is a higher joy.” The gentlemen in question was Joan Mascaró i Fornés.

The discussion on that BBC show was about transcendental meditation. Mascaró had been invited because by 1967, although his name was far from well-known, he had acquired a certain celebrity. In 1962, he translated the Hindu text “Bhagavad Gita”, a 701-verse scripture from the second century BC, into English. Three years later, he translated the “Upanishads”, the Sanskrit texts revered in Hinduism. Mascaró was the Western world’s greatest expert on the sacred texts of Hinduism and Buddhism.

His influence went way beyond a Beatle, but his association with George Harrison is what - in popular terms - most attracts attention in Mallorca. In truth, the relationship between the two was fairly fleeting, but relationship there was, and it came about because of “The David Frost Show”. There was correspondence between them, Mascaró convinced of the virtues of a new culture and attitude, as summed up in certain songs by The Beatles - “All You Need is Love”, most obviously.

A pacifist, he urged other pacifists to wage war on war by opposing military aggression. The meeting with Harrison at the BBC studio offered him the chance to get his messages of humanity and Eastern culture across to a wider audience. In a letter to Harrison, he referred to “The Great Work”, texts from the Sanskrit tradition that offer illumination and fulfilment for all mankind.

It is said that it was Mascaró who urged Harrison to put the words from the “Tao Te Ching” to music. He had previously wished to contact Harrison, having listened to “Within You Without You” on the Sgt. Pepper’s album. “It is a motivational song and could motivate millions of souls. There are more milestones to meet. This is just the beginning of ‘The Great Work’”. 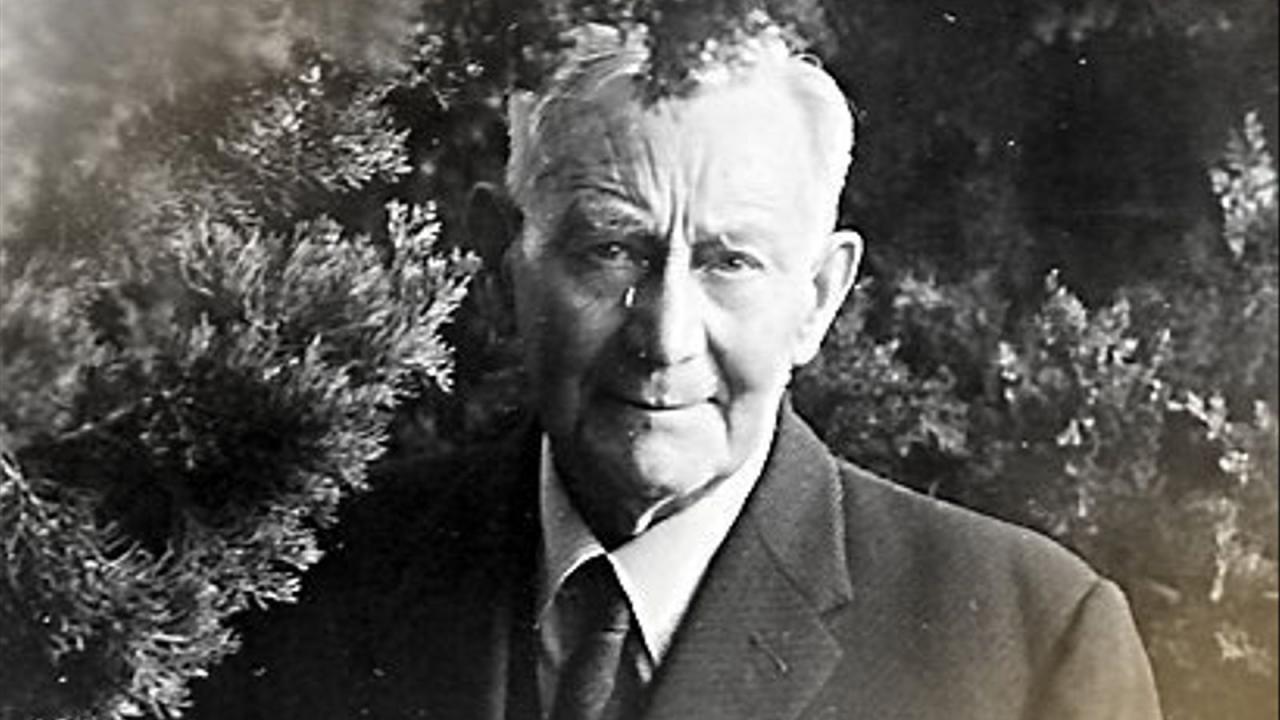 It is sometimes implied that Harrison stumbled across Mascaró’s works and that the association was essentially one-way. That wasn’t the case, as Mascaró had his convictions and he saw in George Harrison and The Beatles a means of getting them across. The generation gap was great. Mascaró was almost 70 in October 1967; Harrison was 24. But they shared beliefs. The relationship was mutually beneficial.

The connection with The Beatles was just one aspect of a fascinating life. Born into a humble farming family in Santa Margalida, Mascaró was 19 when his mastery of English brought him employment at the British Consulate. He was to find a patron in the notorious Joan March. Also from Santa Margalida, March hired Mascaró as a tutor to his son, and this financial support enabled him to study at Cambridge, where he emerged with a degree in English Literature and Classical Oriental Languages.

On the day that the Civil War broke out, he went to see the Republican mayor of Palma, Emili Darder. Soldiers blocked his way. He fled Mallorca to England. Darder was shot. On the BBC, he attacked the Franco regime. This was to mean that he became institutionally forgotten until a revival of interest in the 1980s.

But he was far from forgotten elsewhere. Among other things, he had in effect co-written a Beatles song.