At the beginning of the 20th century Soller’s orange production industry was thriving, but because the city is surrounded by mountains, it was impossible to transport goods and passengers to Palma.

Getting to the capital involved a difficult and tiring slog down a narrow, steep, dirt road known as the Coll de Soller, with rest stops at inns along the way.

Jerónimo Estades, Provincial Deputy and businessman, who lived in Soller called for a railway to be built between Soller and Palma and in 1893 he commissioned a study for a Palma-Soller railway line, with stops in Valldemossa and Deya, but the project shelved because of the high costs involved.

In 1903, Industrialist, D. Juan Morell proposed the construction of a Palma-Soller railway that would pass through the Sierra de Tramuntana via a tunnel underneath the Coll de Soller.

The proposal was rejected outright, but a year later, Jerónimo Estades resurrected the project and commissioned Engineer Pedro Garau to complete a study. His report was made public on November 15, 1904 in Soller, much to the delight of local residents who wholeheartedly supported the project.

The 020T was manufactured by the Falcon Engine & Car Works in Loughborough in England in 1891 and had the factory number 198. It was used for manoeuvres on the tram line that criss-crossed Palma and Estades renamed it the ‘María Luisa’ after his daughters. 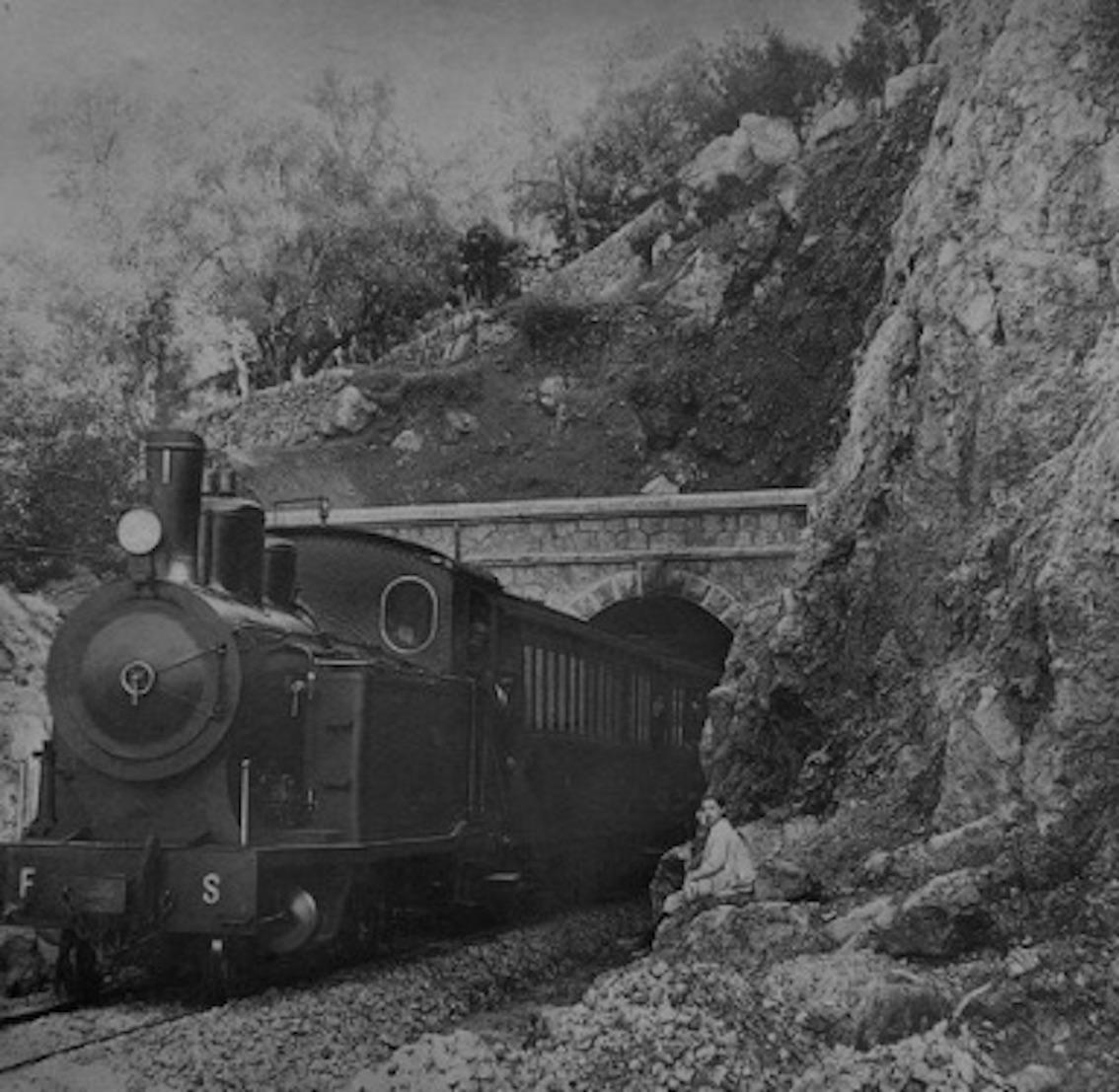 Track work began on June 3, 1907 in Palma and in Soller and a year later the Palma line had reached Bunyola, but the biggest challenge was yet to come.

The train track had to run underneath the Sierra de Alfabia via a 2,856 tunnel, which meant digging several holes in the mountain.

On August 19, 1911, the ‘María Luisa’ arrived at the ‘de’s Pujol de’n Banya’ viewpoint and on September 30 that same year the first train arrived in Soller.

An unofficial inauguration took place on October 7, 1911, when the ‘María Luisa’ pulled a saloon car into Soller with project leaders, Jerónimo Estades, Pedro Garau, and Antonio Maura onboard.

The official inauguration took place on April 16, 1912, with locomotives No. 1 ‘Soller’ and No. 2 ‘Palma’ carrying the inaugural convoy. Locomotive No. 3 ‘Buñola’ was stationed in Soller.

All of the Ferrocarril de Soller rolling stock was up and running from that day, which included 3 Maquinista Terrestre & Marítima locomotives and 6 cars manufactured by Carde & Escoriaza.

The M.T.M. No.4 ‘Son Sardina’ locomotive was operational by the end of August 1913 and 4 cars ordered from Carde & Escoriaza arrived the same year. 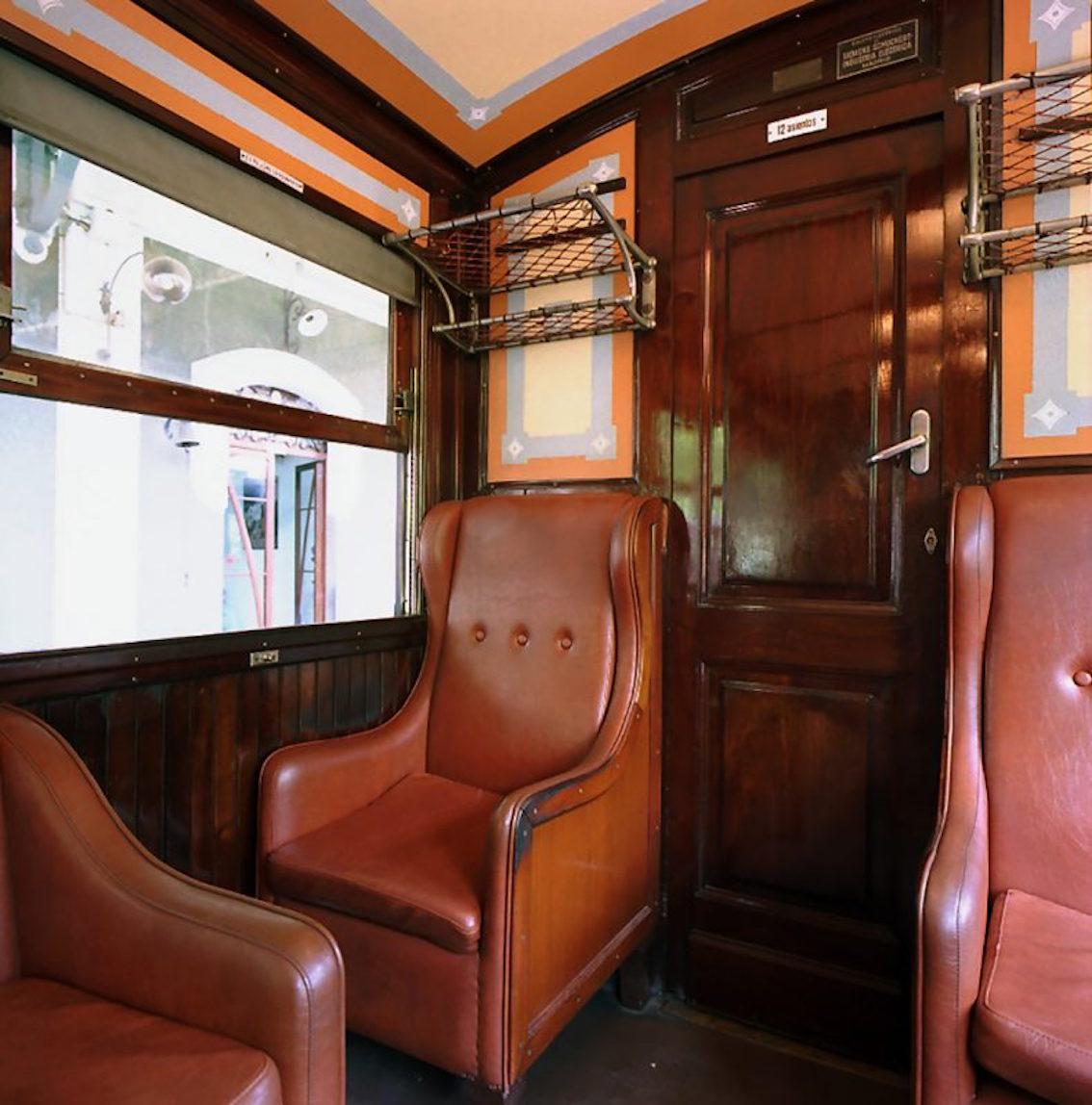 The vintage wooden train to Soller was inaugurated 109 years ago and is one of Mallorca’s biggest tourist attractions.

Around 1 million passengers a year hop on the train, which leaves from the Ferrocarril de Sóller station next door to Estació Intermodal in Palma several times a day and chugs through more than 20 miles of stunning countryside with staggering mountain views. It stops in Bunyola long enough to jump off and take some photos. 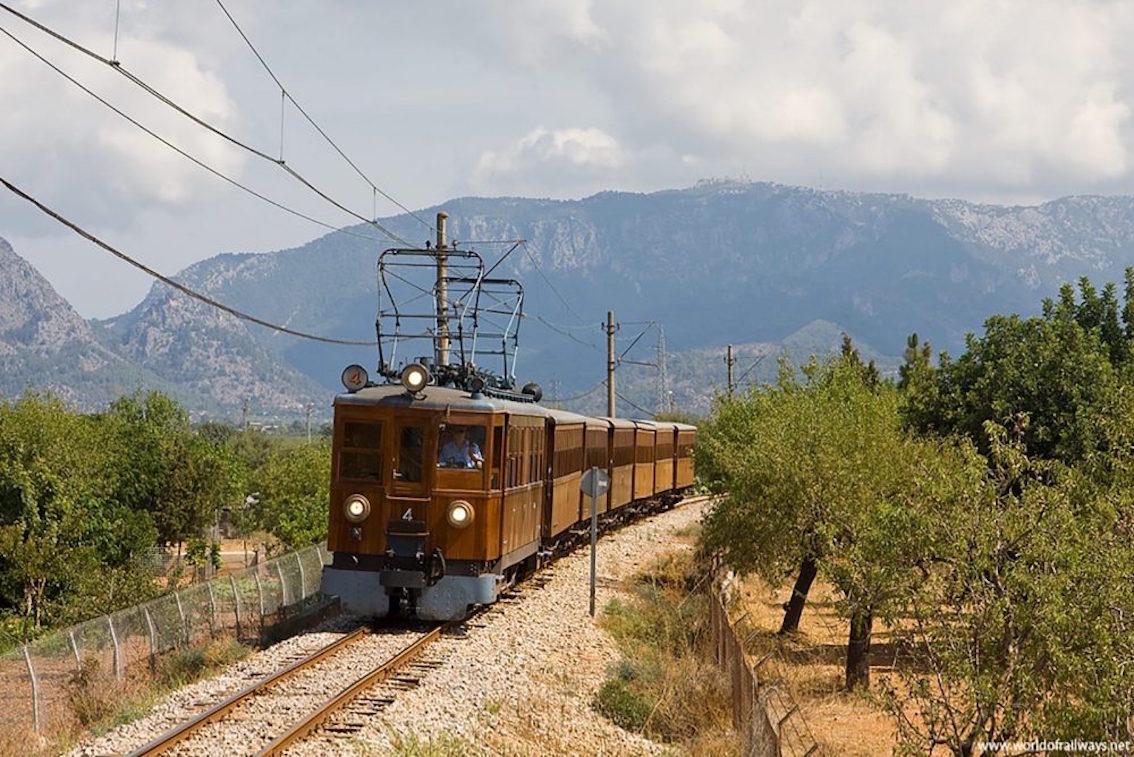