It must be said you would need a magnifying glass to find it, but on the top of the mountains a little dusting. A miserable Saturday morning saw many at home catching up with the chores of life. The forecast said the sun would return at 4 pm and then we could go out to play again. The weather forecasts are quite sharp these days and that’s exactly how it happened in the Soller Valley.

There is government talk going on right now about the rights and wrongs of imposing any curfew once the State of Alarm is lifted. I make no comment on that but the imposition of rules is becoming a worrying trend. For instance, the tiny bit of snow on the mountains provoked a ban on using the mountain roads. Sollerics love to go up the mountain to see the snow sights but on this occasion there was little to be seen. Why on earth did someone think a ‘ban’ was in our best interests? Unreasonable and ‘just because I can’ rules are just asking to be broken in a democracy. 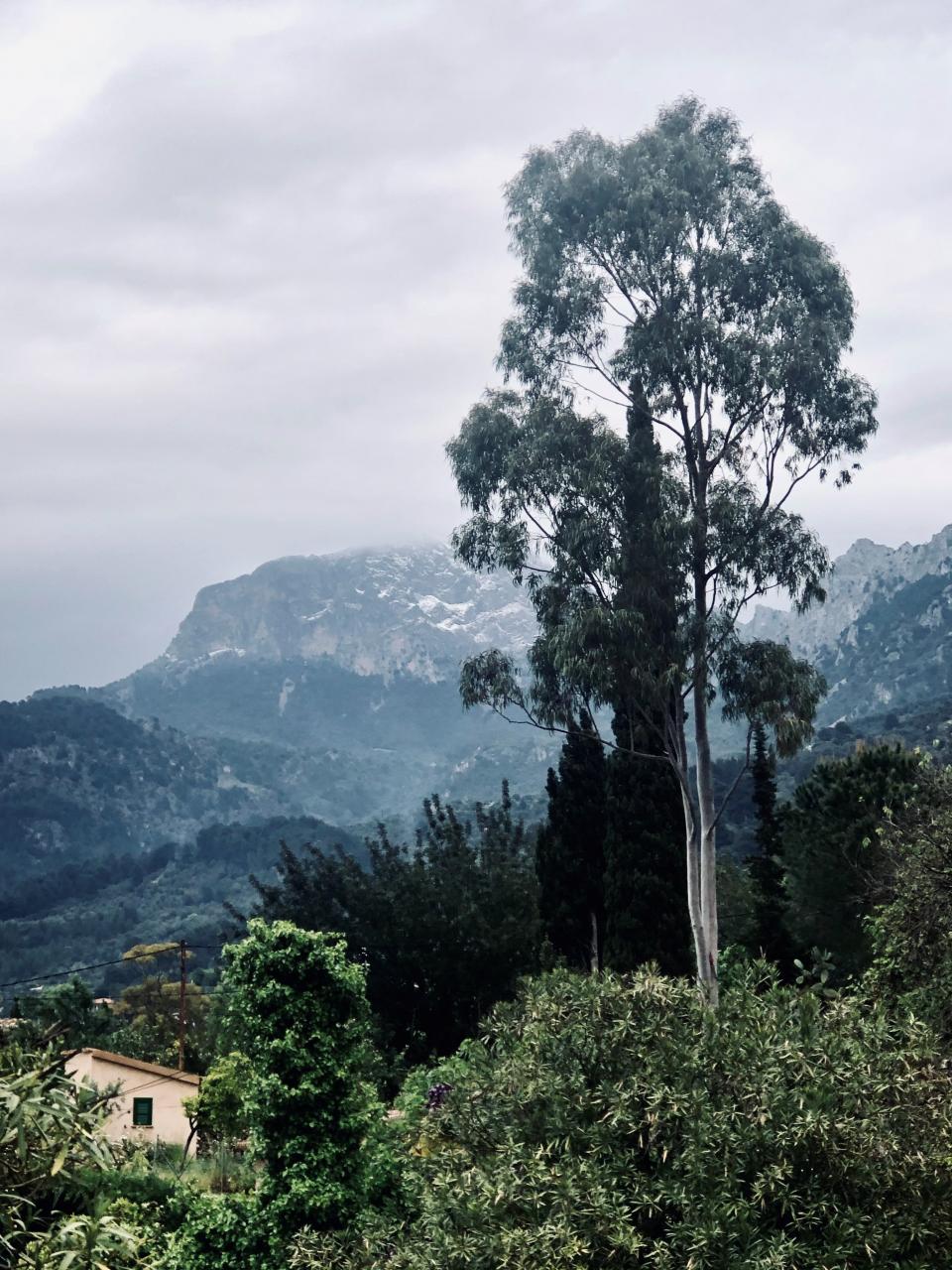 The Soller Valley continues to be full of builders, cranes and ladders as deadlines are coming up soon. All the absentee homeowners who left projects with builders will be here soon. Many from the UK are hoping they can come after May 17th and Germans are still arriving now. The builders have been the busiest workforce of all over the past 12 months. Some have taken on more than they can deliver. Apart from the angst in the background, once the scaffolding comes down we can all see some great work has been done this winter.

The walks of Fornalutx have occupied me this week. Dodgy knees mean I have to pick my walks these days and walking down is often painful. The walks that the Fornalutx bus allows means that I can walk up, pain free and then catch the bus back. I am old enough to remember the time when no bus went to Fornalutx and there were few taxis in the village.

These days there are six buses each day with the first one being at 7 am and the last at 5pm. The route is from Fornaltux to Soller and then on to the Port of Soller. The price structure and tickets have all been revamped and you have to know the rules.

For visitors and those who do not want to make the huge effort to get a Bus Pass (equivalent to and Oyster Card in the UK). You must remember that no bus driver wants your cash, if you insist on paying this way your ticket will be twice the normal price. The computers and clever people have designed a system, alongside the new buses which say that a card is king. This is your normal contactless card which you must tap in and out of the bus with. The computer will do the calculation and you will be charged a fare, similar to last years’ prices. If you don’t tap out of the bus you cause consternation with the computers mechanism and you are charged extra.

The key is to understand the rules and then all will be grand. The new buses are fabulous, the extra buses on the timetable are appreciated and all has the potential to be just fine. Please, just don’t try and pay with cash – you have been warned…

We learned last weekend of the demise of the seafront Altamar Discotheque. This has caused a collective outpouring of sadness from those whose soundtrack of their young lives happened here. This place was always the late night place for many young visitors on holiday or staying at their parents second homes. However, it was much more important for the Solleric young people who gathered here. They were to be found here at weekends in all seasons and celebrated Christmas, birthdays and growing up in this place. It was a rite of passage to be considered old enough, to actually get in.

This means that, right now, there is officially nowhere to dance till the early hours left in the Port of Soller. We all know that this is just not going to be allowed and already those with cash and ideas are circling. The question is what does the class of 2021 want and what do the Brand Managers want to give them? Interesting times as we watch this one develop.