Nesting of a Black-winged stilt female in salt pans

With a confident walk, long legs and an elegance that catches the eye - sounds like a profile for a dating site, but if there was such a thing in the avian dating world, this would be what a Black-winged Stilt could sound like. They are indeed eye catching and do walk with elegance on long legs. 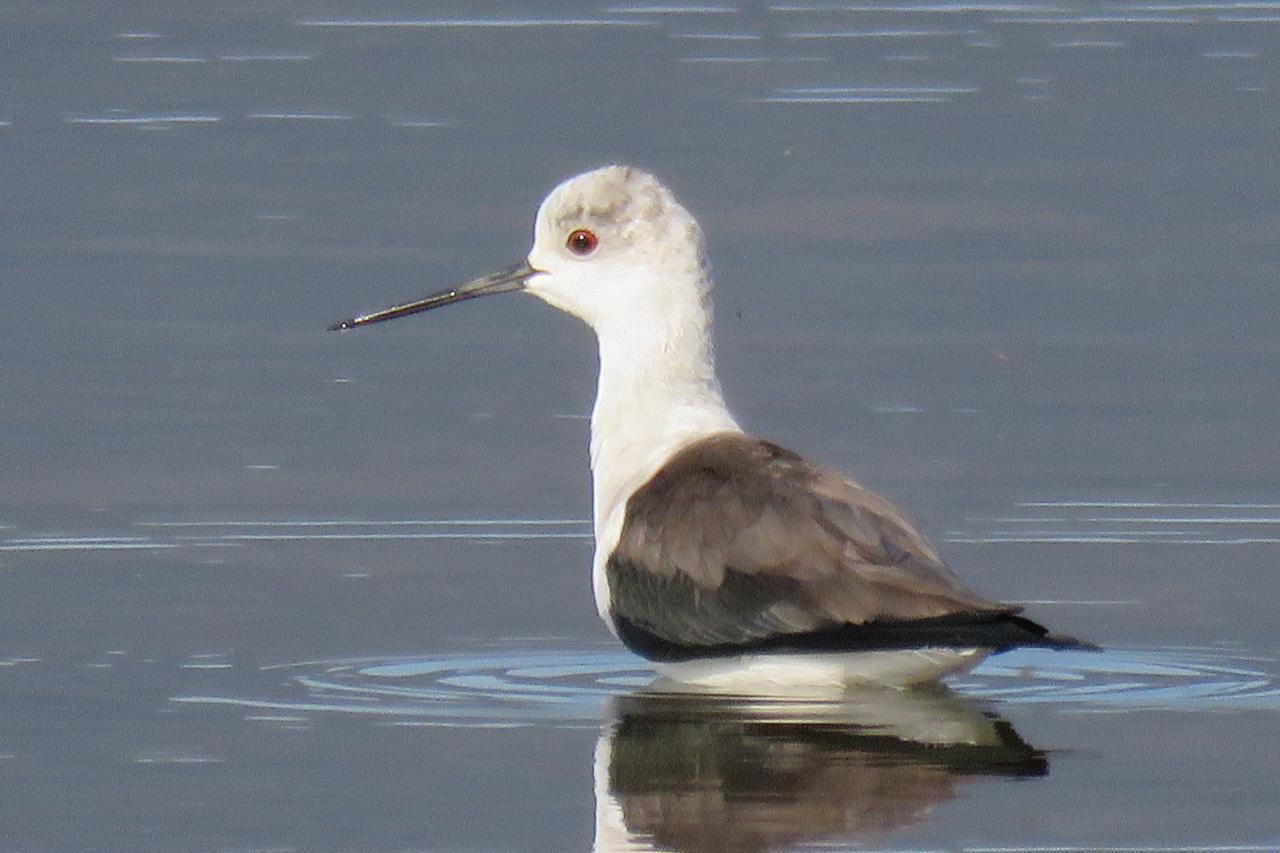 Every time I watch a stilt at the nest site, about to sit on the eggs, I laugh as they have to literally bend their legs which look like they are about to snap. Even when sitting, the legs look long and a funny shape. My first ever stilt was in Norfolk in the 1980s where one frequented a reserve there for some time and affectionately became known as 'Sammy the Stilt'. But back then I was just starting out and the views were not the best. Fast forward to my time on Mallorca and I have enjoyed innumerable sightings of these stunning birds.

The Black-winged Stilt (Himantopus himantopus) is a widely distributed very long-legged wader in the avocet and stilt family (Recurvirostridae). The scientific name (Himantopus) comes from the Greek meaning 'strap foot' or 'thong foot. In some regions it is also called the Pied Stilt. They are great fun to watch and walk gracefully with delicate but long steps. They have the longest legs proportional to their size of any bird. Its long slender bill is used to snatch at tiny insects in the air and amongst the surrounding vegetation.

They prefer areas with high invertebrate populations, so it is not surprising to see them frequenting habitats such as the Albufera and Albufereta Marshes and the salt pans at Sallinas de Llevante in good numbers. They do not tolerate human disturbance, but they will accept the presence of visitors who do not interfere with them, and this can be shown when sat in a hide quietly watching them, where they can feed close in allowing for some excellent views (and photo opportunities).

Varied and short 'nasal' calls can alert one to their presence, and despite being a medium sized bird they can be well hidden behind Sedges and tall grasses on the marshes. They have a length of 35 - 40cm and a wingspan of 67 - 83cm with a weight of 140 - 220g. 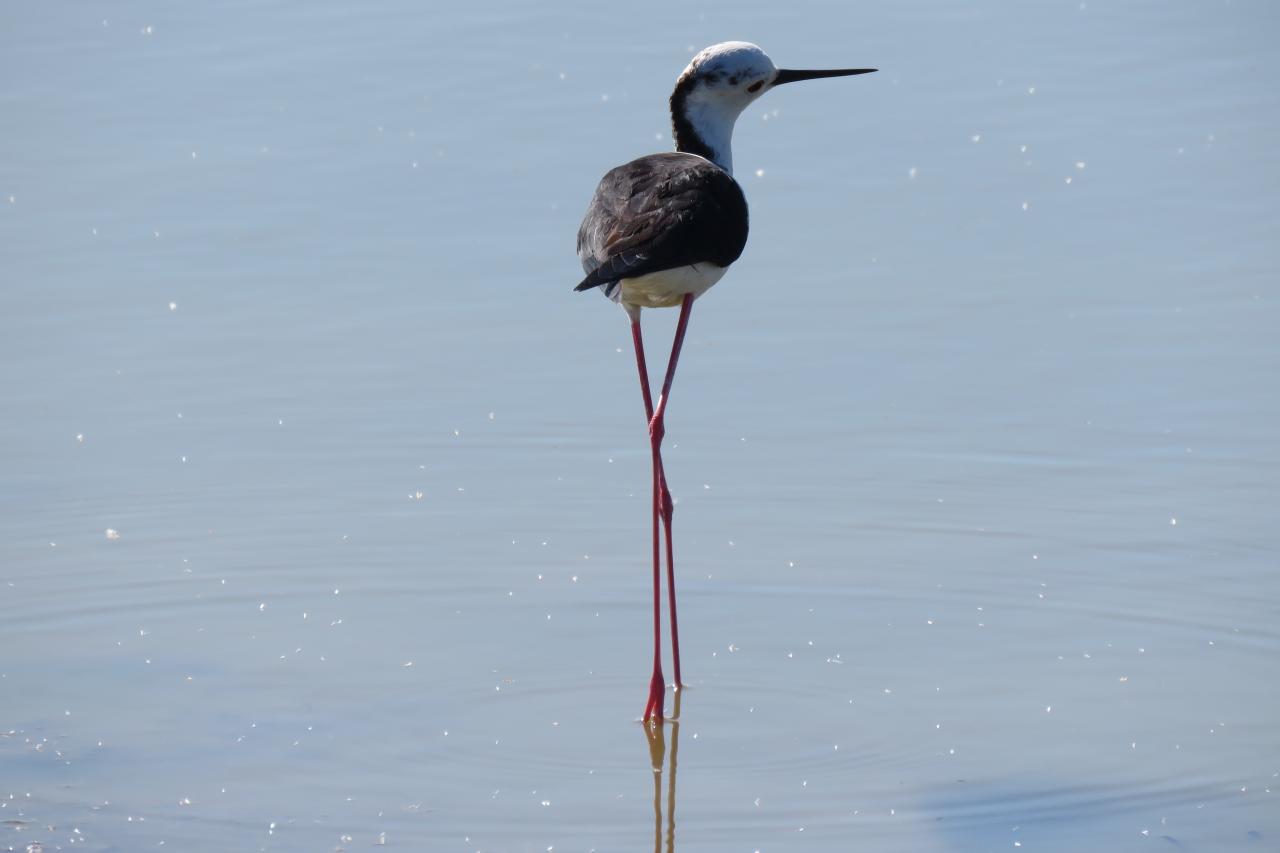 Coastal lagoons, shallow lakes and saltpans also form their varied habitat where they will nest either solitary or in small colonies - sometimes with Avocets. The nest is a simple bare spot on the ground near to water where four smooth pale brown eggs are laid (with black blotches and spots). Small aquatic invertebrates form their diet and are picked up from the sand, on the ground or from the water itself. Black-winged Stilts were high on my 'to see life list' when I first visited Mallorca, and on day two of my first ever visit the Albufera Marsh was our destination.

It was from the CIM Hide close to the reception that I saw my first ones and I was overjoyed. They looked exactly like I thought they would only prettier with a deep red eye, and those amazing legs gave them an almost comical-like appearance. I also noticed they were quite a nuisance to the smaller waders who fed too close, shooing them out of the way.

It is an unmistakable bird identification wise, being predominantly black and white (or pied). The wings and mantle are black and the underside is white. The black on the head can be variable in some birds.

In flight, the white rump and the long white wedge on the back show clearly - as do the trailing long pink legs. The head may be all white or show varying amounts of black. Both sexes are similar except that a breeding female usually shows a pure white head and neck. Juveniles are paler on the mantle than the adults.

The Black-winged Stilt for me is one of those birds that no matter how many times you see them, you find yourself watching them for a while, and sat either in the Bishop 1 hide or the CIM hide at the Albufera (my two favourite hides on the reserve) have given me many hours of relaxing birdwatching, where not only the stilts are active, but there are a host of other species to watch as well.

A typical April morning for example could see Shoveler, Mallards, Gadwall, Moorhen, Coot, with Purple Gallinule along the edges if you're lucky), Grey Herons, Cormorants, perhaps some early tern species on migration and a mix of waders such as Ringed and Little Ringed Plovers, or a Marsh sandpiper if your there at the right time, Wood Sandpiper, Common Sandpiper, Greenshank, Common Redshank, Spotted Redshank a possibility and who knows what else may turn up? I do get a kick out of being in the hide with someone else and they ask what a particular bird is. It is a good feeling teaching someone what is out there and seeing their face if it is a species new to them. 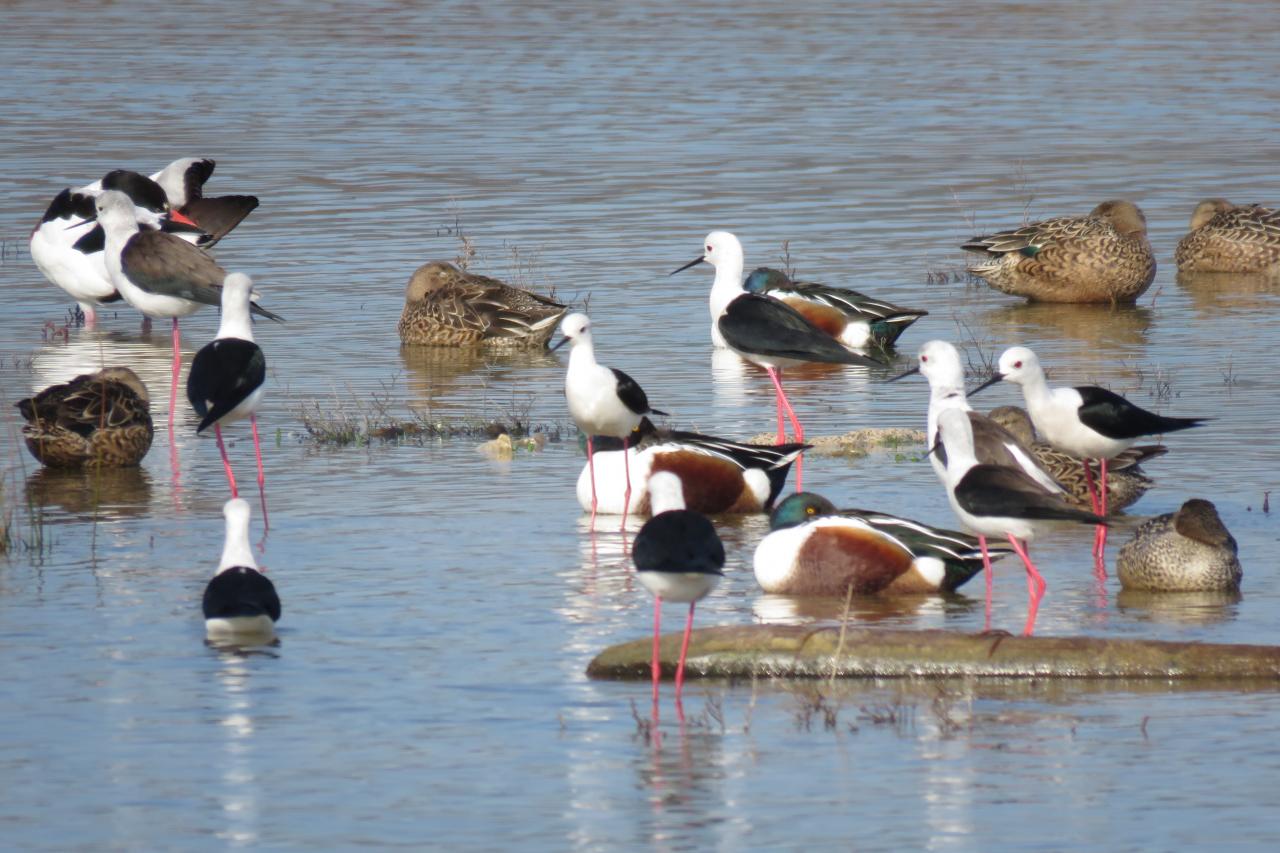 Evening visits to the viewing platforms at the edge of the Albufera and the nearby S'Illot site have given me some great moments watching the stilts as they start to settle down for the evening. At the S'Illot waterworks site, artificial rafts have been placed on some of the lagoons which is a great conservation effort by the park wardens and waterworks staff.

Here, several pairs of stilts can be seen at the nest sites on these rafts which gives a chance (with a telescope) to see the eggs and chicks as they adults come off the nest - and also gives you a giggle as they sit back down again, bending those long legs in a way that always looks like they are about to snap. The next time you see a Black-winged Stilt, check out that deep red eye. Happy watching.