If you’ve never eaten chargrilled sweetbreads at one of the island’s Argentinian or Uruguayan restaurants, then you don’t know how delicious this throat gland can be. If you want to try them at their best you should head straight to RamBar.

Not that RamBar is an Argentinian restaurant, but this up-market place has always had an Argentinian head cook and his chargrilled sweetbreads never fail to be superior to those at other eateries.

I once recommended them to an English sweetbreads freak and he asked for a double portion. The waiter talked him out of that. But he said they were the best he had ever eaten — and returned next day for a repeat. 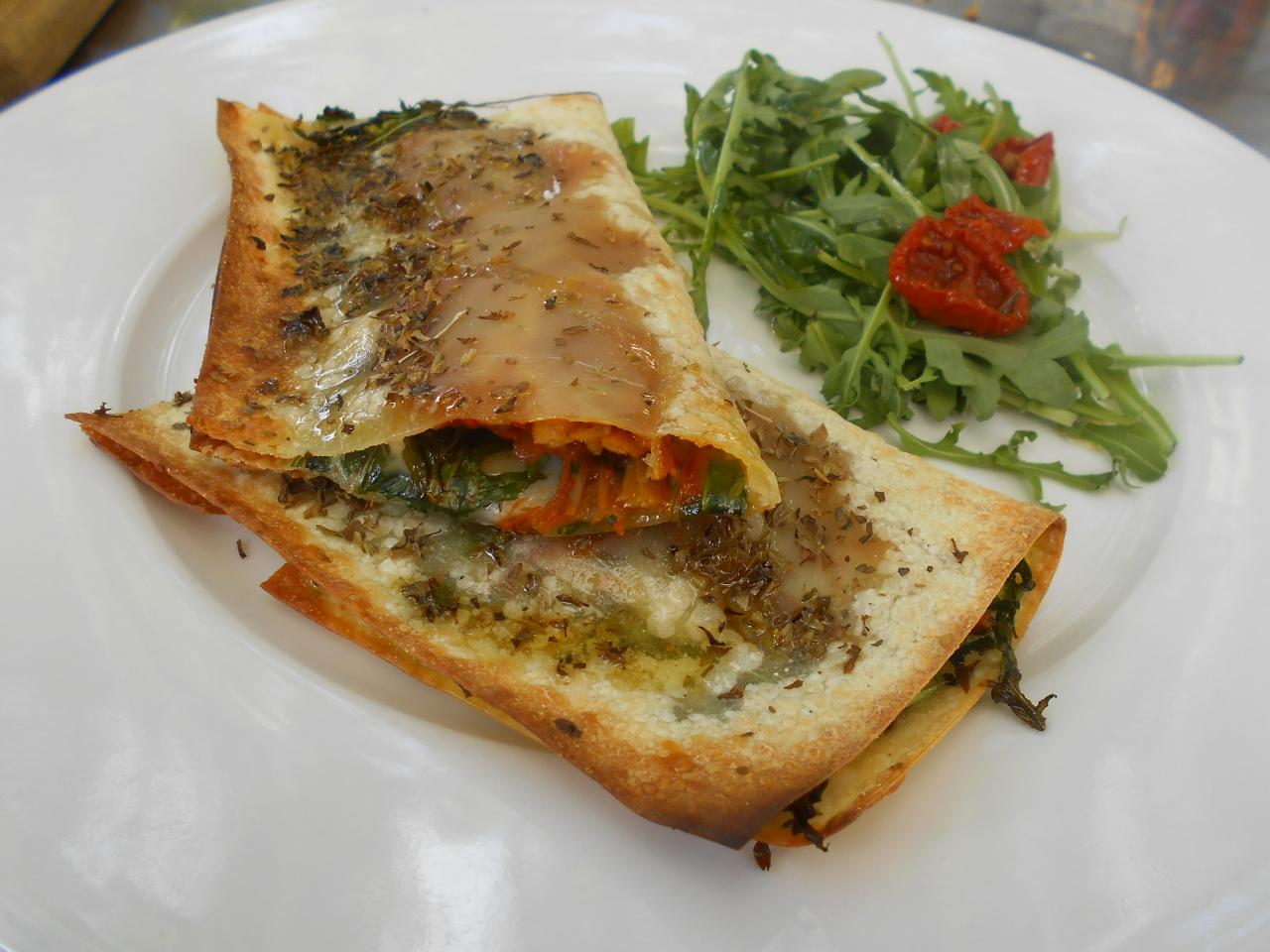 Argentinian cooks know their sweetbreads and the main reason theirs are always so perfect is that they do them at the correct temperature and for the right length of time.
The result is that an Argentinian’s sweetbreads are light, tender and bursting with flavour. In more than 40 years of eating sweetbreads chargrilled by Argentinians, they have always been very good…or better.

What made these sweetbreads so special was that they had a spongy touch I don’t always come across. That made a big difference. And this was a starter on their new menu, not an à la carte dish.

Our other two starters were nice but they weren’t anywhere near the 10-rating standard of the sweetbreads. The beans and salt cod salad was cool and fresh but somewhat light on salt cod.

The Russian salad with gambas wasn’t a classic version but we enjoyed it immensely. The two gambas were biggish ones, beautifully cleaned and with a terse flesh that came over crispish and tasty.

I was looking for a photogenic mains and the waiter suggested a crisp stuffed pancake, but it wasn’t very photogenic and I found it too crunchy. A piece of chargrilled boneless chicken with herb butter was a simple unfussy mains.

The nibbles-appetiser of tomato salad, alioli, olives and a slices of a superb crunchy French loaf was the equivalent of another starter.

I went to RamBar with top cook Koldo Royo who has been doing super-fast recipes on internet. His camera team does TV commercials and has edited the recipes so that they come over at the speed of bullets from an automatic rifle. 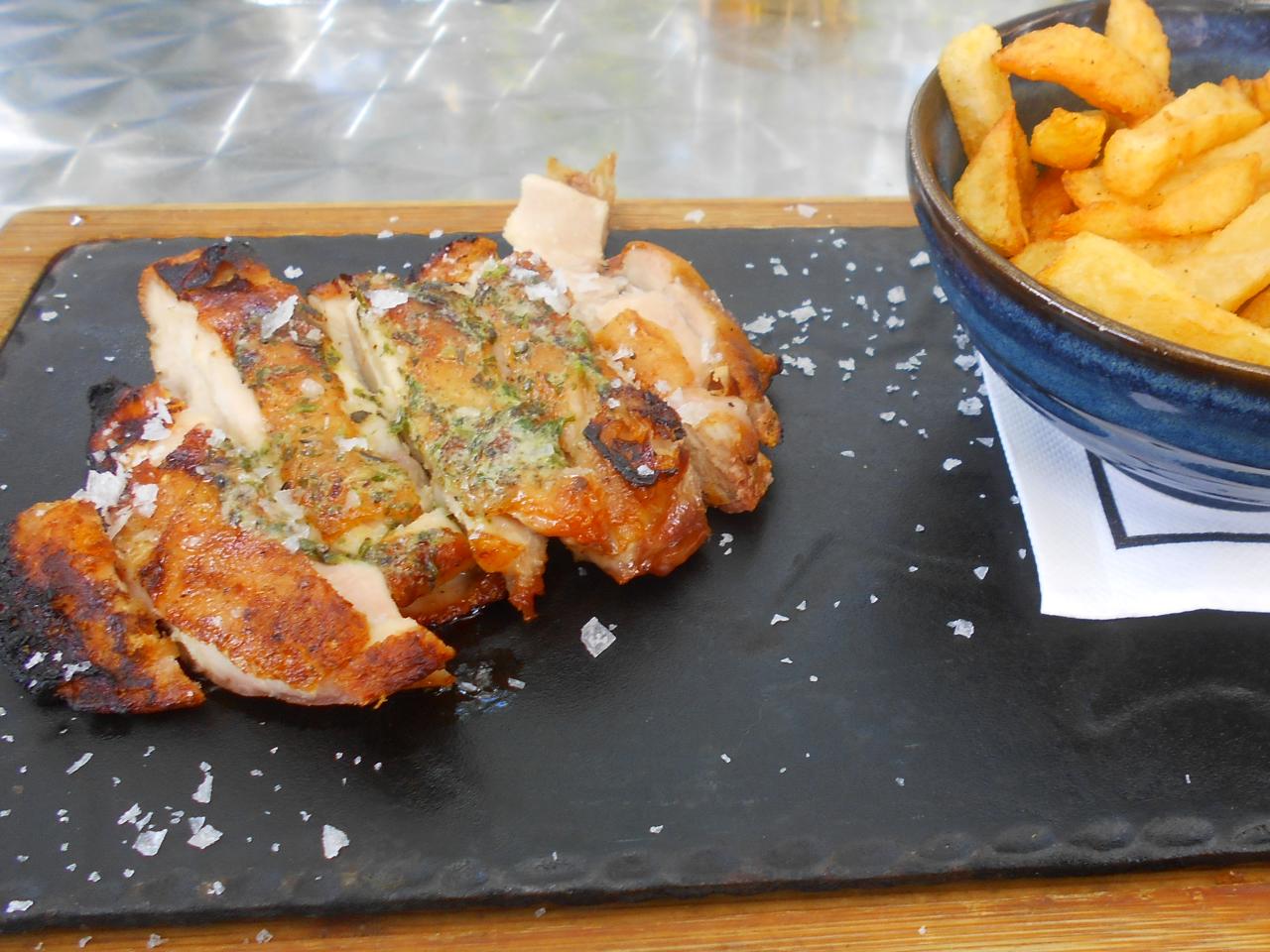 He showed me a couple on his mobile phone and I was absolutely fascinated. They are ideal for the internet culture we have created, in which everything has to be short and snappy. You can see these recipes on @koldoroyo, @chefkoldo, tiktok and Instagram.

The RamBar owners have set up a charismatic restaurant-cocktail bar that is up-market in every way — except that they serve their cañas and bottled beer (Koldo’s gluten-free beer cost €3) in the most awful tumblers I have ever seen. Even rundown bars on the outskirts of town use better glasses than RamBar’s.

But you’ll hear no more complaints from me — because I shan’t be returning to RamBar (or any of the other Tast Group restaurants) until they start using a proper kind of glass for the beer. I’m not asking for a Riedel glass, just something decent. 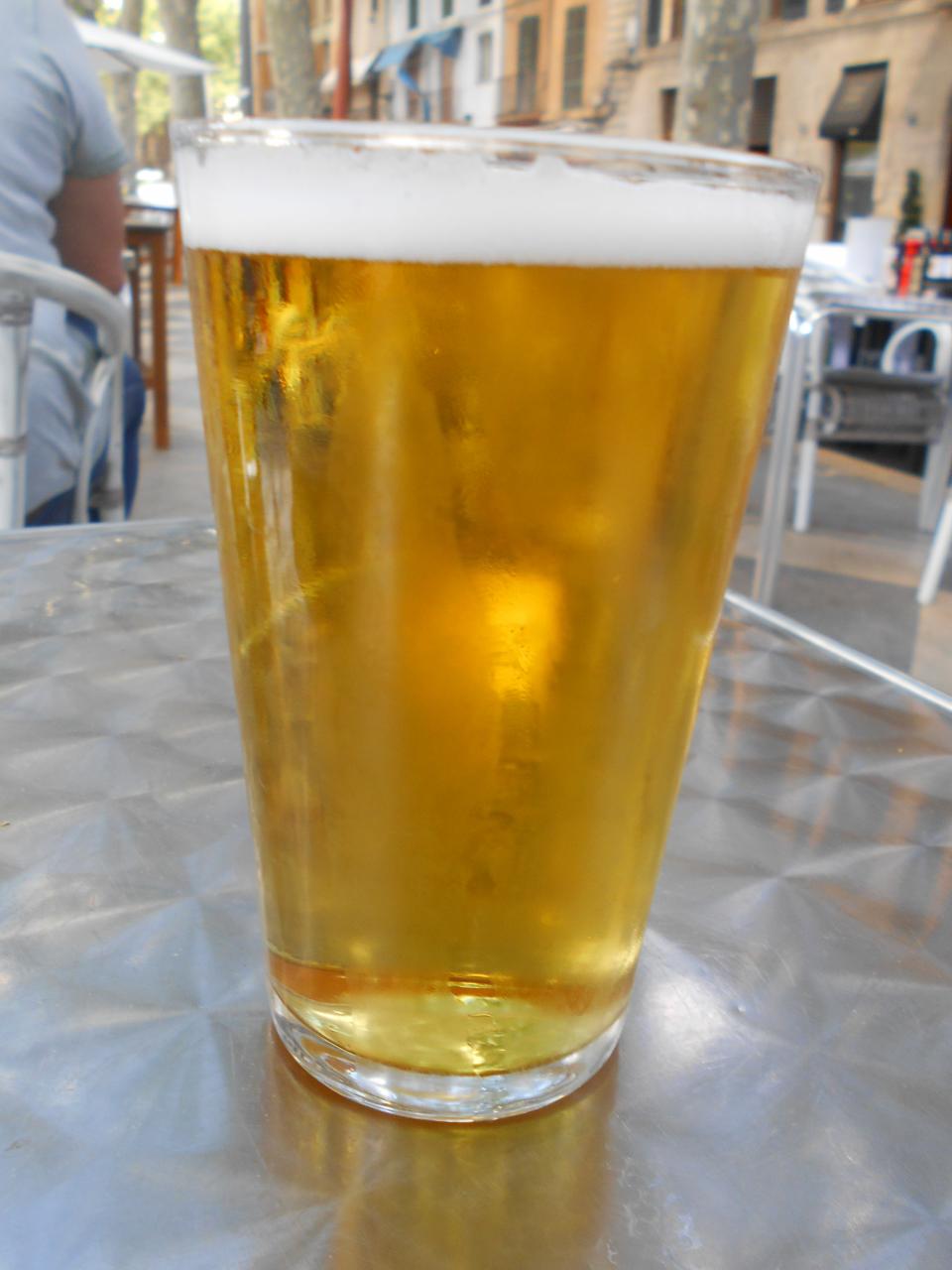 A move towards new style menus

The old menú del día has been undergoing changes for some time. In the beginning restaurants offered a choice of two starters, two mains and two desserts, with bread (it came to the table before anything else) and half a bottle of wine per person.
As some of the wine in those days was a bit rough, the restaurant provided (free of charge) a bottle of lemonade (gaseosa) to temper it.

If four regulars were eating together, the waiter automatically brought a bottle of white and another of red. If more red than white was being consumed, then another bottle of red appeared. If they ended up finishing off the three bottles, there was no extra charge — even when someone pointed out they had had three bottles of wine instead of two. Can you imagine that happening today?

When the tourism boom was underway in the early 1960s, central government in Madrid decreed that restaurants serving fixed-price meals had to call them tourist menus and they had to provide starter, mains, dessert, bread, and a drink.

The tourist menu soon became known as the menú del día and at a much later stage (when Spain was member of the European Union) the price had to include VAT.
In more recent times, some restaurants have been trying to make their menús del día more appealing and have introduced different formats.

We saw last month how the Gastrobar Saratoga (in the Paseo Mallorca) offered a menu with 24 dishes from which the customer chooses one (for a simple menu at €9.50) or two (for a full menu at €16.50).

The Gastrobar cooks provide dishes I don’t see in other restaurants and even had pasta (strosapreti with saffron and courgettes) which I have never seen before.

RamBar’s new menu is distinct and most attractive. They have three prices: €18, €24 and €32. In each one there is a choice of six mains and each table shares nibbles consisting of bread (slices of an excellent crusty French loaf), tomato salad, alioli and olives), plus a choice of three shared starters (from a list of 11) and a mains. 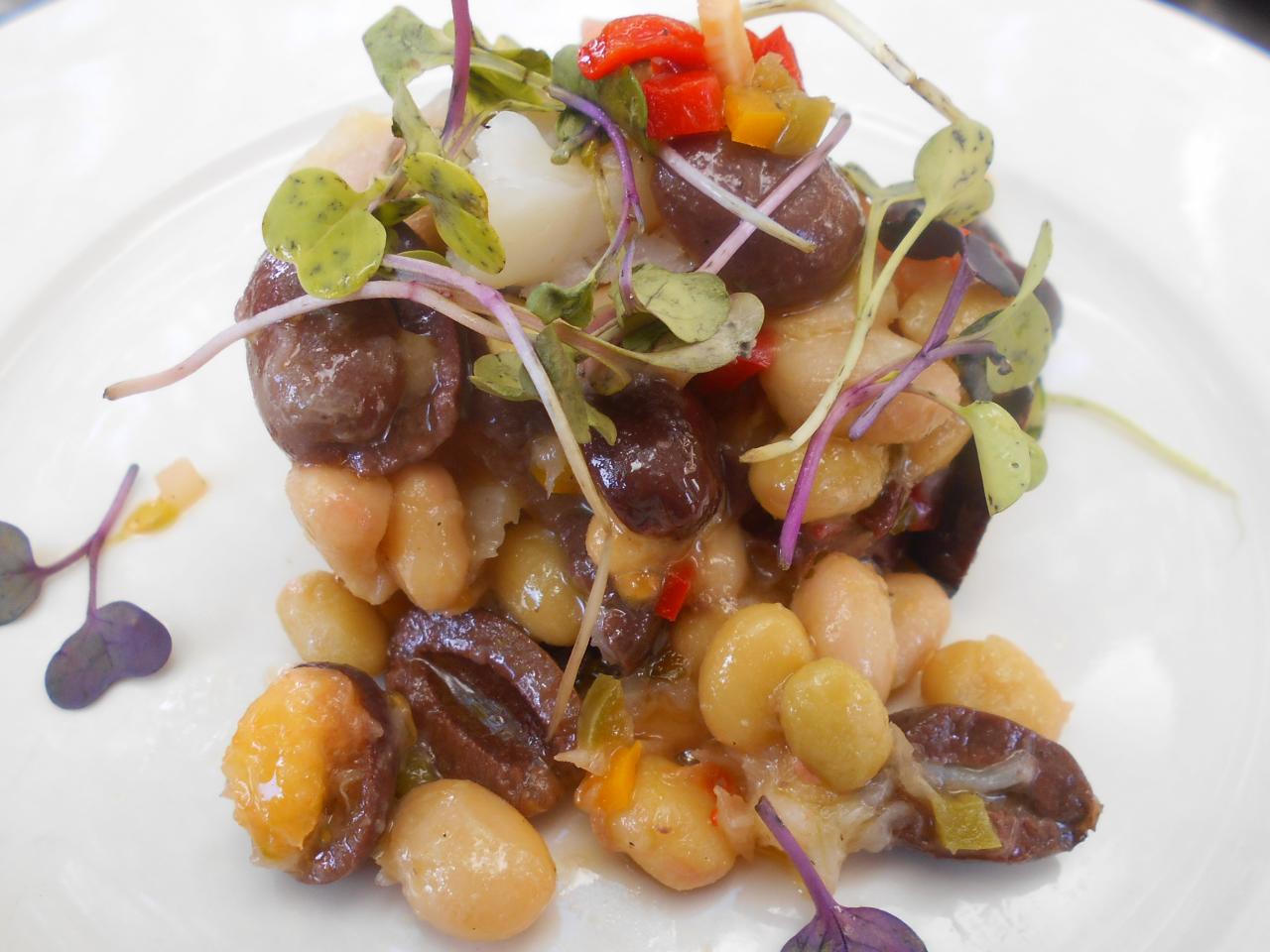 On the €32 menu the choice of mains is from six top quality cuts of beef, including fillet steak. For a table of three, the mains can be a porterhouse or tomahawk. Two diners can share either of these two cuts by paying a supplement of €9 each.

Given that the à la carte price of a tomahawk is rather high (usually about €60 a kilo), according to my arithmetic, a tomahawk for two on the €32 menu is actually a good price even with its supplement of €9 per person. And it comes with the advantage of being done by an Argentinian who is a chargrill expert.

Several of the new-style fixed-price menus are available in the centre of Palma and I especially liked the one at Gastrobar Saratoga (24 choices for starter and mains, plus four desserts) and RamBar’s, with it’s choice of three starters from a list of 11 and a choice of six mains.

These two menus are very good value, especially as cooking standards at both places are so high. RamBar’s 10-rated chargrilled sweetbreads were incredibly tender and tasty and also had a lovely spongy touch you don’t always get, even at Argentinian restaurants.

The beans and salt cod salad and the Russian salad with two biggish terse-fleshed gambas were light and fresh although there was a lack of salt cod. The stuffed pancakes were a bit of disappointment, partly because they were too crunchy.

RamBar, La Rambla 10, Palma. Tel:971-677163. Check for opening times and you should reserve a table because they don’t have a great deal of space on La Rambla’s walkway.