The ‘Nomadland’ culture is having an effect on Spain. The wide ranging changes that the ‘Internet Nomads’ are having is causing radical town planning decisions. So many have been turned into this new breed of worker by the pandemic and reality is catching up.

An article, last week regarding abandoned villages in Spain began the thread. Town councils have held meetings to discuss their unique selling points to attract the workers, who with a computer network, can work from anywhere. The key is connectivity, that has to be number one on the list.

Number two has to be the ability to provide a village school or a bus to one in near proximity. The success of these reinvented hubs has to centre on young families as well. With this is mind there are meetings being held in much of Spain and France to encourage towns of new people.

They want to introduce them to the delights of the inland regions of the countries. A new wave of creativity comes with this very European concept and allows families to have choices in how they live their lives. Working from home and extra family responsibilities have taught many in lockdown, what having a family really means.

The shared responsibilities and enjoyment has been an eye opener for many. They really don’t want to give it all up for the previous two- hour commute either way.
In Mallorca we are already ahead of the curve and my recent visits to the inland villages are buoyant with their ‘Nomadlanders’. 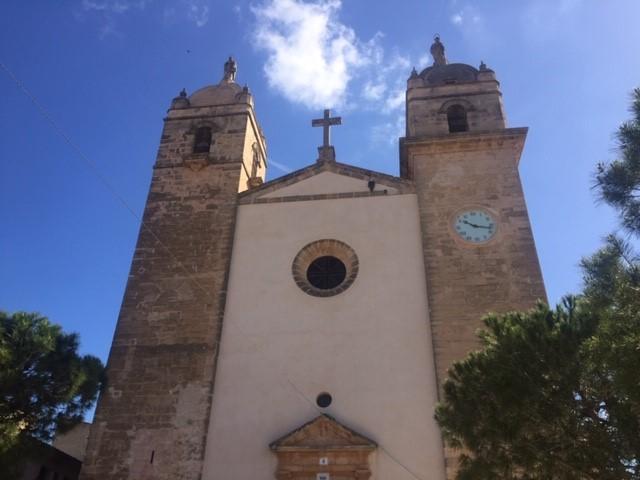 This has already taken place on my own doorstep in Fornalutx and Deia. The local young people left the Valley to find work from the 1960’s onwards. They went to the coast and the mainland to become part of newly created tourism, this was the prize for so many.

The mountain villages became more run down and elderly until a different set of people arrived to take their place. In Deia the turning point came when the Es Moli and Residencia arrived and made a conscious decision to recruit local young people. A re- think happened then and stopped some of the migration of the young.

A similar evolution happened in Fornalutx and it was partly attributed to the BBC. In a large corporation, news got around, when a couple of executives talked of the bargains they were picking up in this jewel of a place in the mountains. One purchase and renovation led to another and the change was already in place for what it is today.

My visit this week was to Pina, in the Municipality of Algaida, in the flatlands of the island. A drive there in the early morning sunshine took me past an autumn scene of all the animal feed gathered in. 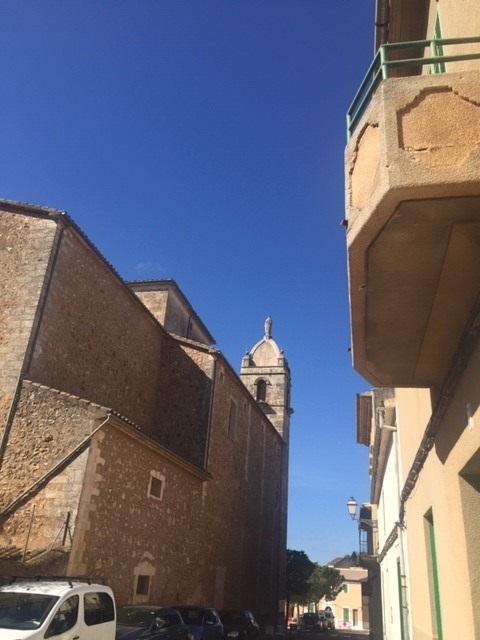 It’s only May but this climate can give two harvests if the land and the staff are ready to do the work. Rolls of hay against a sky of blue and sunshine was very uplifting and reminded me of East Anglian happy memories.

Pina is a sleepy, small village of around 600 people. A small attractive square leads from the huge dominating Church and to the convent behind it. The Convent was Founded in 1856, a new building was built later, on the other side of the road, and joined to the old convent by a bridge.

There is a small museum inside the convent. The highly religious past of Mallorca can be seen here as in the 1860’s onwards the only villagers would have been a few farmers plus many priests and nuns. No shops, no school that I could see, just a gentle unhurried peacefulness. 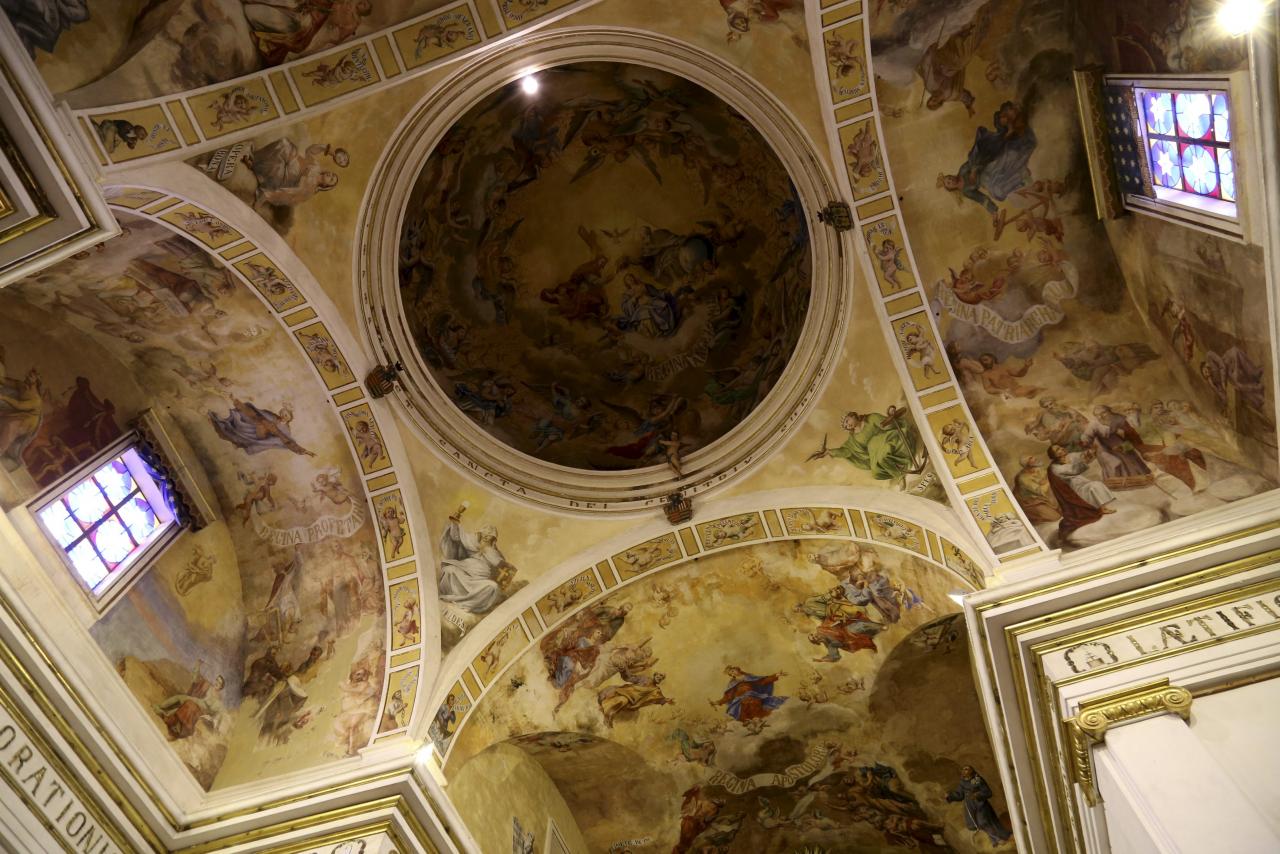 That was before the Yoga group got busy gathering and chattering at one end of the square. Then, as the clock struck 10 am the first batch of cyclists came through. Pina may be a small village but people live in those lovely houses and life goes on.

Many people drive past and don’t take the turn off to the little places that I find fascinating. Nowhere in Mallorca is more 30 minutes from an urban centre, beach or mountain life. There are few places in the world that can say that.

Nomads with their connectivity are definitely keeping the economy of Pina going. Open the doors and talk to the people, the number of nationalities living together because the computer allows them to work is almost unbelievable.

Farmers and computers very much in evidence but no Nuns and Priests on that sunny morning.

I do not think that Mallorca has many small hamlets left to open up like many parts of the Peninsular have. We are already a good example of what happens when ‘have internet will travel’.

Have a wander to the villages of Mallorca and absorb the rhythms, they really do march to the beat of a different drum.