Most of the Mediterranean fruits thrive on lots of warm sunshine — they wouldn’t be Mediterranean without that sun. But there’s more to it than mere sunny days — many of these fruits also rely on a good touch of cold.

If the grape harvest is going to be a good one, every day the fruit must soak up more sun than tourists on Es Trenc beach — and then have a cold time of it during the night.
That’s why wineries with vineyards at 800 metres altitude make better wines — at 800 metres and over, night time temperatures are much lower than at sea level and the grapes have the perfect environment for developing properly.

It’s the same with apricots: long hours in the sun and a real nip in the air during the night are the conditions that produce the most bounteous harvests.

Well, this year it looks as if Mallorca’s apricot crop got the right number of sunny days, enough coldish nights and the correct amount of rain at the right time.

Last year’s harvest at the Cooperativa Agricola de Porreres weighed in at 14 tons and the experts are already saying that this year’s crop will top the 26 tons mark. But that prediction depends on the weather during the coming weeks — a few days of rain could badly affect those apricots that were ready for picking.

Mallorcan cultivators grow at least half dozen varieties of apricots and they reach maturity at different times. The experts know how many trees there are and can easily calculate the approximate yield of each variety — but the final count depends on perfect weather until the end of the harvest.

Mallorca’s best apricots are from the Cooperativa and they are sold under the official label of Albercoc de Porreres.

If you don’t see that label on the boxes of apricots on display then they won’t be from the Cooperativa. They could be from other parts of the island, in which case the label should say ‘de Mallorca’. If not, they’ll be from the mainland, most of which aren’t as good as those grown in Porreres and elsewhere on the island. 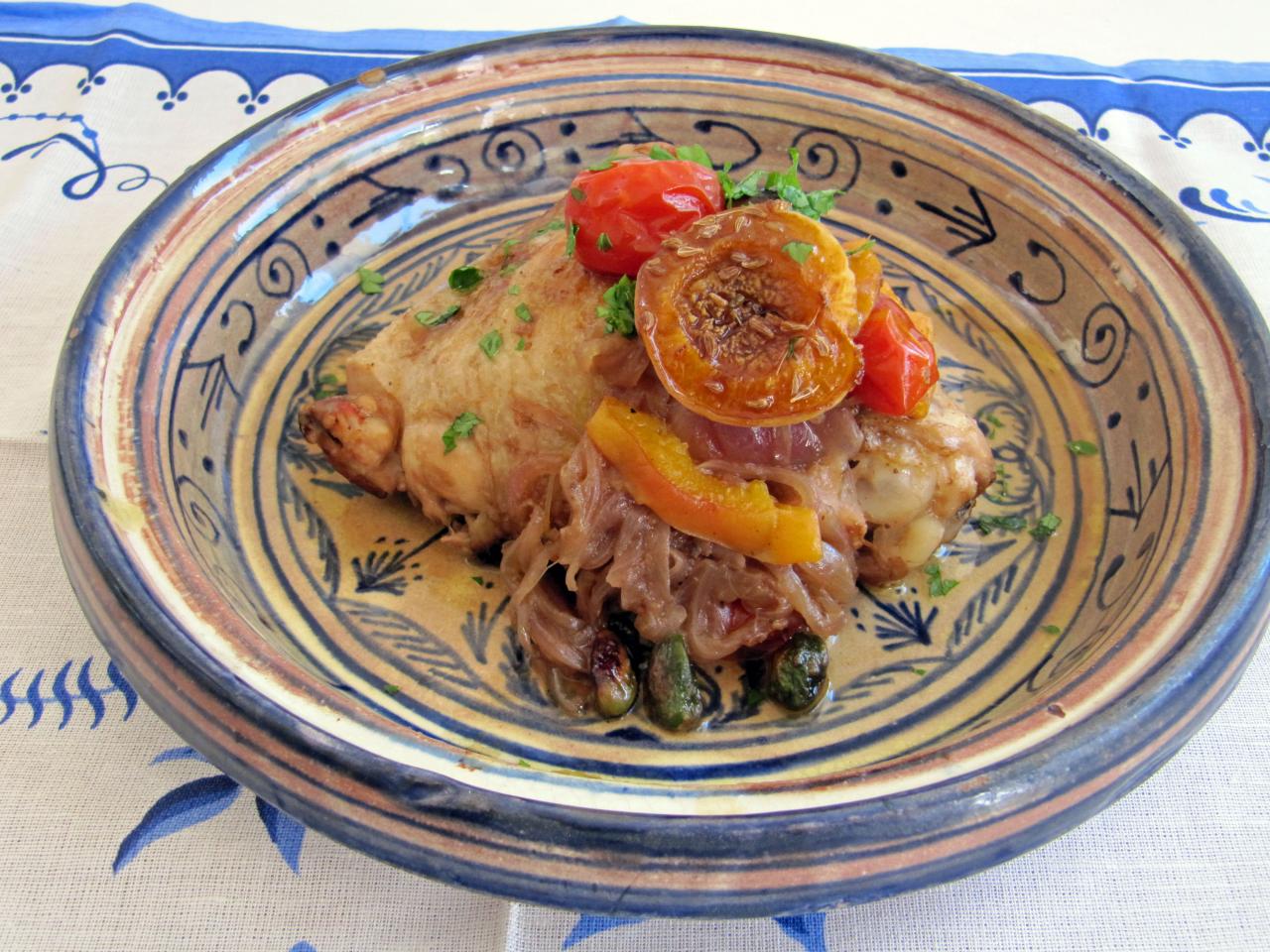 More apricots are grown in Murcia than in any other part of Spain, followed by the Balearics and then Valencia.

The apricot, albaricoque in Spanish and albercoc in Catalán, is one of the earliest fruits and that is what its name means. The word apricot comes from the Latin ‘praecox’, which also gives us precocious. The initial ‘a’ in apricot was added by mistake, owing to a false etymology.

Although the Latin botanical name for apricot is Prunus armeniaca, it came from China and not Armenia. It is descended from a wild Chinese variety that was being grown in China 5,000 years ago.

The Arabs brought it to Spain from Persia and at first it wasn’t a very popular fruit because of certain superstitions. On of them was that if a leaf from an apricot tree fell on one’s back, it would cause serious and incurable diseases.

Apricots were first taken to England from Italy in 1542 by Henry VIII’s gardener. He was a French priest and horticultural expert called Jean Le Loup, who later changed his name to John Wolf.

The apricot settled in nicely in London and even travelled around the country and some 240 years later a Wigan nurseryman had published a catalogue with 14 varieties of apricot.
The apricot crossed the Atlantic in the 18th century but it didn’t reach Australia and South Africa until the turn of the 20th century. Australia is nowadays a major producer and exporter of dried apricots.

Fresh apricots are one of the traditional fruits of a Mallorcan summer. At their best they are juicy, full of flavour and have a delicious fragrance. 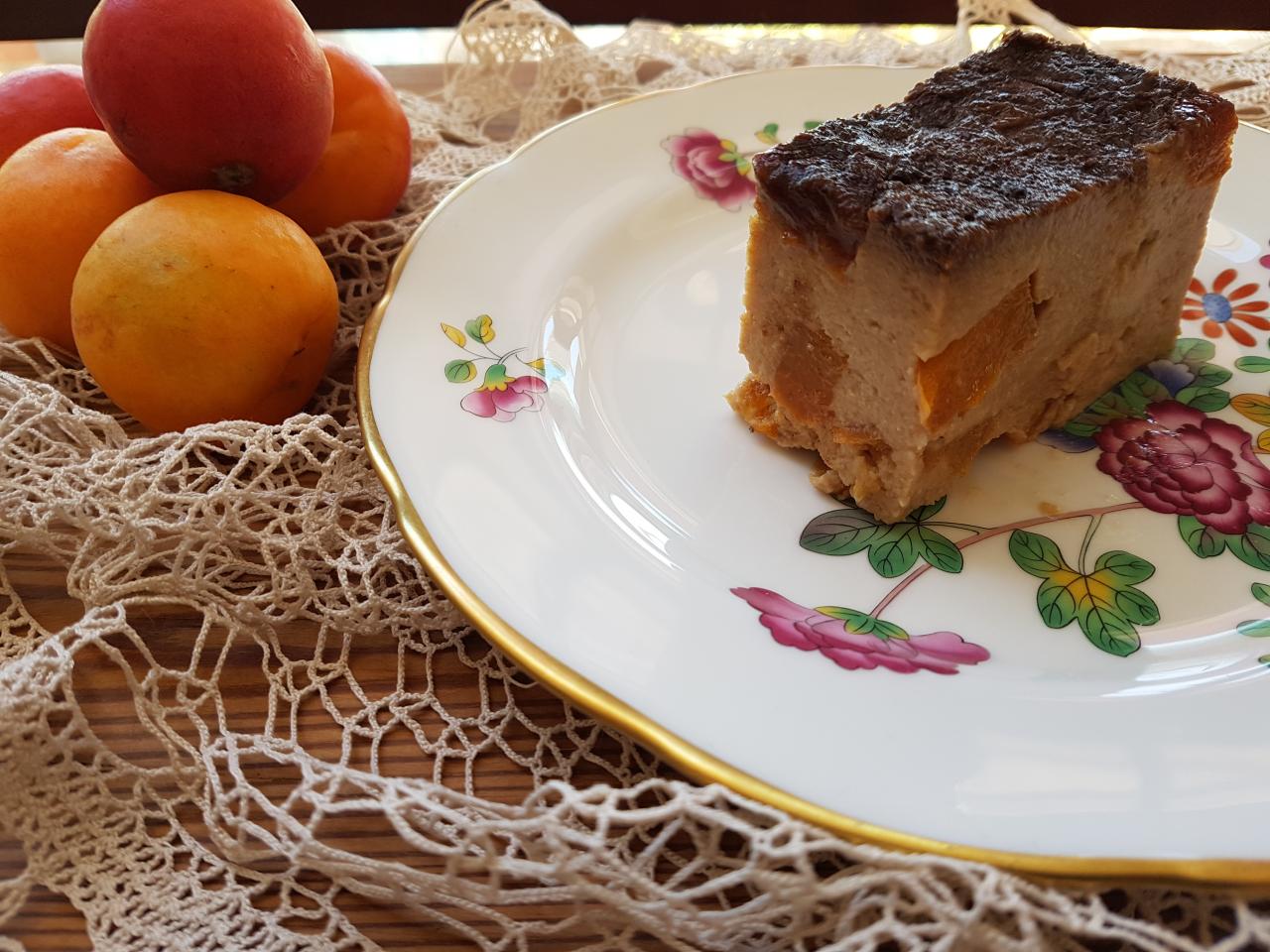 The best apricots are ripe but firm, with plenty of colour and free of blemishes. They can become over-ripe very quickly, so buy only those quantities you will use up in a couple of days.

As a rule those with stronger and brighter colours are sweeter. On of the local varieties has pink tinges and a delightful perfume.

Mallorca’s dried apricots, called orejones, were at one time more important to the island’s economy than the fresh ones. Although the island’s slightly acidic dried apricots were exported all over the world, hardly any of them went to the mainland. People there preferred the sweeter kind from Turkey.

It’s because of this slight touch of acidity that Mallorca’s dried apricots have more character than the Turkish ones. They are by far the best for Middle Eastern dishes, particularly those done with lamb.

Turkish dried apricots are on sale at the dried fruit stalls of the Mercat d’Olivar and the Santa Catalina market, and also at most supermarkets.

They are totally inferior to Mallorca’s orejones and no island housewife or cook, or a serious cook of any nationality, would ever buy them.

It’s easy to tell the difference between the two: the Turkish ones are pale and anaemic, and the Majorcan variety has a deep robust colour. The Mallorcan orejones are always more expensive but all serious cooks agree the extra cost is worth it.

Persian cuisine has superb dishes in which the apricot’s acidity brings out the sweetness of lamb. But in other countries you’ll come across very few recipes in which dried or fresh apricots have a major part to play. 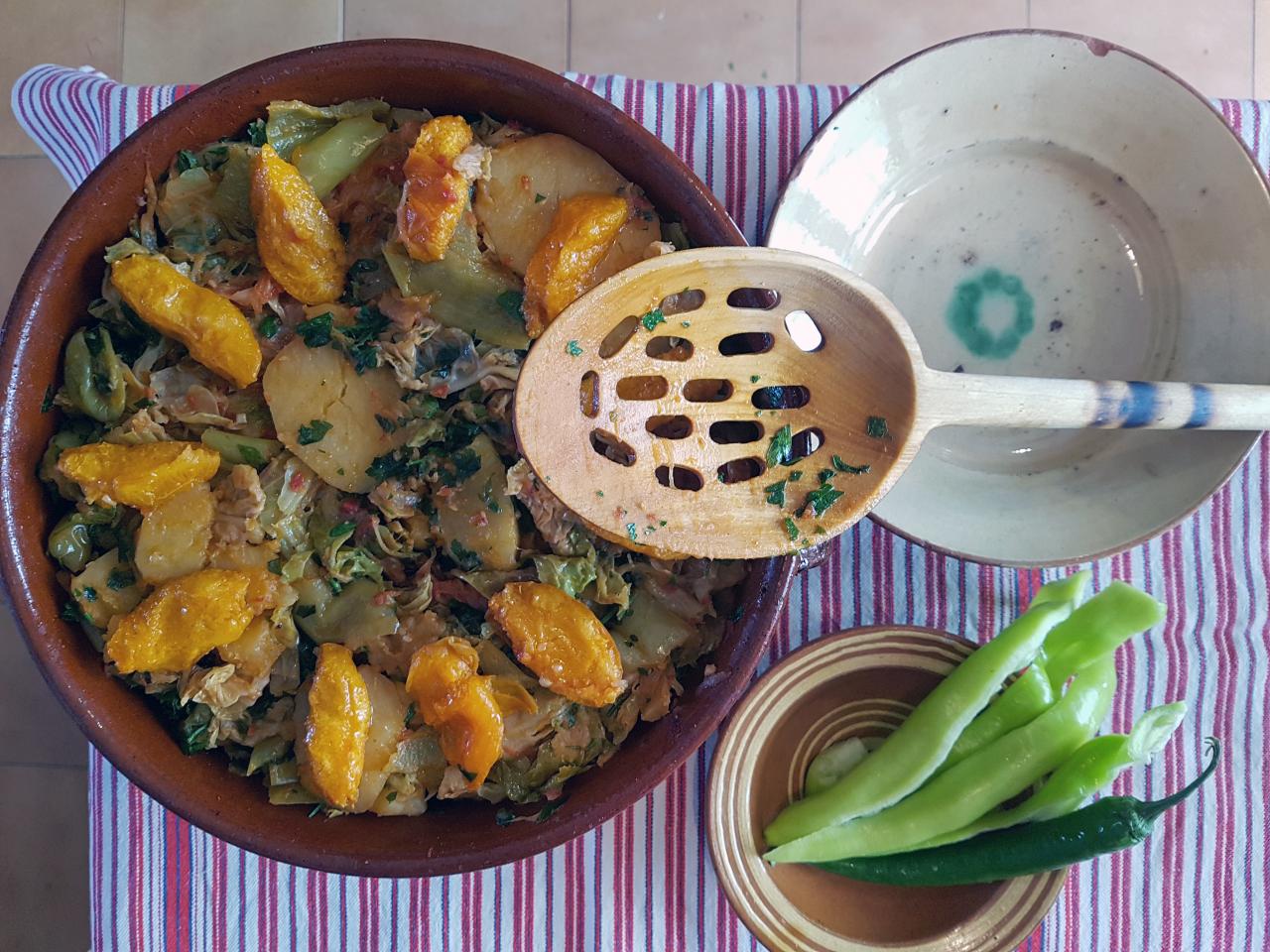 Spanish cooks and housewives preserve all kinds of fruit and vegetables and they have two main ways of treating apricots: in thick syrup or in alcohol, usually brandy or aguardiente. In either case, the velvet-like covering on the skin must be removed by rubbing the fruit with a soft cloth under running water.

Fruit compotes are also popular. Many Mallorcans have their own fruit trees or receive large baskets of fruit from friends. Some is eaten fresh and the remainder is made into jam or compotes.

The Basques have a compote made with dried fruits. They mix 500 grs of prunes with the same of dried apricots, plus eight peeled apples sliced, 500 grs of sugar and piece of cinnamon stick to taste.

These ingredients are cooked slowly until the fruit is tender. If the syrup is thin it is strained off into another saucepan and thickened. It is then poured over the fruit.
More than 100 years ago, Mallorcan housewives sometimes added apricots preserved in syrup to a dish of sopes mallorquines. And today, some Mallorcans use fresh apricots instead of olives to accompany a sopes during the summer months.

A good way of eating apricots during the harvest months is as a topping on an ensaimada or on the spongecake called coca. Both are at all pastry shops.

My two favourites are Forn Fondo in Calle Unió (just along from C&A), which recently celebrated its centenary year, and also Pastelería Rivoli, next to the Rivoli cinema in Calle Antonio Marqués Marqués, off the Avenidas at the start of Calle General Riera.