It’s summer everywhere: on the calendar, on the thermometer, in the sky, on the beach, at the market stalls…and that means, among other things, that salad days are back again. Although for some of us, especially Spaniards, salad days never went away.

I have British friends who seldom eat salads and most Americans I know not only enjoy them, they have a positive predilection for crispy well-dressed greens.
On the other hand, I have never met a Spaniard who dislikes salads and most of them eat one every day of the year.

Spaniards never serve salads as individual portions on small plates. In every household I know, salads are a communal affair: a big one is put in the centre of the table and everyone digs in when they feel like it.

The salad may be mixed in a big bowl or greixonera, but it is usually served in a large platter (or one at each end of the table if it is a long one) that is easily reached from all sides. The wide surface area of the platter makes it easier to see which morsels one is looking for.

Salads in Spanish homes can be very basic, sometimes containing only lettuce, white onions and roughly cut tomatoes. With certain main courses, such a roast suckling pig, the salad consists of nothing but frizzy lettuce.

But on Sundays, fiesta days and other special occasions, a salad is a much more complex affair with asparagus, artichokes, canned tuna, anchovies, red and green peppers, cucumber, pickled vegetables, hard-boiled eggs, radishes, green beans and whatever else takes one’s fancy.

In some parts of Spain, a salad consists of only whole lettuce leaves, but served in unusual ways. A favourite version is done with the crisp leaves of the romaine lettuce, also known as cos, which is Spain’s most popular lettuce. The white inner leaves of the romaine are drizzled with virgen extra olive oil, sprinkled with a little red wine vinegar and salt and arranged decoratively on a flat serving dish. Tradition demands that the leaves be eaten with the fingers.

A variation on this theme is to put the undressed inner leaves into a big bowl with ice cubes and water acidulated with white wine vinegar or lemon juice to taste. The leaves are picked out with the fingers and excess water is shaken off over the bowl.

No oil is used in this version, and it is essential that the water is very cold, so use lots of ice cubes. The leaves should have a distinct taste of vinegar or lemon juice.

This is a most refreshing way of serving lettuce and it is popular in the south of Spain during the blazing hot days of summer. It is a favourite salad when Spanish men get together for a meal.

They love the bonhomie you get with communal eating of this kind and this salad never fails to get the meal going with a swing. If you’ve never eaten a salad in this way, do give it a try.

Lettuce not only cools and refreshes us on hot summer days, it is also very good for us. It has few calories and lots of minerals including iron, calcium, phosphorus, sulphur and silicon. It is also rich in vitamins, especially A and C and some of the B group.

But the mineral and vitamin content differs in each of the various varieties. Cos, for instance, has more fibre, calcium, iron, phosphorus and vitamin A and C than the iceberg.
All varieties — and you have a choice of at least 15 in Palma supermarkets — are high in iron and they are recommended for anaemia as well as urinary infections, constipation, obesity, rheumatism and arthritis. 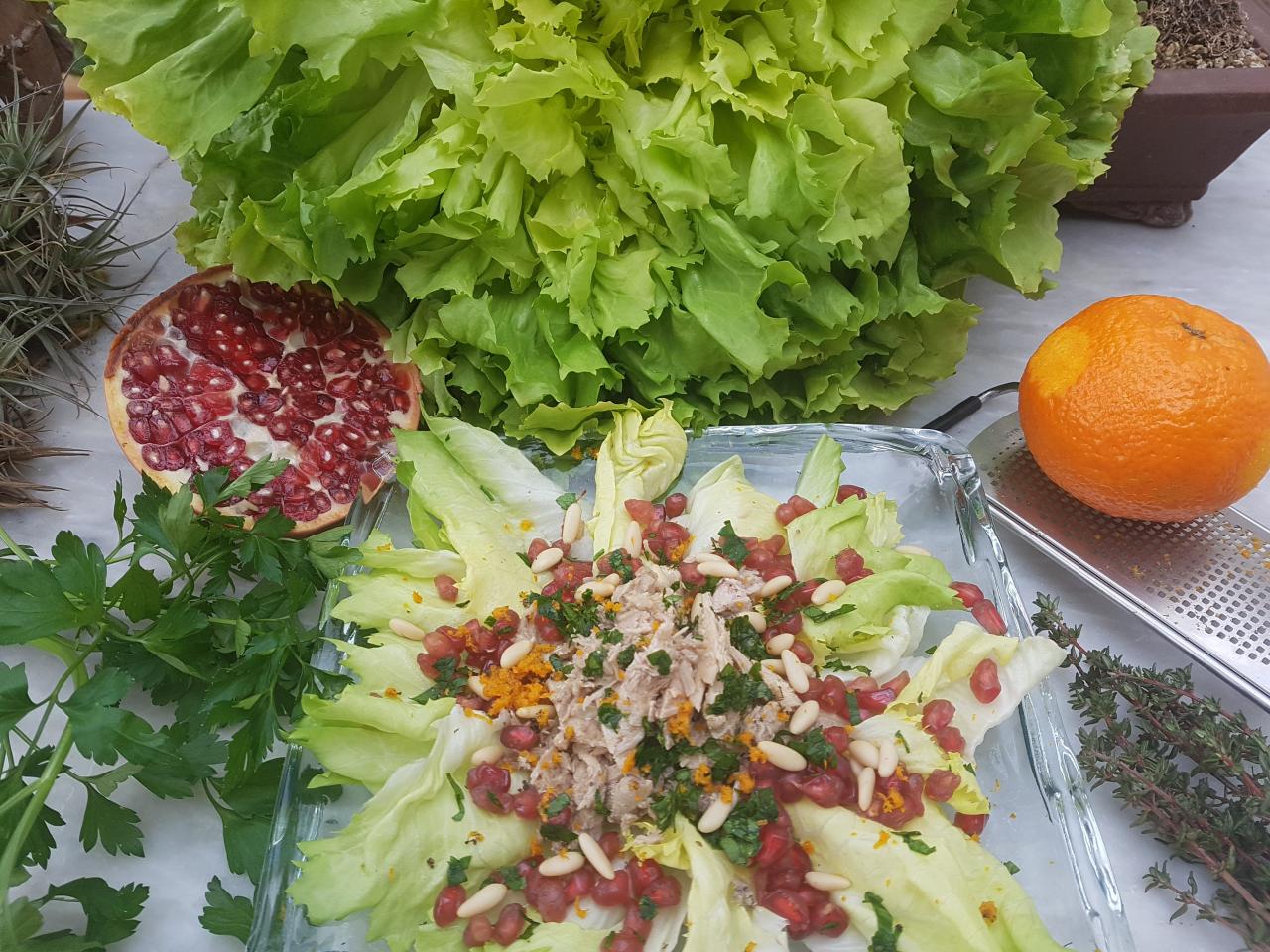 The lettuce we buy at the market is the plant before it is fully grown. When allowed to mature, lettuces develop a tall stem with alternate leaves and flowers. When wild and cultivated lettuces go to seed, they contain a bitter milky juice that has narcotic effects.

This juice from the wild plant was extracted and dried and was one of the earliest soporifics. At one time it was added to poppy seeds and was given to patients before and after surgery.

The juice of wild or mature lettuces is still used to soothe muscular pains, anxiety and insomnia. France’s most famous herbalist, Maurice Mességué, cured the insomnia of an American socialite by having her eat three braised cultivated lettuces for supper every night.

But before any male insomniacs rush to try this remedy, bear in mind that Mességué had also observed that this milky substance lowers male libido — so much so that in those days lettuce was called the herb of the eunuchs.

Lettuce originated in the Middle East and was eaten by the kings of Persia in 550BC. The Chinese were cultivating it by the 5th century.

The Romans ate vast quantities of lettuce, serving it at the start of the meal and leaving it on the table during successive courses — as is done in Spanish homes today.

But lettuce and salads disappeared from the European gastronomic scene with the arrival of the Barbarians and didn’t become popular again until the Renaissance.
The exact date of its introduction to Spain is not known. It was some time in the 15th century and it was brought from Italy.

Lettuce was one of the plants Columbus took to the New World and by the 16th century it was a popular salad ingredient in England.

However, there’s more to a salad than lettuce and many of us during the coming weeks will be using more of the soft leafy greens and less of the crispy lettuce leaves.

As noted above, lettuce is packed with minerals and vitamins but dark green leaves such as rocket, lamb’s lettuce, young spinach and watercress are even richer antioxidants.
One of the many beauties of these greens is that their slightly bitter and piquant flavours are ideal for perking up jaded palates during hot weather. That’s an added incentive for eating them during the next 10 weeks or so.

Rocket’s peppery flavours, which hit the tastebuds with a nice rush and act as a stimulant and refresher, are always a huge reward for the tiny input of effort required to dress a rocket salad.

My favourite way of preparing a rocket salad could hardly be easier: the leaves are well mixed with virgen extra olive oil and a sprinkling of Maldon salt flakes. No lemon juice, no vinegar, no garlic. 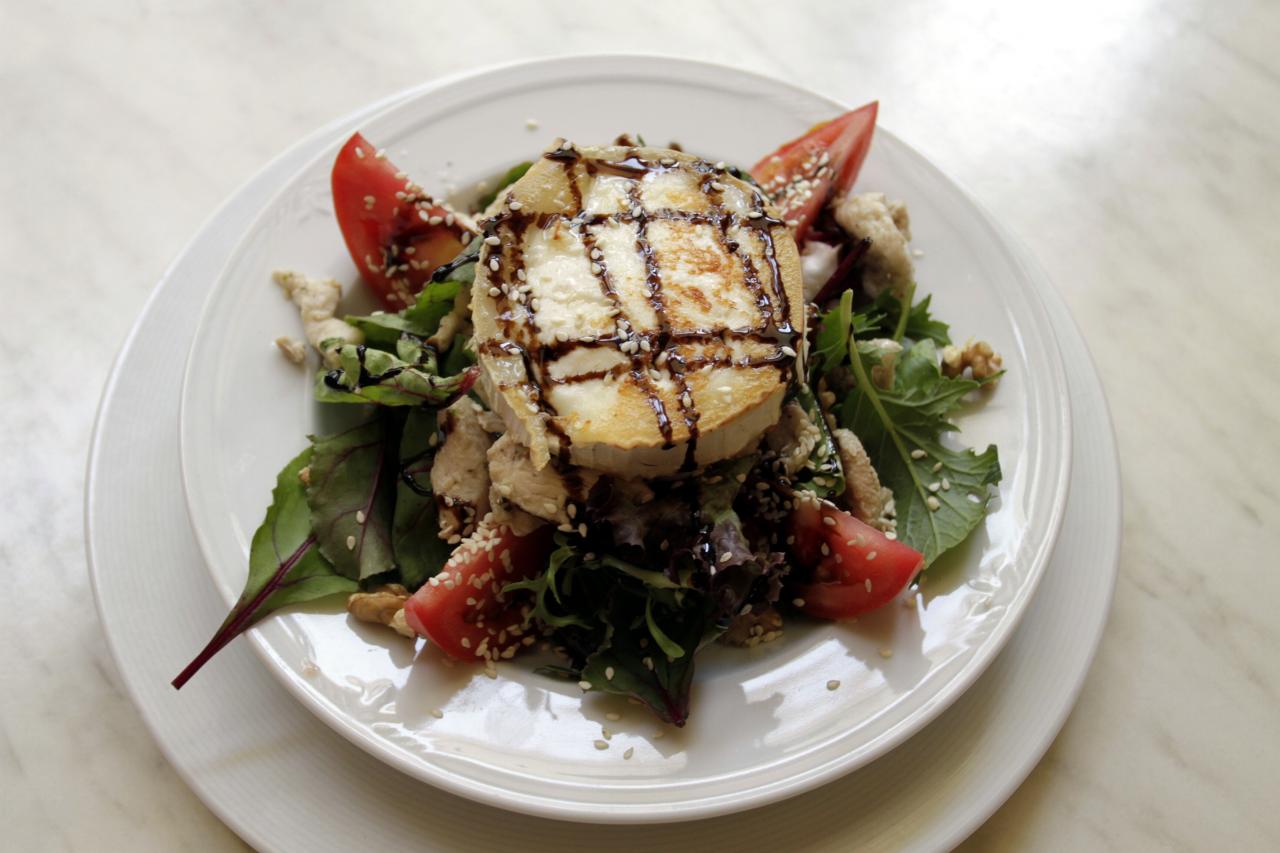 The result is a superb basic salad, the delicious bitter taste of the leaves refreshing the mouth and reviving fatigued tastebuds. And we get plenty of antioxidants.
Most of us didn’t eat rocket until about 25 years ago, but it has a pedigree that goes back thousands of years. The ancient Romans cultivated it and took it to England and France where the climate suited it.

The Romans were extremely fond of rocket and used the seeds and leaves to condiment a wide range of dishes. Apicius gives five ways of using it in his compilation of aristocratic Roman recipes of 2,000 years ago, the oldest cookbook in existence. Apicius called rocket ‘erruca’, the Latin name. Italians nowadays say rucola, ruchetta of rughetta. For Britons it’s rocket and most Americans call it arugula. Spaniards say roqueta and sometimes oruga and in France you’ll hear it called roquette.

Apicius gives a recipe in which rocket seeds are used to make aromatic salt ‘to be used for many things’. As often happened in those days, salt was used as a cure-all concoction that covered a series of illnesses from the common cold to the plague.

Another recipe uses rocket leaves in a sauce for carne or duck that also includes pepper, lovage, celery seed, mint, dates, honey, mustard and vinegar. The birds were cooked in this sauce.

One of the Apicius recipes calls for ‘a good measure of rocket seeds’ in a cold sauce for wild boar. The recipe also includes pepper, lovage, cumin, coriander seeds, thyme, oregano, a little asafoetida, wine, green herbs, onion, toasted almonds, dates, honey and vinegar. The Romans never used a couple of condiments if 20 were at hand.
Popular as rocket was in 16th century England and the rest of Europe, it eventually went out of fashion in all countries except one: Italians never lost their love of rocket as a salad green and flavouring agent in other dishes.

When culinary interest was revived all over the world in the 1990s, it was thanks to trendy cooks in America (and later in Europe) who were always on the lookout little known ingredients.

These cooks rediscovered rocket, liked its texture, taste and versatility and added it to their best dishes. It was soon popular in top restaurants on all five continents, and eventually found its way into supermarkets.

Mallorcan housewives (and amateur cooks like myself) took to it slowly, partly because it was by far the most expensive of the salad greens. But as it became more popular and demand increased, the price slowly came down.
Nowadays, supermarkets sell it at just over €1 for 50 grs bag, and as a small amount goes a long way, that is not at all expensive.

Rocket is extremely versatile and can be used in all kinds of salads, especially those that include fish, shellfish and poultry. It is also a useful component in other dishes.
You can experience the full benefit of its distinct peppery taste by making a pesto-like sauce with it. Use your usual pesto recipe, but instead of basil add rocket that has been blitzed in a blender. A good sauce for pasta — but don’t call it pesto. That name should be applied only to sauces made with basil.

You can also do a very simple pasta dish ideal for a summer luncheon by dressing spaghetti with nothing but finely chopped rocket sautéed in butter or olive oil, or a mixture. The spaghetti should be very well lubricated and finished off with a generous sprinkling of parmesan or pecorino romano cheese. 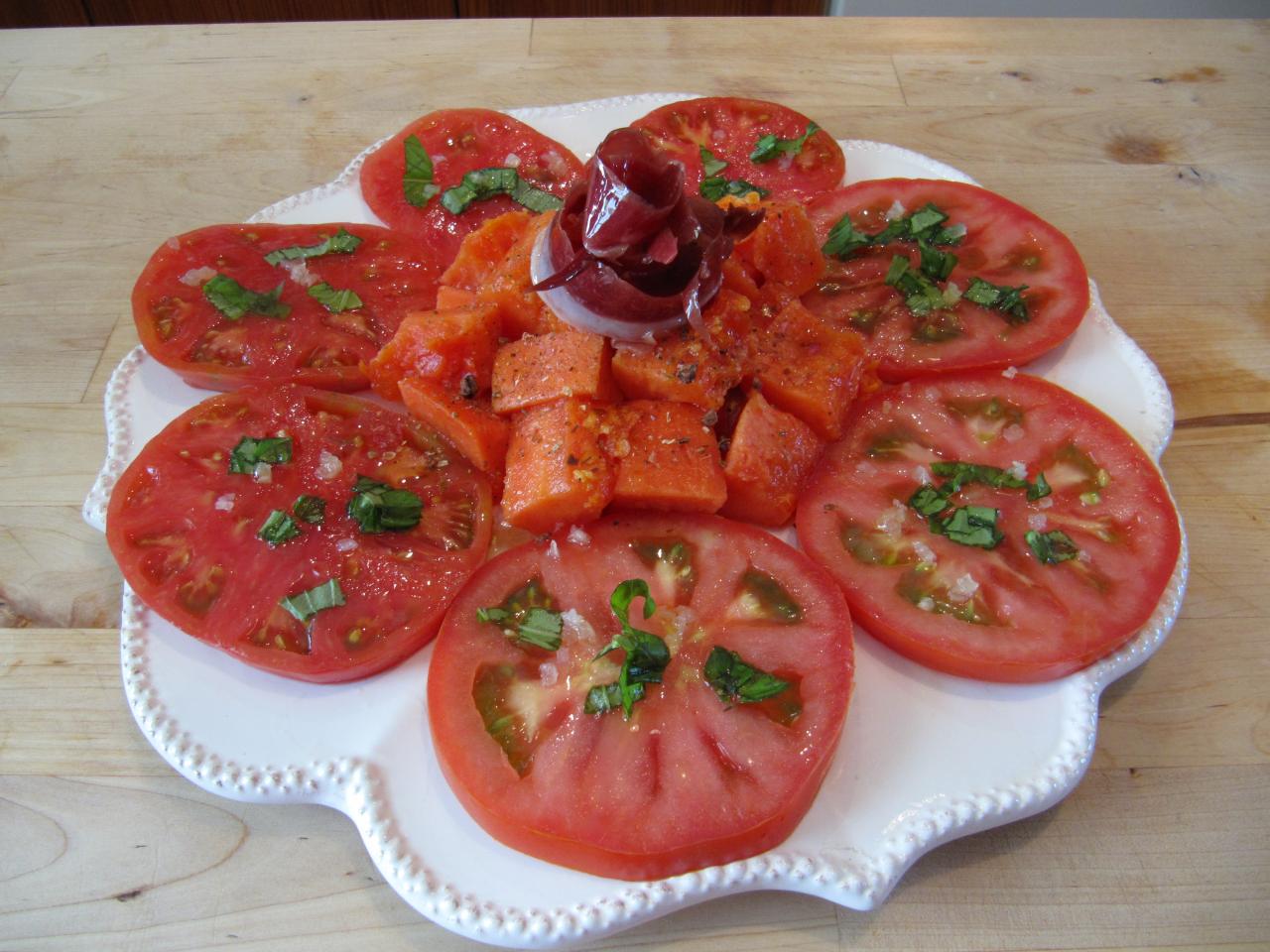 This mixture is excellent when thickly spread on toasted ciabatta, Mallorcan country bread or the ‘pan cristal’ rolls now available at most supermarkets.
Although most of us think of lettuce when we hear the word salad, some Spanish salads can contain everything but green leaves. There is no end to Spanish invention when producing a dish that appeals to the palate during the hot weather. But that’s another article for another day.