You won’t find me relaxing at Palma’s terrace bars in the summer because it’s much too hot out there. I am never on the terrace of the Bar Bosch, cold drink nearby, sitting back and watching the passing scene.

But I circulate every day in the centre of Palma, and I am well aware of what people are drinking as they sit on the terrace of the Bar Bosch watching the world go by…because I am watching them as I pass in front of their tables.

What I have noticed recently is that more and more Mallorcan women are drinking cañas, those light draught beers that are the number one drink in bars all over the city, especially those that serve tapas.

But until now, it’s always been a man’s drink. My women friends used to tell me they particularly dislike bitter tastes, including coffee and beer. Perhaps one of the big breweries’ advertising campaigns have been successful and women are now giving beer a try.

There’s nothing like a good advertising blitzkrieg in newspapers, magazines and on television to get us eager to try something new. It can cost the advertisers a bomb, but it’s usually money well spent.

On the other hand, most of the non-Spanish women I see having a drink on the terrace of the Bar Bosch have a glass of cava or white wine in front of them.

Many of them are blonde and beautiful and obviously from Scandinavian countries where it costs a packet to have a little glass of wine on a terrace. Here they get a large one and the price is so reasonable compared to Copenhagen, Helsinki, Oslo or Stockholm.

Actually, Indian women would most certainly also order a cup of tea. But I’d be able to spot them in their beautiful saris from at least 80 yards away.

In fact, it’s sheer common sense to make your terrace bar tipple a cup of tea on a summer’s day. English people know, and the Indians even more so, that a hot drink on a hot day can be a real cooler.

The hot tea makes us perspire and those little beads of moisture start to evaporate. To do so they have to draw heat from our body…and that has a cooling effect. But only one cup of tea: a second one will make us hot. English and Indian women know this, and act accordingly.

As I walk down Jaime III, always on the shady side of the street, from a distance of 80 yards I can also pinpoint the tourists sitting at the Bar Bosch. Their state of undress gives them way — bare shoulders, bare backs, bare midriffs, bare thighs — and bare buttocks curves when they get up to leave. But most revealing of all is the big jug of sangría on the table.

I have never seen Mallorcans or Spaniards drinking sangría at bars or restaurants. For them it is very much a summer tipple, but one they sometimes have at home when the family gets together for a Sunday lunch of paella or roast suckling pig. 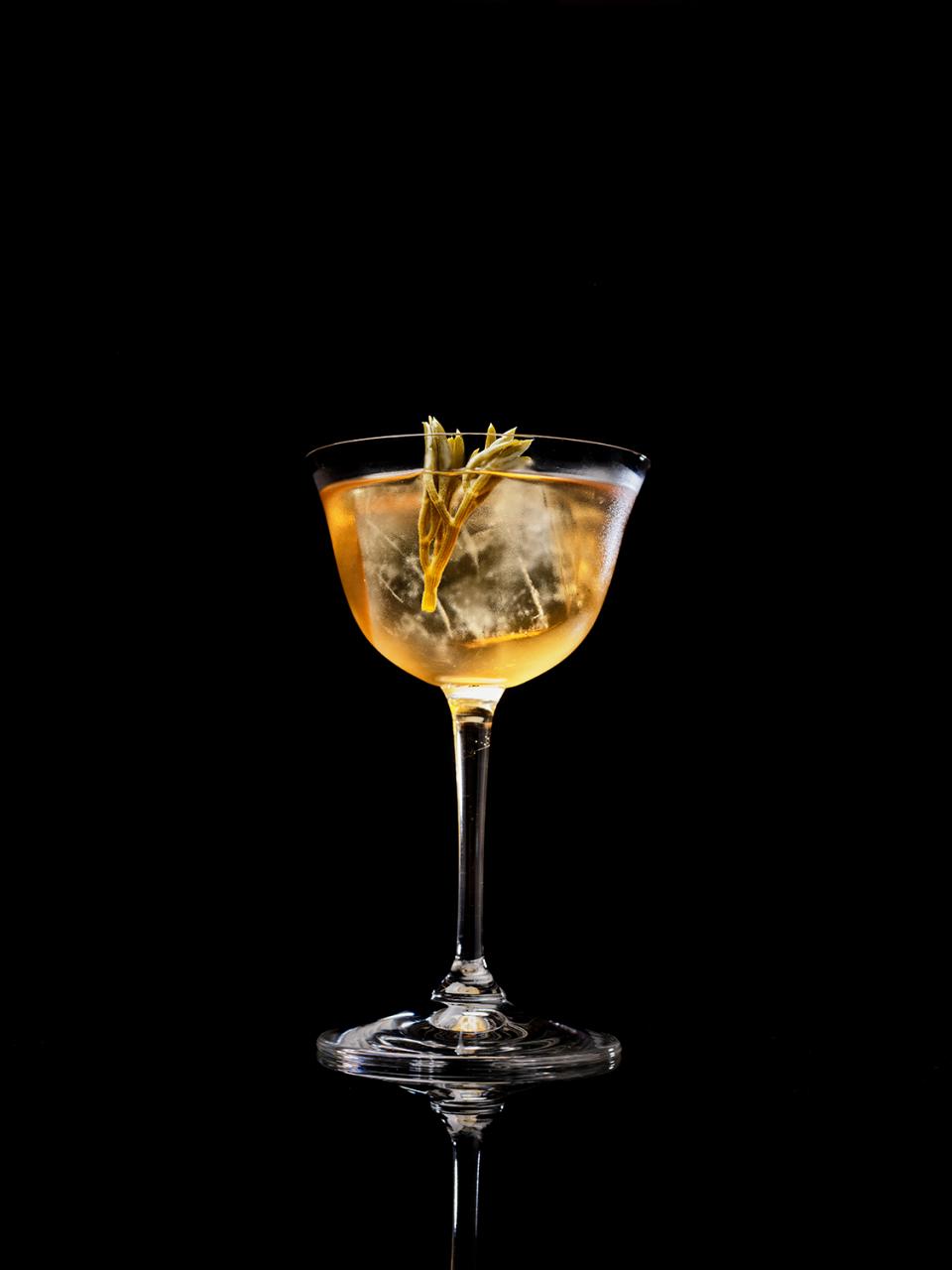 But friends and those of my acquaintance never drink sangría with the meal — it’s always a cooler for the late afternoon or early evening when a cold refreshing drink it most welcome.
On terraces all over the centre of Palma you can’t help noticing that the the top tipple among the locals is gin and tonic.

This highly refreshing drink has aways been popular all over Spain but in the past 10 years or so it has really taken off. Especially in Palma.

A short walk underneath the arches of the Paseo Mallorca will be enough to show you how ubiquitous the gin and tonic is: you will see tables of six people, women and men, all of them with huge gins and tonic at hand.

Huge is the operative word here: you never get a small gin and tonic in Palma. And some of the gins and tonics have names you have never heard of: it comes as a bit of a surprise to discover how many makes there are worldwide.

Th gin tonic, as Spaniards call it, is a drink for all hours of the day. Men order it as an aperitif and the postprandial tipple is a gin tonic…or two or three: those who don’t have to go back to work spend the rest of the afternoon quaffing gin tonics.

At bars in the centre of Palma specialising in this drink (there are many) you will seldom get a gin tonic that is made simply with gin and tonic.

You will choose your gin from a long list of premium brands— and some of the names will be totally unfamiliar. At least, they are to me. It’s the same with the tonic waters: names you’ve never heard of and not a Schweppes in sight.

And your G&T won’t taste simply of gin and tonic: any half-decent barman has a range of exotic spices (which you’ve never heard of) with which he barely dusts the surface of his G&T to make it unique. And so memorable, he hopes, that you’ll be asking for a refill.

When I order a gin and tonic I always emphasise that the gin must be Gordon’s, the tonic water Schweppes, with nothing else in the glass except a thin slice of lime or lemon. Gordon Ramsay also thinks the best G&T is made with Gordon’s and Schweppes. It’s nice to have something in common with him. 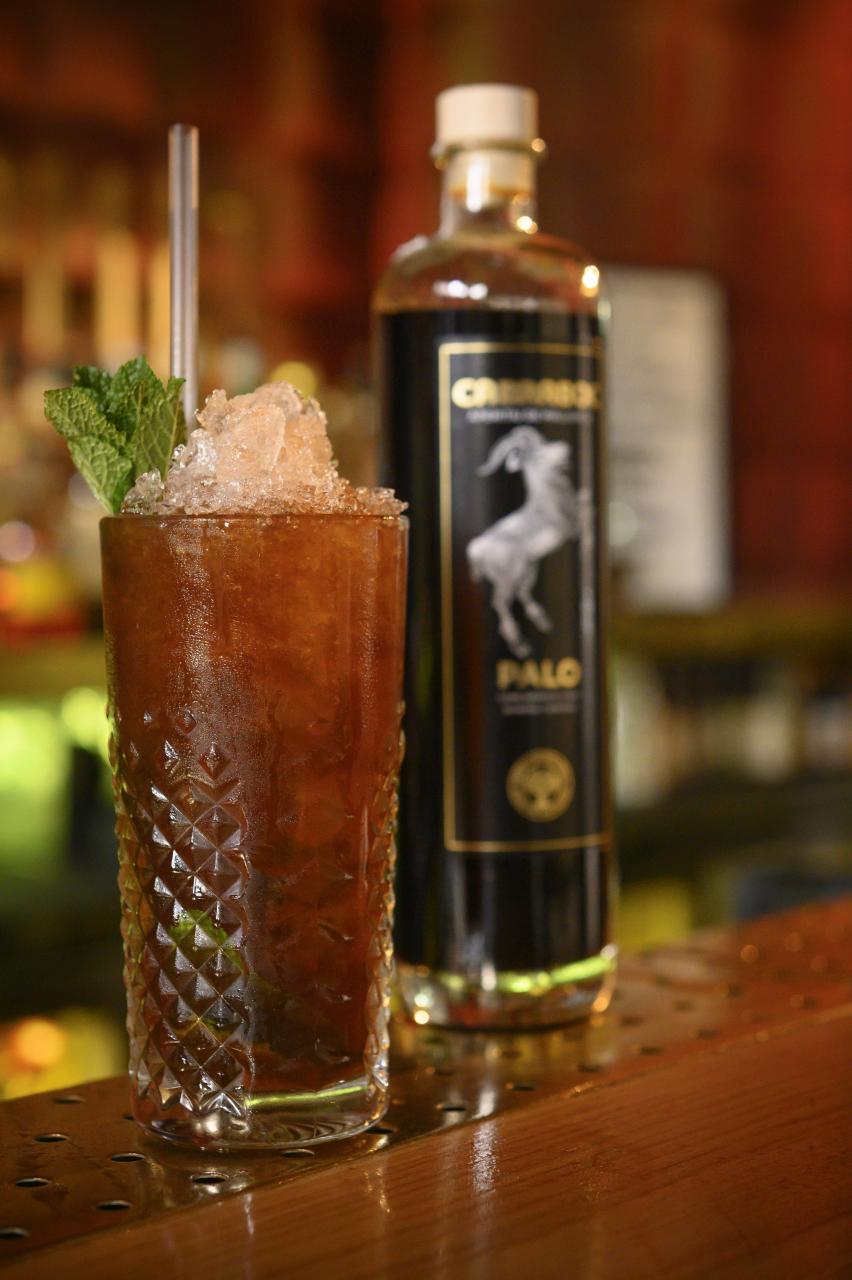 I’m a true traditionalist in all matters concerning gin: the bottle in my drinks cabinet is the old one made of green glass and with the white label. I bought it in England some 45 years ago (I have never seen the green bottle on sale here) and when necessary I refill with the Gordon’s sold here in transparent bottles with a yellow label. Gin from the green bottle always tastes better. I’m sure it’s just psychological.

Terrace tipples in the old days, by which I mean the early 1960s, were quite different: they still exist and you can get them at the Bar Bosch, it’s just that not so many people drink them these days.

At that far off time, both on the terraces and inside the bars, the top tipple for Mallorcans was a palo con sifón. Palo is a sweet-bitter concoction unique to the island that was first made, like many similar drinks in other European countries, for its medicinal properties.

Palo consists of infused or macerated quinine bark, gentian root, sugar, caramelised sugar, and alcohol made from unrefined sugar cane juice. It has an alcohol content of around 25-36 per cent.

In the first years of the 1960s and earlier, it was Mallorcans’ favourite preprandial drink, sometimes taken on the rocks but mostly with a splash of soda water — from a syphon, of course, because there were no small bottles in those days.

Palo was back in the limelight in April of last year, soon after the covid pandemic got underway. Because the original palo was used to treat fevers (one of the covid symptoms) a rumour started that it would help to keep covid at bay. There was no truth in that whatever, but that didn’t stop people from grabbing every available bottle in supermarkets all over the island.

During the summer months I still see the occasional customer on the terrace of the Bar Bosch having one of my two favourite summer coolers: a Campari with lots of ice and soda, or a Pernod with ice-cold water and in a glass straight from the freezer.

Those ordering a Pernod could be French but perhaps they are simply incorrigible francophiles like myself.

The other day, when passing the Bar Martín at the end of Calle San Felio just before you turn up towards the Santa Cruz church, a group of six French tourists were talking to the barman through an open window. They wanted to know if he had Pernod. He hadn’t, so they walked towards El Corte Inglés.

The moral is a simple one: if you have a bar in a part of town where French tourists circulate, it pays to have a bottle of Pernod on the shelf — right up front where they can see the distinctive label through the open window. 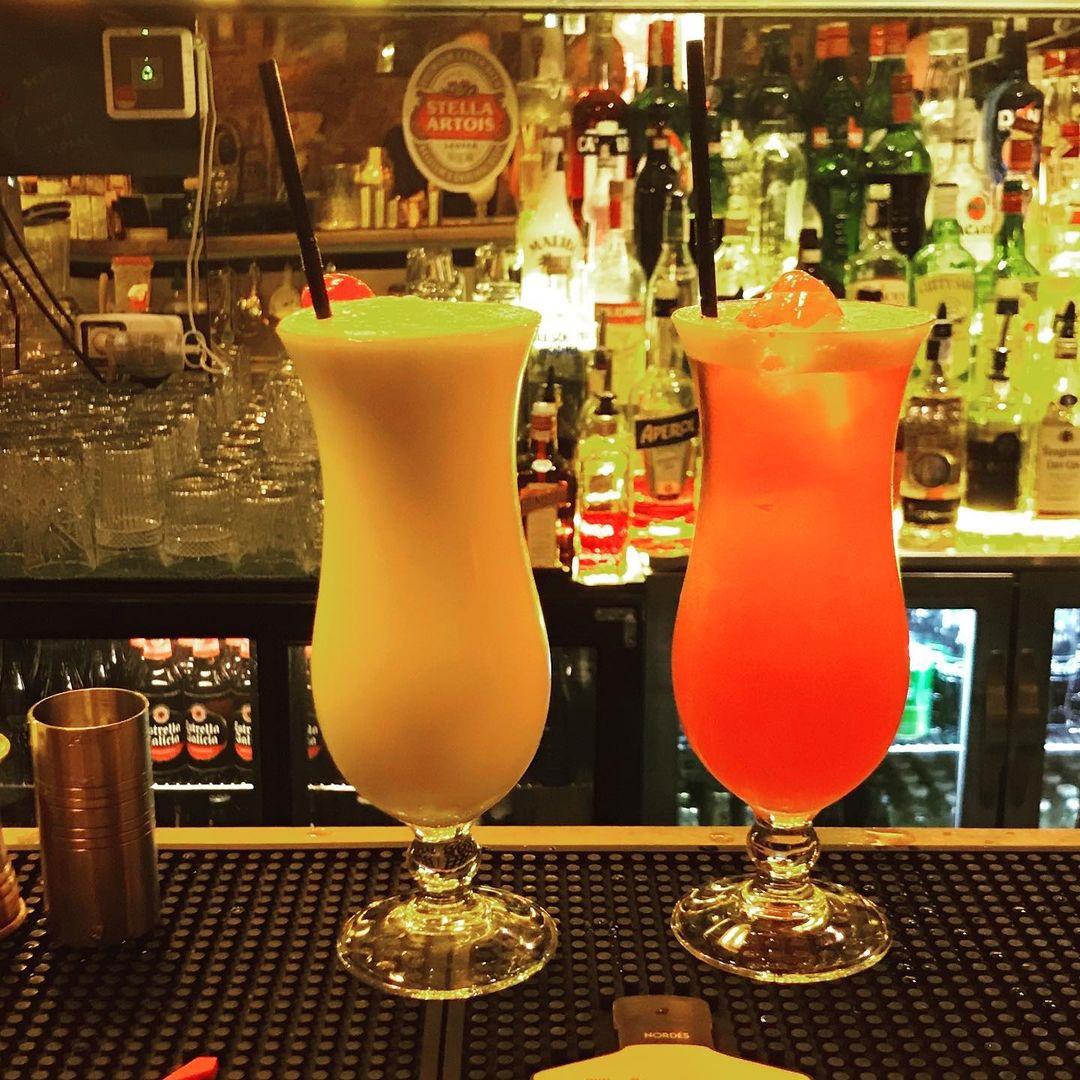 In Bar Bosch and the old Bar Reina at the end of the Born, they served Pernod in the swanky style that was common in Paris in the 1960s — and perhaps still is.

It came in a thickish glass with a stem, topped with a glass filter with a small funnel. A sugar cube was placed over the filter so that it blocked the Pernod from going straight into the glass.

A shot of Pernod was poured in very gently and it slowly dripped into the glass, dissolving some of the sugar as it went. When the Pernod had seeped through (which could take quite a long time) ice-cold water was added.

Inveterate francophile that I am, I have never had a Pernod like that. I learned to drink it in Toulon (where it is called pastis) in the bar of a French-Italian cousin with the very Italian (and mafioso-like) name of Alfredo Figlioni.

The regulars in my cousin’s bar were a tough lot and none of of them had ever had a pastis (or any other drink) while sitting at a terrace table. They walked in and went straight to the long bar.

Alfredo greeted them but didn’t ask what they were drinking. He poured a shot of pastis into a smallish slim tumbler, shook a ceramic Ricard jug that was full of ice cubes and water, then poured some into the glass.

It was a mere splash of water because my cousin’s regulars didn’t want to dilute their pastis too much and they certainly didn’t want to sweeten it with a cube of sugar. They always downed the pastis in a quick quaff.

That single shot of pastis was immediately followed by another and then my cousin waited until the customer signalled for a refill — which wasn’t very long in coming because the Toulonais, and other people from the south of France, have three or four before lunch and several more in the evening.

It reminded me of the men in Glasgow pubs who took their wee dram of Bell’s in a single gulp and then reached for their beer chaser. But there was no chaser for the pastis drinkers at my cousin’s bar.

I was delighted a few years ago to find in a charity shop a ceramic Ricard jug exactly like the one my cousin used in those days, and it was brand new. But I use it only for dining room decoration.

Even although I can get authentic Marseilles pastis at Mercadona, I shan’t be serving myself any of those nostalgic one-shot drinks. Pastis is now strictly a long drink for me, to be sipped as I get on with making lunch.