Sunday was the feast day for Saint Dominic. A Spanish saint from the Kingdom of Castile in the twelfth century, Domingo Félix de Guzmán founded the Dominican Order. He is a saint who is therefore well removed from the era of the martyrdoms.

He was an institutional figure and he was for real, which cannot be said of many a saint. Spanish, it might be expected that Domingo would attract rather more fiesta attention in Mallorca than he does. There is in fact very little. The small municipality of Lloret de Vistalegre is the only place on the island to claim him as patron.

To borrow from Van Morrison, Saint Dominic offers something of a foretaste for the rest of August, rather more because of his celebrity than because of the date of his feast day. The August saints in Mallorca in fact start on the first of the month with Feliu (Felix of Girona), who was originally from Carthage and met his horrific end at the hands of the Tarraconensis Roman authorities in 303; Tarragona was the capital of Hispania Tarraconensis.

The Emperor Diocletian was responsible for the martyrdom of Felix, as he was for many other saints. Divine intervention having apparently saved Felix from previous attempts on his life, he finally succumbed when his skin and flesh were removed with iron hooks. Or so it is claimed. In Llubi, where he is the patron, most of the residents would probably prefer to gloss over the detail of the martyrdom, albeit that the “goigs” song of praise for Felix does refer to, for example, his having been hurled into the sea with a mill wheel tied to his neck (he survived this).

From a less violent era (all things being relative), Dominic died of natural causes in 1221 and so before Pope Gregory IX’s Papal Inquisitions were set up in 1231. His wrongful association with the Inquisition came about because paintings by the Spaniard Pedro Berruguete - commissioned by the Spanish Inquisition from 1478 -showed him presiding over an auto-da-fé. Very much better known than Saint Felix, Dominic is therefore the first big saint of August, and it might be noted that he is nearly always referred to as Domingo (Castellano) and not as Domènec (Catalan). In Lloret, he is definitely Domingo.

The Order of Saint Augustine was founded in 1244, twenty-eight years after the Dominican Order. The teachings for the Augustines came from the Rule of Saint Augustine, who was from a time - mercifully for him - when the Romans had ceased systematically persecuting Christians, mainly thanks to Constantine the Great. Augustine of Hippo (Sant Agustí, August 28) was born in 354, seventeen years after the death of Constantine. Another of the great saints, like Dominic he isn’t widely celebrated in fiesta terms in Mallorca. He is best known for being the patron of Felanitx. 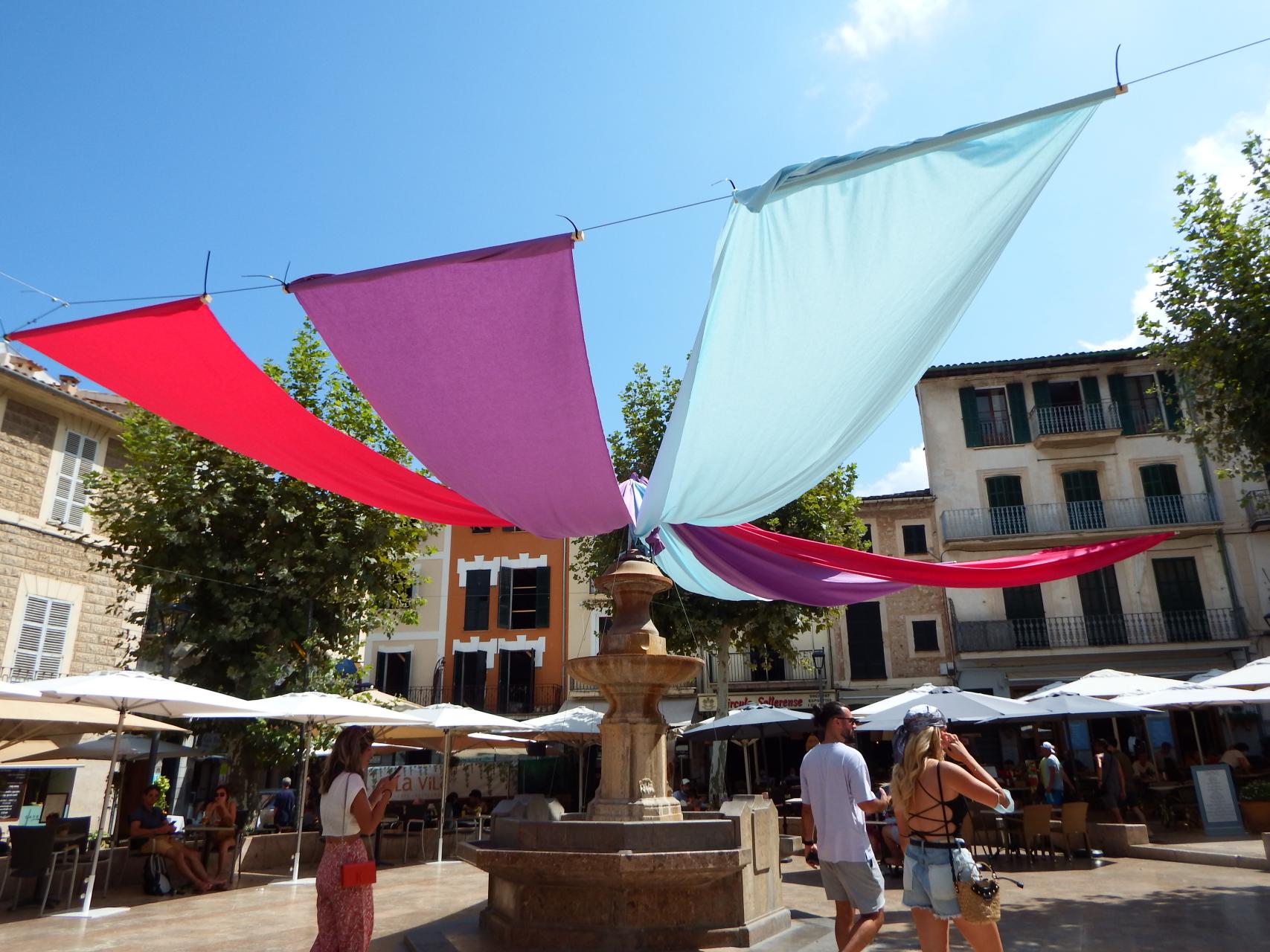 As well as being Lloret’s patron, Dominic is the patron saint of astronomers, which offers something of a link to the saint of the day - Sant Llorenç, Saint Lawrence (August 10), one of the seven deacons of Rome at the time of Pope Sixtus II but who was on the wrong end of the persecution ordered by the Emperor Valerian in 258. Lawrence, also Lorenzo, is said to have been born either in Valencia or Huesca in Aragon. The astronomical connection comes from the Perseids meteor shower, the peak activity of which is between August 9 and 14 and which is also known as the Tears of Saint Lawrence. Legend has it that he was burned alive and that the shooting stars are sparks from that fire.

The spinning fire of the “rodelles” is the traditional climax to the fiestas for Sant Bartomeu (Saint Bartholomew the Apostle, August 24) in Montuiri. Documented from at least 1765 in Montuiri, when they were described as “thunderclaps and small wheels”, the rodelles were at one time quite common elsewhere in Mallorca. They are now reappearing elsewhere, although whether they do this year is questionable.

Bartholomew, celebrated in various other parts of the island, e.g. Capdepera and Soller, is the apostle for August, like Peter is for June and James is for July, and he is certainly better known than August’s two other fiesta saints - Candida and Roc (excluding Sant Joan, John the Baptist, and his death on August 29). Strictly speaking, Santa Candida, Llucmajor’s co-patron, should be celebrated in June, but she isn’t. The day is movable in that it is the second Sunday of August, and she has an association with Bartholomew in that the succentor of Palma Cathedral, Josep Cardell, presented what were apparently the relics of Candida on August 24, 1717. He had brought them from Rome.

Not to be confused with the modern-day Spanish saint of the same name (whose feast day is August 9), the Llucmajor Candida was another of Diocletian’s victims (supposedly thrown into a dry well and buried alive). The relics were donated to the Sant Miquel parish of Llucmajor; hence why Llucmajor has two patron saints.

Finally, we come to Roc (August 16), who may be an obscure saint where many of you are concerned but most definitely is not in Mallorca. It is highly likely that he is fictitious, although he is said to have been born in Montepellier either in 1295 or 1350. But no matter, as Roc was a saint for dealing with the plague. In Porreres, for instance, they remember him from 1652 for this reason. We could do with him right now.