Fake news in recent times has become an everyday malady that is most irritating (when not downright dangerous) but it’s not new — it’s been going around for centuries but we didn’t know about it.

It’s especially rife in the history of food: the origins of all kinds of recipes are simply not true. A classic example is the French croissant.

Legend has it that croissants were first made in 1683 when Vienna was under siege by the Turks for the second time, the first having take place in 1529.

The battle to save Vienna from the second siege was important because the future of Christianity in Austria was at stake.

The siege started on 15 July, 1683, and lasted until 12 September. The invention of the croissant came a couple of months after the siege ended.

Legend has it that a Vienna baker working through the night heard the Turks trying to tunnel under the city walls. This information went to burgomaster Andreas Liebenberg who sent in the city’s troops to beat back the Turks.

This ended the siege and the burgomaster asked the baker to make a pastry in the form of a crescent, the emblem on the green standard of the Ottoman Empire.

The baker produced a flaky bun we now know as the croissant and the Viennese were able to munch on the Turks’ national emblem for breakfast.

That, at any rate, is the legend. But, apart from the historical dates and facts, it is all pure invention — and we’ve believed it for centuries. But thanks to 20th century historians and philologists we now have a clearer picture of the truth.

Tha facts are that the first mention of the word in any dictionary was in 1863 and the first recipe using the name ‘croissant’ was in 1891 — but was for an oriental pastry. The earliest recipe for croissants as we know them today was published in 1905.

For thousands of Britons who went on holiday to France in the 1950s, enthusiastic about French food thanks to Elizabeth David’s cookbooks, the croissant and the café au lait became a synonym for the continental breakfast.

But that didn’t happen to me. I must be the only Briton who spent the summer of 1951 in France without ever eating a single croissant. I was 13 at the time and spending the summer holidays in Toulon with an Italian-French aunt and her family.

She had a little bodega where she mainly sold a couple of wines from the barrel.
It was a meeting place for neighbourhood pensioners who spent the day drinking beer and wine, playing cards and arguing in a mixture of French and Italian argot. I picked up more than a few four-letter words in both languages, especially French.

My aunt got up at five every morning but I didn’t turn up at the bodega for breakfast until 9.30. For her that was late mid-morning and she served a suitable light meal: cooked ham, salami, a couple of cheeses, a baguette still warm from the bakery at the other side of the square, butter and lemonade.

The old boys playing cards, with whom I shared the only large rectangular table, used to top up my glass of lemonade with a splash of their beer — when my aunt was out at the back preparing lunch in her little kitchen. 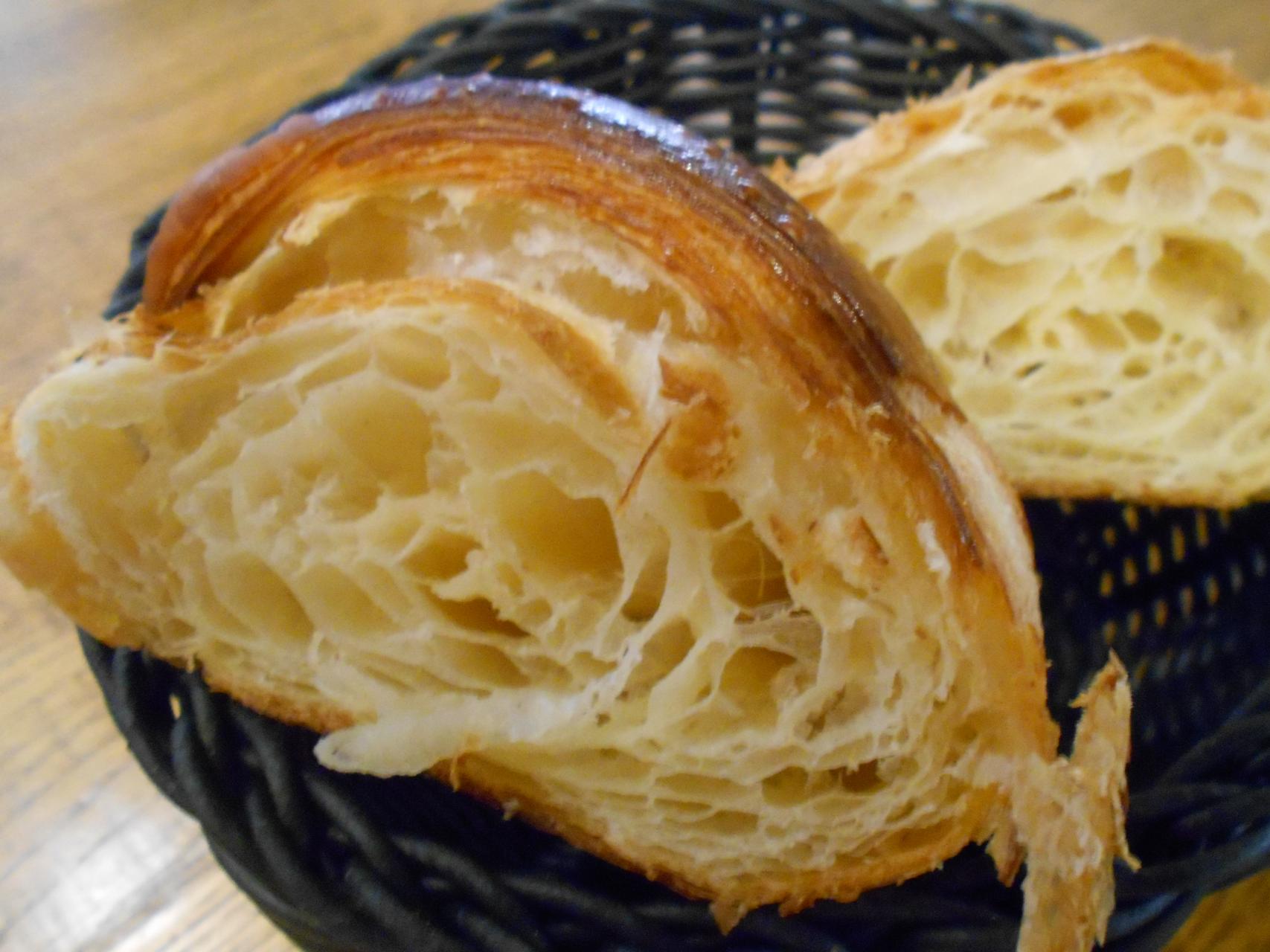 So for part of June, all of July and some of August I never once ate a croissant. But the following year my summer holiday started off in the Paris flat of another aunt and that was when I discovered the delights of croissants eaten with beautifully sweet butter from Brittany.

My aunt was a Breton and always used products from her homeland when they were available. I quickly became hooked on croissants, and for breakfast I had three with lots of butter and a big bowl of café au lait.

In those days French people never drank coffee from cups: it was always served in a big plain white bowl. That bowl was the only French eating tradition I never got used to. Give me a cup every time.

In the Paris of those days there seemed to be a bakery on every corner and all of them made superb bread, croissants and other pastries. And the croissants were always warm.
It didn’t matter which bakery you went to: the croissants were flaky, extremely light and with an intense buttery flavour. That was then.

French people nowadays say croissants are not as good as those of the old days. Even in Paris.

The French newspaper Le Figaro some years ago said Parisian bakers no longer made decent croissants. The paper’s food writer, François Simon, came to the conclusion that croissants in the French capital were ‘rotten’.

Simon went all over the city trying croissants in the different arrondissements and after visiting 40 of the best bakeries, the top croissant was awarded only 11.5 points out of 20. Simon was judging them on looks, aroma, texture and taste.

The croissants sold in Palma bakeries were never up to French standards, even in the old days. This is mainly because most bakeries buy in their croissants, frozen and ready to be popped into the oven.

Croissant dough is as labour intensive as that for puff pastry but in order to save time and money, even some of the small conscientious bakeries find it makes economic sense to buy in their croissants.

But it never makes gastronomic sense, so certain products nowadays are just not as good as they used to be. Croissants are one of them, as Le Figaro food writer François Simon discovered.

Some French bakeries over the years have been doing their croissants with margarine instead of butter. 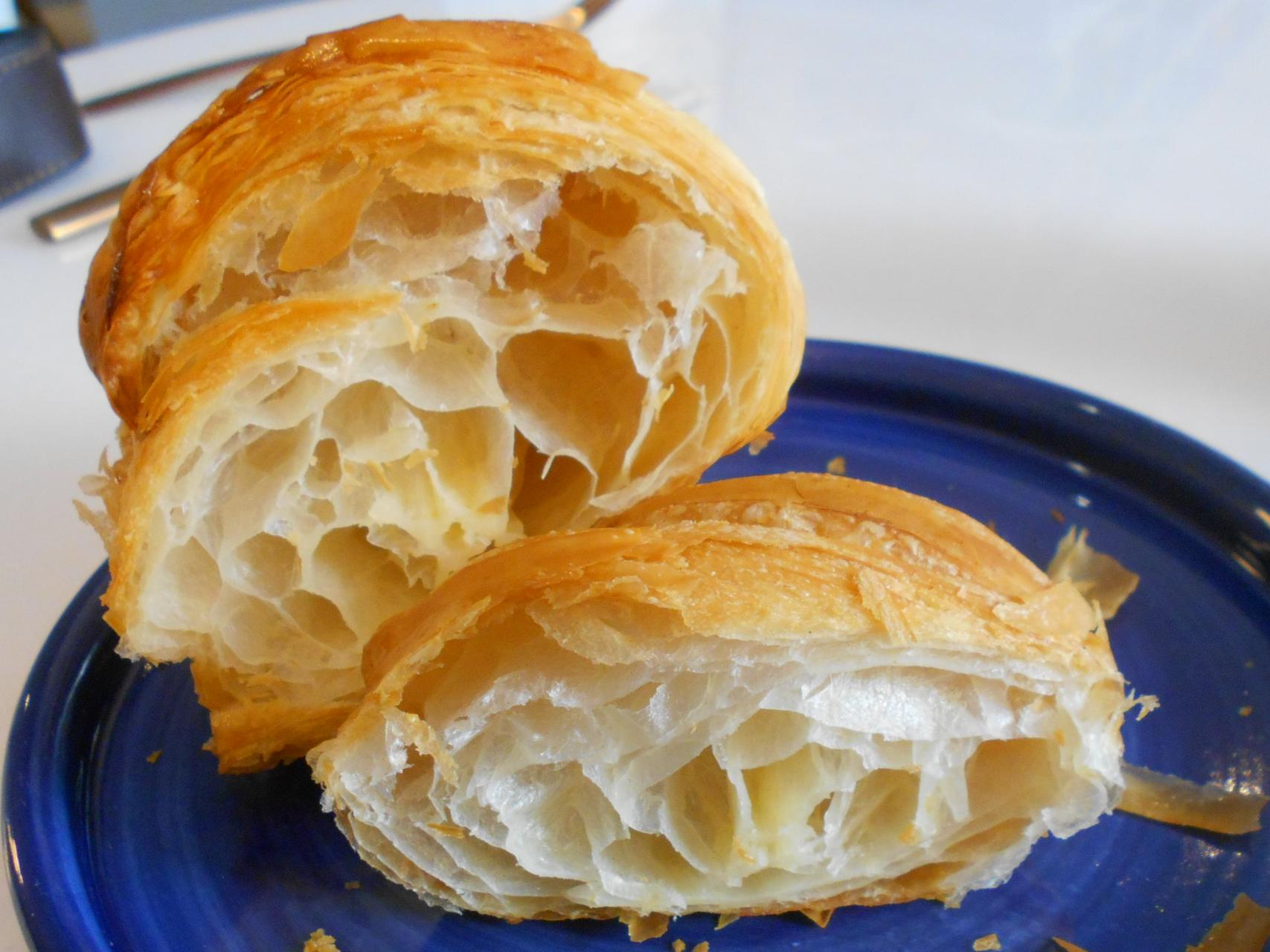 Those who continued to use butter started to make their croissants with a less pronounced crescent shape and they eventually became totally straight. A straight croissant nowadays means it’s made with butter. But some bakers who use butter have kept to the full crescent shape.

I did my own micro-survey to see what the top croissants in the centre of Palma were like. I tried two made by French bakers and a third by the young Mallorcan pastry cook Lluis Pérez, who has a pastry shop/ cafe in Calle Bonaire, is as good as the best French pâttissiers.

My first call was at Can de Paris in the Plaza Olivar opposite the main part of the square beside the Mercat d’Olivar. It is run by a French family that’s been in the business for donkey’s years. They have a very comfortable little room at the back of the shop where you can have croissants, other buns and cakes.

They also do a wide range of breads.

Sitting there was a most nostalgic moment because the croissant had a lovely spongy texture and buttery taste and reminded me of Paris. In the background Charles Aznavour was singing Et Maintenant, which made it even more nostalgic. The price was €1.50 for the croissant and €2 for the coffee.

The coffee could have been stronger and hotter.
The other French place is a tiny bakery called Maison Legrix in Calle Argentería. It is strictly takeaway but there is a wooden ledge outside where two people could have a coffee and a croissant or a cake.

Their croissant was incredibly light, with a nicely brittle exterior and a scrummy buttery texture and taste. The croissant cost €1.60 and the café au lait was €1.40. The coffee was very hot but could have been a little stronger. They also do a range of breads.

The Lluis Pérez croissant was totally straight with good butter flavours and superb layers of flaky pastry. The croissant was €1.80 and €2.20 for the coffee. The coffee could have been hotter.

All three croissants were absolutely splendid and highly recommendable. I’ll be returning to Can de Paris sooner rather than later and if they’re playing Edith Piaf singing La Vie en Rose the nostalgia will be so intense I’ll be crying into my café au lait.

When you say "Can Paris" been there for donkey years, it must be a very young Donkey. I do not recall this being there 10 years ago.