My main reason for going to Azabache this week was to have their escalopes of bacalao in batter, a very good way of doing thin fillets of salt cod — and Azabache does them better than any other restaurant I frequent.

But I am more than a little fickle when looking at a menu and I can easily fall head over heels in love with another dish — or a combo of dishes. And that’s exactly what happened at Azabache.

The duo that caught my eye and put my gastric juices into motion is not usually looked on as a combo. But the choice was a good one because this double act (a gazpacho and an ensaladilla) was so memorable it ended up being a double 10. And that doesn’t happen very often.

A few days previously I had looked at the menu of a new place with prices in the upper stratosphere — including gazpacho at the unheard price of €11. I certainly shan’t be giving them a visit.

So Azabache’s gazpacho at €3.30 seemed like a most inviting starter — and I invited myself to a proportion, asking to have it served in a glass. It was one of the best-ever buys.

It comes with a rather wide straw and I tried it like that — but immediately discarded the straw which deposits only a small amount of gazpacho at the back of the palate. That is not the best way to have gazpacho.

So I started to take large sips from the glass, which is what any Andalusian connoisseur would do. You then get a draught of gazpacho rushing over the tastebuds with its tangy tomato-based liquid and lovely touch of garlic. It’s a most refreshing and exhilarating moment — especially on the hottest of days. 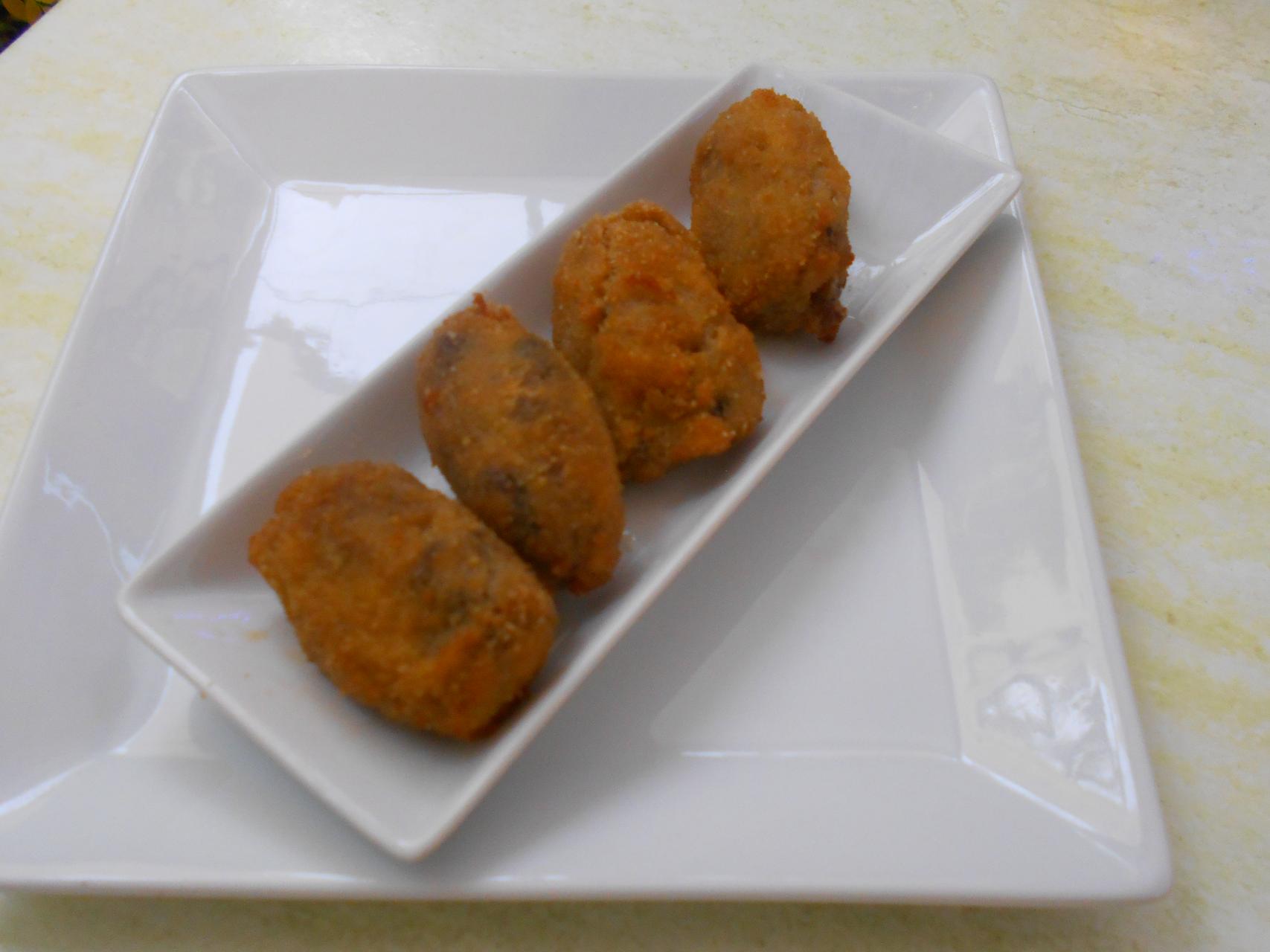 When cooks, professionals and amateurs, are doing a gazpacho the most frequent mistake they make is to be heavy-handed with the vinegar.

But the cooks at Azabache keep everything under control (even the garlic was well and truly in the background) and serve one of the finest gazpachos I have ever had. No wonder I awarded it a 10 after the second sip.

In just about any restaurant that serves mainly Spanish regional food you’ll find ensaladilla on the menu. It can be done with potatoes (when it may be called ensaladilla de patatas) or a veggie mix plus canned tuna (when they may name it ensaladilla rusa).

But it’s usually called ensaladilla and you don’t know what you’re getting until it arrives. I order it every time I see it because it’s a shorthand way of discovering the cook’s attitude towards his job: if he’s making a superb ensaladilla you can assume other dishes will be in the same category. 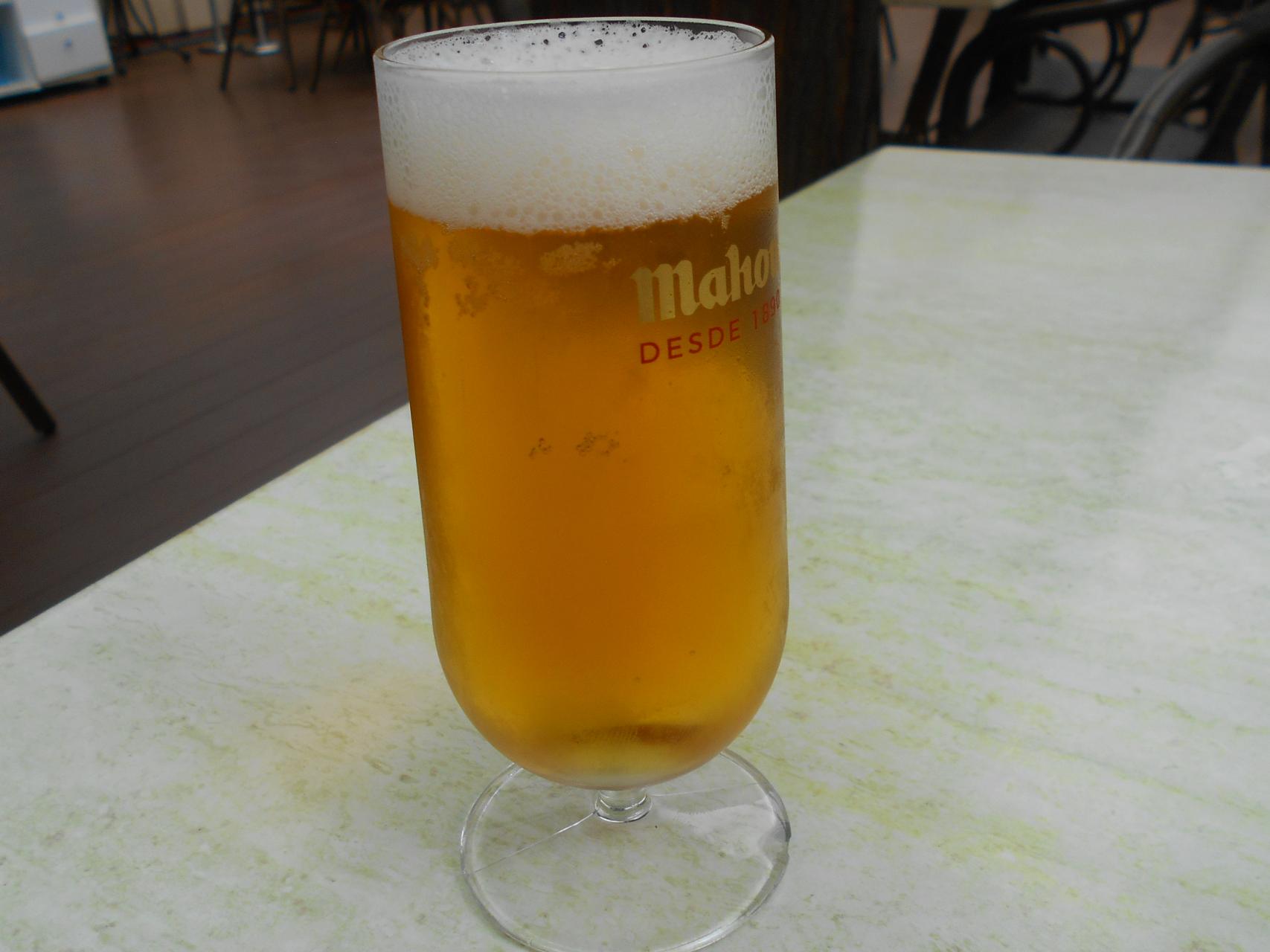 A long time ago I decided the best ensaladilla I come across is Azabache’s. It’s mainly done with potatoes, lots of canned tuna and other little bits including capers. Take note of the capers. They’re not the big squishy ones most restaurants use (because they’re the cheapest) but the tiny tight kind that are the tastiest — and by far the dearest. That’s the right attitude. No wonder I give Azabache’s ensaladilla a 10-rating every time.

If you have a map of Spain and Portugal in front of you and draw a line from Bilbao to Lisbon, then from Lisbon to Barcelona and one from Barcelona back to Bilbao, you’ll have created what is known as the ‘tríangulo del bacalao’ — an area where the world’s best salt cod dishes are made and eaten.

I know very little of Portuguese cooking, but from what I’ve read in recipes and seen in some very good pictures in books and magazines, I’d rate Portuguese bacalao dishes in third place.

The Basques and Cataláns cook the world’s greatest bacalao dishes. And I’d put the Basque Country ahead of Catalonia mainly because there are more icon Basques cod dishes.

But it’s very close: the Cataláns do some marvellous things with salt cod.
The vast majority of these dishes have something in common: the cooking methods are extremely simple — such as coating a thick fillet (called a lomo) in an egg and flour batter and frying it in shallow or deep oil.

The cook’s timing must be spot on or the lomo will be overcooked and will dry out — and that would ruin it. Another way of handling the same cut is to slice the lomo into thinnish escalopes, dip them in batter and fry them for a short time in shallow or deep oil. That was how Azabache did them. 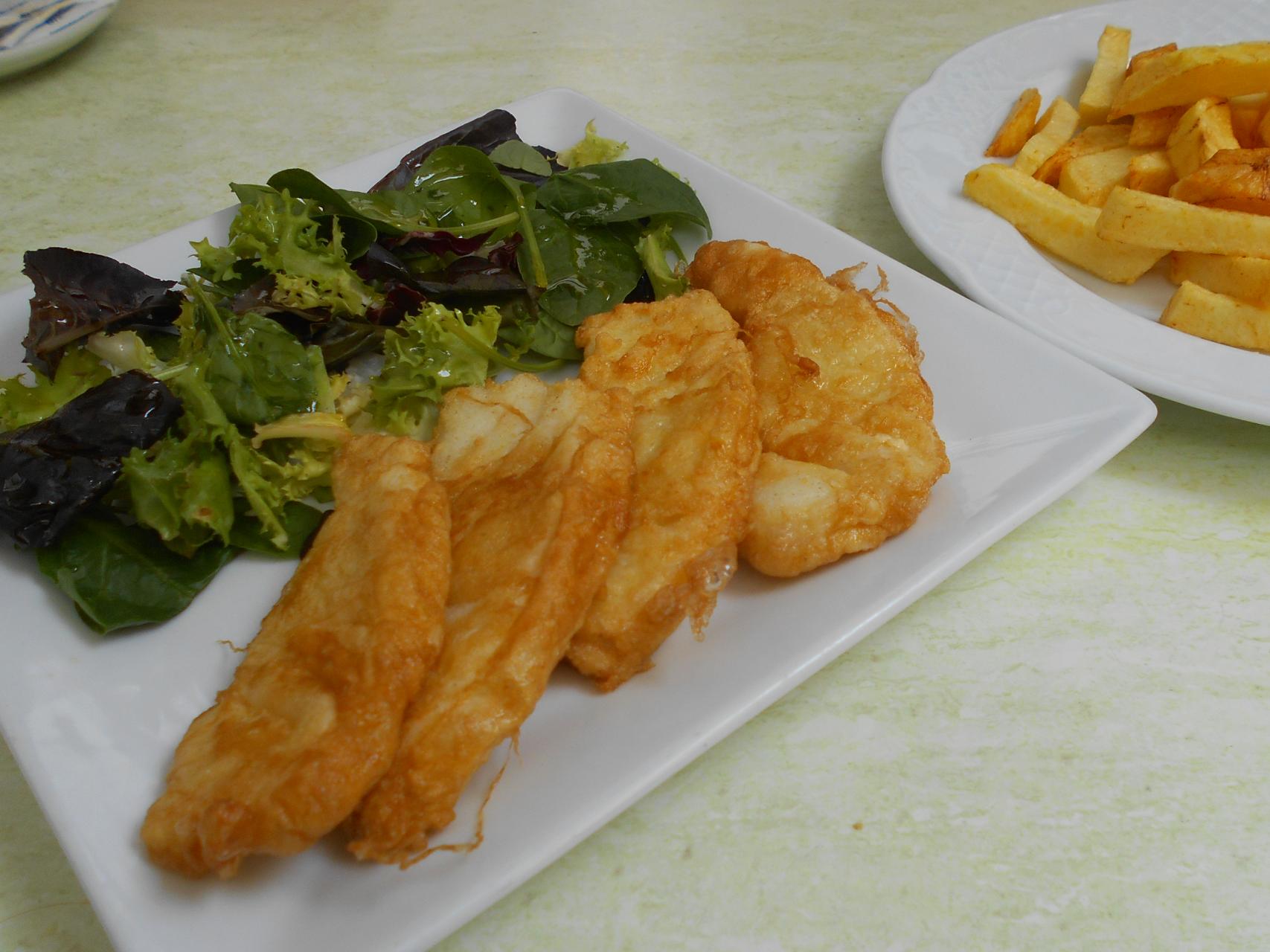 Thinnish escalopes are an elegant way of eating bacalao but they are more difficult to cook because there is less margin for error. Twenty seconds longer in the hot oil can mean the difference between success and an embarrassing failure.

But the timing was exact and the escalopes were beautifully done. Served with some chips (straight from the deep-fryer) and very fresh salad greens, this was a most satisfying mains and well worth its 10-rating.

Some ham croquettes were also a delicious cooking experience. The paste was very soft (making it much more tricky to breadcrumb or coat with flour) and contained a generous amount of diced cured ham.

These are the kind of croquettes that can easily burst when deep-fried and that would be disastrous. But the deep-frying produced a lovely crisp flour coating without residual oil. This was tour de force deep-frying and highly appreciated. 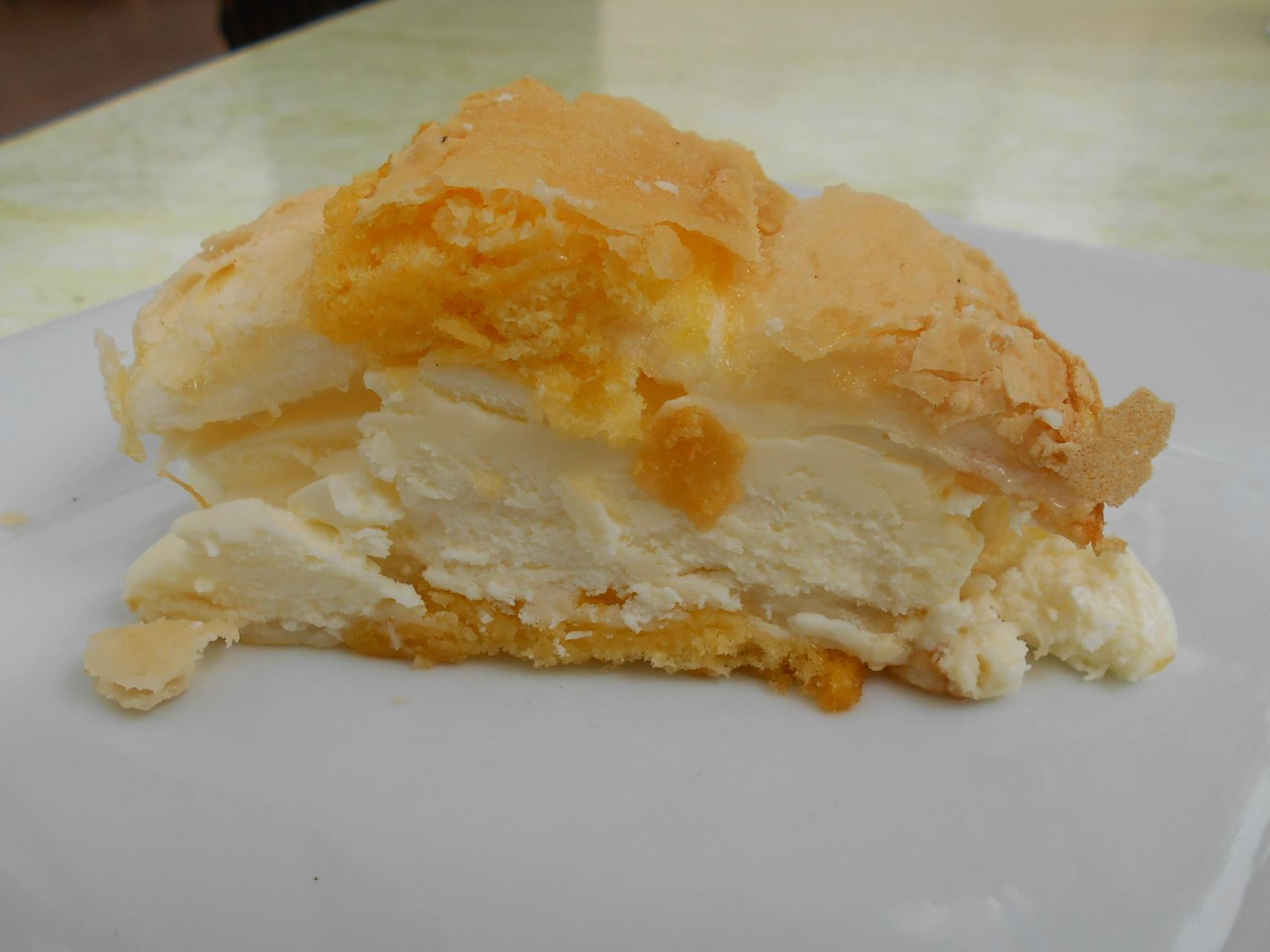 The little pastry called cardenal, made with sponge fingers and soft meringue, is the perfect end to a meal because it is light and not too sweet. The cardenal is so popular on the island that many people think it is of Mallorcan origin. But it actually hails from Austria.

Azabache is a Basque restaurant with several well known specialities on the menu. But even more important is that they have the true Basque attitude to good eating: they use high quality products, have conscientious cooking standards and keep their prices down. Azabache’s hordes of Basque regulars are like Basques everywhere: they want to eat well but at a reasonable cost.

Today’s prices reflect those ideals: €3.30 for a glass of 10-rated gazpacho and €3.50 for a half portion of ensaladilla, also worth a 10, are impeccable and unbeatable. Their ensaladilla is the best I have ever come across and the gazpacho was faultless. But it didn’t stop there: the batter-fried bacalao fillets, a favourite Basque way of serving salt cod, were also flawless and served with chips straight from the deep-fryer and very fresh salad greens. That was another 10.

Restaurante-Café Azabache, Avda Argentina 49, Palma. Tel:971-222461. Closed on Sundays. They don’t do a menú del día but their dish of the day is always a good economical buy. Azabache has a long list of regulars and the place can fill up on any day of the week, so it’s always a good idea to make a reservation.