Seaweed is one of the most ignored features of our marine habitats. And if the moment you read the word seaweed the first image that comes to your mind is of the piles of dark strands you see accumulated on some beaches around Mallorca, think again, because they are not actually seaweed. Those piles are the remains of a marine plant, Posidonia oceánica, one of the most important and valuable species on our coasts which provides us with multiple benefits. More about its importance in another article.

A plant like Posidonia is not the same as an algae or seaweed, even though they share the same habitat and, generally, colour. What is the difference? The plant has differentiated parts: like any other plant it has flowers and fruits for reproduction and roots with which to absorb nutrients from the soil. Seaweed has no differentiated parts. It attaches itself to the substrate without taking nutrients from it and has neither flowers nor fruits. 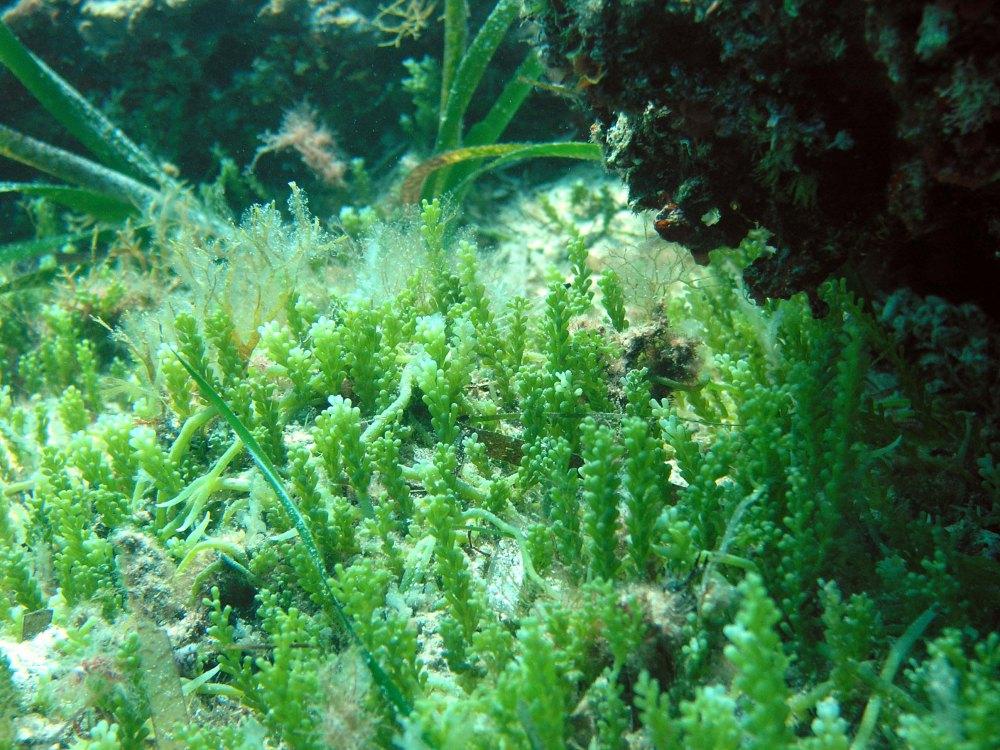 There are thousands of seaweed species worldwide. Some of them are part of the ecosystem in which they naturally occur, but others are not. We call them exotic because they have been transported from one part of the world to another. Some alien species establish themselves very successfully in their new destination, growing and expanding quickly these are invasive. This can have a huge impact on the habitats where they have arrived as they compete with the local indigenous species for space, food, resources, etc. disrupting the ecosystem and threatening others that live in it.

Are all invasive species bad? Not necessarily, some of them might find a small niche without causing much havoc, whereas others can be a massive threat. However, in case of doubt, better not to take risks.

In a world as globalised as ours, there are many ways in which seaweed can be ‘transported’ from one part of the world to another. The first source of exotic seaweed entering the Balearic Sea was the opening of the Suez Canal; by connecting two seas it allowed for species from the Red Sea to enter the Mediterranean and viceversa. The second source is maritime transport and shipping. Vessels often carry seaweeds on the anchor, in the ballast water, on their own hull, or in the fishing nets. 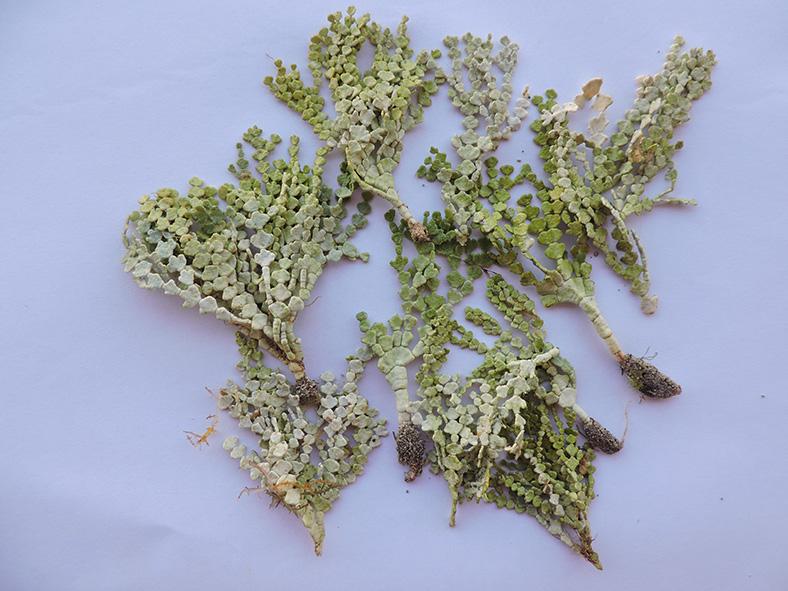 The spread of invasive species can be prevented if measures are implemented by vessel owners and companies, but action is needed at a global level. Marilles Foundation has been supporting the citizen science platform Observadores del Mar with the dual goal of collecting data in a cost-effective way whilst engaging divers, fishers, sailors and any willing citizens in marine conservation. One of the fifteen projects in the platform is about invasive species.

The project has two main objectives; the first is to identify whether new species are arriving on our coast; the second is to monitor progress of the invasive species already here. Guidelines and fieldguide illustrations are provided so that any individual can contribute to this project by taking a photo of invasive seaweed and uploading it to the website observadoresdelmar.es.

Currently there is an invasive seaweed from Asia called Rugulopteryx okamurae, that is creating great concern in Mediterranean waters. Native to temperate seas near China, Korea, the Philippines and Japan, it has already been reported in the Andalusian coast in Southern Spain and is spreading rapidly, occupying up to 50% of the seabed at depths between 5 and 25 metres, covering the whole area and eliminating the native species, thus threatening biodiversity. 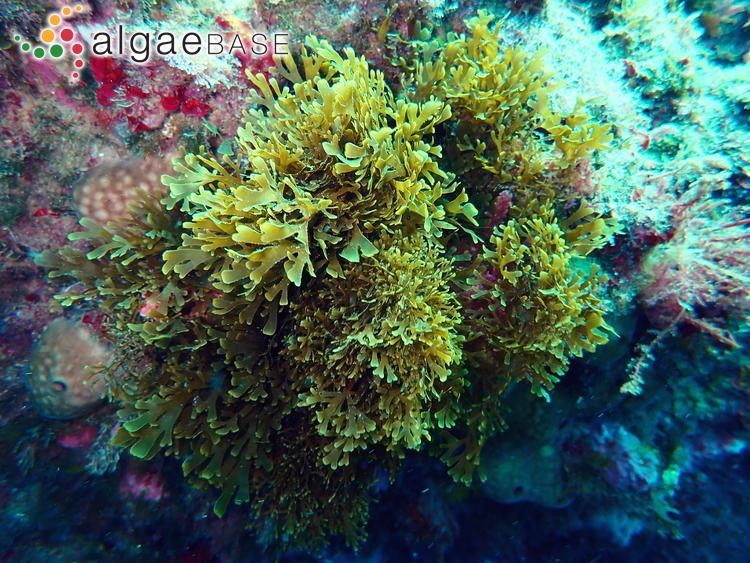 It is the most rapid and intense invasion to occur to date, and while it has not yet been seen in the Balearic Islands, it could appear at any time. Any early warning of a sighting of seaweed Regulopteryx is of vital importance so if by any chance you come across it, please, take a photo, and upload it onto www.observadoresdelmar.es