We’d almost forgotten what the sunset from Randa looked like. The event was cancelled last year and postponed earlier this summer because of ‘you know what’ restrictions, but now we were back. The Classic Car Club has been putting on this fabulous Sunset Picnic car show every summer for a very long time and it’s one of the big faves with members. 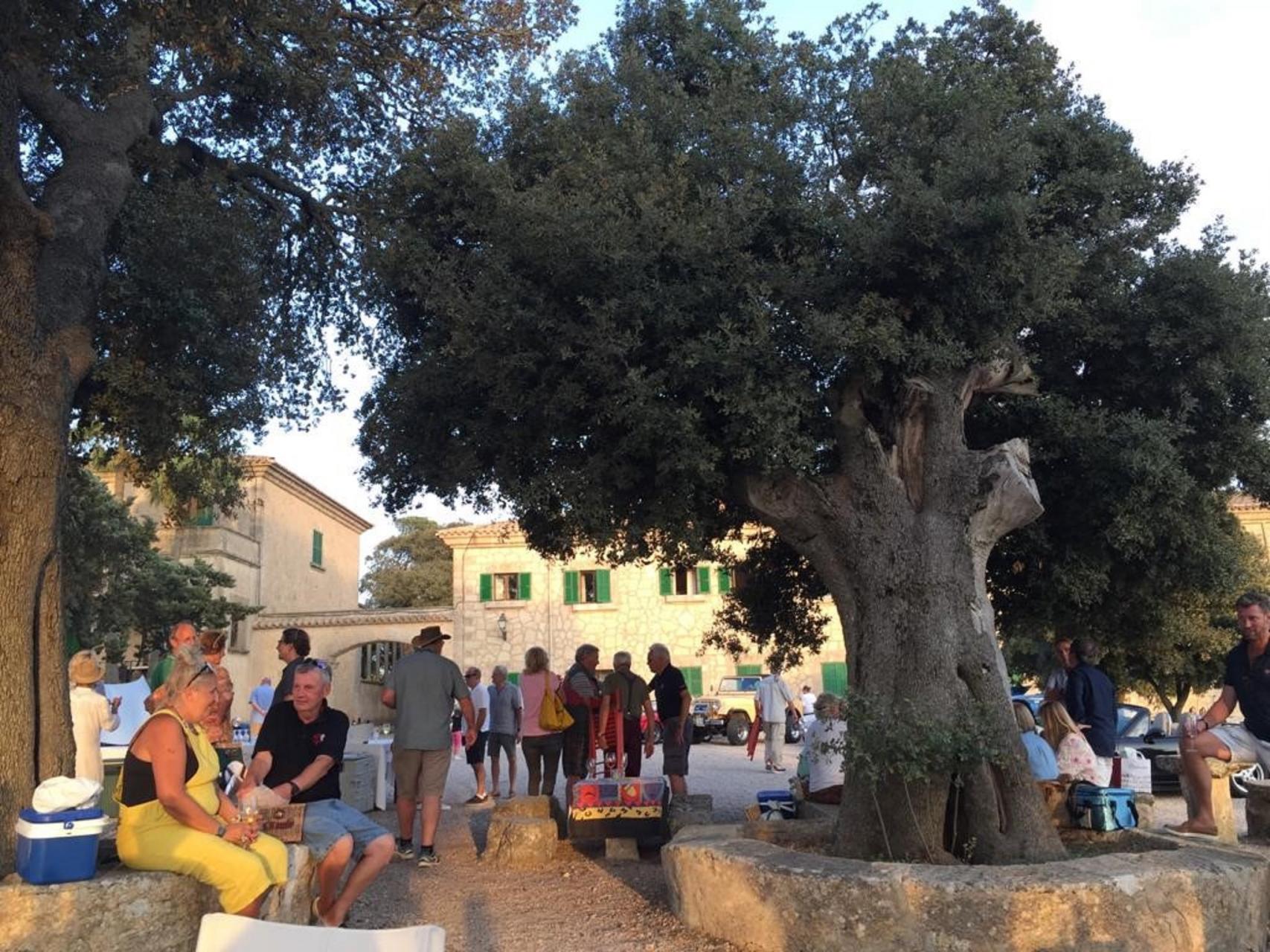 A unique combination of stunning scenery, fantastic hospitality from the venue and a private parking area in front of the monastery just for us. It’s ‘the’ venue for this kind of event. And let’s not forget the cars, that’s why we were there. 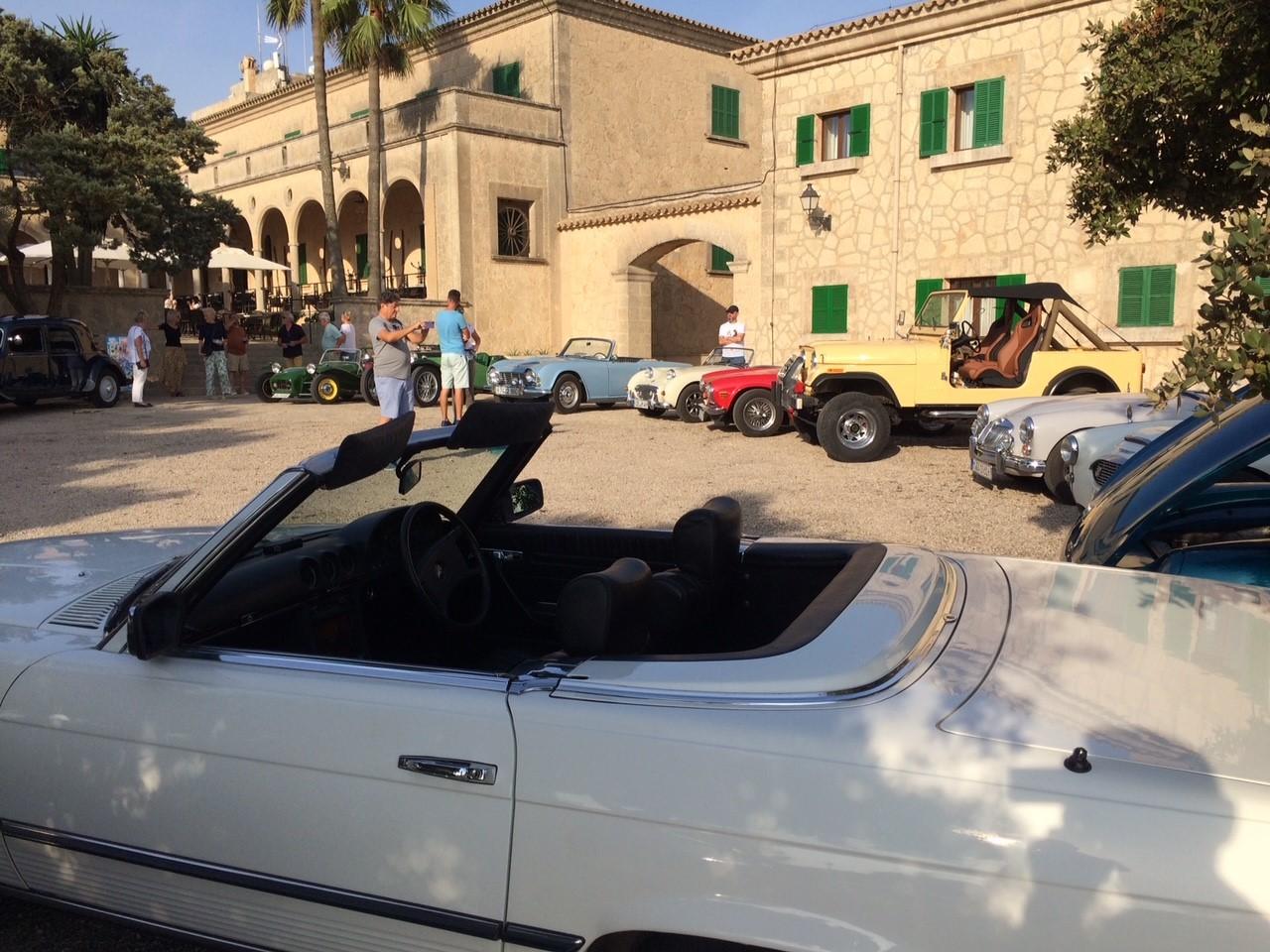 The sunset did not disappoint and neither did the cars, as I guess you’d expect. It is the Classic Car Club after all. What I wasn’t expecting however was the mixture. A rich mix of British sports cars. How’s 70% as a majority. Almost every make was represented, let’s try alphabetically. A very long word for me, I know.

So start with the AC Cobra, perhaps debatable to some with its American engine, but the car is an AC after all and about as English as they come. AC was founded in 1901 in north London and it stands for Auto Carriers. Not a very inspiring name for one of the most iconic cars ever made, I think you’ll agree. Apart from which to call an AC Cobra an ‘auto carrier’ is rather a misnomer. 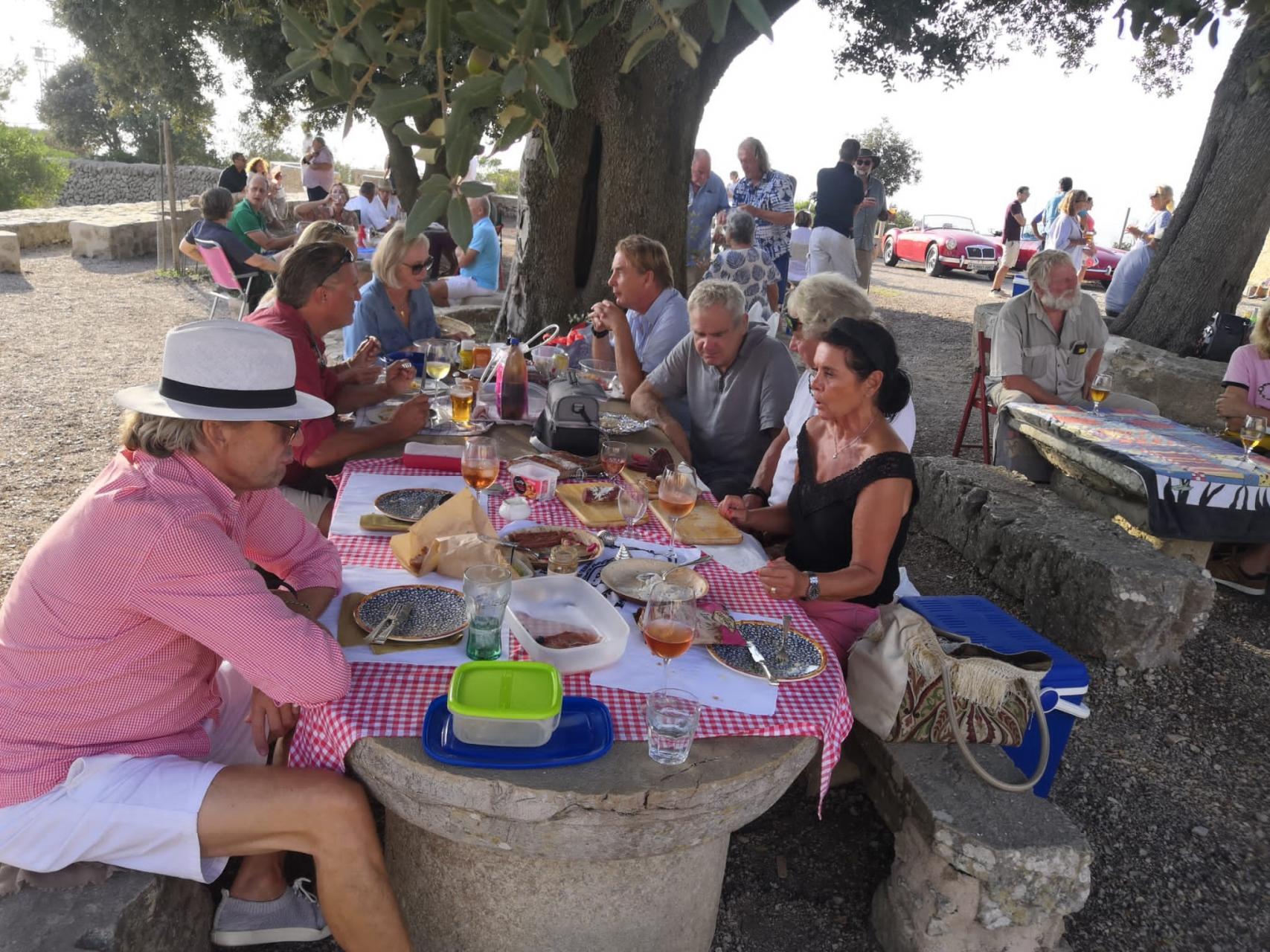 Austin Healey is next with two fine examples, the diminutive Sprite and it’s bigger brother the 3000. No guessing the engine size of that one. Both in that rather evocative ‘50s creamy white which only British classics do. 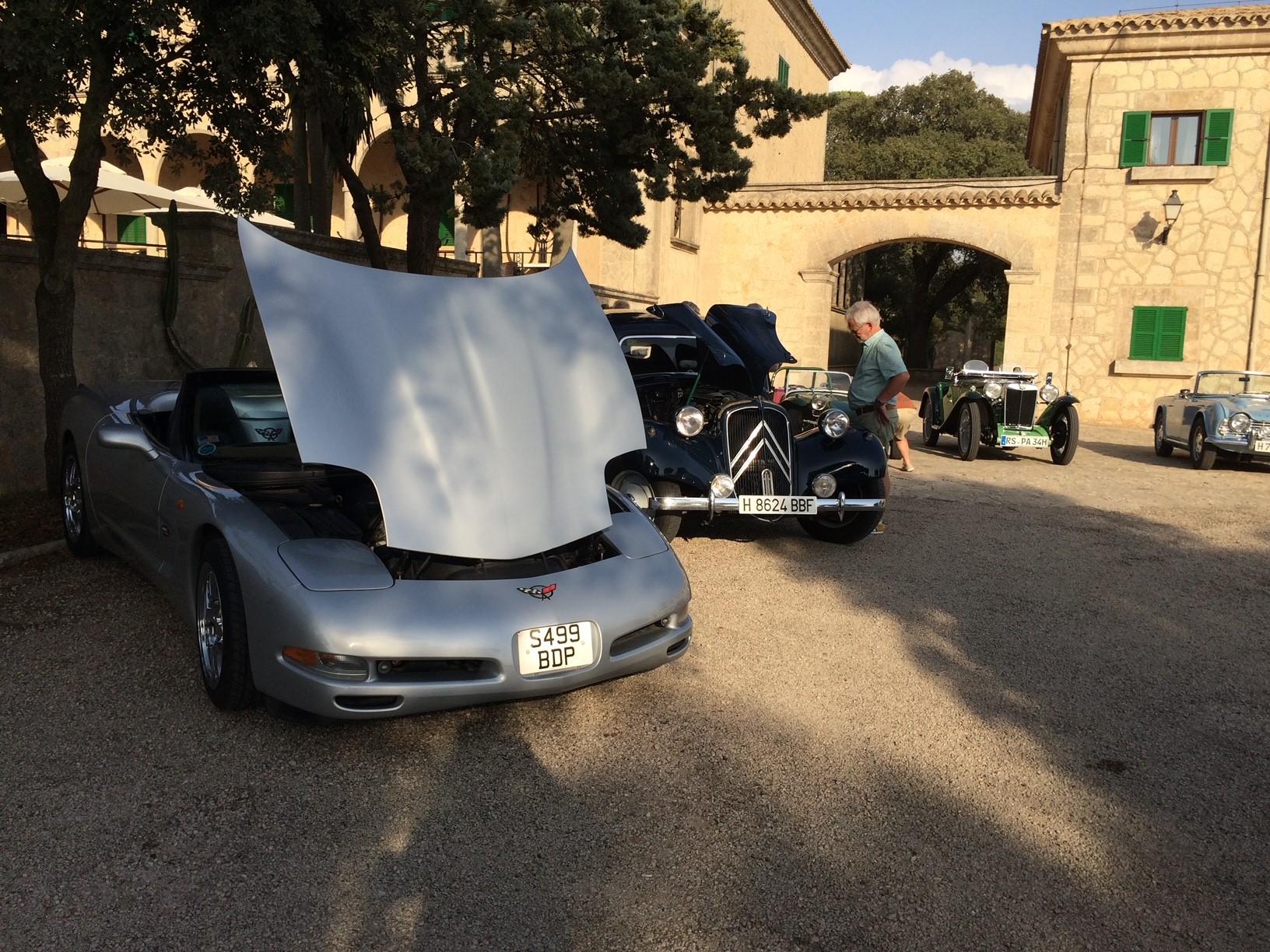 Then Jaguar, the E-type in red, not much one can add to one of the best looking cars ever made. Everyone’s favourite. Lotus would be next with a freshly rebuilt early 7 in British racing green, well what else? Very low and could be more comfy according to the owner’s wife, I didn’t see much padding on the seats, so I take her point. 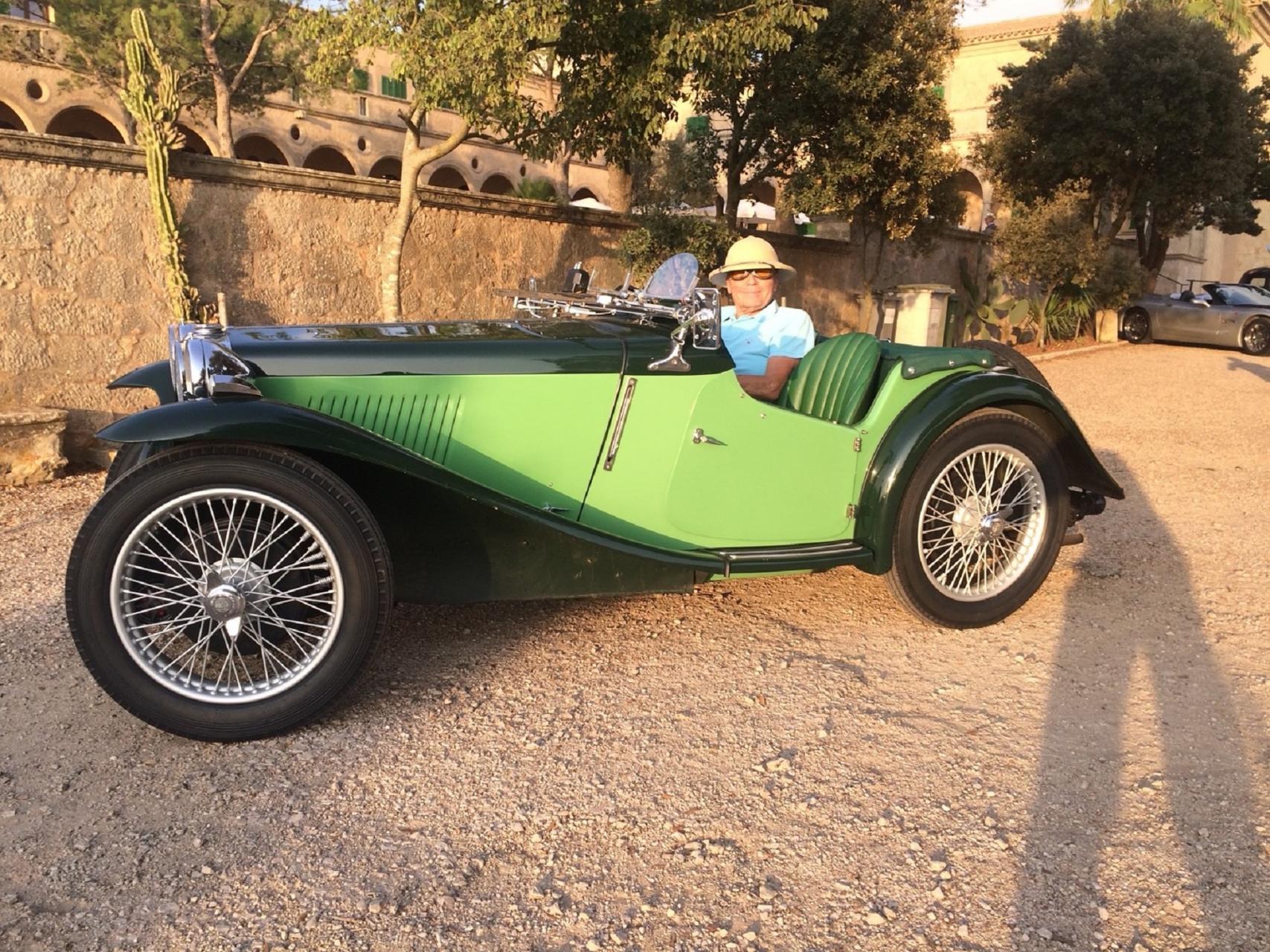 Now onto MGs, probably the first make to spring to mind when British sportsters come up. Two wonderful MGAs, red and light gray. And a gorgeous TA fresh from restoration. Apparently the colours are Dublin green and perhaps Apple green. 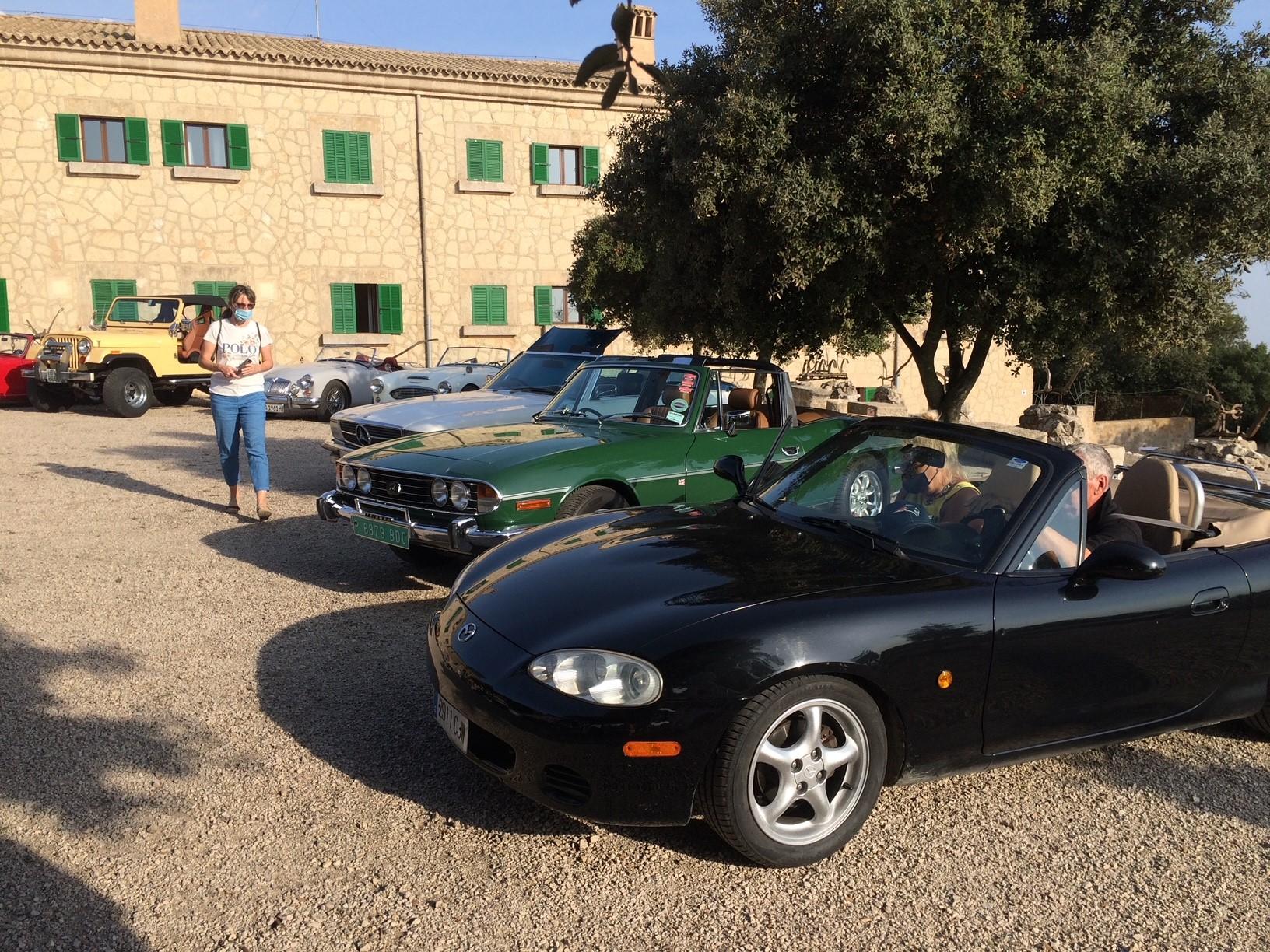 T comes next for Triumph. Baby blue TR4A and a red TR6, don’t see many of those around. Could be the combination of plenty of oomph and a chassis from the ‘60s has taken a few out of circulation. And the Stag, Triumph’s answer to the Mercedes SL. Unfortunately after a great start with an amazing car, British Leyland rather failed to follow up and dropped the ball on what could have been. 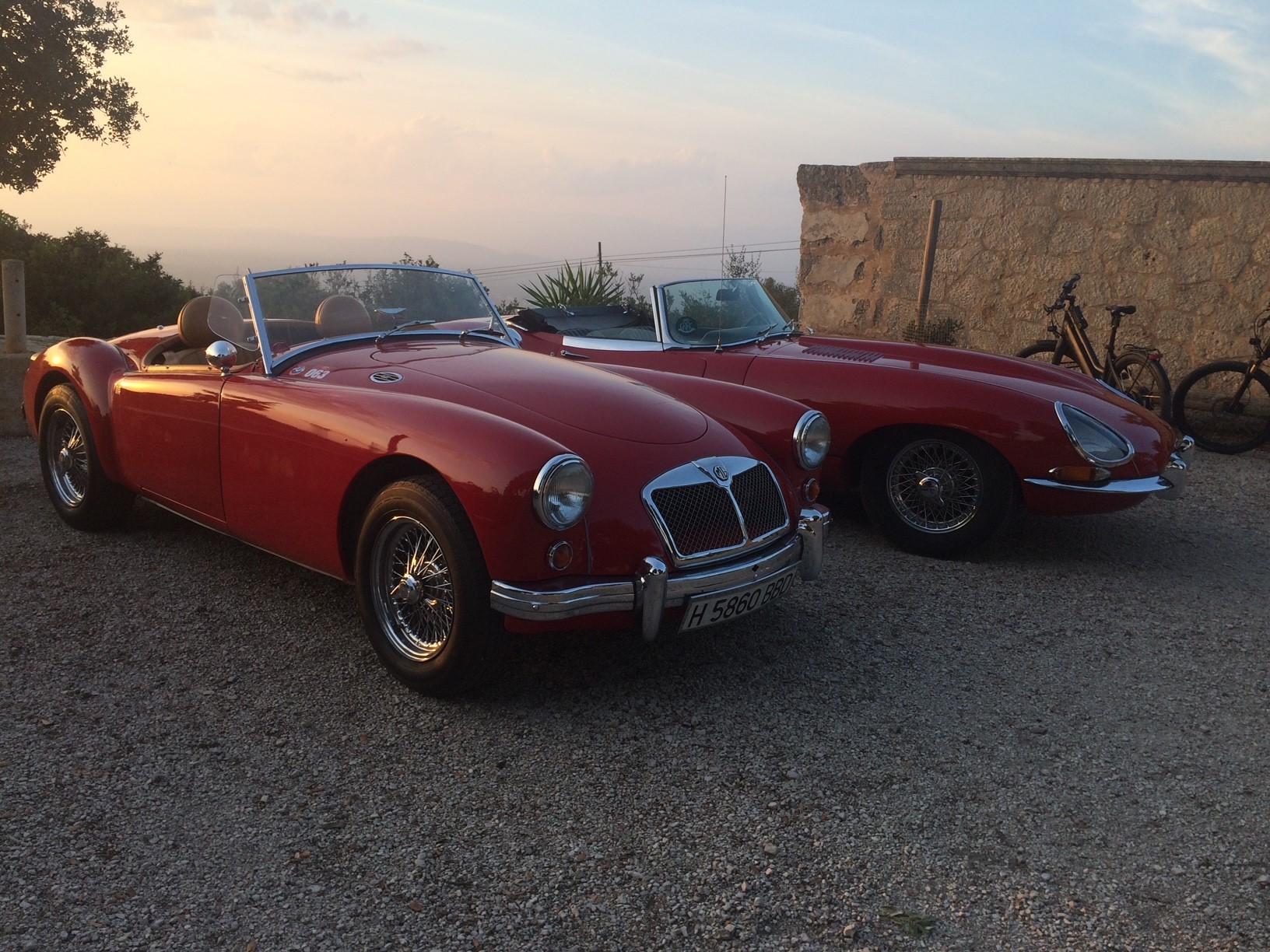 Almost forgot, last but not least, TVR. Great metallic turquoise paintwork and 4 litres of V8 make the Griffith a tasty motor. To my mind the last of the great TVRs under Peter Wheeler’s stewardship. Apparently his dog assisted in the body design by taking a bite out of the foam styling buck. Nice front indicator recess I think.

Of course none of it would be much fun without the stellar picnics, the open bar and naturally the people. Being Classic Car Club petrolheads we are a very nice bunch. Don’t take my word for it, next time bring your wheels and see for yourself. Over and out for now.