The Cathedral of Santa Maria of Palma, or La Seu, holds many secrets, its history spans 8 centuries, and it offers spectacular views of the Balearic capital and beyond.

Building began on the site of a Moorish mosque in 1229 on the orders of King James I, but the cathedral wasn’t actually finished until 1601. It soon became one of the most admired temples in the world and intellectuals and artists alike were captivated by its architecture, including painter, poet, journalist and playwright, Santiago Rusiñol, who declared his love for Mallorca many times.

The Cathedral was built in Catalan Gothic style with a smattering of European influence and is 121 metres long, 40 metres wide and 33 metres high in the central nave. 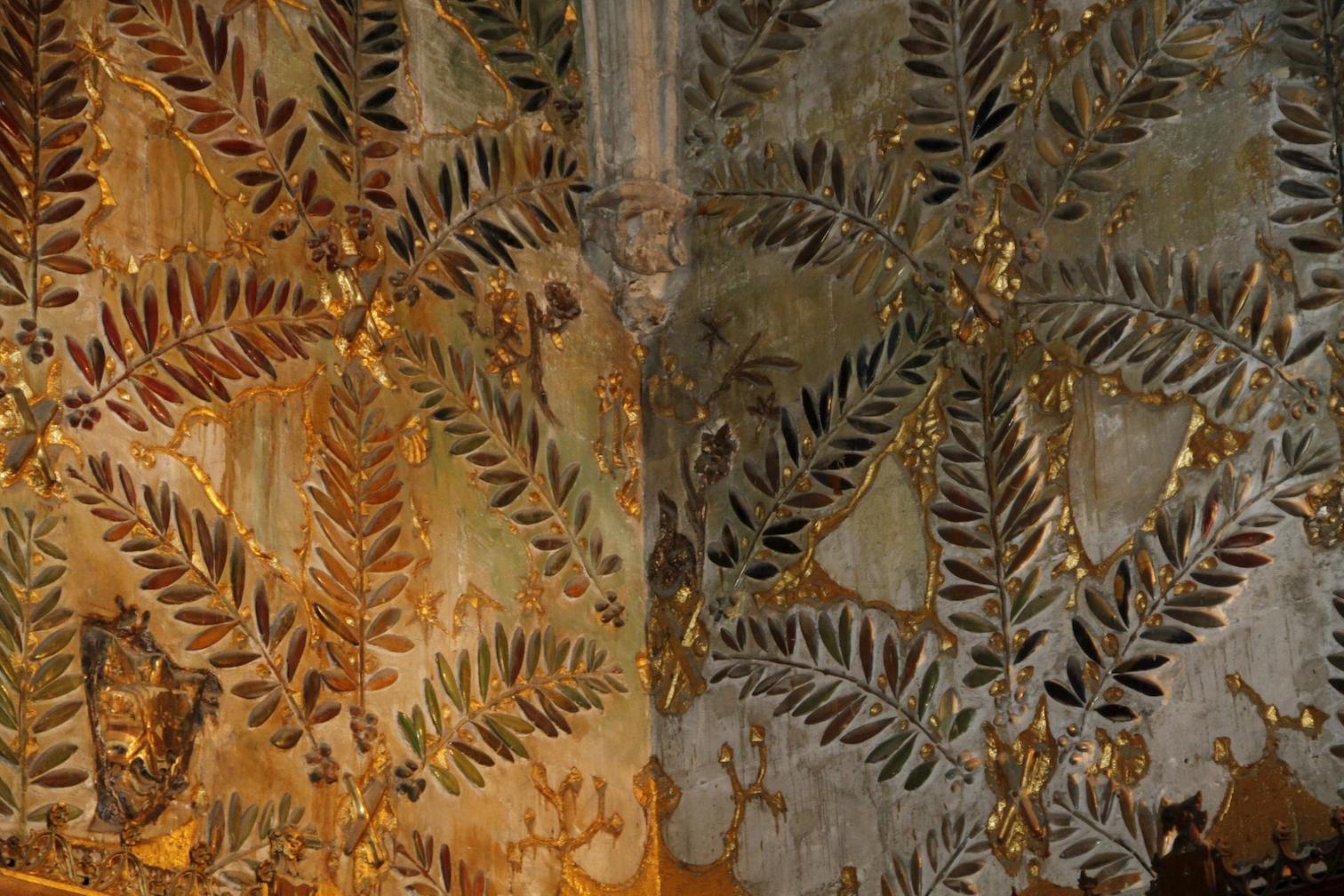 Restoration work began in the 1850’s and in 1901, Bishop Pere Joan Campis asked the famous Spanish architect, Antoni Gaudi to take over the project. He moved the choir closer to the alter and added a large canopy, but abandoned the project in 1914 after a row with the contractor.

Palma Cathedral has one of the largest rose windows in the world and the ‘gothic eye’ as it’s known, is 13 metres in diameter and contains around 1,236 crystals. 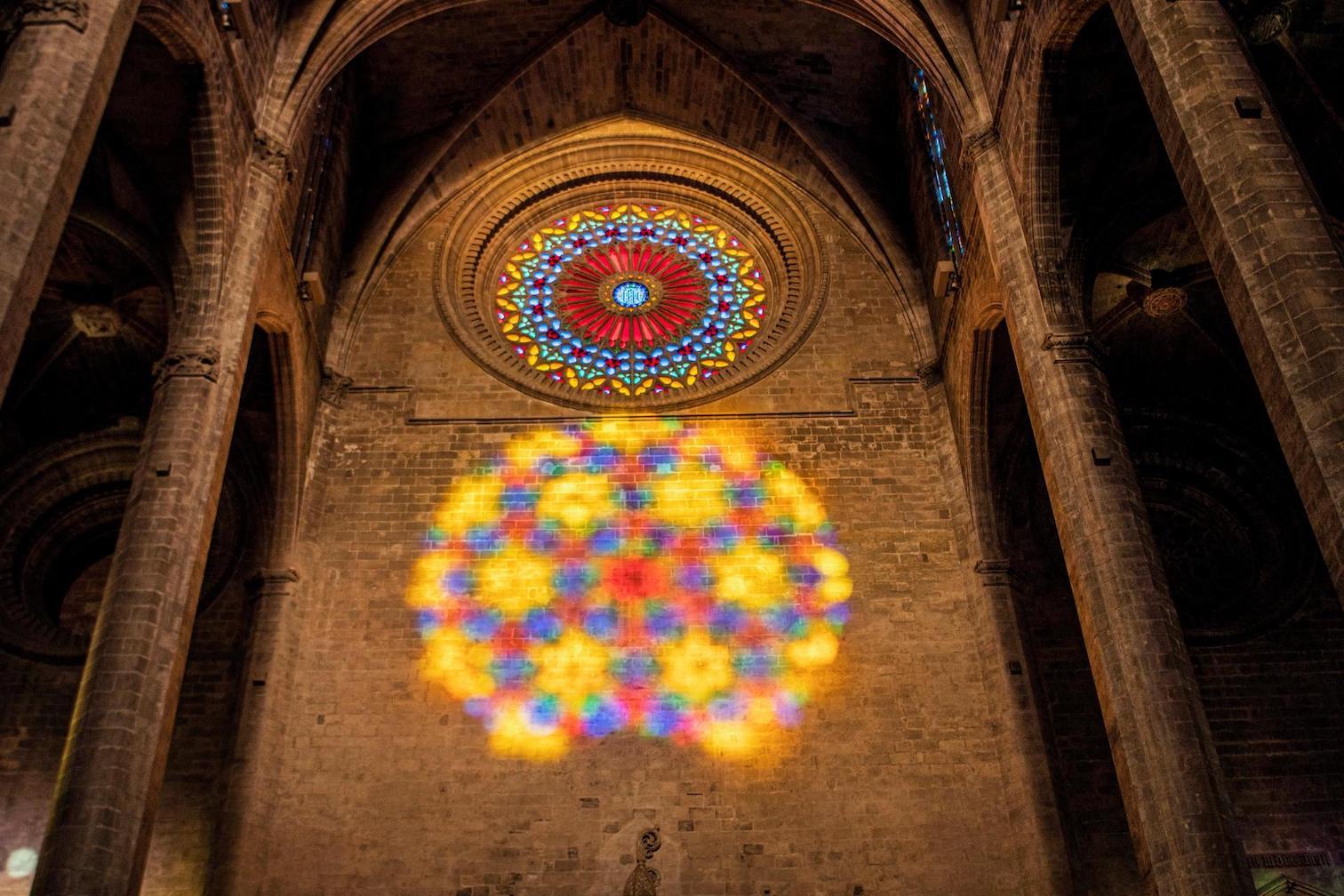 The Fiesta de la Luz takes place on February 2 and November 11, which is when the major and minor rose windows of La Seu line up to form a truly beautiful figure 8.

Historians claim the rose windows were not deliberately built for that reason, but twice a year hundreds of spectators get up before dawn and make their way to the Cathedral to watch the first rays of light illuminate the main façade and unleash an explosion of colour from the 1,116 pieces of glass in the window.

During the Spanish Civil War the rose window was damaged when a bomb fell on La Almudaina Palace next door and had to be restored. 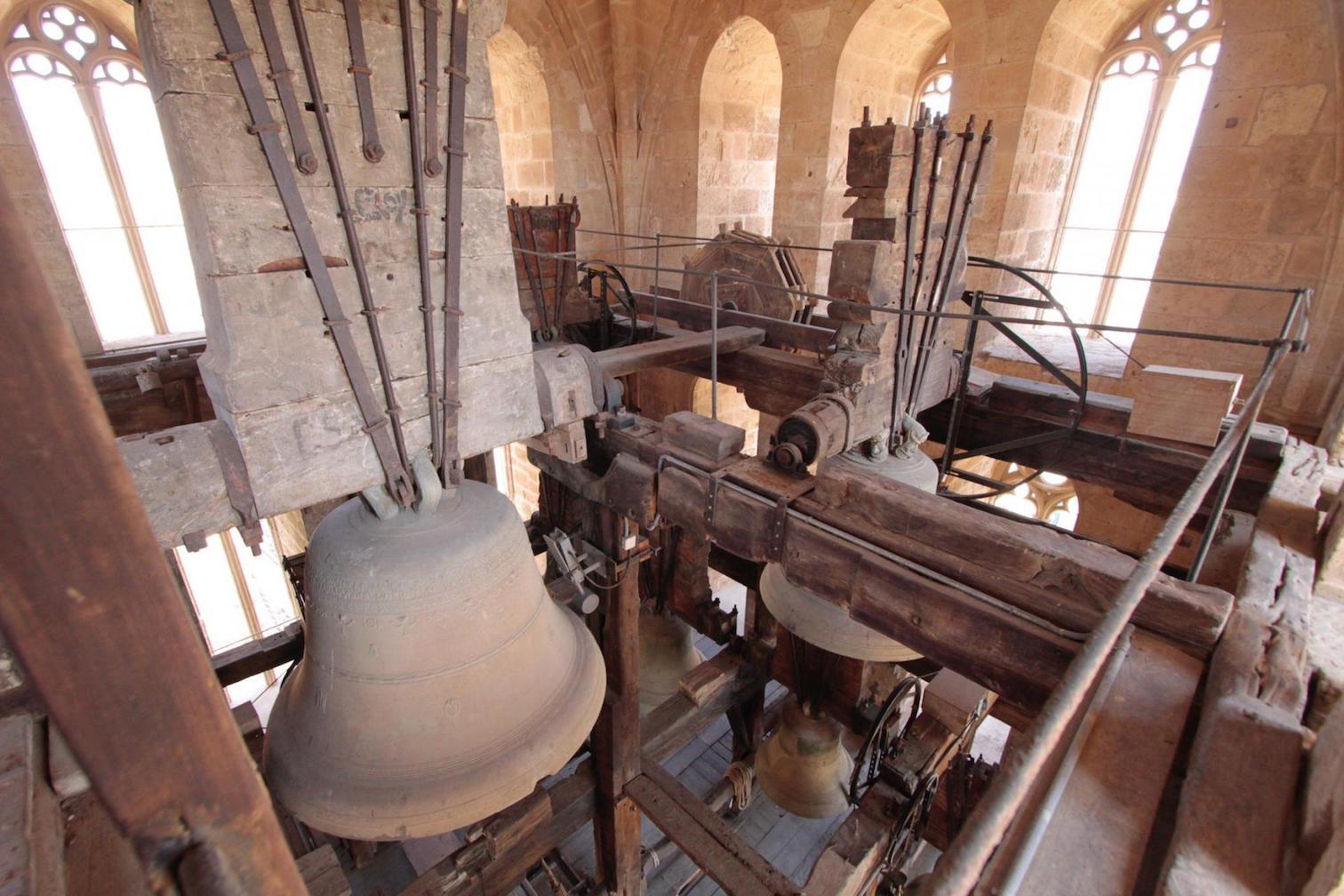 The Cathedral has 9 bells and they all have names. The biggest one weighs 4,500 kilos and is called n’Eloi and the others are called na Bàrbara, n’Antònia, sa Nova, na Mitja, na Tèrcia, na Matines, na Prima and na Picarol. 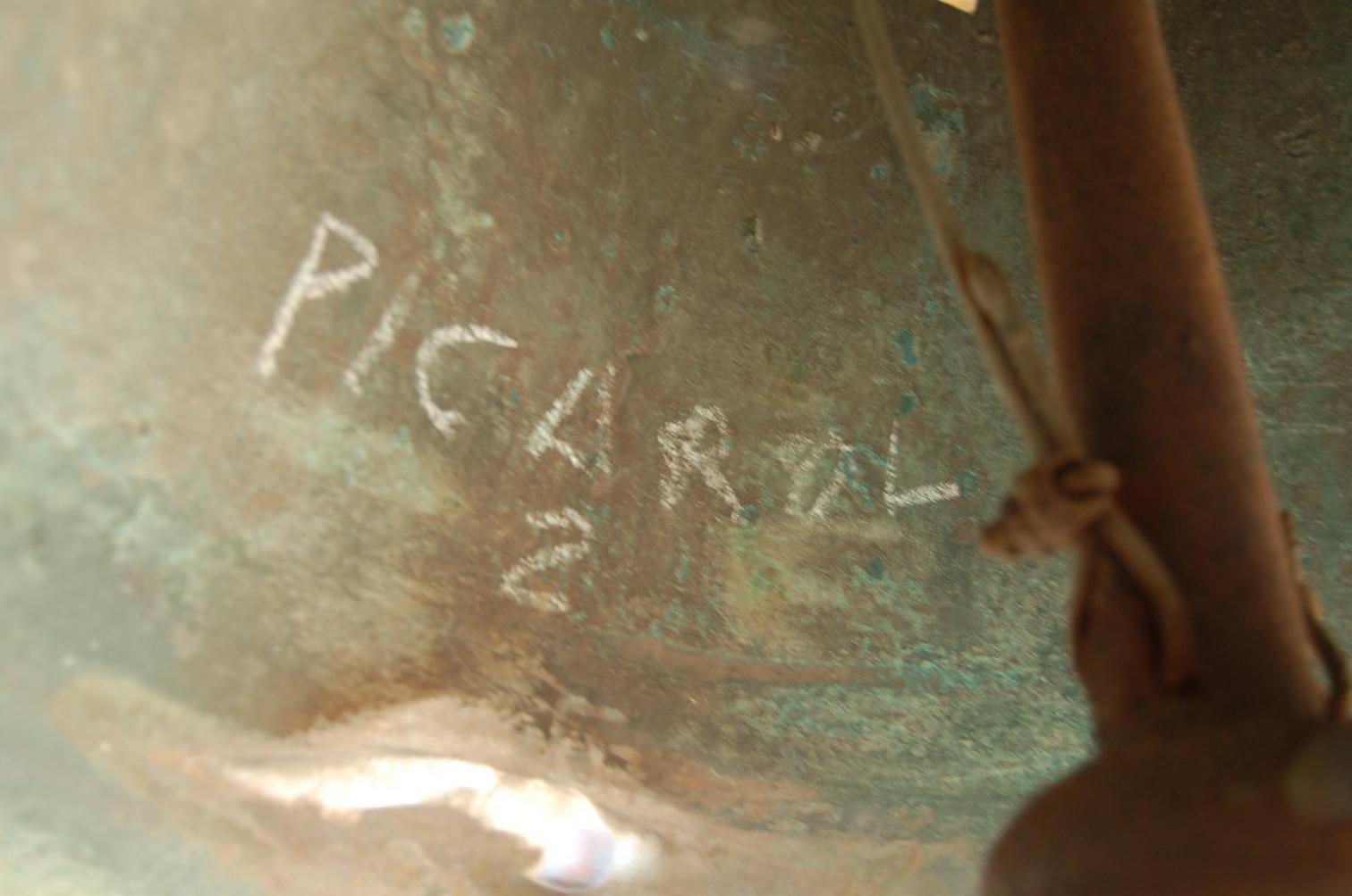 The bells of La Seu were installed at two heights and they are rung at different times, some on working days to announce Mass, others for liturgies on Sundays and holidays. For years, they were used to make people aware of different religious and civil events and festivals. 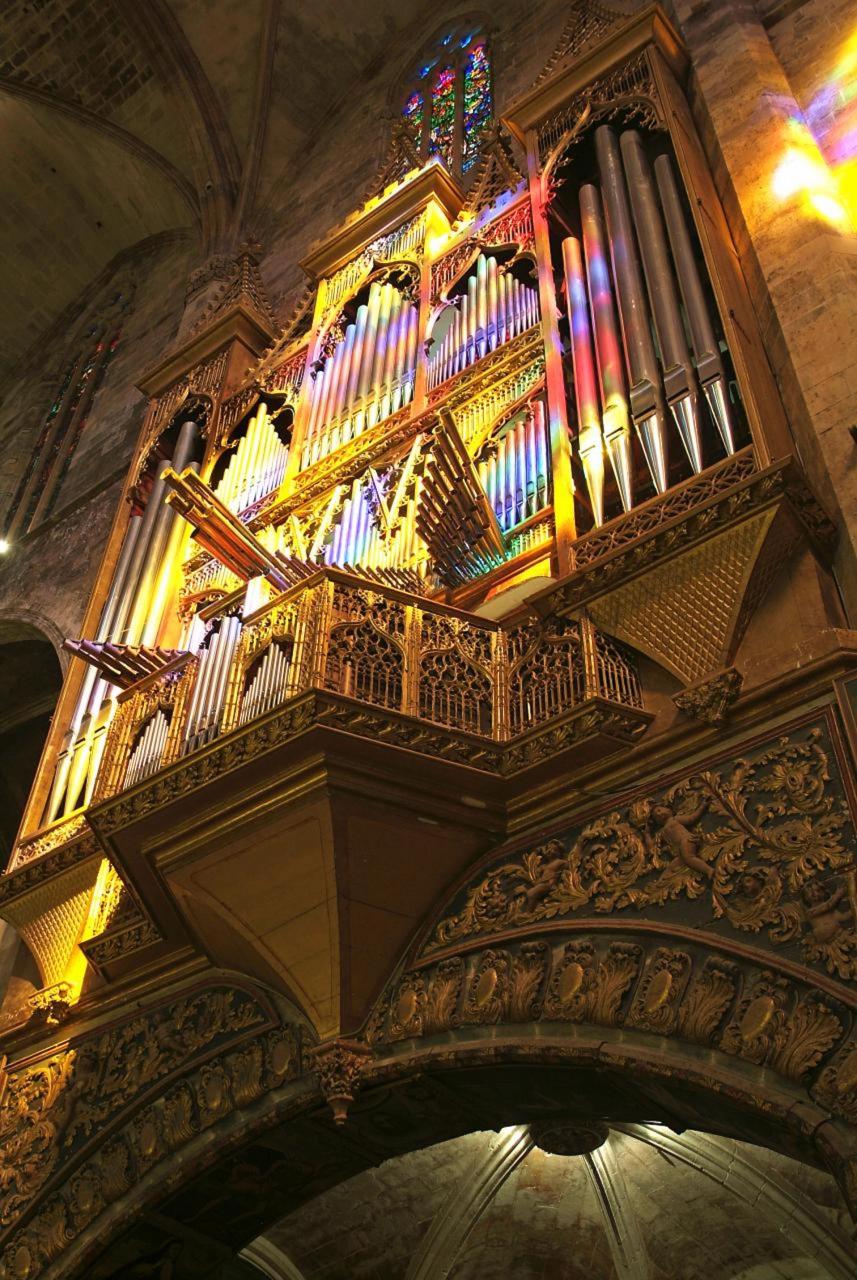 The organ arrived in Palma before the Cathedral was finished and according to historians, the first mention of it was in 1328, when it was in the Chapel of the Trinity.

It has four 56-note keyboards and a 30-note pedal and is still one of the most important elements in the liturgy of La Seu, which is why great importance is paid to its conservation. 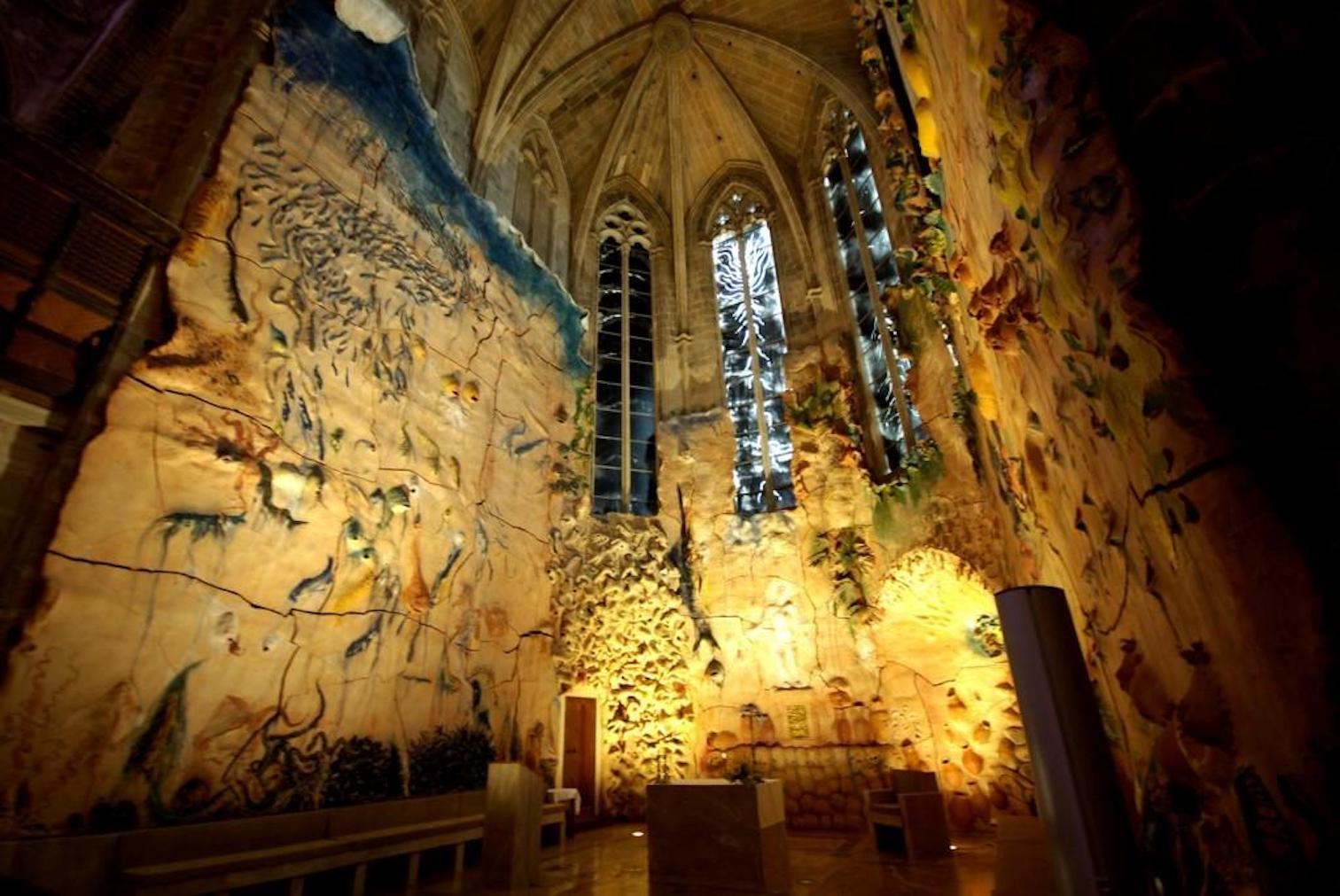 Between 2001 and 2006, the Mallorcan artist, Miquel Barceló painted a mural in the Capilla del Santísimo, which was inspired by the evangelical miracle of the loaves and fishes. 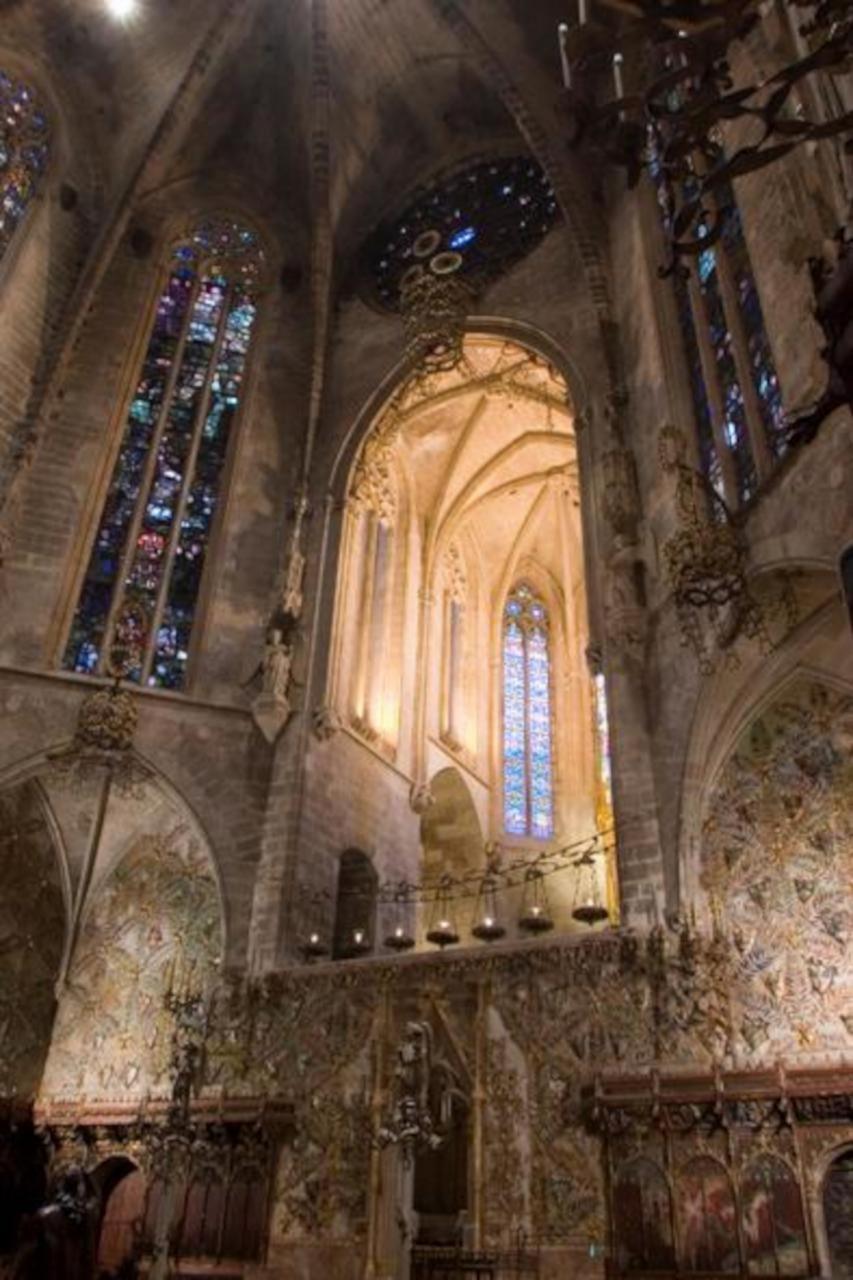 In 1306, James II ordered the construction of the Chapel of the Trinity, which became a Royal Mausoleum for the tombs of the sovereign kings of Mallorca; James II and King James III.

There are more than 200 steps from the lower to the highest part of the Cathedral and guided tours offer visitors an insight into the many different corners and secrets of La Seu, the bell tower and the flying buttresses. 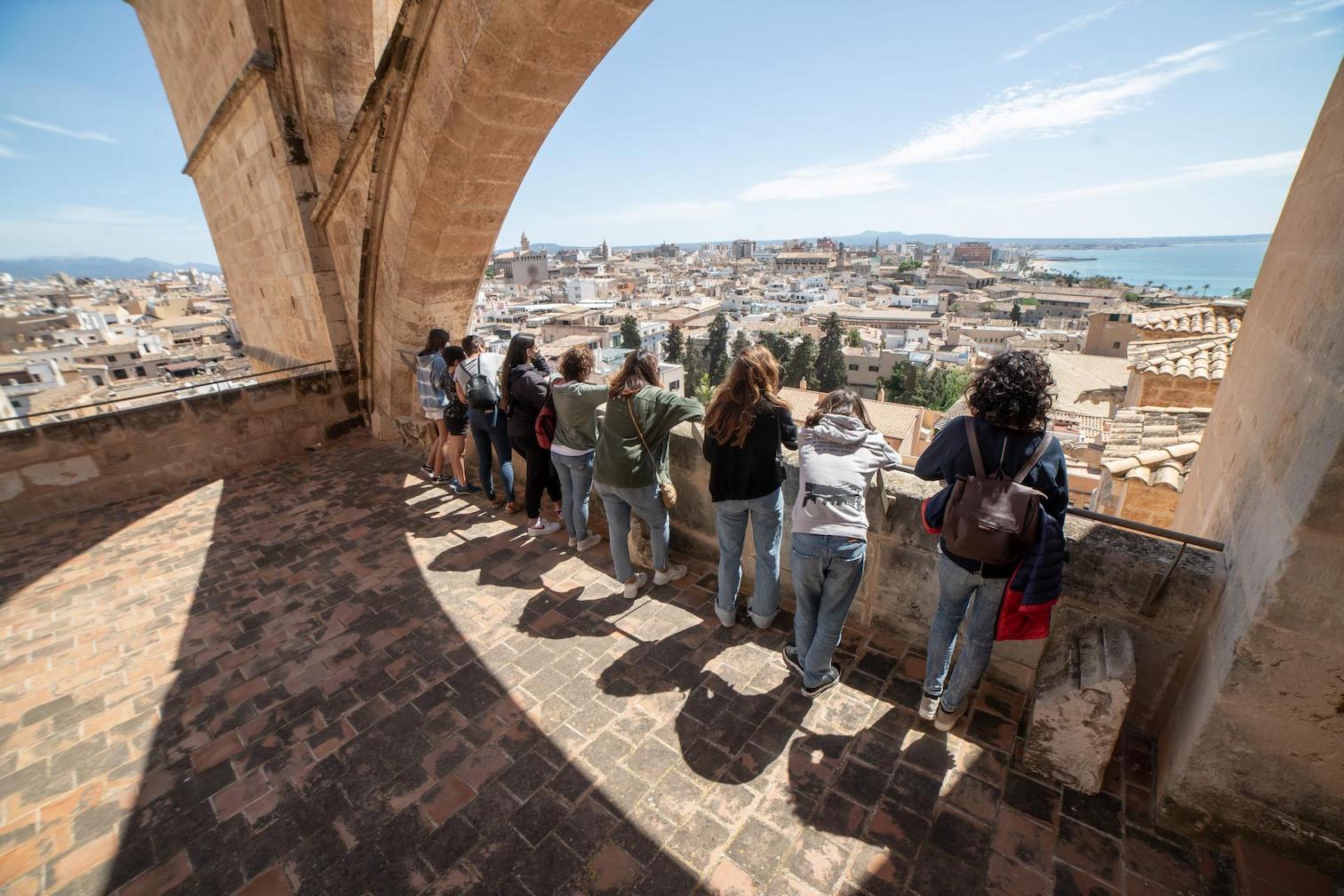 Visitors can get much better view of the rose window from the terrace and the views are absolutely stunning, but definitely not for the fainthearted.

Several different tours of the Cathedral are available in Spanish, English and German and bookings can be made in english at catedraldemallorca.org/en/tickets/guided-tour.