Autumn waders have arrived and settled on Mallorca for the winter now, and there are two in particular that are usually seen in low numbers, but are nonetheless delightful to see - these are the Dunlin and Turnstone.

A walk along any rocky beach may see them, and where there are groups of waders, always search among them to see what may be mixed in. These two birds will happily mix in with other waders, especially Sanderling, Ringed Plovers, Kentish Plovers and Common Redshanks, as these birds know where the good feeding grounds are, and there is always safety in numbers. Occasionally large flocks of Dunlin can form, but generally they will be in low figures here in the autumn and winter. 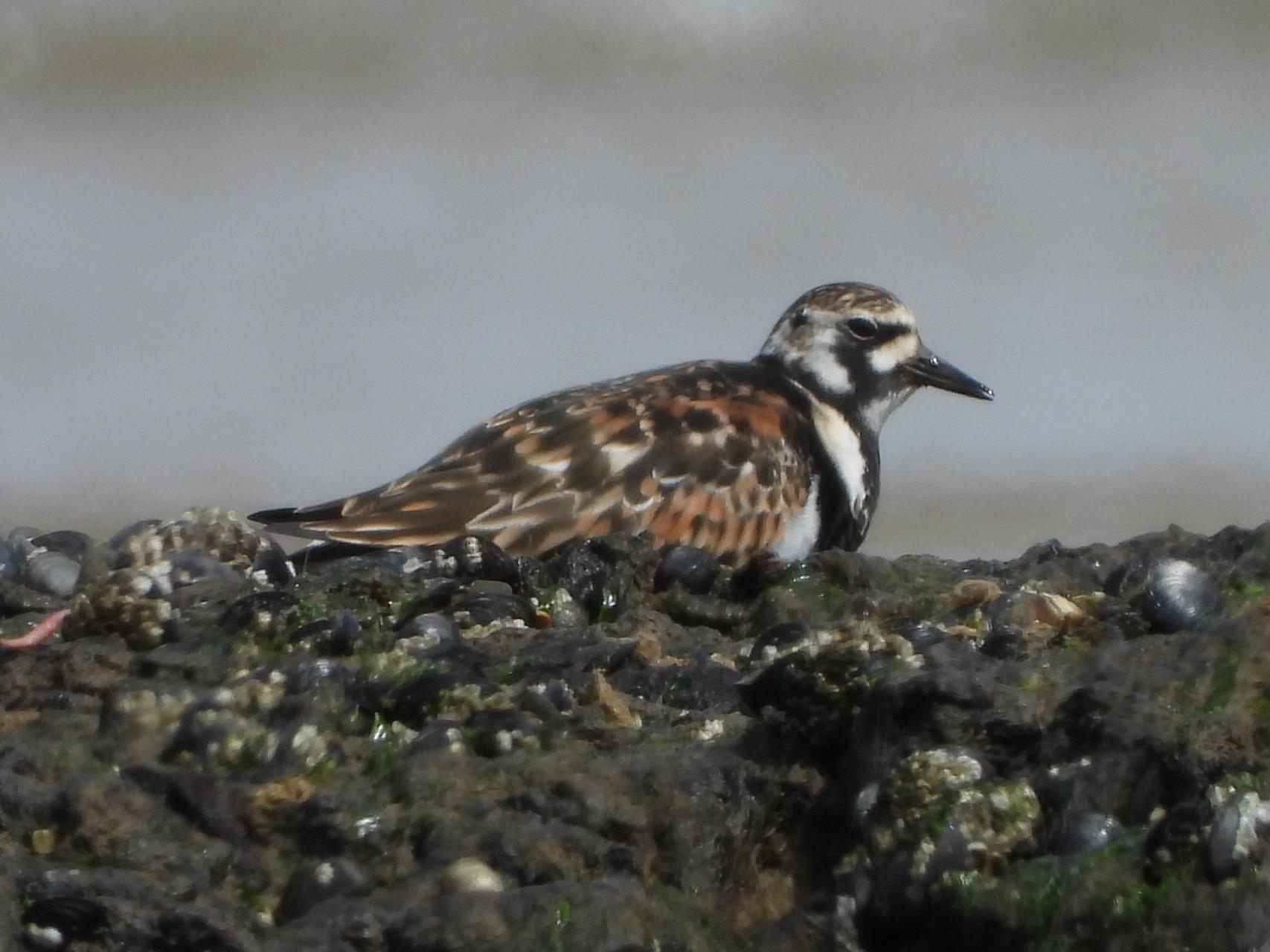 The Dunlin (Calidris alpina) is a small wader. The English name is a dialect form of ‘dunling’ (first recorded in 1531–2). It derives from dun, ‘dull brown’, with the suffix ‘ling’ meaning a person or thing with the given quality. The genus name is from Ancient Greek kalidris (or skalidris), a term used by Aristotle for some grey-coloured waterside birds. The specific alpina is from Latin and means ‘of high mountains’, although they are generally seen along the coast. 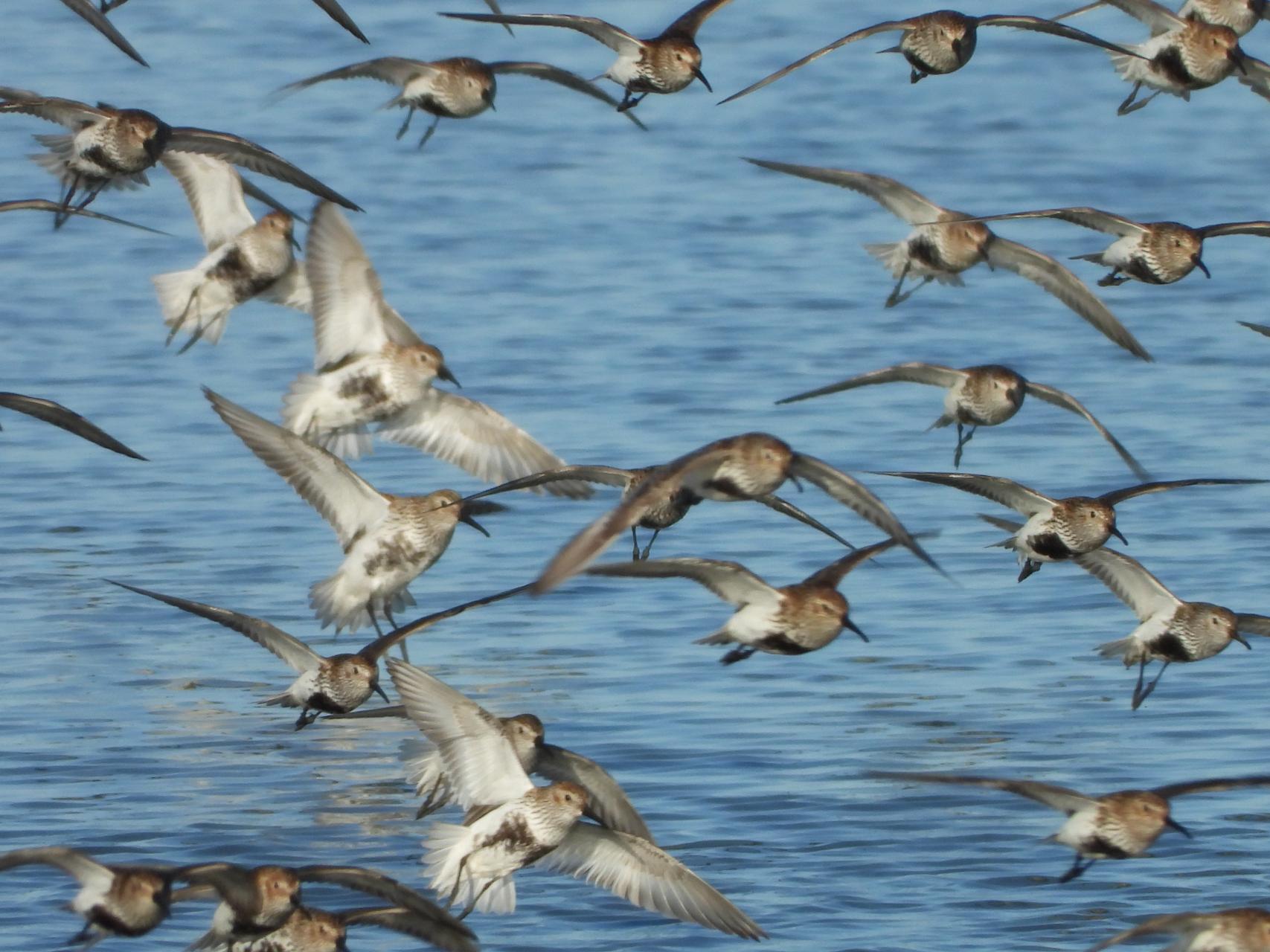 A migrant and winter visitor here, by now they will have lost the characteristic black belly, and can sometimes be overlooked amongst large groups of waders. The Dunlin can also be a real challenge at times, and there has been many an occasion I have been looking at one and at first wondering if it was something different - but having said that, it is a good way of improving your wader ID skills.

In flight, they generally look brown in colour with distinct narrow, white wing bars, and their winter plumage is an overall pale-grey above and white below, with only slight grey streaks on the upper breast and crown. The voice is a harsh rolling ‘kreee’ in flight. Small Worms, Shrimps and Molluscs form their diet, and when feeding, they are busy and active, constantly moving.

Look for the juvenile birds too which look like a moulting adult, but the black breast patch is replaced by darker streaks especially on the flanks, with the upperparts being paler in appearance due to the buff fringes of the feathers. Along with feeding along the shore line, Dunlin are more likely to be seen in the lagoon areas and areas of marsh - the salt pans at Salinas de Llevante and the Albufera are realiable sites as is Son Real. 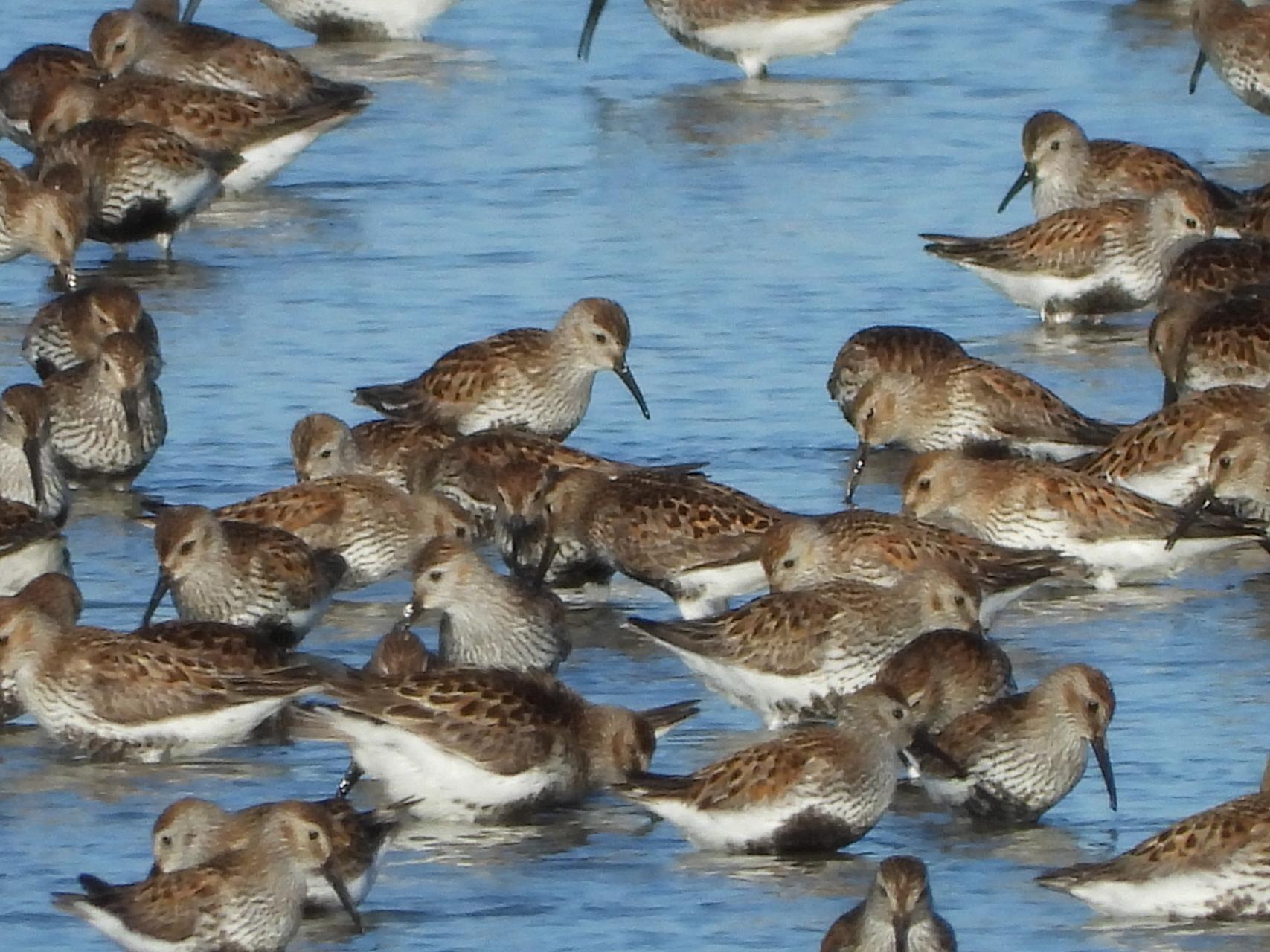 The Turnstone (Arenaria interpres) saw the genus Arenaria as introduced by the French zoologist Mathurin Jacques. Arenaria is the Latin term for ‘sand shore’ and ‘Interpres’ can literally be translated as ‘interpreter’. As the name suggests, it turns over stones in search of food. An uncommon migrant, the favoured areas to see them include Cala Gamba, Colonia Sant Jordi and Son Real.

Search well for these birds as they can blend in incredibly well amongst the flotsam and rocks. Summer migrants will have the gorgeous chestnut colouring on the back and flanks, but winter birds can look quite drab and can also be easily overlooked as just ‘another wader’. They are a stocky, short-billed wader found not just along the coasts, but on exposed rocky shores and sheltered estuaries. I have seen several perched on the exposed rocks out from Puerto Pollensa Bay, stood next to Sandwich Terns and Cormorants.

They eat a wide range of marine invertebrates, and the powerful bill can be used to good effect to break into the shells of Crabs and Molluscs. Rotting Kelp along the beaches provide an abundant source of Kelp Fly larvae, with the masses of round Neptune Grass we see washed up daily on the beaches also holding tiny invertebrates for them to feed on. This food can see their body weight significantly increase, and is a rich food source when on migration. In winter, the upperparts of both sexes are a uniform grey-brown and the head and neck is a mottled grey.

Juveniles resemble a winter adult but the dark feathers have buff edges giving a scaly appearance. In flight, the wings show bold black, white and chestnut pattering (in all ages).
So, whenever you are near to water and you spot either a single wader or a flock, check carefully, as anything can turn up. 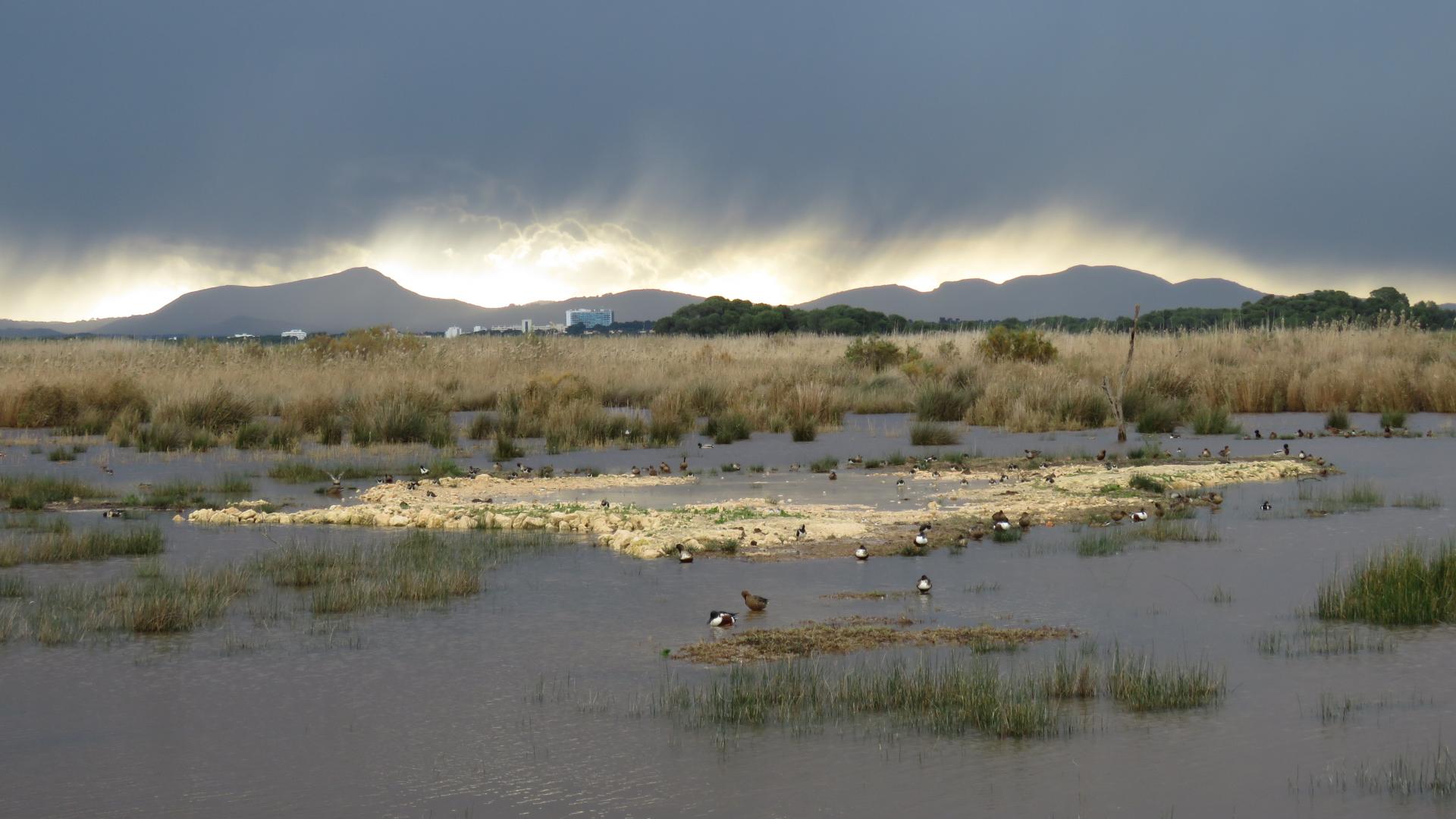 Over the years Majorca has seen some rare waders turning up unexpectedly, including Teminck’s Stint, Baird’s Sandpiper, Pectoral Sandpiper and Long-billed Dowitcher to name a few. You never know what can turn up. Of course, it is not just the autumn waders that are keeping us entertained, now is the time of year to be looking for the autumn finches which mix in with the residents, so next week I will be taking you into the world of the Hawfinch with its huge steel-coloured bill and the smaller Blackcap, amongst others.

And of course, the autumn fungi are making an appearance too, and there are some great ones to be looking out for which will feature in some autumn articles for you. Happy searching.