It happened many years ago and it looks like it’s happening again — Palma is slowly losing its chestnut vendors. Until recently there were half a dozen spots in the centre of town where chestnut vendors set up stalls selling their freshly roasted wares.

By late October, coinciding with Hallowe’en and All Saints’ Day, five or six of these stalls were already in place but this year (until last weekend) I’ve seen only one chestnut vendor in the centre of Palma — in the Plaza del Mercat in front of the Law Courts.

In the old days (the early 1960s and earlier) the seductive smell of roasting chestnuts was one of the favourite harbingers of the autumn-winter season. No one ever complained of the captivating aromas wafting from the vendors’ pavement stalls in the centre of town.

We paid about three pesetas for a brown paper cone of roasted chestnuts, the same price as a tapa in city centre bars. In the economy of 60 years ago enough people bought the chestnuts to make the business a viable little concern for the vendors, who were mainly elderly men and women. But as they went into retirement no one took their place.

By the mid-1960s the tourism boom had started and was bringing unprecedented prosperity to the island. There were jobs galore in construction, hotels, restaurants and bars and no one was interested in selling roasted chestnuts on street corners on cold winter nights.

The last vendor was an elderly woman who used to sit on the corner of Calle Jaime II and Plaza Cort swathed in several layers of clothing with scarves knotted round her neck and head, plus a heavy woollen shawl for extra warmth. 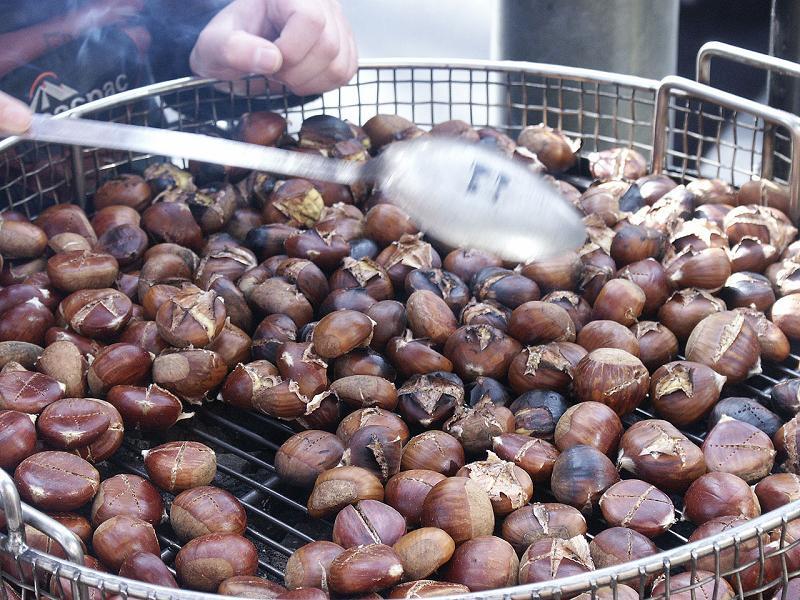 If French photographer Henri Cartier-Bresson had ever walked past with his Leica in hand (he always had his Leica at the ready) he’d have done a superb picture of her.

On cold winter evenings it was most comforting to buy her chestnuts, huddling up to her roasting pan to enjoy the heat from the glowing embers of her brazier and inhaling the delicious aromas being given off by the charred chestnuts. When she died Palma was without a chestnut vendor for a long time.

Then came the 1980s when we were hit by a recession and thousands of people lost their jobs. Some of them used their redundancy money to start up one-man businesses including small shoe repair shops — which had also disappeared during Mallorca’s new age of prosperity. Most of them are still around, showing that there is still a demand for shoe repairs.

The 1980 recession also brought back the roasted chestnut vendors. Those of the 1960s and earlier was usually elderly but the new ones were mainly in their 40s — an indication of how bad the unemployment situation was.

The roasted chestnut vendors were back again in various parts of the city centre: Plaza España, Avda Jaime III, Plaza del Mercat, Calle San Miguel, Plaza Mayor and Calle Olmos, as well as other parts of the city.

Palma had recovered an old part of its street culture and the roasted chestnut stalls flourished again. But in 2017 there was a sudden and dramatic drop in the number of stalls. As far as I could see, only two stalls were functioning: one in Plaza España and the other in Plaza del Mercat. 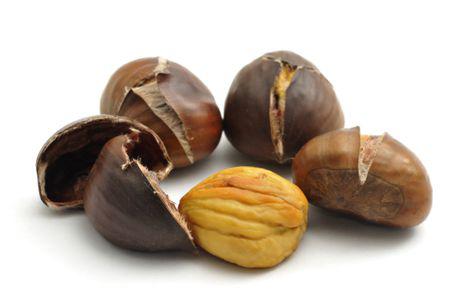 Then came the pandemic and the chestnut vendors were badly hit, as was everyone. So far this year the only stall I have seen is the one in Plaza del Mercat.

I think this must be an indication that selling chestnuts is no longer a viable way of bringing in a little extra money. That would also mean that we seem to have lost the custom of eating roasted chestnuts from street stalls.

If that has happened it would be a great pity because roasted chestnut vendors and their stalls are an attractive asset to any city. It would be rather sad if this old custom died out again as it did some 60 years ago.

We can always roast chestnuts at home, however, and the best way is over glowing embers in the fireplace or over a barbecue pit. But most of us live in flats without fireplaces and only a few of us have terraces with a barbecue pit — so we have to make do with the oven.

Flat dwellers can also roast them in special frying pans with biggish holes in the base.

These pans, which are sold in hardware stores and some supermarkets, can be used on a gas flame as well as over charcoal. Many people are turned off cooking with chestnuts by the mere thought of having to peel them, but it’s not such a difficult chore. 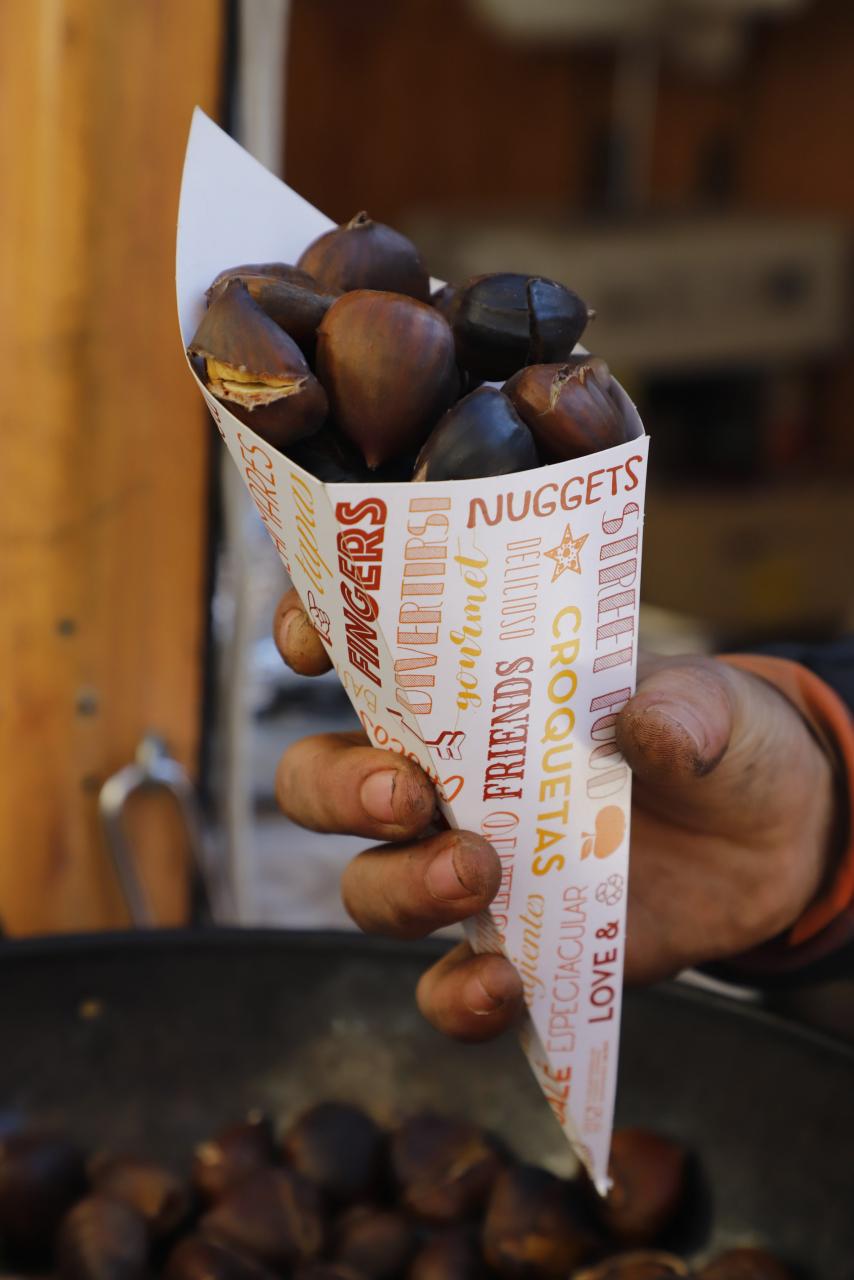 To shell chestnuts, cut a cross on the round side with the point of a sharp knife. Put them in a single layer on any kind of oven dish and add a wineglass of water. Bake them in a preheated very hot oven for 15 minutes or until the shells open. When they are cool enough to handle, shell and peel them.

Keep looking at the chestnuts while they are in the oven because some of them will open before the others.

You can also take off the shells with boiling water. Cut a cross on each shell as before, put them into a big pan of boiling water and leave them with the lid on for 10 minutes. Take out a few at a time and peel them as soon as they are cool enough to handle.

Both of these methods work well but bear in mind that the chestnuts will absorb some of the water. Depending on the recipe you are using, you may not want the extra moisture.
The roasting of chestnuts in the oven is similar to the method for shelling them except that you use a lower heat and they will take longer to cook.

Make one cut in the skin (otherwise they’ll probably explode), spread them on a metal oven sheet and bake them in a moderate heat for about 30 minutes, or until they are soft.

Shell and eat them while they are still hot. The chestnuts will be softer if you add a glass of water to the baking sheet.

If you have the special roasting pan with holes, first soak the chestnuts in cold water for 10 minutes and then make a single cut in each one. When using gas, put them on a medium heat and shake then pan around from time to time.

As the chestnuts cook, sprinkle them with drops of water. The easiest way to do this is to wet your hand under the tap and then flick the drops, of water over the chestnuts. They will take about 30 minutes to cook.

Chestnuts are the most versatile of the nut family. They can be turned into soups or braised and served as a vegetable. When boiled with Brussels sprouts they are a famous Christmas table veggie that was the favourite dish of J.W. Goethe, the German poet and playwright whose most famous work was Faust.

Chestnut purées are a popular garnish with game and chestnuts are almost obligatory in traditional stuffings at Thanksgiving and Christmas. They also appear in a huge variety of desserts, including ice cream.

The reason for this versatility is that chestnuts, unlike other nuts, are low in fat and high in starch. Most nuts contain 50-70 grs of fat per 100 grs but there only 1,5 grs of fat in 100 grs of chestnuts.

Chestnuts contain 42 per cent of carbohydrate and it is this high starch content that makes them so useful for cooks.

A chestnut purée is an excellent pairing for all game dishes but it is also delightful with just about any kind of meat. Try it with roast lamb, chicken or even beef.

Shell and peel the chestnuts as described above, or by any method you already use. Steam or simmer them in a small amount of water until they are soft. You do not want water-laden chestnuts for this dish.

When ready, put the chestnuts through the finest blade of a mincer or do them in a food processor. Transfer the minced chestnuts to suitable saucepan and add the stock. Stir with a wooden spoon until well blended and very hot. Just before serving, stir in the butter, the roasting pan juices and the cream. Stir well and add salt and pepper to taste.

You can use this chestnut purée to make a lovely stand-by spread or dip that is suitable as a starter or a snack.

Mince two lightly sautéed chicken breast fillets and combine them in a bowl with about 200 grs of the chestnut purée, three tablespoons of finely chopped celery, mayonnaise to taste, plus salt and pepper. Serve it with savoury biscuits, toasted pita bread, cream crackers or wholemeal bread.

Braised chestnuts can be used as a vegetable. Arrange 500 grs of shelled and peeled chestnuts in a saucepan in a single layer. Add enough strong vegetable or chicken stock to cover and simmer for about 45 minutes, shaking the pan from time to time, especially in the last 15 minutes.

When the chestnuts are soft enough the stock should have reduced to a glaze. Just before serving them, swirl in 50 grs of saltless butter cut into small pieces.

Chestnut croquettes can be served with a salad as a vegetarian main course, but you can also have them with game, poultry or any grilled or roasted meats.

Steam and purée the chestnuts as in the previous recipe Put the purée into a saucepan and add the milk .and the herbs of your choice.

The quantity of milk needed will depend on how much water the chestnuts absorbed while being cooked. You may not need the full amount of milk, so start off adding it slowly.
Cook the mixture over a low heat until it is thick and comes away from the side of the saucepan. Add salt, pepper and freshly grated nutmeg to taste.

When the mixture is cold, form into round or oval croquettes, coat them with flour, dip into beaten egg and finally cover them with breadcrumbs. Deep-fry in hot olive oil until nicely golden and serve immediately.

Simmer the shelled and peeled chestnuts in a mixture of water and milk for 45 minutes or until soft. Drain the chestnuts and blitz in a blender. Cream the butter, beat in the egg yolk and then mix in the chestnut paste and sieved icing sugar alternately.

Add rum and work until the mixture is firm. Leave to harden a little and form into small balls. Roll them in powdered chocolate.

Another simple after-dinner nibble is Italian chestnut fritters. Pound 250 grs of very soft boiled chestnuts in a mortar or mash them with a fork.

Add sufficient milk to make a batter and stir in a pinch of salt, a few roughly chopped seedless raisins and some chopped pistachio nuts.

Drop spoonfuls of the mixture into deepish hot olive oil and fry until of a deep golden colour. Drain and serve hot, sprinkled with caster sugar to taste.

When buying chestnuts make sure they are from Galicia (which are among the finest in the world) and also get the plumpest ones you can find.The best Galician chestnuts are currently selling at around €7 a kilo.