The names given to the starchy root veggies of the sweet potato family represent an overgrown jungle you should avoid trying to penetrate. Depending on which country you are in, the tropical sweet potato can be called a boniato, white yam, Cuban sweet potato, camote, kumara or Florida yam.

That’s just seven names but there are dozens more. Dozens and dozens more. Fortunately, for those of us who live in Majorca, we can get by with only three names.

The Spanish call them boniato (also batata) and they are a plant of the Convolvulaceas family. At the Mercat d’Olivar, the Santa Catalina market and fruit shops and supermarkets there are two basic kinds: those with white flesh and those with an orange-coloured pulp.

Americans call them yams, a plant of the Dioscoreaceae family of which there are many species. The yam got its name when Portuguese slave traders saw roots being dug up in Guinea on the West African coast. Asking what they were, the answer was ‘nyami’, which simply means ‘something to eat’ in Guinean.

So the Portuguese word for yam became ‘inhame’, the French called it ‘igname’, the Spanish said ‘ñame’ and in English it became yam.

The introduction of the potato (Solanum tuberosum) to England is another helter-skelter of names that include theories about Sir Walter Raleigh and Sir Francis Drake.

What is known for sure that the first potatoes to arrive in London were of the sweet tropical variety and they were called sweet potatoes, which have the botanical name of Ipomoea batatas…which brings us back to the Spanish name of boniato. 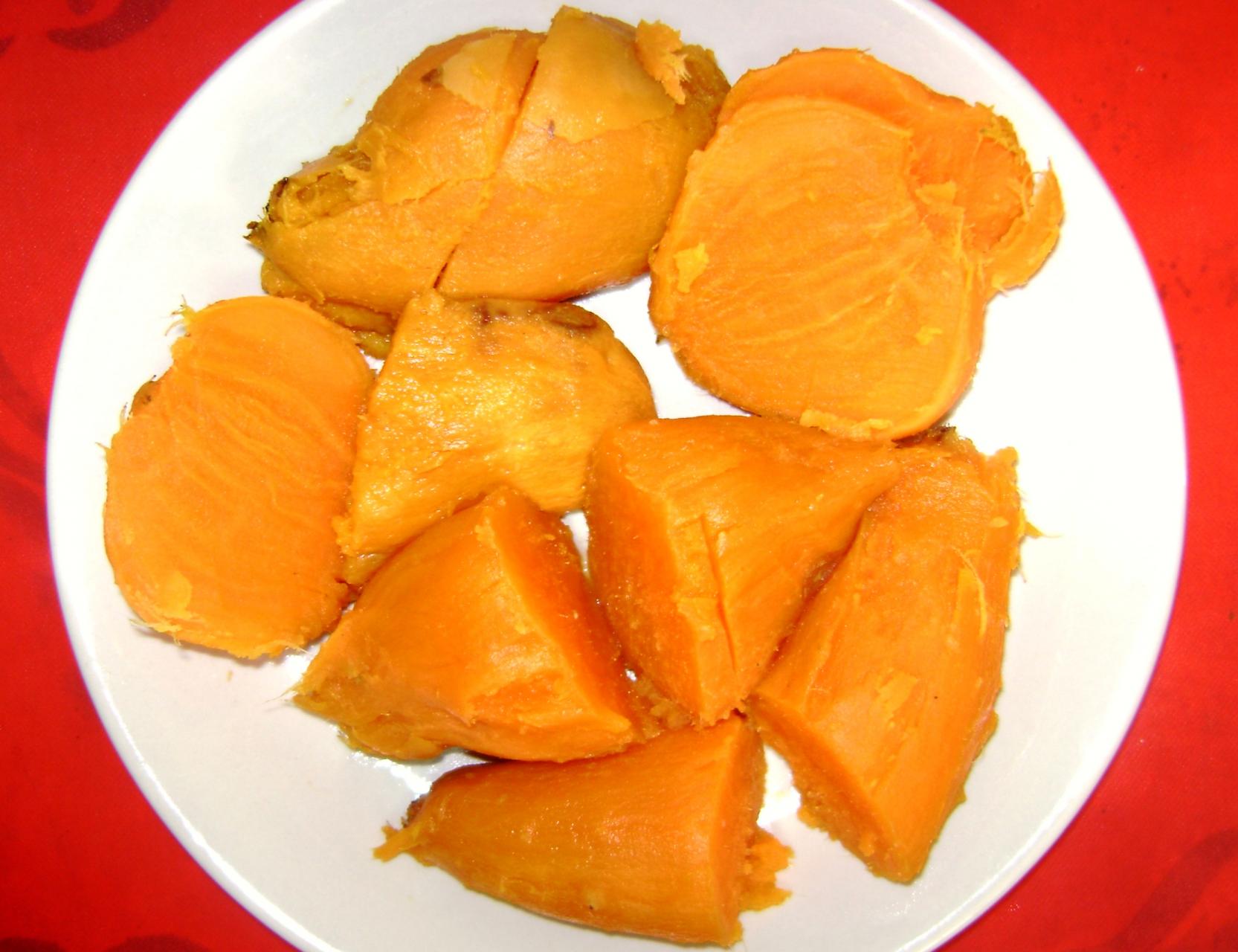 So when buying at local markets or talking to Spaniards, called sweet potatoes boniatos. British people should say sweet potatoes in Anglo-American circles and Americans should learn that sweet potatoes are yams and vice versa. In sweet potato conversations that will make everything a good deal easier.

A wide range of starchy root veggies are found in Africa and with the influx of African immigrants these veggies are now available at local markets, neighbourhood fruit and veg shops and most of the supermarkets.

The first boniatos arrived in Spain around 1537 and it was Columbus who brought them from Peru. Those first plants were taken to Málaga and they liked the climate so much they flourished: Málaga is now famous for its boniatos.

Boniatos are also grown in South Africas, Israel, China, Egypt, Mexico and Brazil. They are exported all over the world and are on sale in Britain — but I don’t know any Britons who make them.

Yet some 400 years ago the English were eating huge quantities of sweet potatoes because rich and poor were hooked on all sweet foods. The common potato didn’t become popular in England until later.

Americans, however, are still extremely fond of sweet potatoes and eat them all year round, and especially at Thanksgiving and Christmas.

I first ate boniatos some 55 years ago and it was at an American friend’s home. I adored tucking into the mound of buttery orange-coloured mash.

Resident Americans have never had any difficulty finding boniatos for traditional meals because Majorcans are also fond of them and they are available at market stalls and supermarkets all over the island. 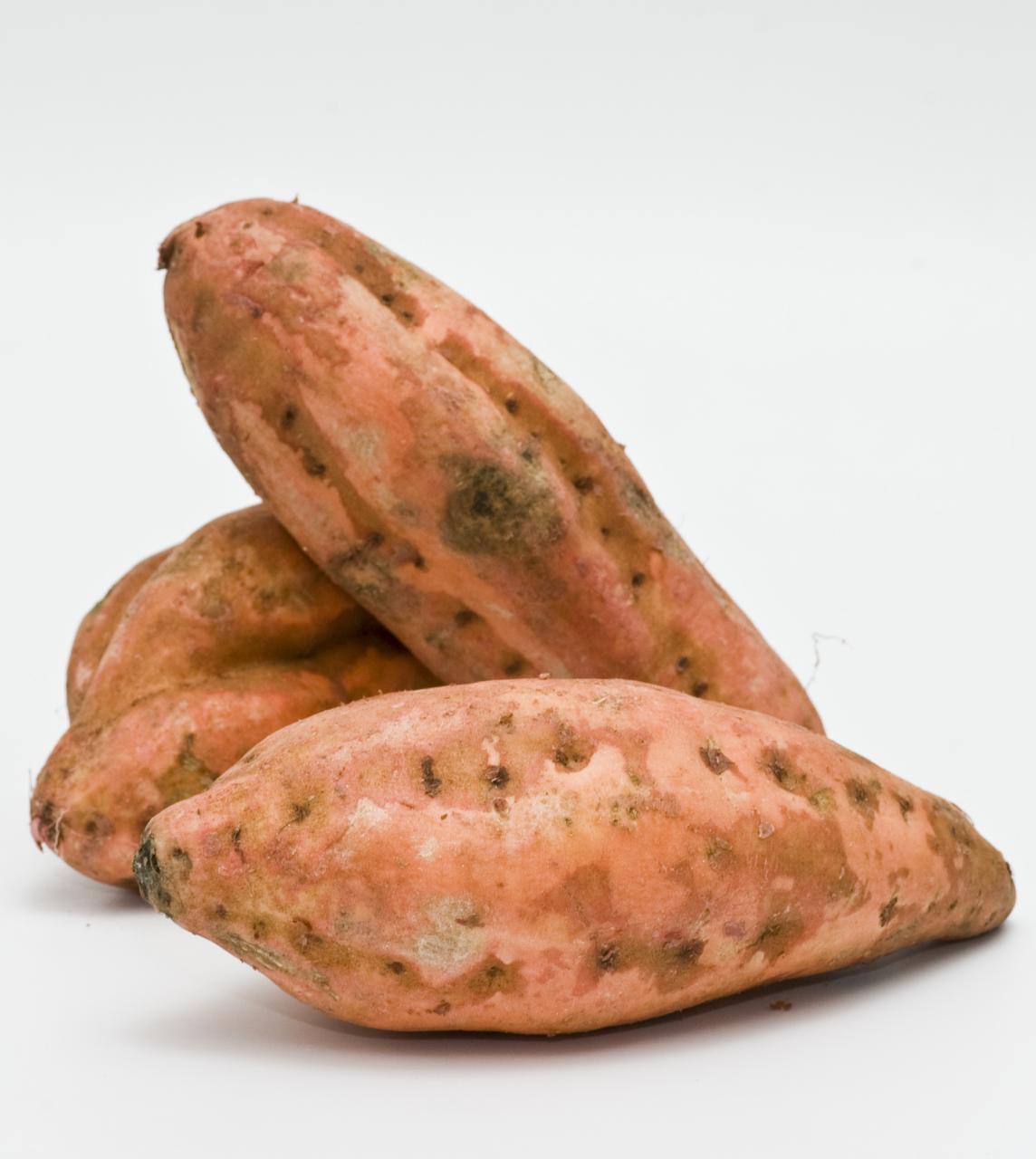 Majorcan cooks use them in a wide variety of sweet and savoury recipes but even so they are not as popular as they used to be. Most young Mallorcan housewives never buy them and wouldn’t know what to do with them.

Some cookbooks would tell them to treat boniatos in exactly the same way as potatoes, but that’s far from true. Boniatos can be boiled, roasted, fried, baked in tinfoil and mashed, but with varying degrees of success.

If you are boiling them they must have their jackets on to ensure they don ’t become waterlogged: if water gets in they lose a great deal of their taste. And as their subtle flavour is a great part of their charm, you don’t want to tamper with it.

I find they are quite unsuitable for frying, mainly because they become very oily and their high sugar content makes them caramelise quickly. At a couple of restaurants, however, I’ve had boniato chips that were crunchy and free of residual oil. So it can be done.

Boniatos are excellent when baked in the oven or over glowing embers, split down the middle and smothered with butter. Although they are already sweet, some Majorcan cooks like to add a drizzle of honey and warm spices such as cinnamon.

You’ll find two varieties at the market: those with yellow-orange flesh and those with white. Most people prefer the coloured one because when cooked by any method the orangey pulp has a rich inviting look — they also contain carotene which makes them much more nutritious.

Always make sure the skins are undamaged or they will absorb water when boiled. Those with broken skins can be wrapped in tinfoil and baked in the oven. It helps if they are roughly of the same size.

But that’s not easy because boniatos are one of the most misshapen root veggies and their complete lack of uniformity means they never cook evenly. For most recipes that is not too much of a problem, but you must remember to test them in the thickest part.
As sizes vary so much, it is impossible to give exact cooking times. Textures also vary so they, too, must be taken into account.

A guideline for those who have never cooked them before is that a single 500-gr boniato will need about 90 minutes in a moderate oven.

Roast sweet potatoes are on the menu at the Bulletin’s Thanksgiving Day celebration on Thursday of next week, so that will be an easy peasy way of trying them — as well as a lovely traditional meal at Can Eduardo, by the fishing port.

This Thanksgiving Day menu, which costs €30 per person, starts with bread, aioli and olives, and then cream of autumn vegetables with garlic croutons and chives.

Dessert is apple tart, ice cream and cream. The drinks are white, rosé or red wine, beer, water and coffee. The meal, which includes a bumper raffle, will be served at 1.30 pm.
To make a reservation call Cathy on 971-788405 Monday to Friday from 9am to 2pm with your choice of main course and card details.